Women from 23 states march for rights

NEW DELHI: Thousands of women descended on Delhi from all over the country. They came on buses, trains, trekked long distances on foot and then walked in torrential rain (see video) with grit and determination. Carrying tired babies, in torn chappals, lugging bags with some clothes and food, the women travelled to the national capital from 23 states to ask for gender security, food security and job security.

Shouting “haat me kaam do, kaam ka pura dam do” (Give us work now, and pay for it in full) the women were well aware of why they had travelled the Delhi. They knew what they were marching for. There was no ambiguity. The Citizen reporter walking through the orderly lines was surprised at the political determination of visibly poor women, many of them landless labourers, and all having a story to tell. Stories of hardship made worse by price rise, and the linking of ration cards to Aadhar cards which have deprived many of the one source of cheaper food that had earlier been available to them.

- Arrest those responsible for the increasing violence against women and children instead of letting them go scot free. This includes the vigilante groups attacking and lynching men in different parts of the country. This has to be stopped and justice and compensation given to the victims.

- Delink Aadhar from ration cards. Families have been impacted by this stipulation, with people dying of malnutrition and hunger as large sections of the poor do not have Aadhar cards. Universalisation of rations is a must.

- Women should have access to dignified labour. And wages in direct proportion to the work. Job security should be ensured as at present women are the most discriminated against in the job market.

Surprisingly – or perhaps not so – despite the huge numbers of impoverished, visibly poor, and yet determined women marching for their rights on Parliament Street, in the heart of Delhi, the big television channels and media looked the other way. With a couple of exceptions at most the march and the demands were ignored, in yet another concerted blocking of news. 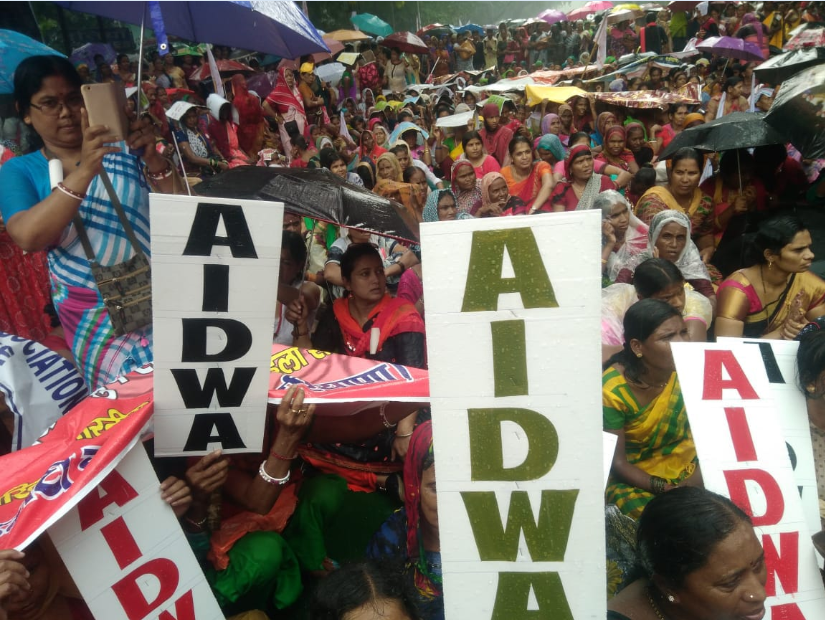 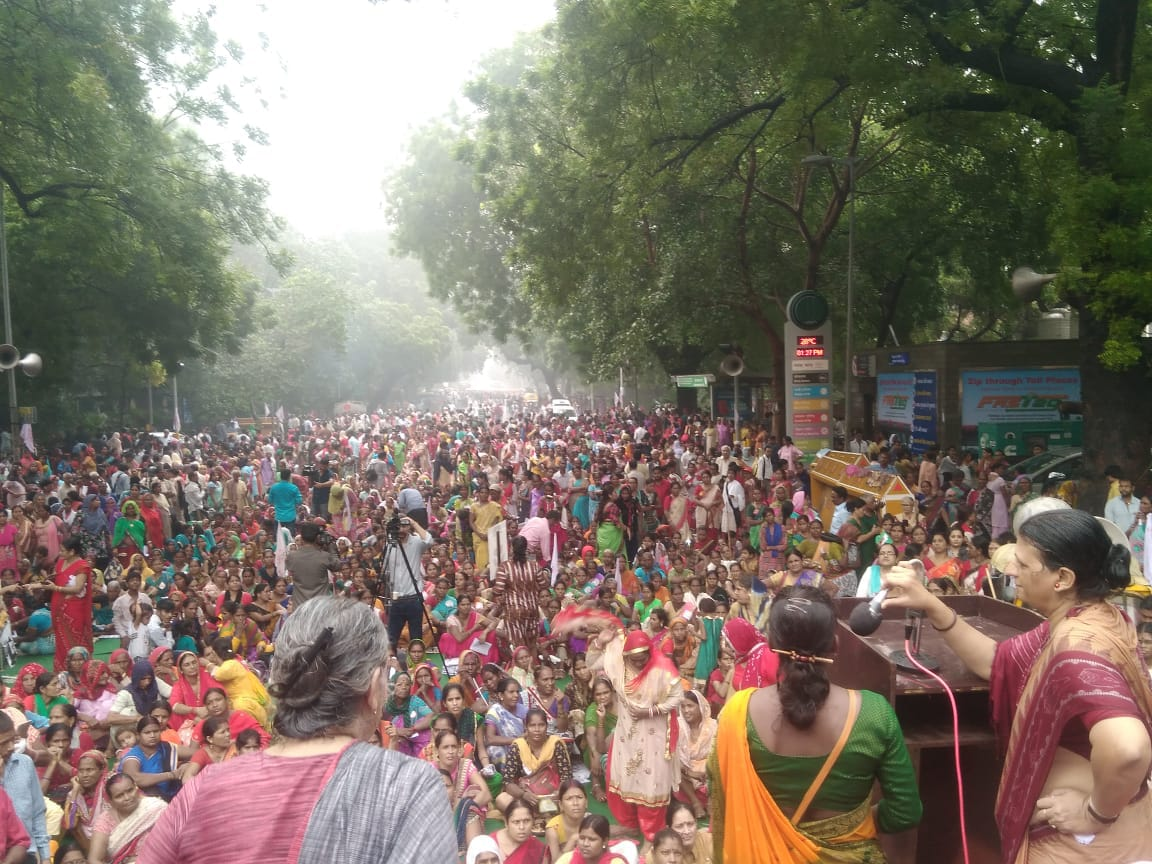 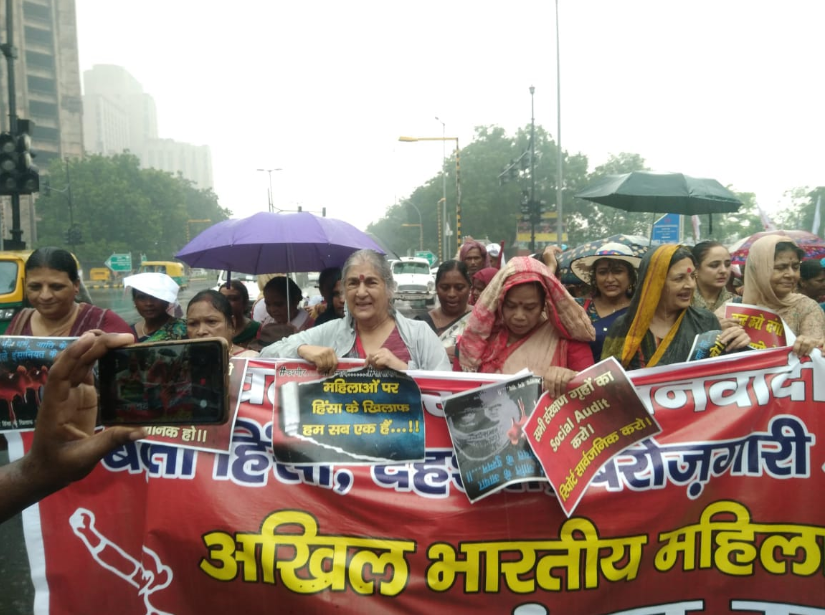 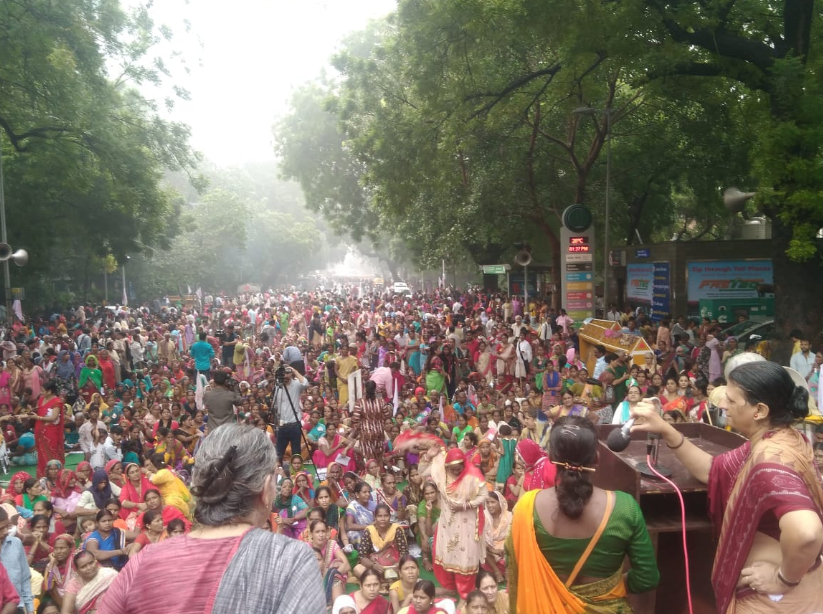