A September of Protests

Ushering in a winter of protests

NEW DELHI: In the words of M.K. Gandhi, “Silence becomes cowardice when the occasion demands speaking out the whole truth and acting accordingly.” During the past week India has seen several protests in Delhi which have challenged the central government’s coercive policies and actions. The growing protests demonstrate anger, dissatisfaction among working-peasantry class, women, political cadres and rights activists.

Th economy took over on September 10 with the Congress, Left and other Opposition parties calling for a Bharat Bandh against rising fuel prices and devaluation of the Indian rupee in the international market. The bandh had an impact across the country, including the northeast with Itanagar and other state capitals reporting the closure of commercial establishments, schools and other institutions.

The TMC said it supported raising the issues that had led the opposition parties to call the Bharat Bandh on September 10, but that the West Bengal government would take all measures to maintain public utility services on Monday as it opposed a shutdown. The BJD said that although it was against the fuel price hike, it would not support the bandh. AAP took a similar stand in Delhi.

Delhi was home to huge protests, each registering mass participation from states across India. Thousands of women from at least 23 states marched in Delhi on September 5 to the slogan, “Haat me kaam do, kaam ka pura dam do” (Give us work now, and pay for it in full). This was followed by a march by almost one lakh workers and farmers on Parliament Street, in the heart of the national capital. 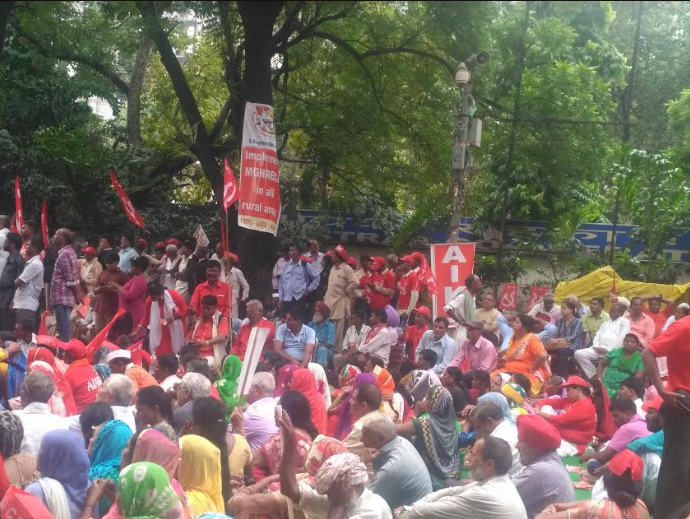 CPI(M) leader from Tripura Sankar Prasad Dutta told The Citizen that this was just the beginning. “We are going to organise more intensive protests and make people aware about shortcomings and wrong doings of Modi government,” he said.

Rachit Seth, a social media activist contributing independently to the online campaign of the Congress party was categorical. The bandh, he said, will be organising “more intensive protests especially in the BJP governed states of Rajasthan, Chhattisgarh and Madhya Pradesh. Our major demands would be to bring the petroleum prices under the ambit of GST and reduce the price by Rs10 to 15.”