Mother's March to Parliament: Where Is Najeeb?

The Citizen reports from the spot

NEW DELHI: Two years ago, Najeeb Ahmed, a first-year MSc student of the Jawaharlal Nehru University, went missing after a brawl with members of the Akhil Bharatiya Vidyarthi Parishad (ABVP) in Delhi.

Since then, there has been no information on his disappearance. On October 15, exactly two years after his disappearance, Fatima Nafees, mother of Najeeb Ahmed was joined by others – Radhika Vemula, whose son Rohith Vemula committed suicide at the Hyderabad Central University, and Saira Khan, whose young son Junaid was killed by a mob on a train from Delhi – in a protest march to Parliament.

Few political leaders attended the march, despite promises to do so. Meenakshi Natarajan of the Congress was present, as well as activists and student representatives from current and former student unions of JNU, Jamia Milia Islamia, Delhi University and Aligarh Muslim University. 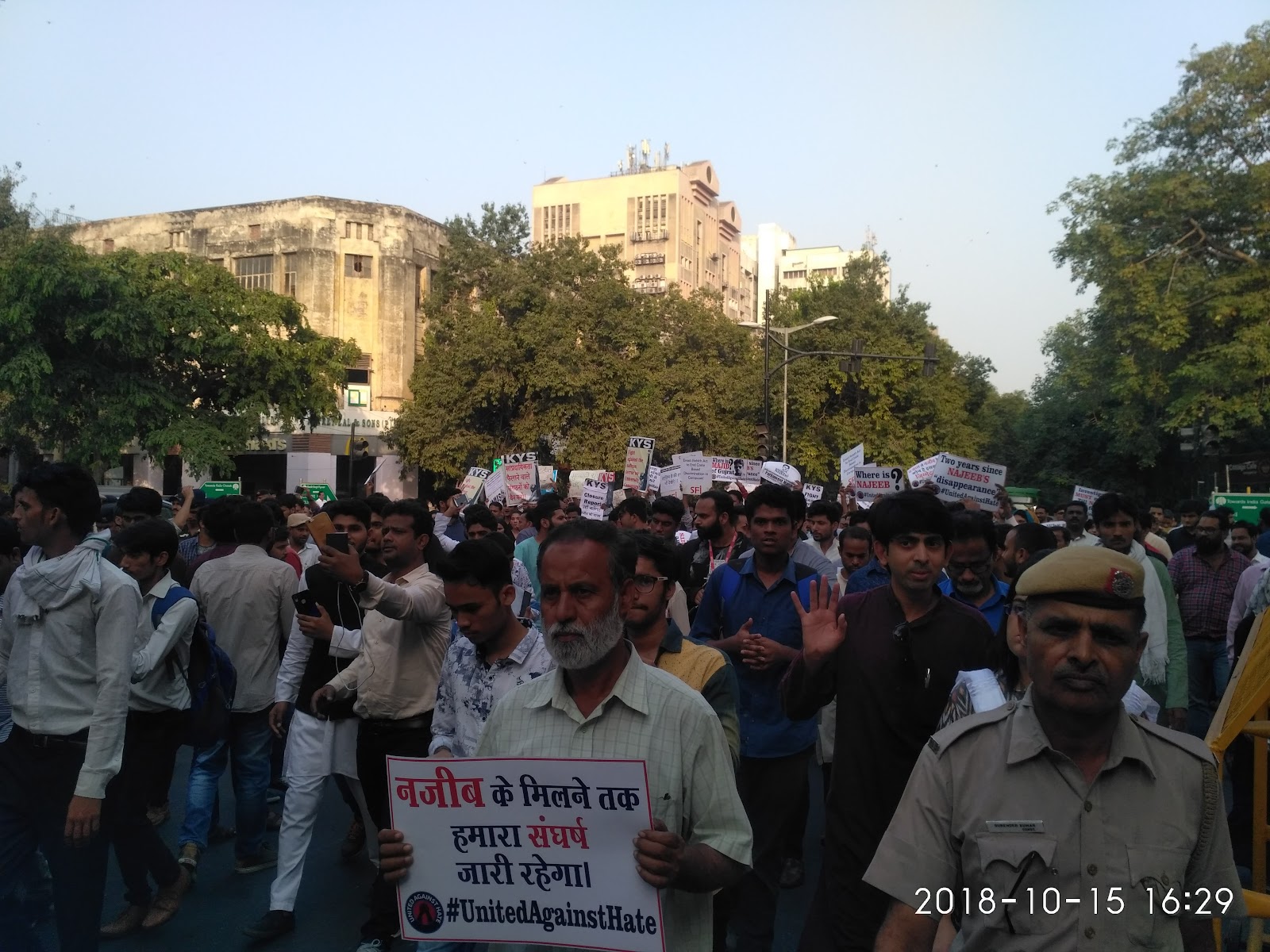 Speaking to the press, Fatima Nafees said, “I am absolutely disheartened with the attitude of the Vice-Chancellor of JNU.” She alleged that the administration and the JNU VC, M. Jagadesh Kumar, have been very insensitive. She also said she would keep fighting for justice, adding, “I have faith in our Constitution and judiciary.”

The Delhi High Court on October 8 allowed the Central Bureau of Investigation to file a closure report in the case relating to Najeeb Ahmed's disappearance.

Colin Gonsalves, Nafees's counsel, opposed the CBI’s submission. He accused the agency of protecting the accused by not interrogating them. In an interview given to PTI, he said, “The CBI has succumbed to the pressure of its masters. It has failed to conduct the investigation in a fair and true manner. Why was the CBI not doing a custodial interrogation of the accused?”

The Citizen spoke to various activists and students present at the rally. The narrative common to all their statements was, “The government is failing to act and provide justice, and the ABVP has succeeded in creating a culture of fear. The situation on campuses has changed because the atmosphere in the country has changed." 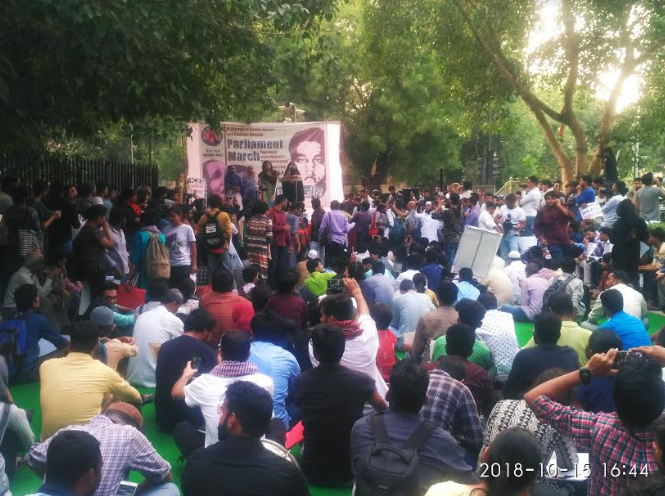 Speaking to The Citizen, students at the rally who didn't wish to be named were critical of the government's partisan involvement in campus violence: “The ABVP has the political backing of the central government and members of it get away with their wrongful actions.” The violent clash that happened in Ramjas College last year, where the ABVP, which is the student wing of the RSS, attacked the audience with stones at a seminar is one of many examples.”

Of the CBI investigation, student leaders present at the rally said, “Enquiries happen, but it hardly leads to any result.” So too with Najeeb Ahmed's disappearance, or disappearing. "There has been no response from the CBI and no information on Najeeb for the last two years, and now the CBI is trying to close the case."