NEW DELHI: The Press Information Bureau, in existence to promote the achievements of the government and its ministries and ministers, has lost sight of its primary task, having decided to focus just on Prime Minister Narendra Modi.

In all, between January 1 and September 23 this year, it issued 542 press releases relating to the prime minister.

An obvious loser is the ministry of external affairs. Only 9 press releases relating to that ministry were issued in the same period. And the PIB hasn't released a single video in the last two years on behalf of the MEA.

The PIB's Photo Division released just 42 photographs on the foreign ministry's behalf. Sushma Swaraj, the external affairs minister, featured in only four of them.

This interesting survey was conducted by Media Studies Group.

The number of press releases on behalf of the prime minister: 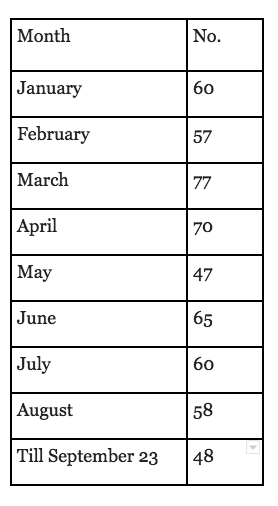 On the basis of information available on the Hindi website of the PIB, the study underlines the fact that its Prime Minister’s Unit publicised the PM’s foreign visits through press releases, speeches and photographs. His other tours were also publicised to the fullest possible extent.

A total of 4067 photographs of the prime minister were released. And 1190 press releases were issued by the PM’s Unit.

On the other hand, the PIB appeared sluggish in releasing external affairs minister’s photographs and video or issuing press releases for the MEA. Not a single video was released on the ministry's behalf, over the past two years.

Up to September 23 this year, the Photo Division released only four photographs of External Affairs Minister Sushma Swaraj.

As for press releases issued on behalf of the MEA, most related to approvals given by the Union Cabinet. No press releases were included that reflected the external affairs minister’s own initiatives. 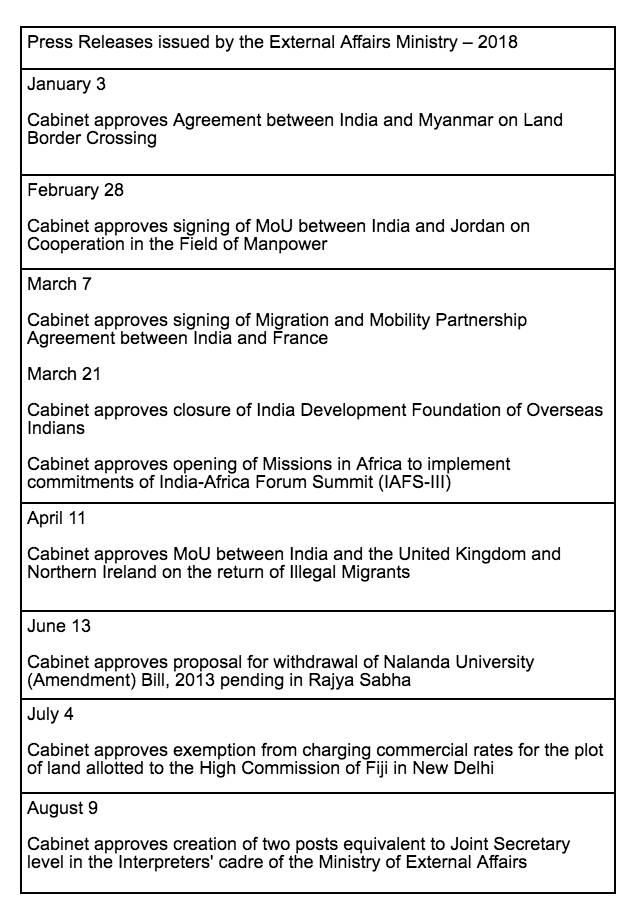 Moreover, a relatively junior PIB official has been appointed for the external affairs ministry.

The Press Information Bureau's activism seems to have been highest for the Prime Minister's Office. However, the tradition of having PIB officials accompany the prime minister on foreign tours has now been all but abolished.