At The End of The Day The Farmer Speaks

‘What Will a Woman Handle? House or Child, the Cattle or Herself?’

NEW DELHI: The city witnessed a historic farmer’s rally on November 29 and 30, to seek the passing of two legislations and discussion of the agrarian crisis in a special 21-day session of Parliament. The Citizen spoke to several farmers participating in the Kisan Mukti March, and tried to understand what we mean when we call it farmers’ liberation – liberation from what? 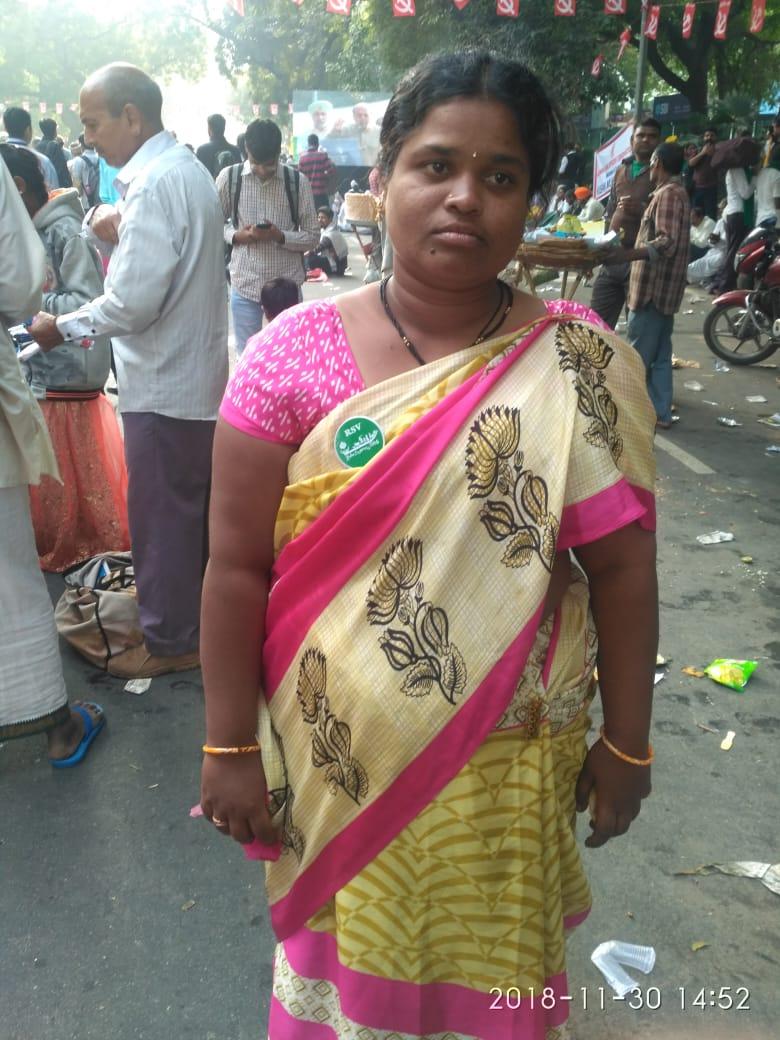 ‘My brother-in-law committed suicide 10 months ago,’ says Nikitha Raj, who hails from Kondapak Mandal in Telangana. ‘He used to cultivate cotton and groundnuts. He took loans for cultivation from the local lender as the bank wouldn’t give him loans. Burdened with debt, high input costs for the crop and a low margin of profits, he wasn’t able to repay them. He spent all our money in trying to repay the loan. We lost all our land, savings, and not being able to feed my sister and her daughters, he hanged himself.

‘My sister and I are left with no option now besides working on fields. The local lender and his men harass us continuously – he has strong connections and belongs to an upper caste family.’

On being asked why she came to Delhi, Raj replies, ‘I came with a group of women whose families have been affected by suicide. We want people to hear about our pain. There is no bill and no grievance mechanism that talks about the situation of families who have been affected by suicide.’ Tears roll down her face. ‘We will try meeting P.Sainath and tell him about our problems.’ 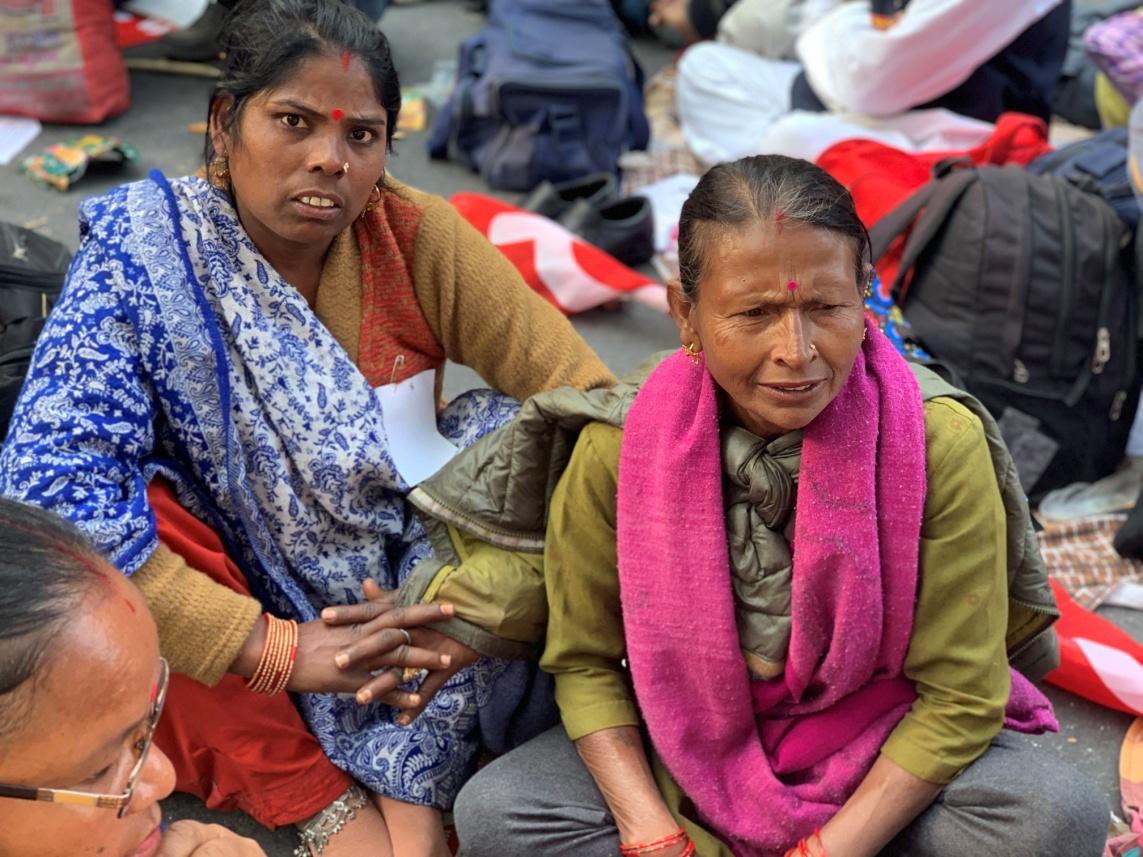 Poorna Devi, who is 55 years old, breaks down while speaking to The Citizen about the suicide of her 17 year old son. Watching as his family become burdened with debt and unable to help them with a good income, he chose to hang himself last February.

Basanti Devi, 70, who accompanied Poorna Devi here, says they don't have ration or aadhar cards. ‘We have been trying to get access to aadhar cards, but officials only issue 25-30 cards per day on a token based system. It is not possible for us to leave our daily work without being assured that the aadhar and ration card will actually be made if we visit a kiosk center,’ she says. Both are from a village near Dehradun in Uttarakhand.

She says she doesn’t have a permanent house to live in. ‘Humne nadi keenare jhopdi bana li hai’ (We have created a hut near the river). ‘But now local authorities are trying to get us evicted without promising us a proper place to stay.’

After speaking to The Citizen for a few minutes, Basanti Devi says in a tired voice how the journey from home to Delhi has been exhausting for them. Laying a hand on her forehead she says, ‘Kis kisko jawab dein? Hum toh thak chuke! Kya karein, na jau toh bolenge humara sath nahi dete.’ (How many can we answer to? We are tired! What can I do – if I don’t turn up for such rallies, they say you aren’t supporting our cause.) 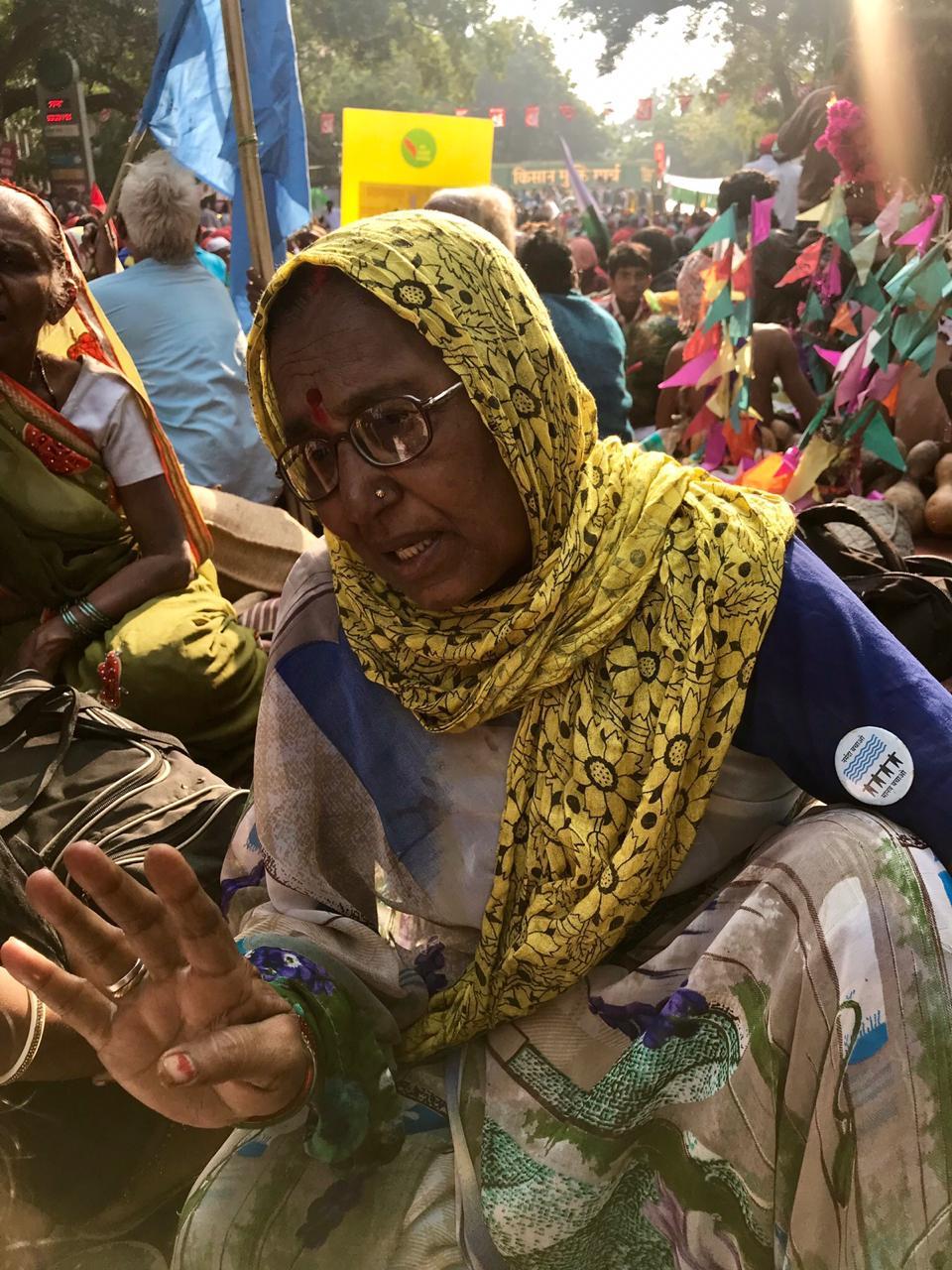 ‘What will a woman handle? The house or the child, the cattle or herself?’ Kamla Yadav, a farmer from Barwani district in Madhya Pradesh, asks The Citizen to answer her. ‘It has been a 33 year long struggle and to date I have found no resolution.’

After getting her daughter married she lives with her husband, who spends all their earnings on drink. ‘Koi dhyan ni deta, khudka dhyan khud rakhna padta hai.’ (Nobody cares. One has to take care of oneself.)

On her sources of income she says, ‘I never receive the same wage. Under MNREGA a daily wage has been fixed, but they never give us the allotted amount. And sometimes we receive less pay than the men.’ Nor is any pension provided.

Narrating incidents from her village, she informs us that most farmers often commit suicide due to their inability to repay a bank loan. On the other hand, women are left with children along with all the worries left behind by the dead. ‘There is no one who listens to our voice in the village, hence we marched to the capital,’ she adds. 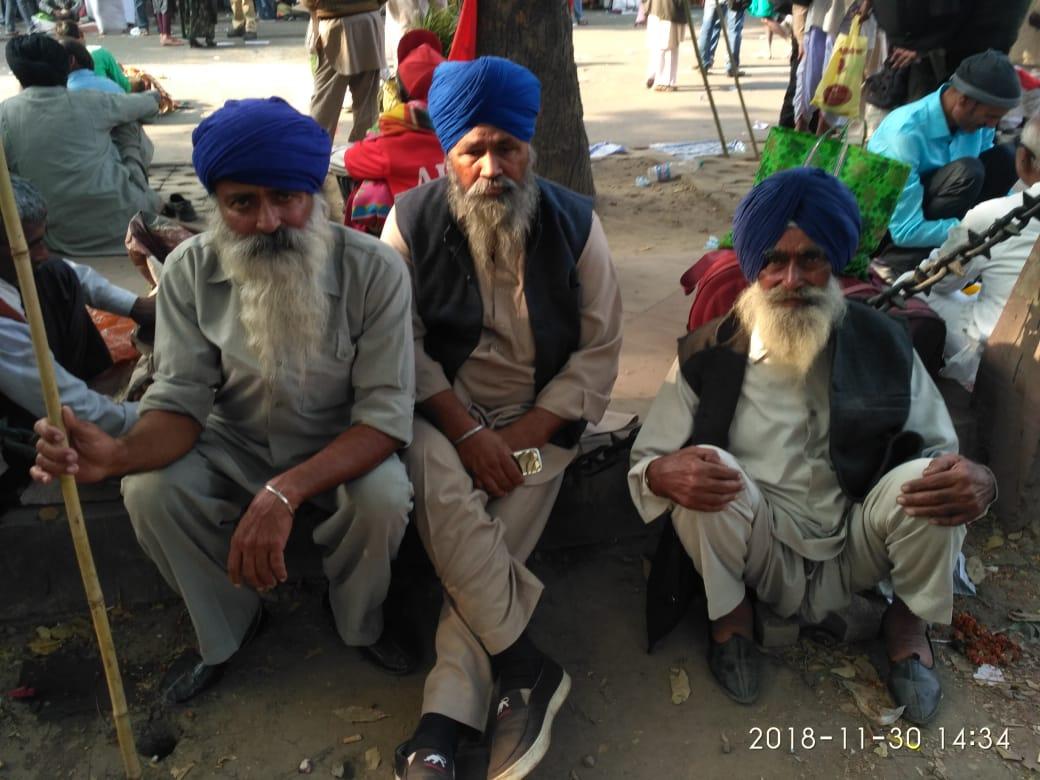 As we are speaking to other farmers, Hardeep Singh volunteers to tell the story of his village Kajra in Shahjahanpur district, Uttar Pradesh. He says farmer hardships have always been prevalent. He asks one of our correspondents, ‘Do you live alone or with family? Do you send them money?’

A government’s job is to take care of its citizens like a parent takes care of their kids, he says. ‘But all the governments have betrayed us. And the situation have worsened only in the past 4-5 years. We only know farming. We don’t know about technological development and the government rarely makes an effort to train small farmers like us. Only farmers who have several acres of land have access to technologies.’

Singh also tells The Citizen, ‘Big farmers collude with mandis (wholesale markets) and local cops. They don’t allow us to sell our produce directly in the market.’

On being asked if he is aware of the E-National Agricultural Market (e-NAM), he says ‘Internet toh de nahi sakti sarkar, chhote kisanon se ration online kya kharidegi?’ (The government can’t even provide us internet, how will they buy ration online from small farmers?)