A Huge Political Victory for Mamata Banerjee: 'She Fought Like a Tigress', Says Shiv Sena Along with the Entire Opposition

NEW DELHI/KOLKATA: The Supreme Court today restrained the Central Bureau of Investigation from arresting Kolkata City Police Commissioner Rajeev Kumar. It has, however, directed Kumar to make himself available for investigation by the CBI in relation to the Saradha chit fund scam case. The apex court has also ensured that the questioning of the Police Commissioner will take place in Shillong, a neutral place.

West Bengal Chief Minister Mamata Banerjee hailed the court direction as a “moral victory.” As did the BJP, with Union Minister Babul Suproyo in a tweet describing the Trinamool Congress leader as “delusional.” He maintained that the CBI team had only gone to question Kumar, not arrest him. And that the court had basically endorsed the CBI and allowed it to question Kumar on the charges of corruption.

However, while the court battles will continue, the perception is all important before the Lok Sabha elections. And perhaps NDA ally the Shiv Sena put it best by placing its Maharashtra weight behind Mamata Banerjee, with its mouthpiece Saamna stating that Banerjee “fought like a tigress.” The editorial said that the BJP is desperate to fill the shortfall of 100 Lok Sabha seats and was therefore pulling out all the plugs in states like West Bengal. “We differ with Mamata Banerjee in our political views. But the tigress of Bengal has fought valiantly,” the Saamna editorial stated.

Banerjee has managed to sharpen the political focus and gain points in the fracas, where the CBI team rushed to Kolkata hours before the new Director was to take over. This has annoyed sections of the bureaucracy, with officials wondering “why the haste”, when the agency could have waited till the next morning when the newly selected Director was to assume office.

Banerjee, backed by the entire Opposition, has emerged as a top leader with all the Opposition leaders rushing to embrace and support her. What the BJP and critics might have described as “drama” turned out to be high intensity politics with Mamata Banerjee establishing one, that her officials are safe under her; two, that the centre will not be allowed to violate federal principles and ride rough shod over West Bengal; three, that she is fearless and is prepared to step down from the comforts of a chief minister's residence to the streets at the drop of a hat.

This last has served her well with a cross section of persons spoken to in Kolkata praising her. The list also included Left supporters who felt that Banerjee had played an ace.

In a polity where the CBI has been further damaged by the ‘operations’ against it by the centre itself, with former Director Alok Verma being dragged into an unseemly controversy, the investigating agency has lost credibility. Sources said that the use of the CBI against Opposition leaders who were set to perform well in their respective states on the eve of the Lok Sabha polls was evidence enough, with Banerjee’s dharna focusing attention on this “misuse” of the institution.

A senior Opposition leader from Bihar said that the states where the Opposition is in power have now “learnt a trick or two from Didi, and will not easily allow CBI teams into their states.” The lack of confidence the BJP displayed in the new Director is also being questioned, with sources wondering, “What was the need to rush a team into West Bengal? They could have waited for Rishi Kumar Shukla to take over the next morning.”

Banerjee has also demonstrated the power of a state government in a federal polity, giving the Opposition “new matter for thought.” Already very popular in West Bengal, the Chief Minister has gained more support for standing up for the state and having the courage and guts to ward off central intervention. As a senior journalist in Kolkata said, “This kind of street action has earned admiration, not many here look upon it as drama, and as you know we in West Bengal are very possessive of our autonomy.”

The Shiv Sena was categorical that it was not BJP vs Trinamool Congress in West Bengal, but Modi vs Mamata Banerjee. All Opposition leaders have come out in support of the West Bengal government and ruling party, with the developments bringing the political parties and leaders closer together against the BJP. The Left however, remains isolated in this instance. 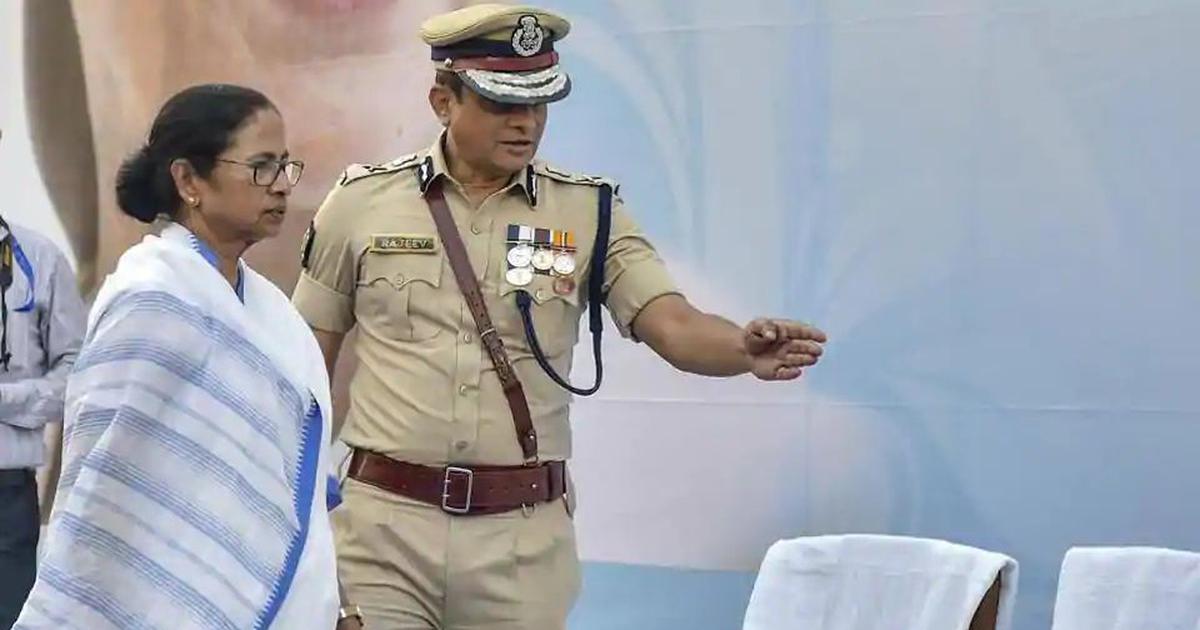