LUCKNOW: Former Uttar Pradesh Chief Minister Akhilesh Yadav was stopped by CM Yogi Adityanth’s police from boarding a flight to Allahabad where he was scheduled to attend a student union program at the University. “They (CM) are using it as a cover to hide their nervousness because our youth had enough,” Akhilesh Yadav said after he was “detained” by men who blocked the stairs leading up to the aircraft, and tried to stop him physically from moving ahead.

The move by the state government has recoiled on Adityanath with Bahujan Samaj party chief Mayawati also issuing a statement in support of her ally. She said it was a highly undemocratic mov, and an “example of total dictatorship pof the BJP government.” 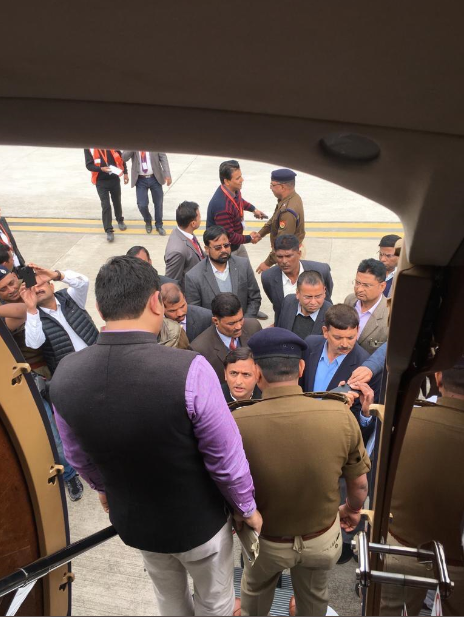 It does seem to be a panicky gesture prompted, as the BJP government stated, by apprehension that the Samajwadi party leader would create a law and order situation. As Akhilesh Yadav said, that this was just an excuse as if there was any such possibility the police could have approached him to change his schedule, or the venue. As he pointed out, he would not have hesitated to do so if there was any such apprehension.

“But to be stopped from speaking, from asking questions that are on everyones lips -- to be prevented from engaging with the youth is just another clear sign of how scared the government is,” the Samajwadi party leader said. 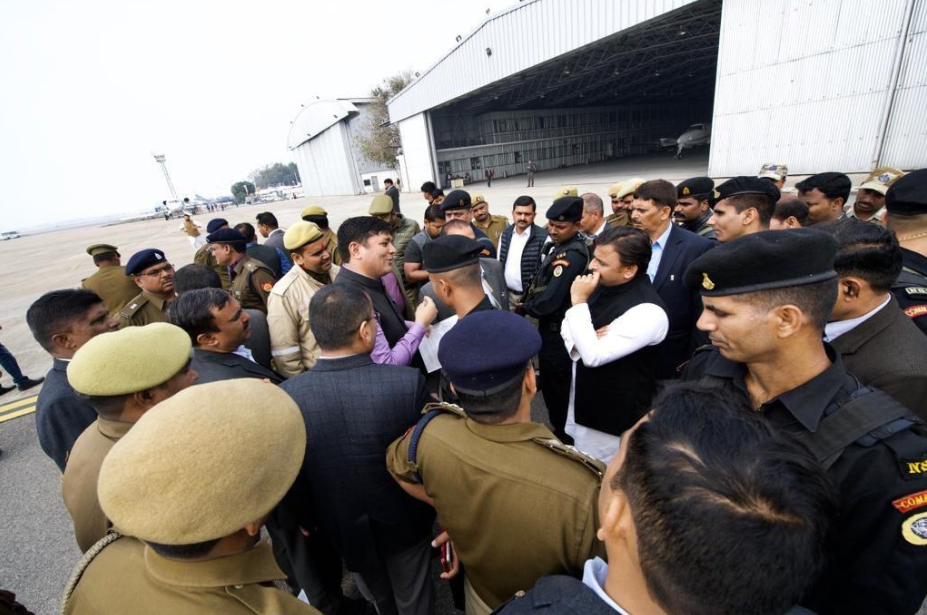 Referring to the attack on institutions and “filling these with people whose loyalties lie with an organisation that harbours people who celebrate the Mahatma’s murderer” as an attack on democrcy, Yadav said that the challenge today was not to win an election but “defeat and forever stand vigilant against an ideology that threatens to unravel the beautiful tapestry of our country.”

The move to stop the former CM from flying from Lucknow to Allahabad was a clear bid by Adityanath to flex fast decreasing muscle. The Samajwadi party and the BSP will be taking the issue up in a big way seeking an explanation from the CM and his government about the unsavoury incident. 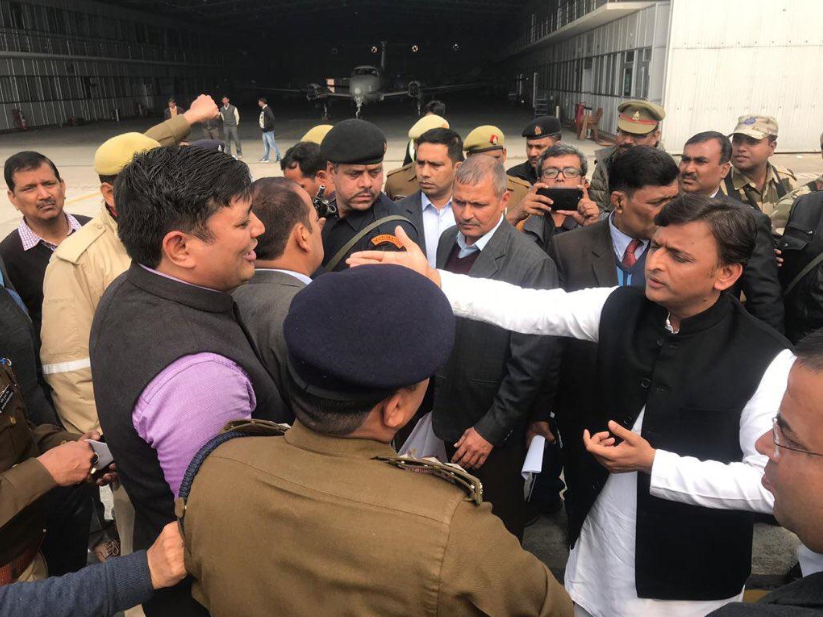 Akhilesh Yadav has tweeted photographs and videos, in which he can be heard telling a man in plainclothes not to touch him. The man was then pushed aside by the Samajwadi leaders security.