Award Cancelled: 'They Carry a Bhagwa And Think They Can Attack Anyone', Says Dalit Scholar

Protests against UP Govt decision today

LUCKNOW: “Today they can carry a bhagwa and do and say anything, attack Dalits, Kashmiris Muslims, and spread intolerance and hate. They want to finish dissent, take away the individuals freedom to speech, and impose a fascist rashtravad that I have opposed always and will continue to oppose.”

This was the response of Professor Ravi Kant, a Dalit scholar from Lucknow University, who was offered an award for his creative and cultural contribution, and then the award was cancelled on the basis of a letter from an individual sent to the Rajya Karamchari Sahitya Sansthan (State Employees Literary objecting to the award on the basis of his Facebook posts.

“About a month ago I received a letter from the Sansthan for my biodata. And a follow up letter on February 28 saying I had been selected to receive the prestigious Raman Lal Agarwal Puruskar (Prize) that carries a cash award of Rs 11,000”, Ravi Kant said. Six days later, on March 6 he was told that the award was being withdrawn as an individual had sent a copy of a Facebook post by Kant that had made the organisation think about it, and decide to take back the offer. 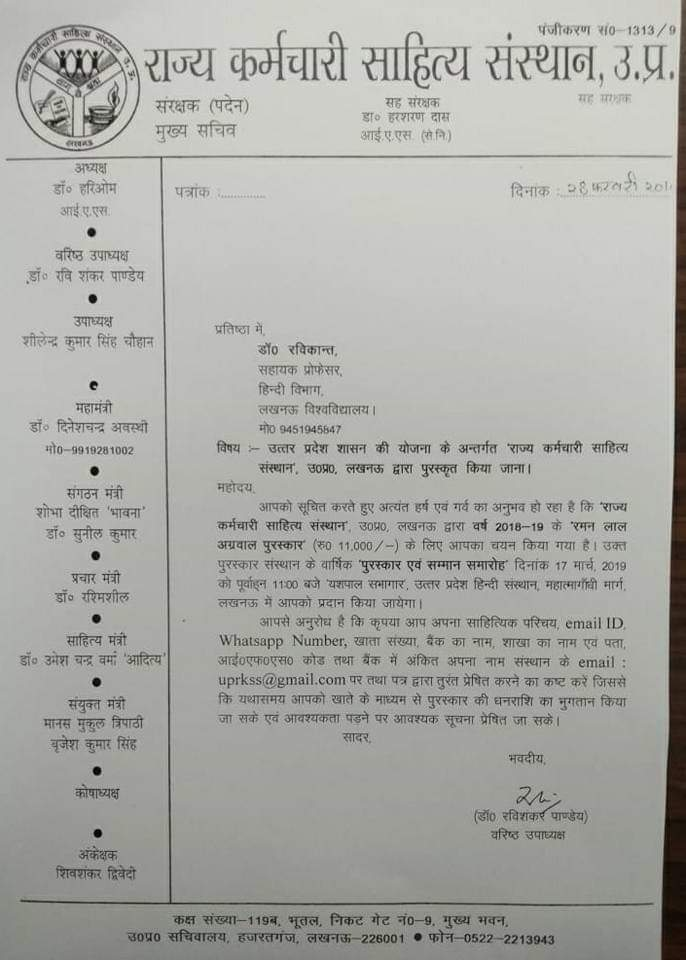 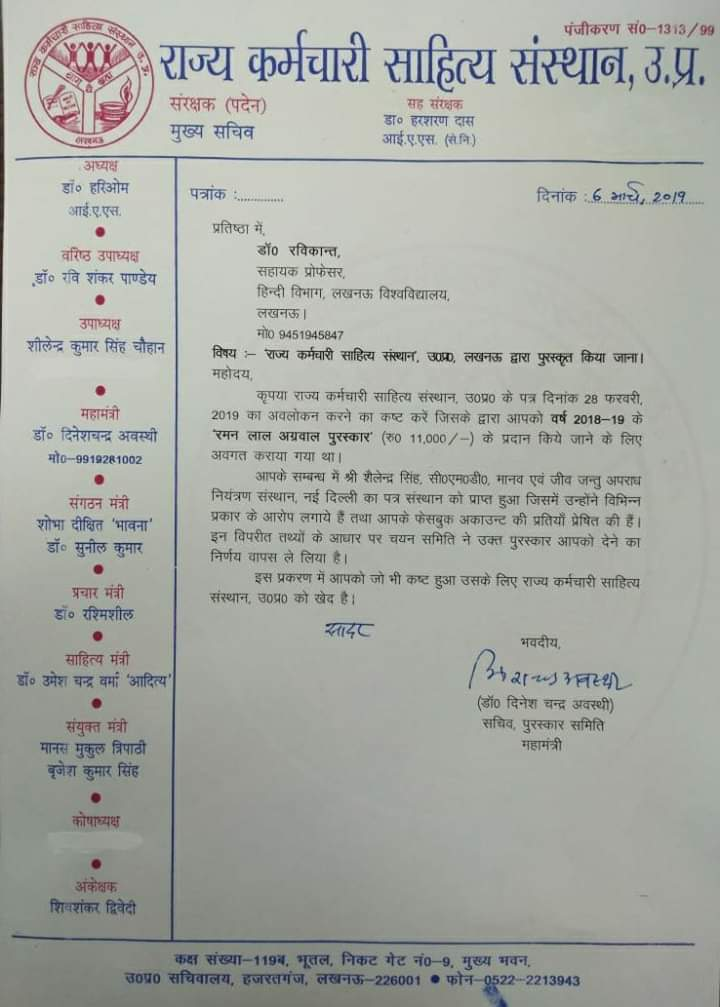 Kant said he is not sure what specific FB Posts the objection was to, but believes it to his differing political views that the organisation had clearly allowed to cut into the appreciation of his cultural works. He had posted for peace, against war in the light of recent India-Pakistan tensions. 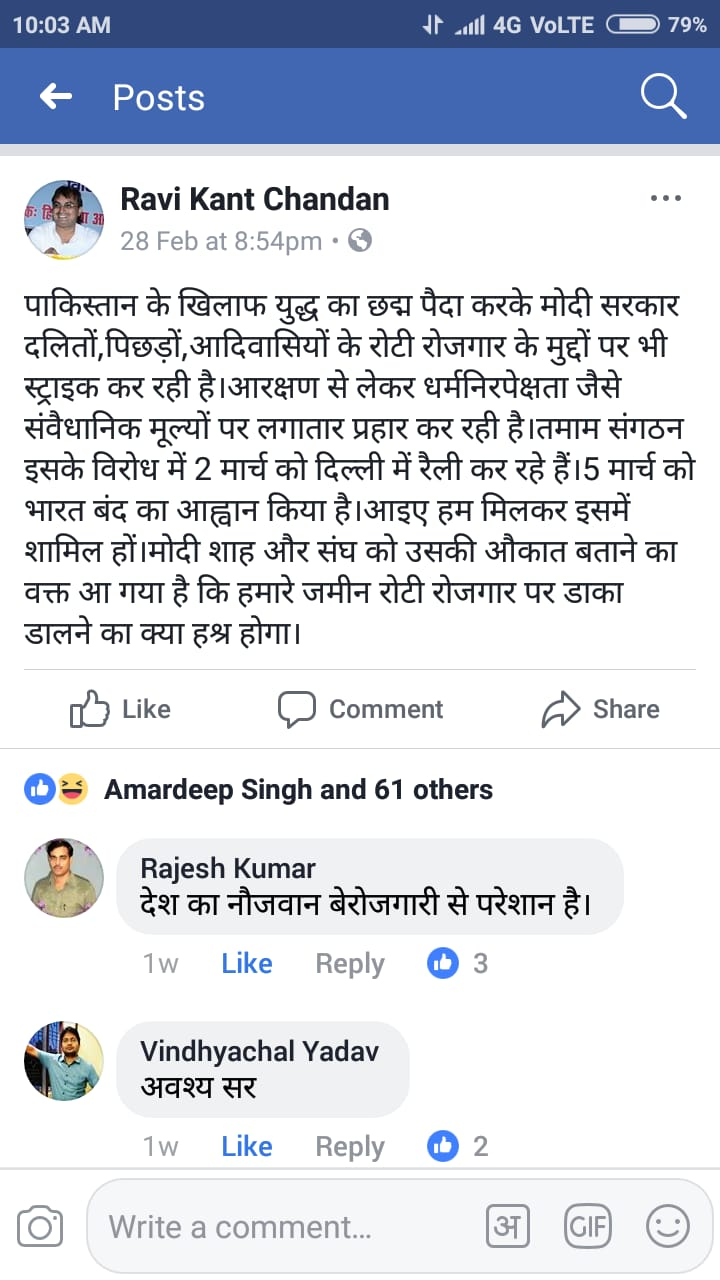 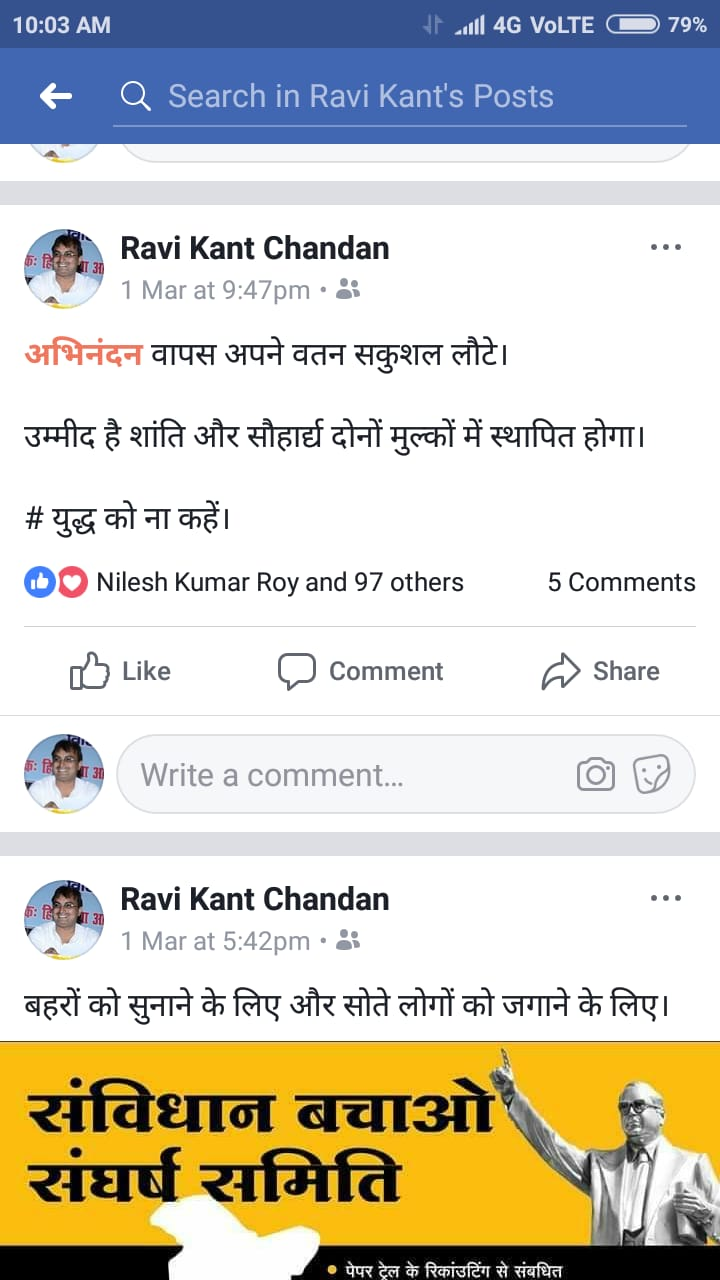 “This is against vichar dhara, they want to finish dissent and debate in this country. Dissent and independent thought is necessary for democracy to survive, but they want to rule by intolerance. Kashmiris are our enemies but we want Kashmir (in Lucknow Kashmiri vendors were recently attacked). How can that be? If we claim Kashmir we have to be with the Kashmiris. We cannot allow this and I will always stand against this,” Kant said.

He said that this was not about him, but part of the larger environment threatening individuals dignity and freedom.

SP chief Akhilesh Yadav tweeted in support of the professor stating, “The BJP’s assault on Dalits continues unabated. Today Prof. Ravi Kant of Lucknow University was stripped of a state-sponsored award for having anti-BJP views. This is the true face of their so-called ‘nationalism.’”

Citizens in Lucknow are organising a support against this decision to withdraw the award, in the city today.