A Timeline of the Aam Aadmi Party’s Years in Government

‘A corruption-free India is not our demand but our insistence. Victory to Hind!’ 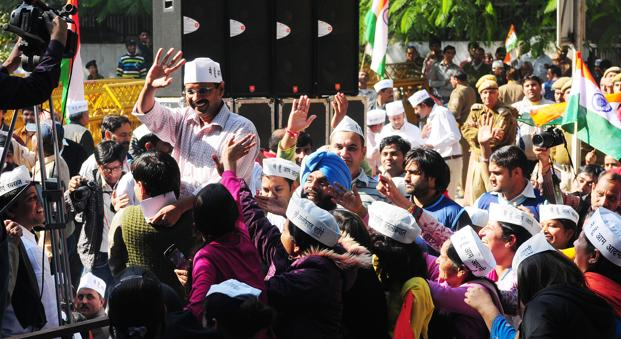 Jung resigned from the IAS when he was a joint secretary in the Petroleum Ministry, and joined Mukesh Ambani’s Reliance Industries soon after, going on to head operations at the company’s New Delhi office. Before becoming Jamia’s VC Jung was part of the Observer Research Foundation, which is also known to have received funding from Reliance. 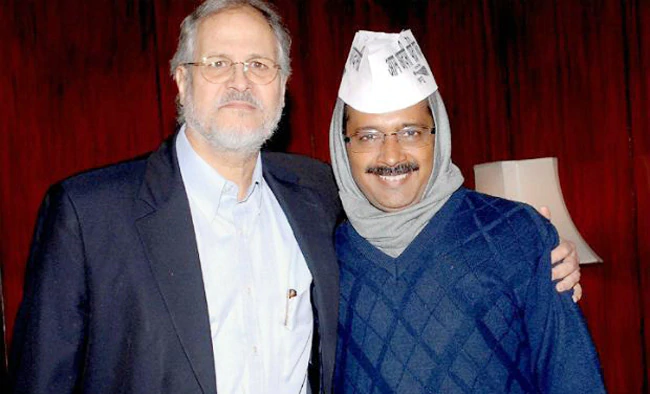 Voter turnout in Delhi increases from 58% to 66%. In the New Delhi constituency Kejriwal defeats former chief minister Sheila Dikshit by over 25,000 or a third of the votes cast.

Combating the steep increase in household water and electricity tariffs was AAP’s main election plank, as signalled by a 14-day fast by Kejriwal to pressure CM Dikshit. In its campaign AAP also boasts of crowdfunding party expenses, rather than relying on large donations, and creating 70 manifestos, one for each assembly seat in the National Capital Territory. 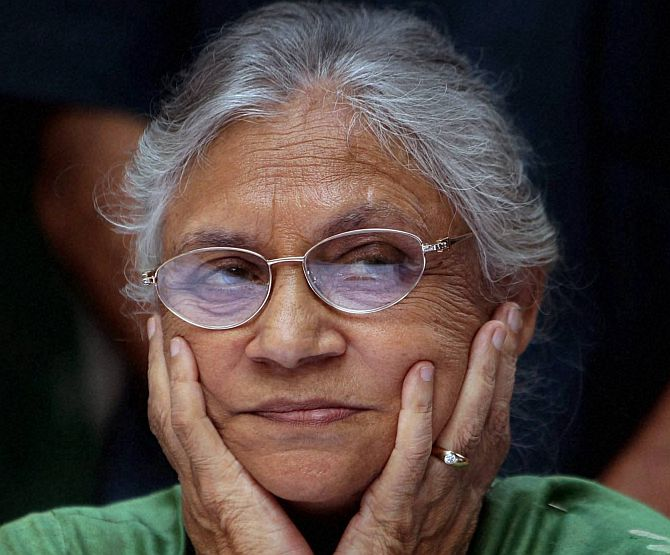 January 2014 After a public consultation exercise AAP forms a minority government with outside support from the Congress. “Fulfil your promises,” Dikshit tells Kejriwal, “for we know how difficult it is to fulfil them.”

Power tariffs are cut in half and an audit of Delhi’s power distribution companies begins. Households consuming less than a certain amount of water are offered it free, and residents of slums are offered free water in tankers.

Around midnight on the 16th, Law Minister Somnath Bharti arrives at South Delhi’s Khirki Extension demanding that police “raid” the residences of some locals he says are running drugs and prostitution rackets. The Delhi Police, controlled by the central government, refuses to oblige without a warrant. 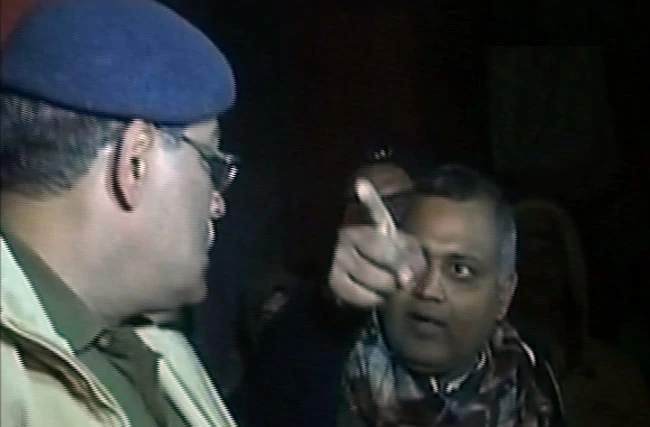 A group of Ugandan Delhiites tell the press that Bharti led a mob which surrounded their car as they were returning home. The mob beat them, forced one of them to urinate in public, and later forcibly took them to a private hospital where they were made to provide urine samples and were cavity searched, to prove they hadn’t consumed drugs.

Soon after, CM Kejriwal launches a dharna demanding that control of the Delhi Police be handed to the state government. 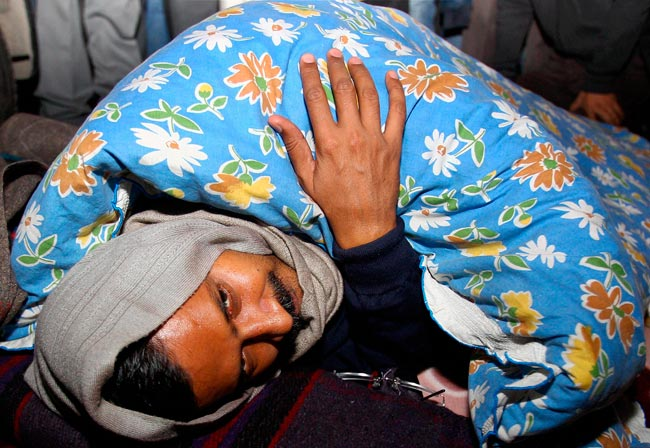 February 2014 AAP leaders led by Prashant Bhushan accuse Mukesh Ambani’s Reliance Industries of having run the UPA government for ten years, of massively depriving the exchequer in its natural gas exploitation business, and of round-tripping money out of and back into India as FDI.

After another round of public consultations with voters, AAP announces that as it has failed to pass the Jan Lokpal Bill through the Delhi Assembly – this bill was also the main demand of India Against Corruption – it will dissolve the legislature and seek a fresh mandate. President’s Rule is imposed.

The Bharatiya Janata Party is elected to the Centre in May 2014. AAP, which contested from 400 seats across India, wins four – all of them in Punjab, where the Congress loses 5 seats and the BJP gains one.

The BJP also sweeps all seven seats in Delhi. In terms of vote share AAP comes in second, with 33% to the BJP’s 46. 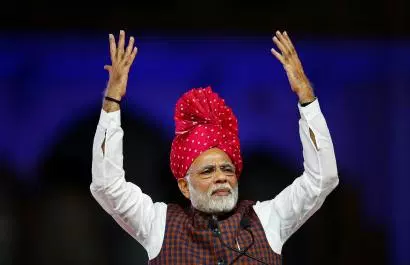 A Union of States

February 2015 AAP is reelected to the Delhi Assembly with 67 seats out of 70 and a vote share of 54%. The BJP wins the remaining three seats – Rohini, Vishwas Nagar and Mustafabad – with a third of the vote share overall.

March 2015 In its first budget the share of education in the state government’s expenditure is doubled, and education comes to account for a quarter of the total. Programmes are initiated for government schools in Delhi to have summer schools, libraries, improved teacher training and infrastructure, and other initiatives lauded by educationists in the press. 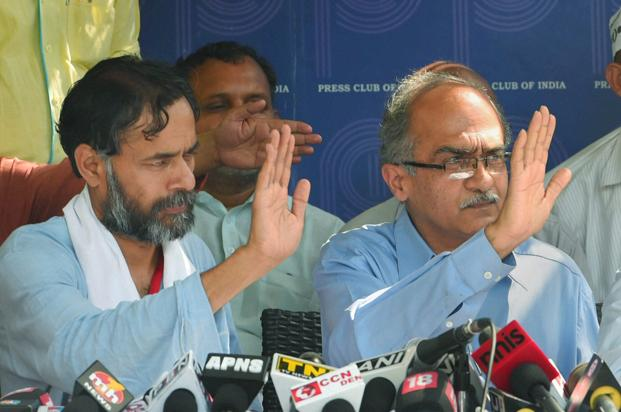 May 2015 CM Kejriwal demands that files relating to police, land and public order be sent to him, but Lt Gov Jung says he isn’t required to do so. Jung also annuls all civil service postings made by the elected government, claiming final say in appointments and transfers.

January 2016 Owing to rising air pollution and toxicity, the odd-even rationing rule is implemented for a fortnight in January and again in April. Despite documented success the policy is eventually abandoned, largely under pressure from industry and the ten percent of Delhiites who own cars. 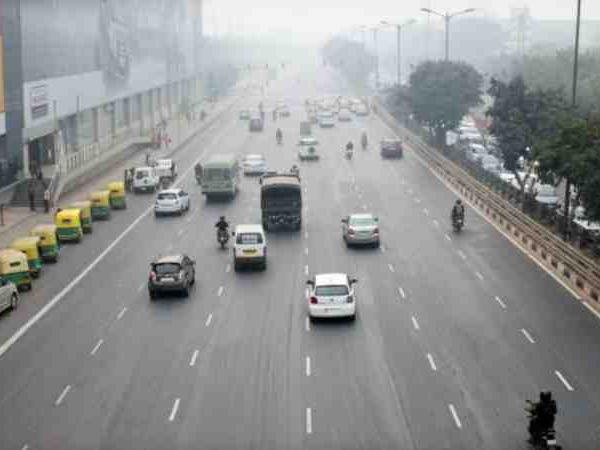 February 2016 Delhi’s only Bus Rapid Transit or BRT corridor is dismantled by the AAP government, after an 8-year run. Planning begins for new and improved BRT corridors primarily in East Delhi.

April 2016 The AAP government opens 100 mohalla or neighbourhood clinics on a pilot basis. Each is meant to serve 10,000 people as a replacement for what used to be primary health centres or PHCs funded by the central government, being the first point of contact for medical care, or for referral to larger institutions.

According to media reports and public audits free medicines and diagnostic testing are widely available at these clinics, which also cut down patients’ time and expense travelling to larger, more crowded hospitals. 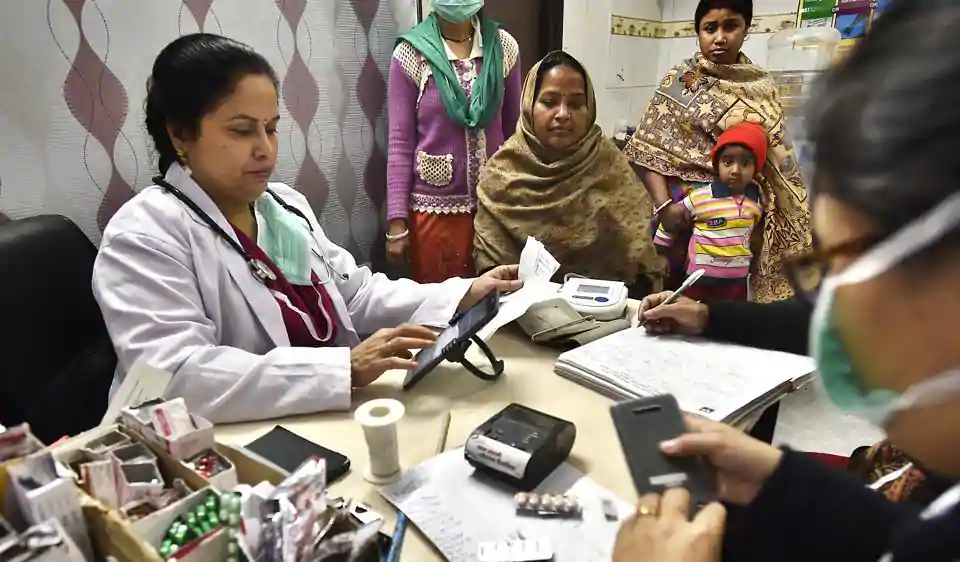 June 2016 Lt Gov Jung approves the filing of FIRs by the Anti-Corruption Branch against CM Kejriwal and former CM Dikshit.

Khan’s accuser, who alleged he threatened her with rape for complaining about the power supply in her area, later purportedly admits in a sting that she was pressured by the Delhi Police into making the allegations.

These arrests follow a string of arrests of AAP legislators, 12 in all, on various charges over the past year. Most charges are found to be without merit, but Somnath Bharti is booked for domestic violence, Jitendra Tomar is found to have faked his law degree, and Sharad Chauhan is accused of abetting the suicide of an AAP party worker. 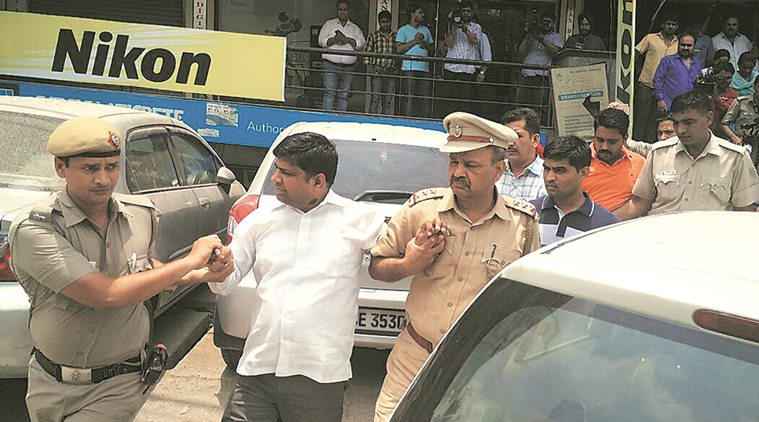 August 2016 Hearing a case filed by the Delhi government the Delhi High Court rules that the Lieutenant-Governor appointed by the Centre remains the NCT’s administrative head, and is not bound by the advice of the elected government’s council of ministers, effectively rendering elections meaningless in the NCT. 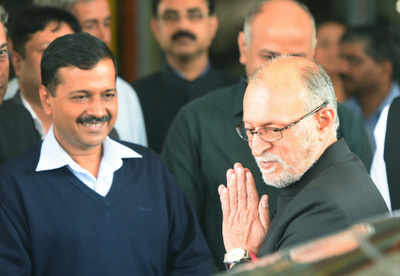 March 2017 AAP declares assets of Rs.60 lakh to the Election Commission of India. It declares donations in the prior financial year totalling Rs.25 crore, from nearly 4000 donors. The largest donations are from the Satya Electoral Trust (1 crore), Priya Goyal from Bangalore (50 lakh) and TDI Infratech Limited (25 lakh).

For the same year the Congress declares donations totalling Rs.42 crore from 600 donors, and the BJP Rs.532 crore from 2000. 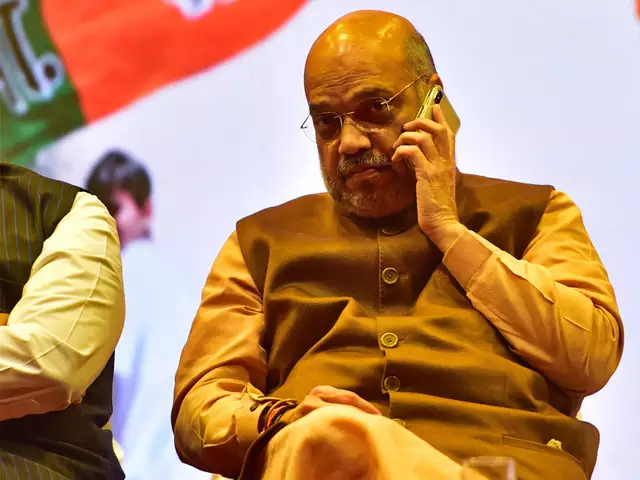 April 2017 The BJP wins its third consecutive term governing the Municipal Corporation of Delhi. AAP comes in second with 47 corporators out of 271 – again at the expense of the Congress, whose tally drops by 47, and the BSP which goes from seven to none.

February 2018 Nine advisors to the state government are dismissed by Lt Gov Baijal following a notification from the Union Home Ministry. These include Atishi Marlena, generally acknowledged to be behind the educational reforms in Delhi’s public schools. AAP will later announce Marlena’s candidature from East Delhi for the 2019 general election. 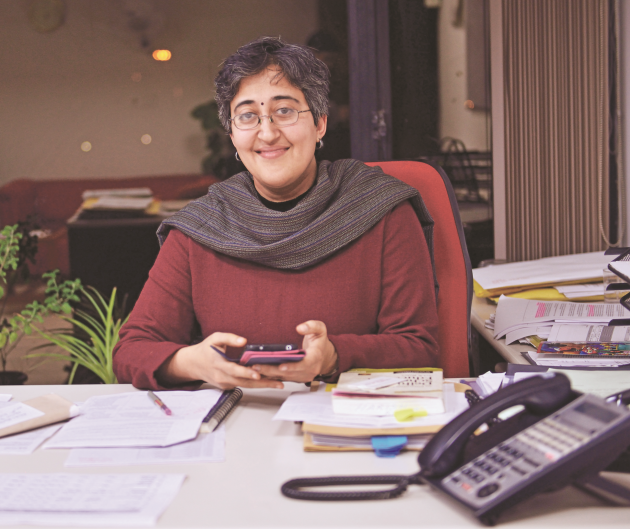 March 2018 Ridership on the Delhi Metro declines to near-unprecedented levels after two successive fare hikes in a year. More will follow. The AAP government rails against the Delhi Metro Rail Corporation in public but reports suggest it did nothing in its power to prevent the fare hikes by the DMRC.

July 2018 A Constitution bench of the Supreme Court rules that Delhi’s Lieutenant-Governor is in fact bound by the aid and advice of the council of ministers, except in matters relating to police, land, and law and order. But the Centre holds that this does not include control of services, i.e. of civil servants working for the Delhi government.

July 2018 Three sisters aged 2, 4 and 8 are found dead in their home in Mandawali, East Delhi. They starved to death. In due course the AAP government announces doorstep delivery of PDS rations and other services – to those with cards – and Deputy Chief Minister Manish Sisodia announces the discovery of thriving corruption in the centrally sponsored Integrated Child Development Services’ anganwadi kitchens and childcare centres. 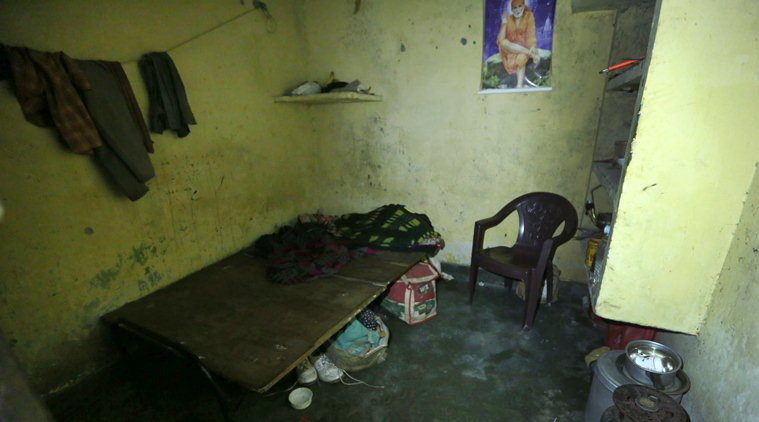 September 2018 Former UN Secretary-General Ban Ki-Moon and former Norwegian PM Gro Harlem Brundtland visit mohalla clinics and polyclinics in Delhi as part of their work for The Elders, an organisation founded by Nelson Mandela to work for peace, justice and human rights, and pronounce themselves “deeply impressed”. 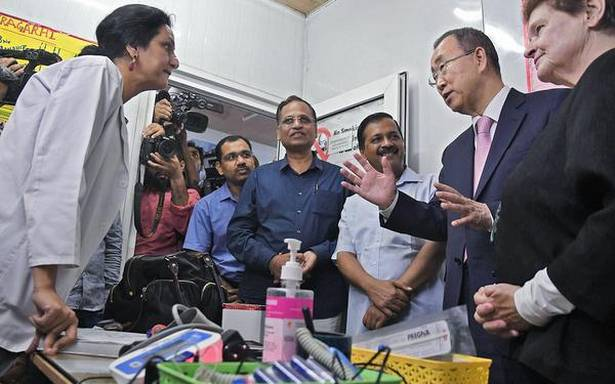 February 2019 A two-judge bench of the Supreme Court splits on whether it’s the Centre or state that controls the appointments and transfers of civil servants in Delhi, and refers the question to a larger bench. 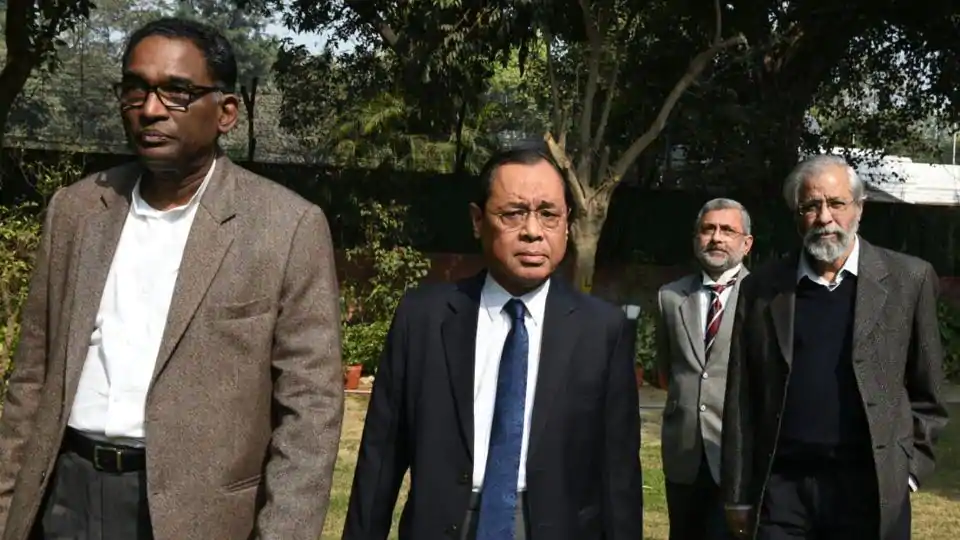 A Tale of Two Budgets

Below are the amounts allocated by the Delhi government to various sectors in 2014-15, by Union Finance Minister Arun Jaitley when Delhi was under President’s rule, and in 2018-19 by Finance Minister Manish Sisodia. The figures are outlays and not the actual expenditure, and haven’t been adjusted for four years’ inflation. 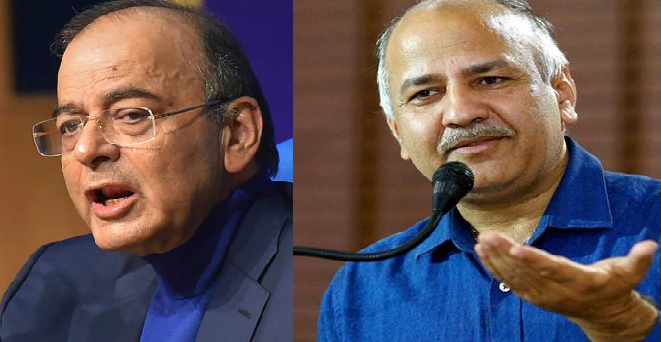 As you can see the priority sectors for both governments were the same, being transport - general education - medical care - water supply and sanitation - urban development - and social welfare.

The sectors which saw the largest increase in allocations were - agriculture and allied services 720% - labour and labour welfare 362% - sports and youth services 328% - general education 163% - public health 135% - and women and child development 128%.

The largest decreases were seen in industries at 84% - energy 80% - housing and jails, 75% each - and schemes sponsored by the central government, at 98%.

Finally, here’s a snapshot of Delhi’s economy during the same period, as measured by the gross state domestic product: 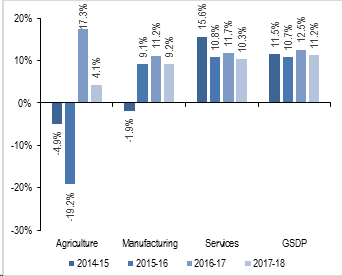