BJP vs Congress Not the Main Contest in This Election

#TCVotes - Even if the Modi surge is real, it could well benefit the opposition

The last four weeks have changed the 2019 election dramatically.

Until the Election Commission’s announcement of the poll schedule last week, the attack on the CRPF in Pulwama, Kashmir and the subsequent exchange of bombs between India and Pakistan, had ensured that headlines about national security and Indo-Pak relations ran for a good 2-3 weeks.

During this time, whether events were framed as national security failures or triumphs, Prime Minister Narendra Modi remained the focal point.

This four-week phase was critical for Modi, especially with the BJP losing three Hindi heartland states just months ago to the Congress. The PM and his party also looked to be on the backfoot following Congress President Rahul Gandhi’s attack on them on Rafael, and the unending news of economic distress.

The media’s kid gloves treatment of the security lapses in Pulwama and Nowshera helped the BJP. The party’s clever and sometimes appalling politicising of the Balakot airstrike left the government able to brush all questions of corruption, unemployment and the targeting of minorities under the carpet.

In these four weeks, the BJP was the only party that campaigned extensively, as the opposition struggled to find a balance between being supportive of the soldiers and critical of the government. 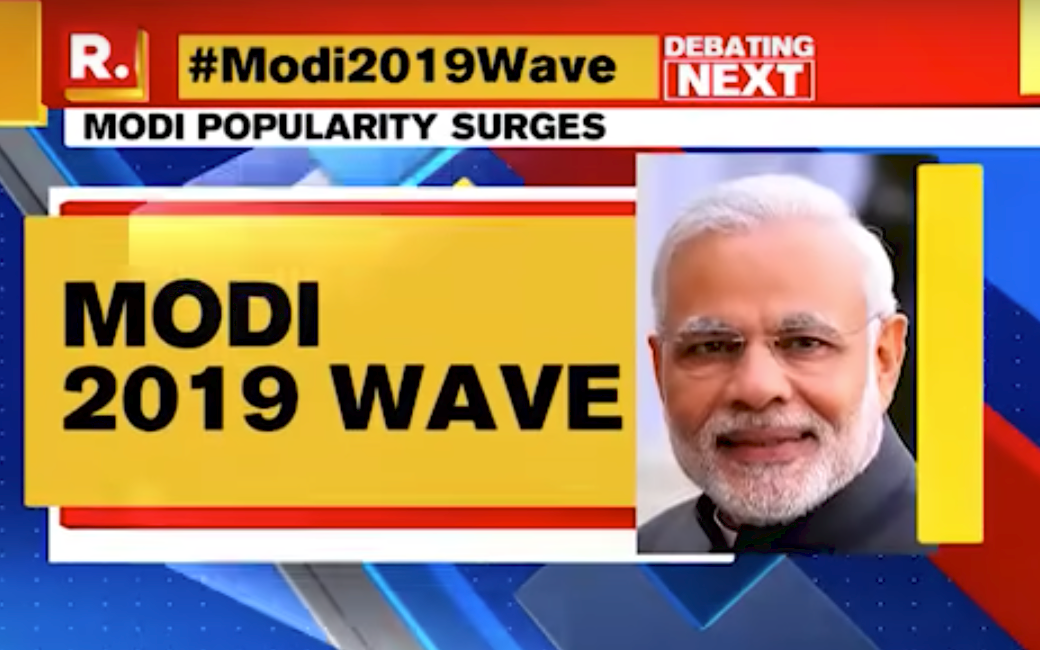 From a Republic TV debate on March 8. The channel is owned by BJP MP and arms investor Rajeev Chandrashekhar

Modi is believed to have surged ahead of others in the race. So much so that former member of the RSS national executive and current BJP general secretary Ram Madhav could tell The Hindu in an interview, “Actually the contest is not ‘Modi vs All’ at all; it is actually ‘Modi vs Who?’ The NDA is stronger than it used to be, with Modiji as a leader ranged against who? We don’t know.” 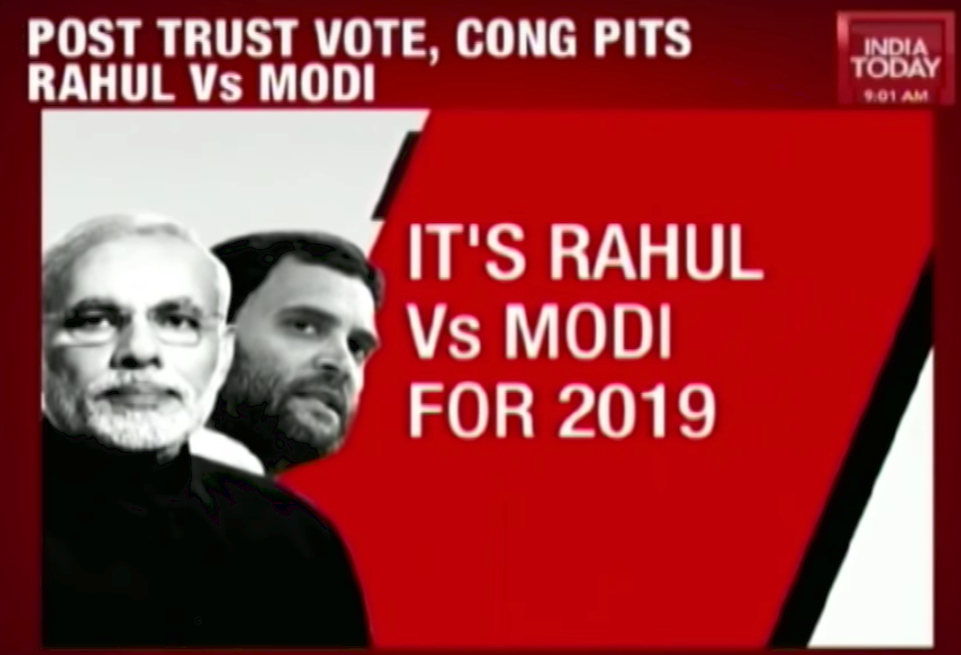 Announcements like this appeared last year, but no more

This sounded much like the former Congress rhetoric of If Not Indira, Who.

India does not have a presidential style of government. Nor has our polity ‘settled’ into a two-party system that many commentators seem to anticipate feverishly. In the last election the BJP and Congress had a combined vote share of just 51%, indicating that the two parties were not full-fledged national parties even when counted together.

How many big states have a direct fight between the Congress and the BJP? Only five: Rajasthan, Madhya Pradesh, Gujarat, Karnataka, Chhattisgarh, Maharashtra. These five states account for only about a third of the total seats in Parliament.

And Karnataka has the JD(S), while Maharashtra has the NCP, the Shiv Sena, and Prakash Ambedkar’s newly formed Vanchit Bahujan Aghadi, making it a three-cornered contest in that state. This further reduces seats where the BJP will lock horns directly with the Congress.

In the crucial state of Uttar Pradesh, the SP-BSP-RLD are in straight contest with BJP. Even in Orissa, the Congress is in a three-cornered contest with the BJD and BJP.

So, in at least 2/3 of Lok Sabha seats, Modi is fighting parties other than the Congress. But the BJP has always loved US-style presidential politics. It will prefer a straight battle with the Congress any day, whose recent record on corruption and dynastic politics is very easy to target.

It is the regional parties like the RJD, TMC, SP-BSP and TDP that make the BJP nervous.

The recent media surge of PM Modi to the extent of dismissing any opposition, including Rahul Gandhi, may not be bad news for the opposition parties. It automatically makes nobody a declarable PM candidate from the Opposition.

This is precisely where a Third Front’s advantage lies.

A recent survey commissioned after Balakot by ABP News-CVoter has found that the BJP-led NDA will fall marginally short of majority in the coming election. This is because of the 140 seats that non-UPA, non-NDA parties are projected to get.

Many regional parties did not join the UPA before the elections just to boost this number by avoiding the Modi-Rahul duel. For instance, the presence of the Congress in the SP-BSP-RLD grand coalition would have made all 80 seats in Uttar Pradesh a battle between Narendra Modi and Rahul Gandhi.

And there are many states where the BJP is fighting regional satraps who are unlikely to join the NDA after the polls: Mamata Banerjee, Chandrababu Naidu, Chandrashekar Rao, Mayawati, Prakash Ambedkar and Akhilesh Yadav.

PM Modi’s perceived invincible image comes with its own baggage. Vajpayee and Indira Gandhi were thought to be in a similar position: too powerful to defeat, despite various shortcomings.

And yet, Vajpayee and Indira Gandhi were both defeated by less-known post-poll coalitions of regional parties.

India’s federalism is a process that trumps ‘national’ parties even in elections to Parliament. Here the votes are based on regional and social aspirations, and representation of deprived sections of society, rather than a designated PM candidate. This is exactly why parties like the TRS, TMC, AIDMK, DMK and BJD continue to perform well in both Vidhansabha and Loksabha polls.

Even the BJP is cognisant of this. On one hand Ram Madhav will call Modi omnipotent, on the other his party will carry more than two dozen parties for alliance.

There is only one way to defeat the BJP in 2019 - in small battles in each of the non-Congress dominated states. Remember Morarji Desai, Devegowda, I.K.Gujaral and even Manmohan Singh all became PM, over Vajpayee or Indira Gandhi, as a result of such smaller federal victories in the states.

As with so much else in the past few years, only time will tell whether the Modi surge is real or imaginary. The BJP’s brazen style of campaigning like the use of the IAF pilot who was shot down while giving chase, its continued electoral campaign even as the jawans martyred in Pulwama were being given last rites, could backfire as well.

Nevertheless, with less than three weeks to go for polls, the perception of a larger than life Modi has apparently prevented a straight Rahul-Modi contest.

This could very well be a blessing in disguise for the opposition’s attempt to deny Modi - if not the BJP - a second term.