NEW DELHI: A horrific video of a Muslim family trapped in their own home, with women and children screaming in fear, as goons armed with swords and lathis attack the men folk is in circulation on the social media amidst the loud cacophony of chowkidars. The fear in the voices of the women who see their men brutally set upon by goons is terrifying, even for the watcher, with Facebook covering the video with a warning of explicit brutality.

Their crime? That an elder male of their family dared protest when some lumpens on motorcycles assaulted a group of Muslim boys playing cricket, insisting they should go to Pakistan to play cricket there. This was on March 21 in the early evening. The boys threatened the boys, abused them, then sent for reinforcements that came with swords and lathi, started pelting stones, and then reinforced in numbers attacked his house, using ladders to climb up to the floor where the women and children were.

The video shows the old man being brutally beaten by the lumpens, who are so assured of impunity that as in the many videos before, they do not even bother to hide their faces. As the video progresses more youth can be seen walking into the house, and setting upon by the now bleeding man. The video shows the men looking up at the women, and clearly they were assaulted as well out of the frame, as the screams and a later FIR seem to testify. 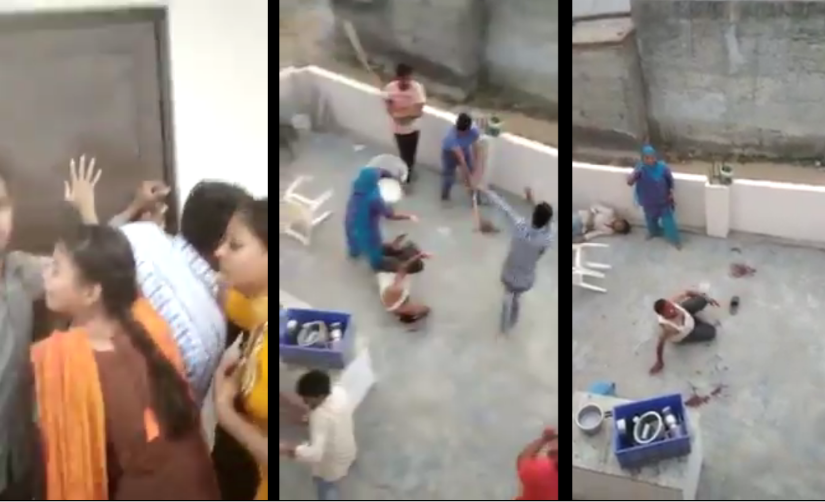 The men looted the poor family of their meagre belongings, and left threatening to return. There is deep fear in Bhondsi village in Haryana where this gruesome incident took place. After some deliberations The Citizen has decided not to re-publish the video that is however, available on the social media for those who wish to watch it. And are able to witness the sheer terror that no citizen of India should have to undergo. However, this seems to have become the norm: to terrorise hapless Muslims through sheer the brute power of armed mobs.

A FIR has been registered, and according to the local police, an investigation officer Charan Singh appointed. However, as expected the FIR is registered against “unknown persons” although all faces are clear in the video.

The family is scared out of its wits, although some activists have reached the spot. Not a single political leader from the Opposition has bothered to visit the village, and reassure the terrified families of support. These are poor families with no place to go to. Reports suggest that they are just four or five Muslim households here, with tension being “created” according to local activists over the past four years in the area. 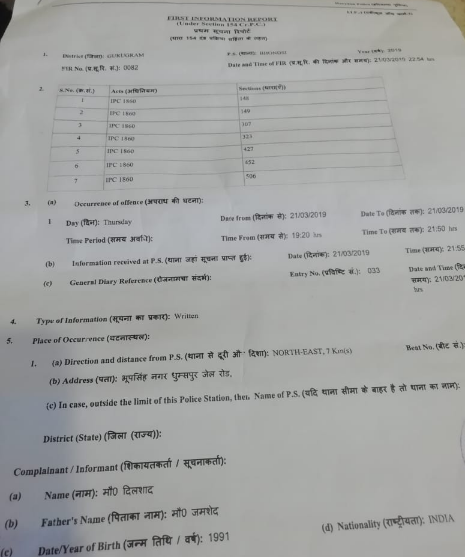 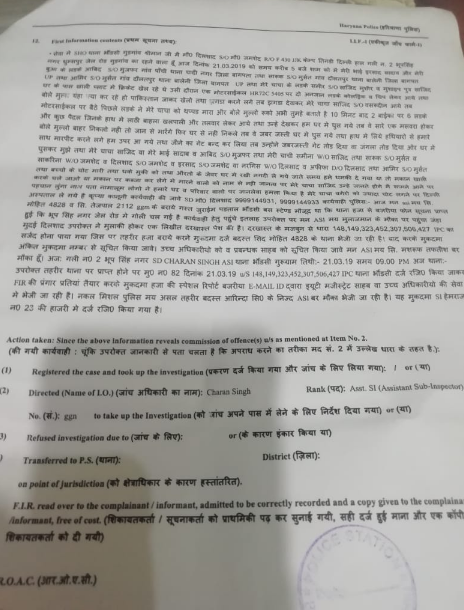