NEW DELHI: After phone calls, meetings, emissaries the Communist Party of India has decided to field former Jawaharlal Nehru leader Kanhaiya Kumar from Begusarai for the Lok Sabha elections. The Bihar CPI executive has been urged by headquarters to limit this to the one seat, and make it clear that the party is supporting the RJD-Congress plus coalition in all other 39 Lok Sabha seats in the state.

Kanhaiya Kumar needed some persuading, as he was upset about what the media has been interpreting as the coalition snub. “I will not contest, let them field their own candidate,” was his response but he was finally convinced by the CPI senior leaders to agree. The argument that worked with the fiery leader who is a national figure now after the BJP arrested him shortly after coming to power, was that the contest had his not contesting would send out a wrong signal that would be detrimental to the larger fight against the BJP and Prime Minister Narendra Modi. “We cannot back off now,” a senior CPI leader said, “as this will give a very wrong signal.”

The CPI, with its few resources, has been fighting a losing battle for Begusarai. After an initial positive response, the Rashtriya Janata Dal under Tejaswi Yadav backed off. To the point where the young RJD leader refused to accept phone calls from the CPI top brass, and emissaries were curtly told that the party could not give up the seat. Or for that matter any seat to the CPI, while it was in a mood to accommodate the CPI-ML that has now been allocated one seat which is still to accept.

Very unfortunately, former JNU students who carried old baggage against Kanhaiya Kumar and are presently advising Tejaswi Yadav have reportedly played a major role in this stand off. The argument given against giving the seat to the CPI and Kanhaiya Kumar for the record, follows the “It is our seat, our candidate came second here” argument. But alongside is a strong campaign that if Kanhaiya Kumar is allowed to contest and emerge victorious from Bihar, he would present a major challenge to Tejaswi Yadav who also entertains national ambitions.

Kanhaiya Kumar, by sheer virture of oratory and intelligence, has eclipsed most of the leaders who emerged on the national scene along with him. He has grown as an orator, being a persuasive speaker, with his charisma embedded in a simplicity of approach and language. This has stoked rivalry fires within the same side of the fence, with Tejaswi Yadav having reportedly been convinced not to allow his rise on the Lok Sabha platform in these polls.

After Kumar had been released from jail, after harrowing weeks, and instead of being fazed had gone on to give perhaps one of the best speeches of his career at JNU the same night, The Citizen had run the story with the headline ‘A Leader is Born’. This leader has had a tough ride since, becoming the butt of attack from all sides. He finally got a protected niche in the CPI---having been a member of its student wing---but given the communist party’s declining graph this has often been seen by his supporters as a negative. However, Kanhaiya Kumar refused to budge, and remained a CPI member, given the freedom to travel and address meetings across the country.

As a senior CPI leader told The Citizen today, “Tejaswi Yadav must realise that Kanhaiya Kumar is not against him, but this contest is between him and PM Narendra Modi.” Kumar has a national profile, and has been targeted by the BJP over and above his party. The CPI has learnt to live with this stardom, giving Kanhaiya Kumar the space he now requires to a larger extent than initially, when the party units were still trying to cope with the profile of the rising star.

The young leader has stood solidy with the Opposition and the coalition, directing his fire against the BJP and its leadership. Unfortunately, small minds intervened in the process of seat allocation with the RJD determined to contest Begusarai. Strangely enough, some RJD workers have sought to give this a tinge of communal overtones, saying that the party wanted to keep the seat for its Muslim candidate!

The Lok Sabha MP for Begusarai was Bhola Singh of the Bharatiya Janata Party until his death last October. In 2004 and 2009 the seat was won by the Janata Dal-United. It has been a CPI base at one time---with Yogendra Sharma being the MP in 1967. The party has also held all six Assembly segments at one time, and retains some influence in the constituency that brought in the BJP for the first time in 2014. Interestingly, Bhola Singh secured 39.72 per cent of the votes with RJD’s Tanveer Singh second with 34.31 per cent votes. The CPI candidate Rajendra Prasad Singh was third with about 18% of the votes. If the RJD had given up the seat it would have been a sure shot for Kanhaiya Kumar. The Congress will not be of help to either as its candidate got just a little over one percent of the vote share in 2014. Kanhaiya Kumar will now be a joint candidate of the Left Parties, with the CPI still in a mood for reconciliation. But not at the expense of Begusarai. 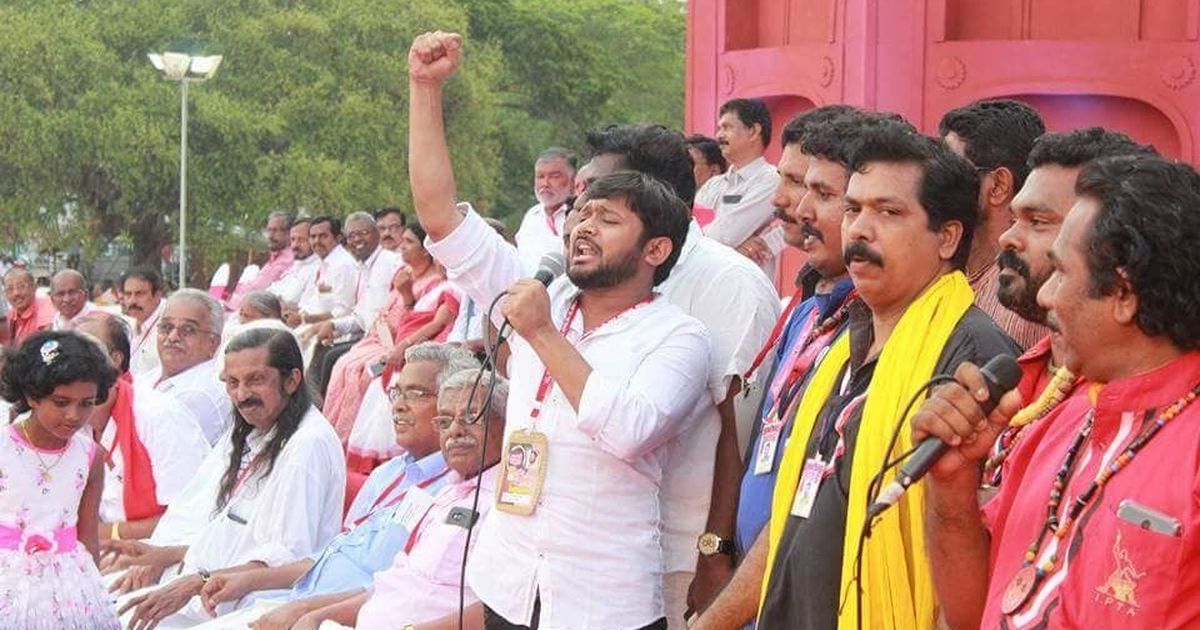