#TCVotes - A chain of realignments

DATELINE: Donning a yellow scarf around his neck, Navanath Padalkar of the Vanchit Bahujan Aghadi (VBA) is campaigning in Baramati, one of the key constituencies in Maharashtra. Every one of his speeches ends with Jai Bhim! and with Jai Malhar! which is the salutation among the Dhangar community constituting 9% of the population in the state. 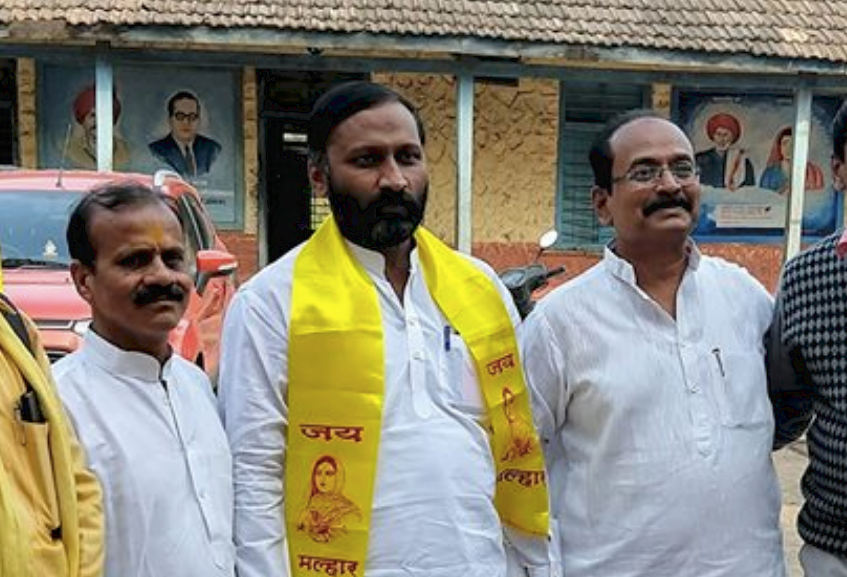 An engineering graduate from a topnotch Maharashtra college, Padalkar is fighting one of the toughest battles of his life – unseating the Pawar family from their citadel. But he can take solace from the last election result, where Supriya Sule, Sharad Pawar’s daughter, won by only 69,000 votes, the lowest ever victory margin here for the Nationalist Congress Party. The opposition candidate, Mahadev Jankar of the Revolutionary Socialist Party (a BJP ally) from the Dhangar community got a whopping 4.5 lakh votes. For comparison Sule won in 2009 by over 3 lakh votes.

In the last elections, Dhangars voted en masse for the BJP as it had promised to enable reservations for them as a Scheduled Tribe in the first cabinet meeting it would hold if voted to power. Padalkar recalls, “BJP does not have more than a 1.5 lakh vote base in Baramati, but Jankar polled three times that due to Dhangars. Afterwards, the BJP’s betrayal meant that they no longer enjoyed the community’s support.”

Dhangars, currently categorised among the Vimukt Jati and Nomadic Tribes, are located mostly in Western Maharashtra and Marathwada. Their consolidation behind the NDA in 2014 saw the Congress–NCP losing many bastions here to the BJP and the Shiv Sena.

Padalkar, who founded the Yashwant Kranti Sena, was also instrumental in forming the VBA during the Pandharpur march of Dhangars last year, where they demanded Scheduled Tribe status. Padalkar, a known face, will make Baramati an interesting contest as he will pull a lot of erstwhile NDA votes. He is pinning his hopes on Dhangar, Muslim and Dalit voters in Baramati, and on the charisma of Babasaheb of course.

He says, “We have formed our own coalition under the leadership of Prakash Ambedkar as he repeats his slogan, ‘Bhik nako sattechi, satta havi hakkachi’ – We don’t want to beg for power, we want power of our own.”

The shift of castes like the Dhangars from the BJP–Sena to the VBA is going to hit the former hard, not just in Baramati but across the state.

On March 23, announcing their alliance, Congress and NCP leaders termed the VBA (without naming them) the ‘B-team of the BJP’. Some local media analysts reported that the VBA would damage the Congress-NCP most. But this is not entirely true, for the BJP’s support base has changed significantly in the last few years.

The party that was once called the Brahmin-Baniya party, has been successful in winning over groups of OBC, SC and ST voters. The Shivsena too has banked heavily on OBCs and SCs. The Congress has lost many such groups to the BJP in the recent past. So, the consolidation of OBCs, Nomadic Tribes and SCs in favour of the VBA will actually impact the BJP and Sena.

The VBA list has candidates from the Kunabi, Shimpi, Agari, Koli, Matang, Dhangar, Holar and Wadar communities, all of whom formed the backbone of the Sena–BJP vote.

Prakash Ambedkar has called this a ploy to create a rift between OBCs and Marathas. On March 2, the Bombay High Court asked the government why Marathas needed reservation as an SEBC, if this category is one and the same as OBC.

Ambedkar says that journalists who ask him about the ‘B-team of BJP’ allegation are being intellectually dishonest. Rather, he is asking the Congress to get an explanation from Sharad Pawar for his unconditional support to a minority Fadnavis government in 2014, and for meeting PM Modi multiple times in the last few years.

He adds, “We have not targeted Congress–NCP’s core vote bank of Marathas. It’s the deprived sections, who have never voted for the Congress, who are coming to us. The VBA should hurt the BJP and Sena more, as Congress–NCP leaders worry about power remaining within their families.”

Recent developments have confirmed Ambedkar’s nepotism charge against the Congress–NCP. In a major embarrassment, Congress Leader of Opposition Vikhe Patil’s son joined the BJP to contest against the NCP’s Sangram Jagtap – who is the son in law of a BJP MLA.

The VBA has in Madha fielded Vijay More from the Dhangar community, which will hurt the BJP. NCP MP Vijaysingh Mohite Patil won the 2014 elections by a thin margin against NDA ally Swabhiman Paksh as the Dhangars rallied behind NDA. But this time BJP will be sans Dhangar support.

In nearby Maval constituency, Ajit Pawar’s son Parth is trying his luck against the Shiv sena’s two time MP Shrirang Barne. Here, the VBA has given the ticket to Rajaram Patil of the Agari community – traditional Sena supporters.

In Raigarh, the VBA has fielded Suman Koli. Kolis too have been traditional Shivsena voters. This will worry the Sena which won the seat in 2014 by only 2,000 votes.

Similarly in Thane, VBA candidate Mallikarjun Pujari of the Dhangar community will hurt the Sena in its bastion. In Vardha, Dhanraj Vanjari (Teli OBC) of the VBA is pitted against the BJP’s Ramdas Tadas from the same community.

In Latur, an SC reserved constituency, the VBA has fielded Ram Garkar from the Matang community against the BJP. The Sena–BJP have been successful in mobilising non-Buddhist Dalits towards themselves. So the VBA’s attempt to give representation to these castes will hurt the BJP here.

The VBA has campaigned to woo the Koli community, perceived as the ‘original inhabitants’ of Mumbai, by emphasising the neglect of the community by mainstream parties. At the mammoth Mumbai rally recently, both Ambedkar and Hyderabad MP Asaduddin Owaisi of the AIMIM donned the Koli cap on stage.

The VBA-MIM alliance has been pulling record breaking crowds at their rallies, and has a real shot at winning half a dozen seats including Solapur (from where Ambedkar is contesting), Aurangabad, Akola, Vardha among others. These are the seats Congress–NCP have repeatedly lost. The VBA may spring a surprise in other seats as well.

None of this is to say that the VBA won’t hurt the Congress–NCP at all. In seats like Ramtek, the Congress has fielded former BSP leader and IAS officer Kishore Gajbhiye, a Buddhist. The VBA’s Buddhist candidate, Kiran Rodage Patankar, who fought on a BSP ticket last time and polled nearly 1 lakh votes, will be a major hurdle for Gajbhiye.

In Nanded, one of the two seats won by the Congress in 2014, the VBA will not only hurt the Congress but could well snatch the seat from it. In the Mumbai region, Muslim votes may tilt towards the VBA causing Congress a worry.

Ambedkar has been in politics since the 1990s. While various Republican Party of India factions in Maharashtra never looked beyond Buddhist and Dalit votes, he tried to consolidate the OBCs, lower OBCs and Dalits in and around Akola district, and achieved success in local bodies elections.

He has repeated the same pattern while forming the VBA, but on a much bigger scale. The sociopolitical circumstances in the state have given it a big opportunity.

Padalkar calls it a ‘social revolution’. But one thing appears certain: with its social engineering, the VBA will hit the BJP and Sena harder than it will the Congress-NCP. 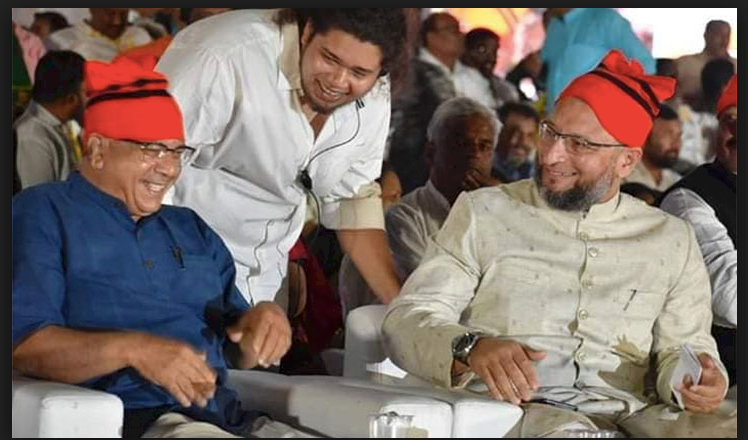