'We Could Not Give Up Begusarai,' Says Manoj Jha as RJD Finalises Seats in Coalition

NEW DELHI: “We could not give up Begusarai (to CPI candidate Kanhaiya Kumar) as our candidate had defied the Modi wave in 2014 and lost the seat by only 40,000 votes”, Rashtriya Janata Dal leader Manoj Jha told The Citizen in a short interview.

Jha, who is confident that the alliance which is now expected to hold will get at least 28 Lok Sabha seats of the 40 in Bihar, said that the party’s candidate Tanveer Hasan has a strong base in the constituency and could not be dropped without sending the wrong signal to RJD workers. He said that Hasan was of the old Karpoori Thakur school of thought, “an impeccable socialist.” He is one of three Muslims being fielded by the RJD in these elections.

Jha said that there had been considerable discussion about Begusarai within the party. And while “we felt sad” about not being able to accommodate Kanhaiya Kumar, it was “impossible” to give up this seat to the CPI without a major churning within.

Hasan has lobbied hard for the seat, and the RJD has been reluctant to give up on this candidate who has a good support amongst the Muslim constituents. Kanhaiya Kumar who is a big favourite in Delhi will have have to go deep into the sizeable Bhumiyar and Muslim community to win this Lok Sabha seat that also has a CPI base -- earning the party 19 per cent of the vote share in 2014.

Jha said the RJD had worked hard on the alliances, and brought in the regional groups, to bring in all castes and communities together behind the coalition in these elections. “It is a rainbow coalition” this time around. 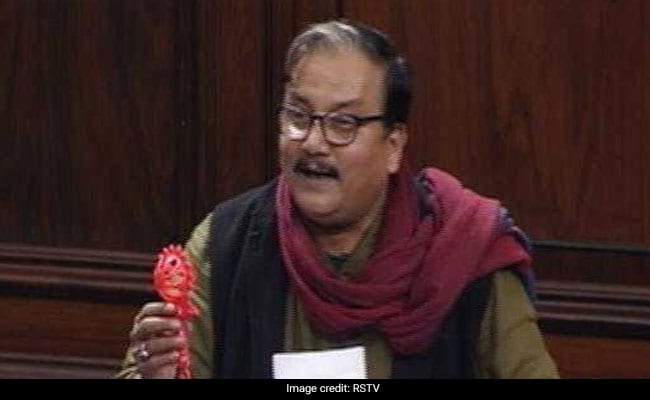 The RJD leader was particularly enthused about the Dalit support for the coalition in Bihar. “I have never seen anything like this for at least ten years,” Jha said. In his view the Dalits were reacting strongly against the 10% reservation for the upper castes, the 13 point roster, and the vacillation of the BJP and the Modi government on the SC/ST Act. Jitan Ram Manjhi who has left the BJP to join the alliance with his Hindustani Awam Morcha is indicative of this.

Significantly the RJD has left the Arra Lok Sabha seat for the CPI-ML, the only communist party to have been accommodated by the coalition. Of the state's 40 seats the RJD will contest 20, and the Congress nine, with the remaining 11 divided between the regional parties.

Jha admitted that the Balakote response had impacted on Bihar initially, “but it is now rapidly fizzling out.” He said people had realised that there was another major side to the story, as reflected in the videos of soldiers' widows who spoke of being ignored and sidelined by the Modi government, which they said had shown no compassion for their husbands who died in the line of duty. He said “the people are not fools, they know what is going on.”

Asked about the popularity or otherwise of Chief Minister Nitish Kumar, Jha said that unlike Lalu Prasad Yadav who was a “spontaneous leader”, the Janata Dal-United chief was just a “managerial leader.” He said people had lost trust in him after he “betrayed” not the RJD, but the “mandate on which he had come to power.”