SILIGURI, WEST BENGAL: Nearly 200 summers ago in 1823 when Major Robert Bruce was released for a ransom paid by the East India Company, he made a strange request to his kidnappers who were the Singhpo tribe of Rongpur in Assam.

The request was so humble that it made Bessa Gaum, the tribal lord, laugh. He obliged the Scottish sahib by handing over a few saplings of tea and seeds. For that was what Bruce had requested.

Little did Bessa Gaum know that he was helping the Scottish sahib plant a permanent election issue in India: Chaibagan. Chaibagan, or the tea gardens, have dominated the electoral politics of India since 1950-51.

The outcome of voting in the tea gardens holds the key to success or defeat for a political party in West Bengal. No wonder the politics of North Bengal where the tea gardens lie scattered, is markedly different from the rest of the state. 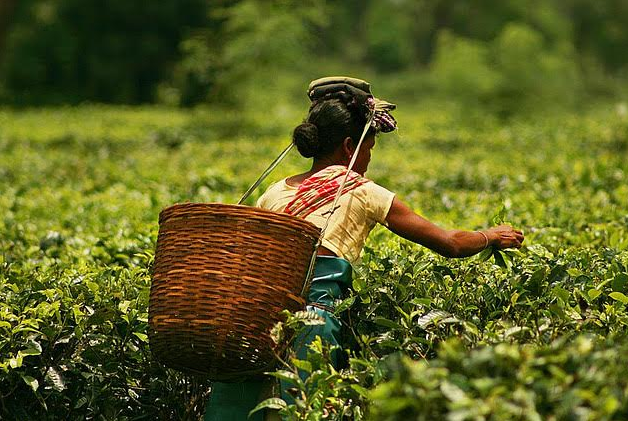 Chaibagan electoral politics differs from other parts of the country as the poll issues are purely local, pertaining mostly to gardens. Here, the Babri Masjid or Ram Janam Bhoomi are not poll factors at all.

Instead, a hike in the monthly salary and the reopening of closed gardens form major poll planks. In Darjeeling, the Dooars and the Terai, the poll issues can be the frequent deaths of Chaibagan coolies, from attacks by elephants and tigers straying into their homes.

To understand their voting pattern, you have to spend some time with the Chaibagan coolies. A day in the life of a “coolie” is very important to fathom which way the political air is moving. Take Minati Oraon of Malbazaar, or Birbahadur Tamang of Kurseong near Siliguri.

Minati Oraon is jobless. So is her husband Kali. Their garden has been lying closed for several months now. Birbahadur Tamang is no longer able to get rice, daal, mustard oil, atta or maida on credit from the shopkeeper. He too has not received a salary for about four months. 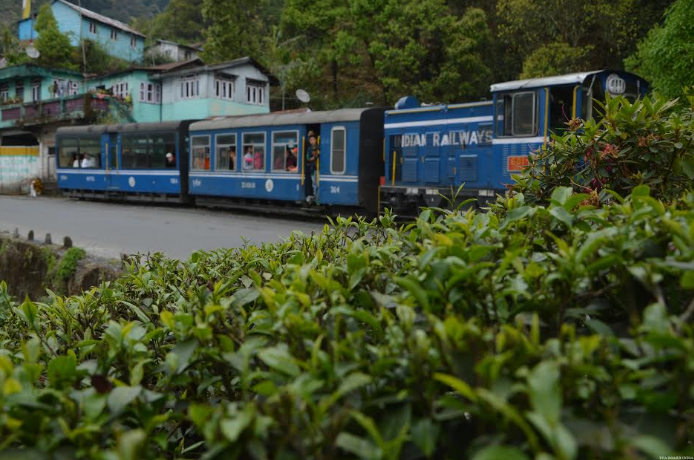 Traditionally, garden politics is entrenched in trade unions. It is the trade unions that influence, determine and induce whom to vote for among the coolies. The number of coolies in tea gardens across North Bengal is about 450,000: direct or indirect workers. They are working in about 330 registered tea gardens.

The total number of coolie-families residing in Darjeeling, Kalimpong, Kurseong, Jalpaiguri and Alipurduar is about 187,000. This matters a lot for candidates contesting the Lok Sabha polls.

It goes without saying they constitute the largest chunk of voters along with their family members in North Bengal. In Alipurduar and Jalpaiguri, they form 50% and 40% of voters respectively. In Darjeeling, it is a hefty 50%.

For decades together, the trade union scenario was dominated mainly by CITU, AITUC, INTUC, Bharatiya Mazdoor Sangh and Cha Bagan Trinamool Congress Mazdoor Union. There also is a Joint Forum of Trade Unions which is meant to press for the reopening of closed gardens. The BJP does not have a trade union of its own.

Since the tea sector in North Bengal hasn’t been doing well for the last six or so years, the coolies are not getting their wages. If Oraon or Tamang are to be taken as representative of garden coolies, it seems many of the owners of loss-running gardens are now going for local labour contractors, who pay Rs.90 as daily wage as against the prevailing daily wage of Rs.159.

Apparently, the Cha Bagan Trinamool Congress Mazdoor Union of Mamata Banerjee has failed in ensuring the minimum daily wage. After the Trinamool Congress came to power, it started systematically pushing CITU, AITUC, INTUC, Bharatiya Mazdoor Sangh out of the gardens. But it did nothing for the reopening of gardens.

In the Lok Sabha polls, the issue of minimum guaranteed wage has already become a very dominant factor. None of the trade unions, however, are in a position to guarantee it – not even the Cha Bagan Trinamool Congress Mazdoor Union of Mamata Banerjee.

This particular factor is being cashed in on by the BJP. Since the BJP has not had a trade union presence in the gardens for decades together, it can bait the voters.

Chaibagan Coolies and the Coming Polls

According to the Tea Board of India, India is the second largest producer of tea after China. The nation produced 1233 million kilograms of tea in 2015-16, of which the contribution of North Bengal was 25%.

However, the minimum daily wage of coolies like Oraon or Tamang remains much lower than the Rs.244 per day as fixed by the West Bengal government under MGNREGA. Though the Plantation Labour Act of 1951 says garden coolies are entitled to shelter, nearly 68% of coolies in North Bengal gardens are yet to get it.

Unlike other areas of West Bengal, electoral politics in tea gardens is extremely complex due to the added factors of Gorkhas, Nepalese and Rajbanshis. Without their help, winning an election is extremely difficult in North Bengal.

To further complicate the poll-politics, the tribal factor comes is, from what is now Jharkhand.

When the plantations were started in the northern parts of Bengal in 1840-41, the biggest problem faced by the British planters was manpower. At the time they resorted to a very strange technique to source manpower: Kidnapping, from areas that are now part of Jharkhand. Now the children of those kidnapped Adivasis constitute large blocks of voters in the tea gardens. These Adivasis usually vote for the Adivasi candidate irrespective of the political party.

In the 2019 Lok Sabha polls, all eyes would be set on the voting in Chaibagan as the arithmetic of voting is likely to be the most complex here.

Traditionally, the largest chunks of voters like Adivasis of Jharkhand origin, Nepalalese, Gorkhas and Rajbanshis voted for either the candidates of Congress or the CPI(M)-led Left Front consisting mainly of the CPI, RSP and Forward Bloc. But the Trinamool Congress has minimised their influence in the gardens.

Yet the Trinamool failed to deliver. Mamata Banerjee’s government hurriedly announced the formation of a Tea Directorate and launched a survey in 27 sick gardens of the Dooars to make an assessment of the problems before the 2019 polls.

But it has failed to impact the voters, who are asking, where was Mamata Banerjee all those years after the 2014 Lok Sabha polls?

All four prominent parties - the TMC, Congress, BJP and Left Front - have fielded their candidates. But they are not getting the desired support due to the emergence of the strong factor of the Nepali-Gorkha combine, which is demanding another state.

It is in this backdrop that that the coming polls may see a sizeable swing of their votes to the Gorkha Janamukti Mocha and Gorkha National Liberation Front.

The cup is now piping hot in the tea gardens of North Bengal.

Photo Sources: Tea Board of India and Wikipedia