Voting Completed in Rajasthan, BJP in Trouble in Significant Seats

'People are concerned about law and order in Alwar' - #TCVotes

EAST RAJASTHAN: Of the 12 constituencies in Rajasthan that voted in Phase 5 of the ongoing general election the Bharatiya Janata Party finds itself in a tough spot in Dausa, Bharatpur and Alwar. Since the Rajasthan assembly elections last December, the BJP has zero presence in Dausa and Bharatpur.

Dausa, which is a constituency reserved for Scheduled Tribe candidates since delimitation in 2008, has eight assembly segments. The Congress won five in December while the other three are with independent MLAs.

Dausa has close to six lakh Meena voters (a Scheduled Tribe) and around 4.5 lakh Scheduled Caste voters. Three lakh voters are upper caste Hindus, 2.5 lakh are Gurjars (SEBCs) and about 50,000 are Muslims of various castes. 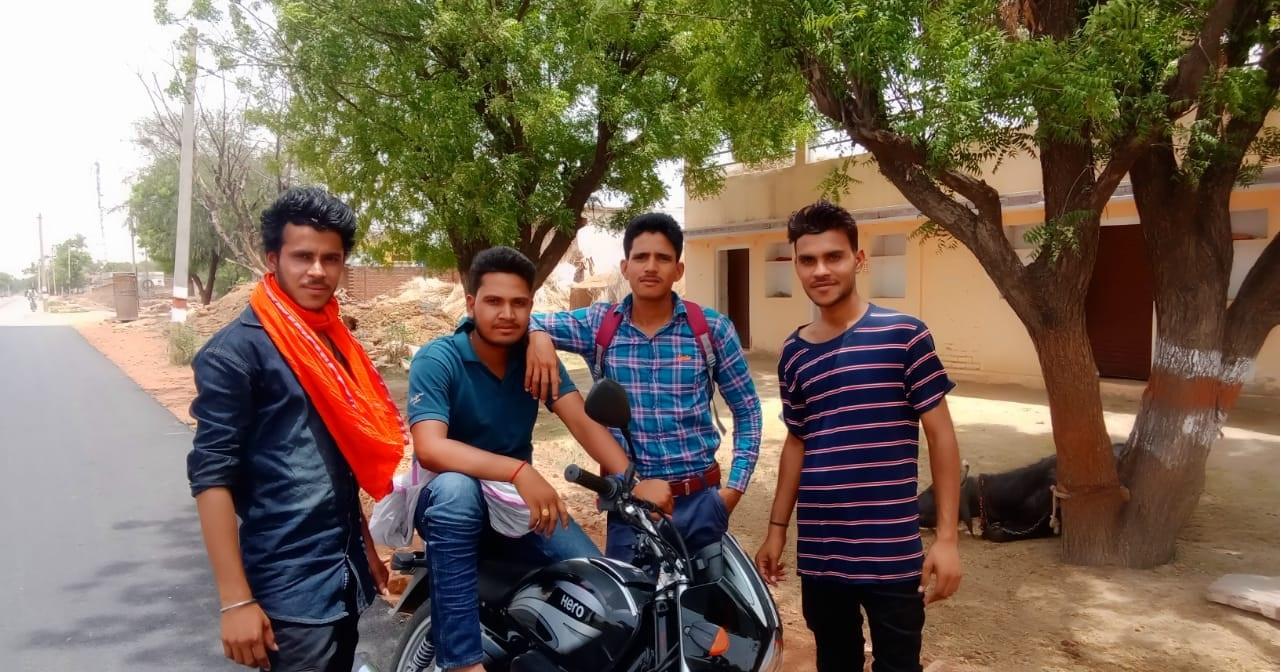 Walking on the streets of Dausa, The Citizen met a group of students enrolled in the Government Polytechnic College here. Local resident Raju Khoda felt that “this time the elections are going to be tough. There are no jobs for the youth and Dausa lacks in development.”

Gordhan Lal Meena joined in, “Meenas are angry with both BJP and Congress. Not much has been done for the community. We thought Kirodi Lal Meena would represent the community better after being sent to Parliament, but nothing happened. He also joined the BJP afterwards.”

According to Rajnish Battu, “Significant works happened during the time of Rajesh Pilot. After his death, development stopped.” On being asked how old he was when Pilot was MP from Dausa he replied, “My father keeps on saying it. He has lived in Dausa for a long time.” 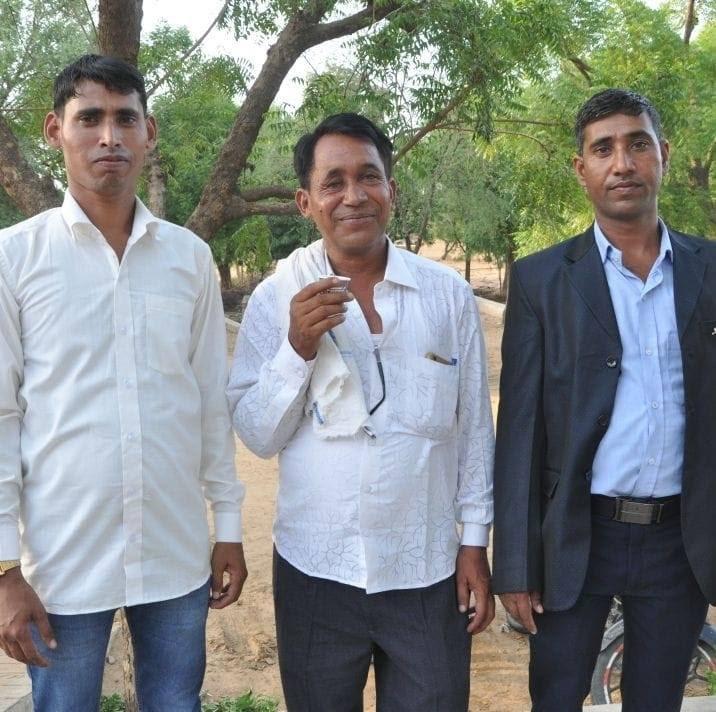 Referring to a more recent government move, Suresh Sakat who owns a garment store here said, “My business crashed after demonetisation. I didn’t have cash to trade and business is still recovering from the setback.”

On being asked about the issues important here Sakat said, “Local issues are more important. National security is in the hands of the defence establishment and they are intelligent enough to carry out their tasks. All promises on national security are only to garner votes. Elections should be fought on issues that pose problems for common people like us.”

Ramkesh Meena works as a real estate dealer in Bandhikui, Dausa. He had differing views. “The country’s security is much more important and PM Modi is doing a great job. Are you aware of the Balakot strikes? We killed so many Pakistanis. I will vote for the BJP so that Modi becomes prime minister again.”

And according to Naresh Jat, a local contractor, “People in Dausa are confused. The Congress is promising something. People aren’t stupid. National security can’t be the sole issue for the next five years. The BJP needs something more to survive.”

Employed at a chemist’s here, Girish Verma told The Citizen that “People of smaller towns like to see development. For us development means a well paying job, roads, schools and low-cost health facilities. I haven’t seen any such projects in Dausa in the last five years.” 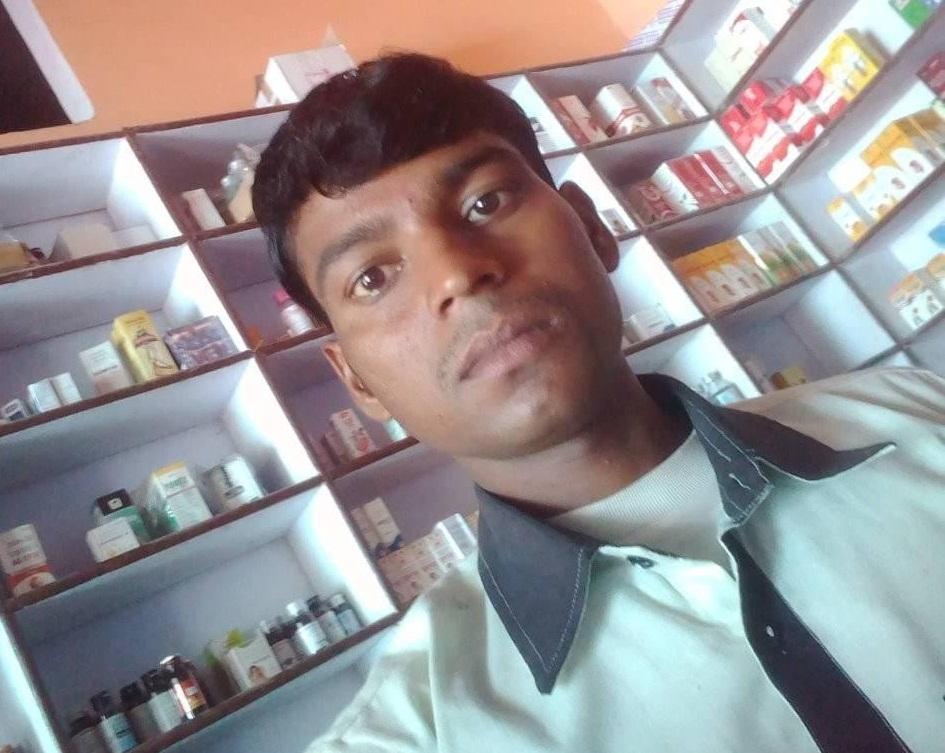 In a bid to get a major share of upper caste and Gurjar votes in Dausa, the BJP has brought prominent Gurjar leader Kirori Bainsla into the party, in hopes of swinging Gurjar votes in its favour. Bainsla has been leading Gurjar quota agitations since 2008, and is also an army veteran. He was associated with the BJP earlier too and had fought the 2009 Lok Sabha polls on its ticket, but lost.

Local sources told The Citizen that Meena, who became the MP from Dausa in 2009, had been seeking the seat for his wife Golma Devi, a former MLA, or for his brother Jagmohan Meena. Meanwhile Hudla, a former BJP MLA and now an independent MLA from the Mahuwa assembly segment in Dausa, was also eyeing the ticket. He is said to enjoy the support of former chief minister Vasundhara Raje.

In order to reach a consensus both Meena and Hudla had met the BJP’s Rajasthan election in-charge Prakash Javadekar and BJP president Amit Shah.

No consensus was achieved, sources said, so Vasundhara Raje forwarded the name of Jaskaur Meena, an old leader who was in the 13th Lok Sabha and was on a parliamentary committee on the welfare of the Scheduled Castes and Scheduled Tribes.

Between 1984-89 and then from 1991 to 2000 the late Rajesh Pilot of the Congress had a strong presence in Dausa. In byelections after his death his wife Rama Pilot won the seat, and their son Sachin Pilot won it in 2004.

Bharatpur, an SC reserved constituency that has long been with the BJP besides a break in 1998 and 2009, witnessed shocking results in the assembly elections last December.

Of the seven assembly segments here the BJP didn’t win a single one. The Congress is present in four and the Bahujan Samaj Party in two, while Bharatpur City is with the Rashtriya Lok Dal, allied with the Congress.

After the debacle, for the general election the BJP decided to field Ranjeeta Kohli, daughter-in-law of former MP Gangaram Kohli, from the Bharatpur Lok Sabha seat.

Kohli is up against the Congress’ Abhijit Kumar Jatav, who is a retired Indian Revenue Service officer and new to the field of politics. However, the presence of BSP candidate Suraj Jatav may spoil the game for the Congress by making a dent among Jatav voters.

A prominent rivalry exists between Jats and Jatavs in Bharatpur, dating back at least to the 1992 Kumher massacre, when Jats set ablaze more than 300 homes belonging to Dalit Jatavs.

Bharatpur was once represented by prominent Congress leaders such as Natwar Singh, Raj Bahadur and Vishwendra Singh. It became an SC reserved constituency in 2008. The Congress won it in 2009 and the BJP in 2014.

A year ago, in a bypoll the Congress won the Alwar Lok Sabha seat by over 1.96 lakh votes.

While driving to Alwar city, The Citizen made a pit stop in a small town and assembly segment called Behror. Here Amar Singh, who works as a technician in the nearby industrial town of Neemrana told us:

“Alwar is in the media for all the wrong reasons. People like peace but the Rakbar incident came as a shock to all of us. Modi is talking about the security of the nation but his own citizens aren’t safe. I wonder what waits.”

In August last year, Rakbar Khan, a resident of Kolgaon in Haryana, and his father Suleimaan were taking two of their cows to their village through a forest near Lalawandi village in Ramgarh, district Alwar, when a group of gaurakshaks or cow protectors thrashed them severely.

According to reports, the police FIR said they received a call from Naval Kishore Sharma, head of the Vishwa Hindu Parishad’s Gau Raksha Cell in Ramgarh, reporting the lynching. It reportedly took the police almost three hours to transport an injured Rakbar Khan to a medical facility two kilometres away. He was declared brought dead.

Soon after, Union MoS Arjun Ram Meghwal of the BJP told the media, “As Prime Minister Narendra Modi’s popularity rose, such incidents were bound to happen.” 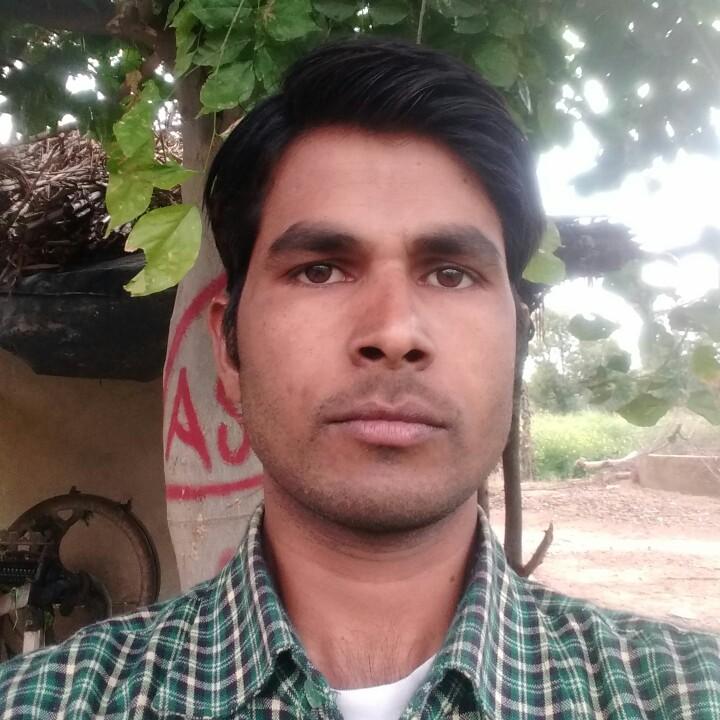 Shahid Abdul who works at a mechanic’s in Behror, said “Things are different in Alwar now. People are concerned about law and order especially after the Rakbar Khan incident, and they will keep that in mind while voting.”

He added, “Everyone promises something but never fulfils it. I have seen BJP and Congress doing the same, but for me safety is also important.”

At the time of writing, another horrific crime in Alwar comes to light. Reports state that a young Dalit woman was raped in front of her husband near Thanagazi. The couple were stopped on a highway and five men gangraped the woman and filmed the incident, uploading the video online.

Rajasthan Chief Minister Ashok Gehlot stated, “I’m taking this case seriously, state DGP himself is monitoring the case & culprits will be punished.” The Alwar Superintendent of Police has since been "removed" according to reports, and the local SHO suspended.

Rajasthan has completed voting in the 2019 general election. The state recorded a 3 percentage point increase in polling, with voter turnout at 66.1% as against 63.1% in 2014.