The Doctor and the Nephew

An uphill fight against the incumbent - #TCVotes

KOLKATA: It’s 8 in the morning and there are 50 people inside the ground floor of a three-storeyed red building on MG Road in Budge Budge, South 24 Parganas district. It’s the party office of the Communist Party of India (Marxist).

Majorly middle-aged and old men, they are getting ready to campaign for Fuad Halim, a doctor practising in Kolkata and the CPM-led Left Front candidate for the Diamond Harbour Lok Sabha constituency. Diamond Harbour goes to vote on May 19, in the last phase of the elections.

Halim has been active in the politics of West Bengal for long, but his only electoral venture before this was in the 2011 assembly elections when he lost to All-India Trinamool Congress candidate Subrata Mukherjee in the Ballygunge assembly constituency by over 41,000 votes.

This was the election in which the Mamata-Banerjee led Trinamool defeated the Left Front, ending its 34-year rule in the state. 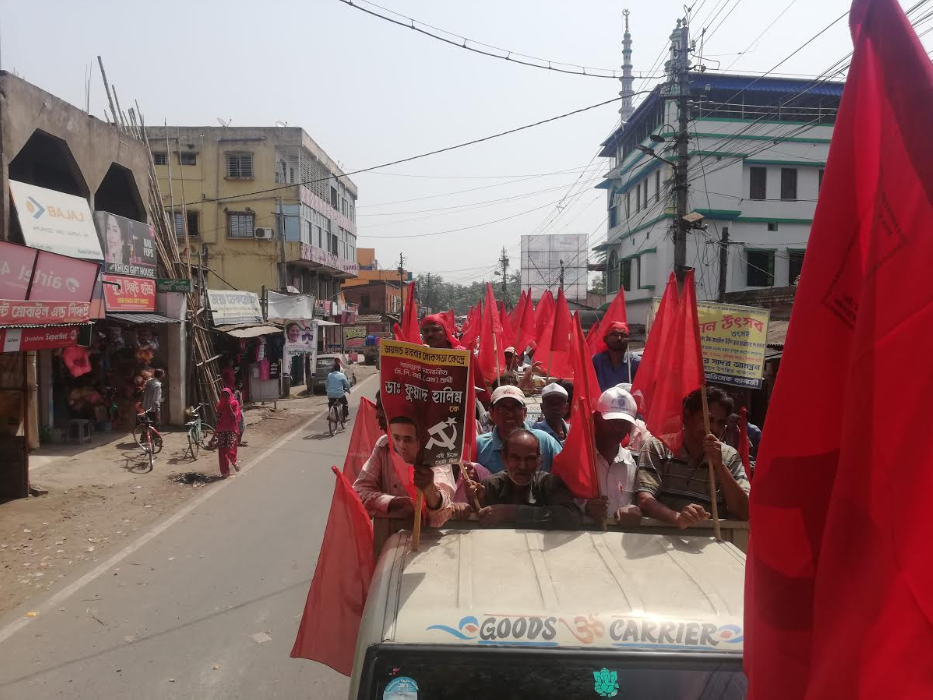 While Halim’s electoral debut came at a time when the CPM was losing its grip on West Bengal, his father Hashim Abdul Halim was the Speaker of the West Bengal Assembly for an unbroken 29 years, from 1982 to 2011. And his grandfather was a councillor in the Kolkata Municipal Corporation under the leadership of Netaji Subhash Chandra Bose.

Despite this lineage the battle ahead is tough for Halim, as he is up against Chief Minister Mamata Banerjee’s nephew Abhishek Banerjee, the sitting MP from Diamond Harbour. Banerjee won the seat by over 71,000 votes in the 2014 Lok Sabha elections, with the CPM finishing second.

It’s just past 9 and over 150 people have turned up now. While the gender balance has improved, the young demographic remains pretty much absent. Nine trucks will be carrying all the workers and supporters through large parts of the Budge Budge and some kilometres of the Satgachia assembly segments, both of which fall under Diamond Harbour. 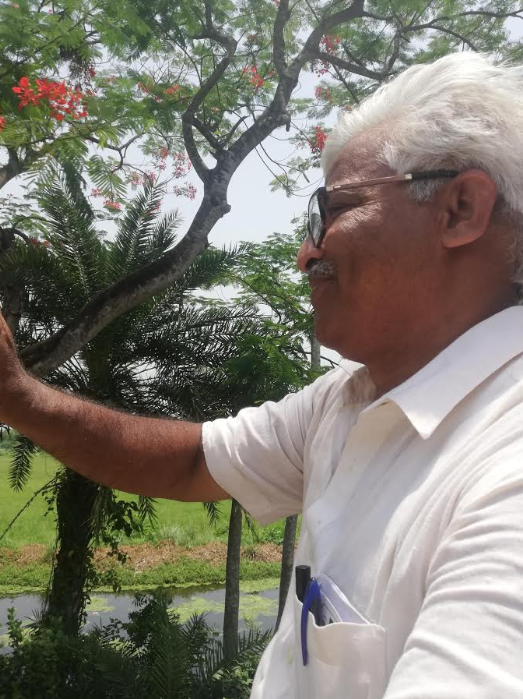 Campaigning for Halim is the popular CPM leader Sujan Chakraborty, the current MLA from Jadavpur. The two leaders climb into the first truck along with the women party workers and supporters. Two chairs have been provided for them to stand up and campaign.

The roadshow begins at 9:15 on an excruciatingly hot Wednesday morning. It soon becomes clear that veteran politician Sujan Chakraborty is a man recognised by some people in the constituency. Each time someone recognises Sujan Chakraborty on the streets, he beams with happiness and everyone in the truck gets excited.

The other noticeable thing is the presence of many huge posters and banners of Abhishek along with Mamata Banerjee, everywhere. In some even the photograph of Mamata Banerjee is missing. Her nephew dwarfs her party symbol. Meanwhile, posters of the CPI(M) or the BJP are hardly visible, in contrast to the intimidating, folded-hands presence of Abhishek Banerjee.

In the BJP’s case, most of the posters feature Prime Minister Narendra Modi, without a photograph of the party candidate.

The roadshow is crossing narrow roads flanked with small shops, moving parallel to the Ganga where fishermen and brick-kiln workers can be seen hard at work in the scorching heat.

It’s around 11 now and the initial excitement, where chants of Inquilab Zindabad or Long Live Revolution were heard, has given way to fatigue from the high heat. However, Chakraborty and Halim continue to wave at the crowd. A party worker is speaking passionately on the mike, requesting the electorate to vote for the hammer and sickle.

A party worker on board the truck faints and some want to stop. But Chakraborty thinks it’s a bad idea, arguing that the wind from the moving truck will help the worker recover. The roadshow continues. She regains consciousness after a while.

It’s not until noon that the roadshow finally comes to an end. As soon as the truck comes to a halt in front of the party office, another worker on board collapses in a faint.

In response to a question, Halim tells me he believes the rally “reflects the democratic attitude: that given the climatic conditions as far as the Communist Party is concerned, despite the severe physical stress that our comrades are facing, the past eight weeks we are on the go.”

Two weeks ago a video went viral of Trinamool supporters in Diamond Harbour campaigning with a statue of Abhishek Banerjee in a jeep. The opposition and some sections of the media claimed it was so Banerjee could avoid the heat.

“And, you have the other parties which are trying to avoid the climatic conditions in which people are working. Today when we moved past the brick kilns, you would have noticed, people themselves are actually slogging,” Halim adds.