NEW DELHI: “Whoever did this was trying to create trouble. It’s an attempt to create communal tension in this area,” said Raj Kumar, a local resident of Trilokpuri’s Kotla village, where two cows were found dead on Wednesday morning, their severed body party strewn across the road near Sanjay Lake. Rai Singh, a dairy farmer who owned the two cows, nodded glumly.

Singh, seated on a charpai in an empty plot of land in the locality (empty other than the dozen or so cows surrounding him), said he counted his cattle on Tuesday night and locked the shed. On Wednesday morning, he found the shed open, and two cows were missing. “The cows had been dismembered; badly beaten and parts cut off, stomach split wide open,” Singh relayed the graphic details. “It happened right here, just across the road.” 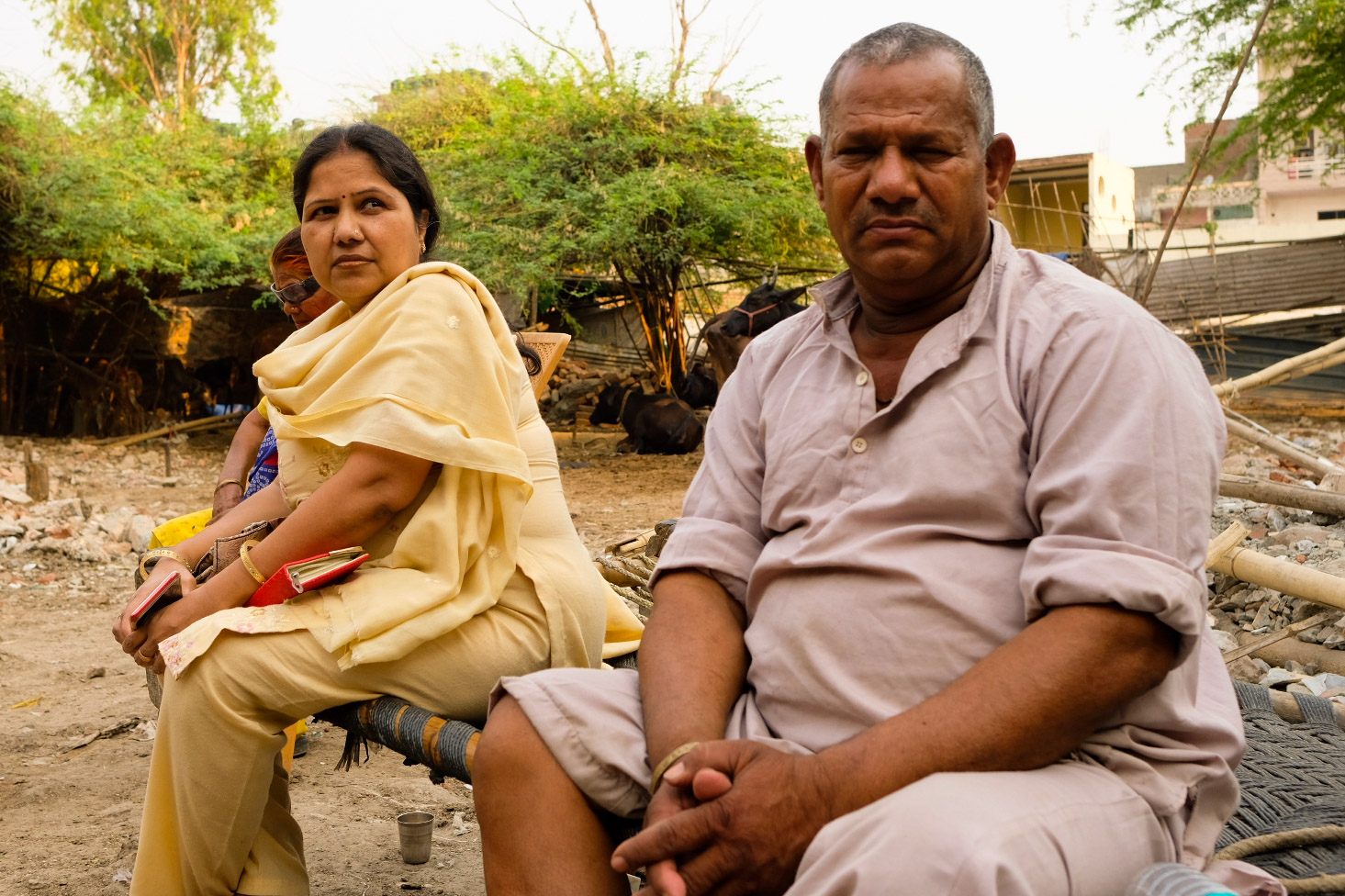 As news of the dead cows spread, so did fears of communal tension and backlash. Members of the Sanatan Hindu Yuva Vahini, a Hindutva group, went to the police station, vowing to bring the perpetrators to justice.

But Rai Singh and other local residents do not see a communal angle. “I don’t know who did it,” Singh said, “but it’s not about communities.” “For me, it’s about my property being destroyed - and I just want justice for that.” “On finding the cows, we called 100 and the police came - almost the entire police in the area was here,” Singh said, adding that so far - no one has been booked.

Was there fear of communal tension? “Of course there was concern regarding communal tension. We’re lucky that things didn’t escalate, that negativity didn’t spread,” said Raj Kumar. 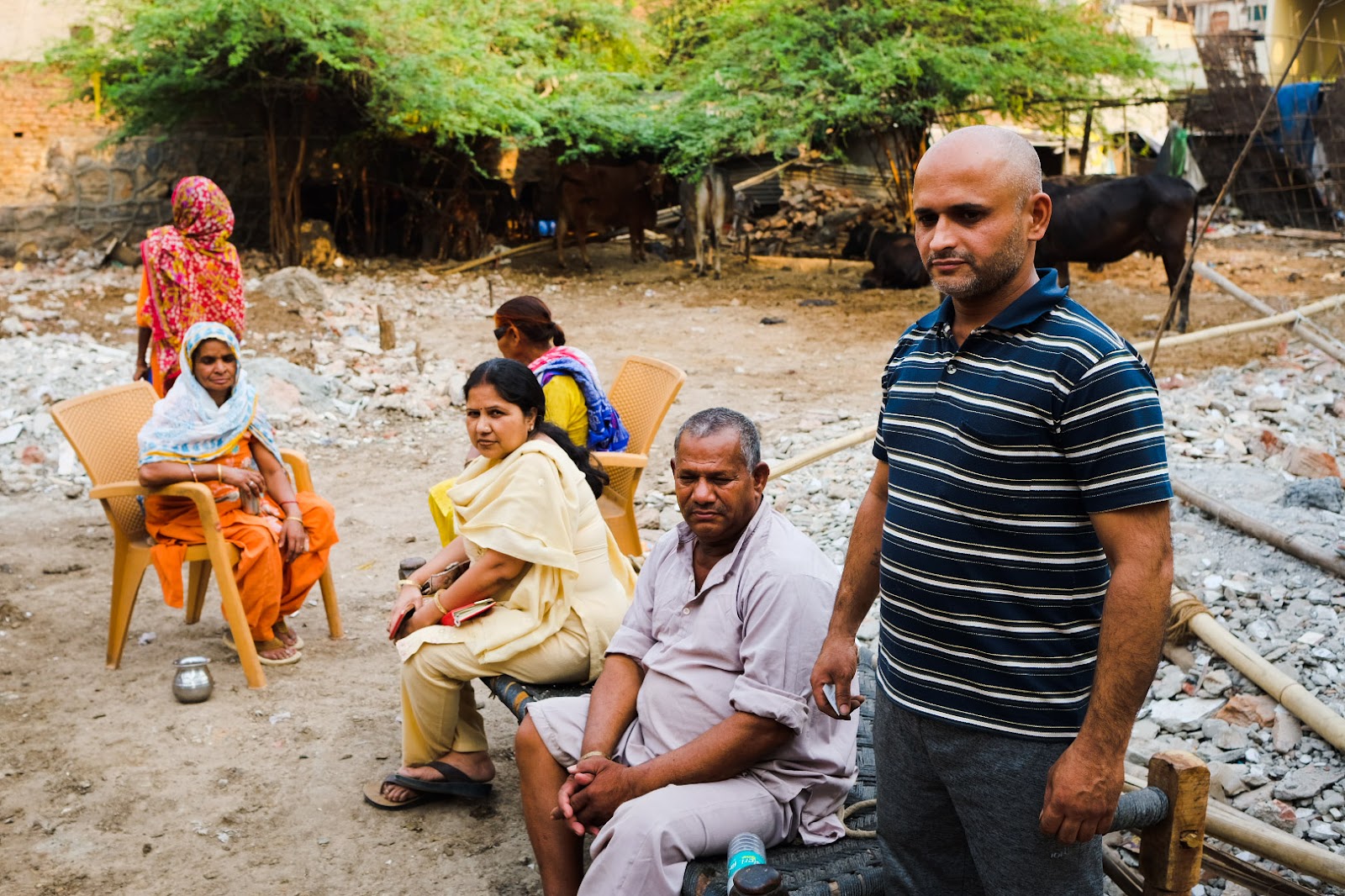 “There was an attempt to create trouble, and whoever did it - they’ve done a wrong thing. To kill an innocent animal is not okay. If you have an issue to pick with someone, an animosity to address -- come and talk to them face to face,” Kumar continued. Singh nodded.

The family repeatedly said that they don’t suspect a communal angle, laying suspicion instead on a neighbour who had a personal issue with Singh.

“You can’t just go about and kill animals. You can’t just spread terror, or try and stoke Hindu Muslim tensions. This is just wrong,” Kumar said. “We’re living in the modern age; people want to live in peace and harmony. To try and spoil that is very wrong.”

“Whoever has done this, they should be caught as soon as possible,” the family said. “If the perpetrator tries to take a powerful person’s assistance, he shouldn’t get it. He should be punished; that’s all one can hope for,” Kumar offered. 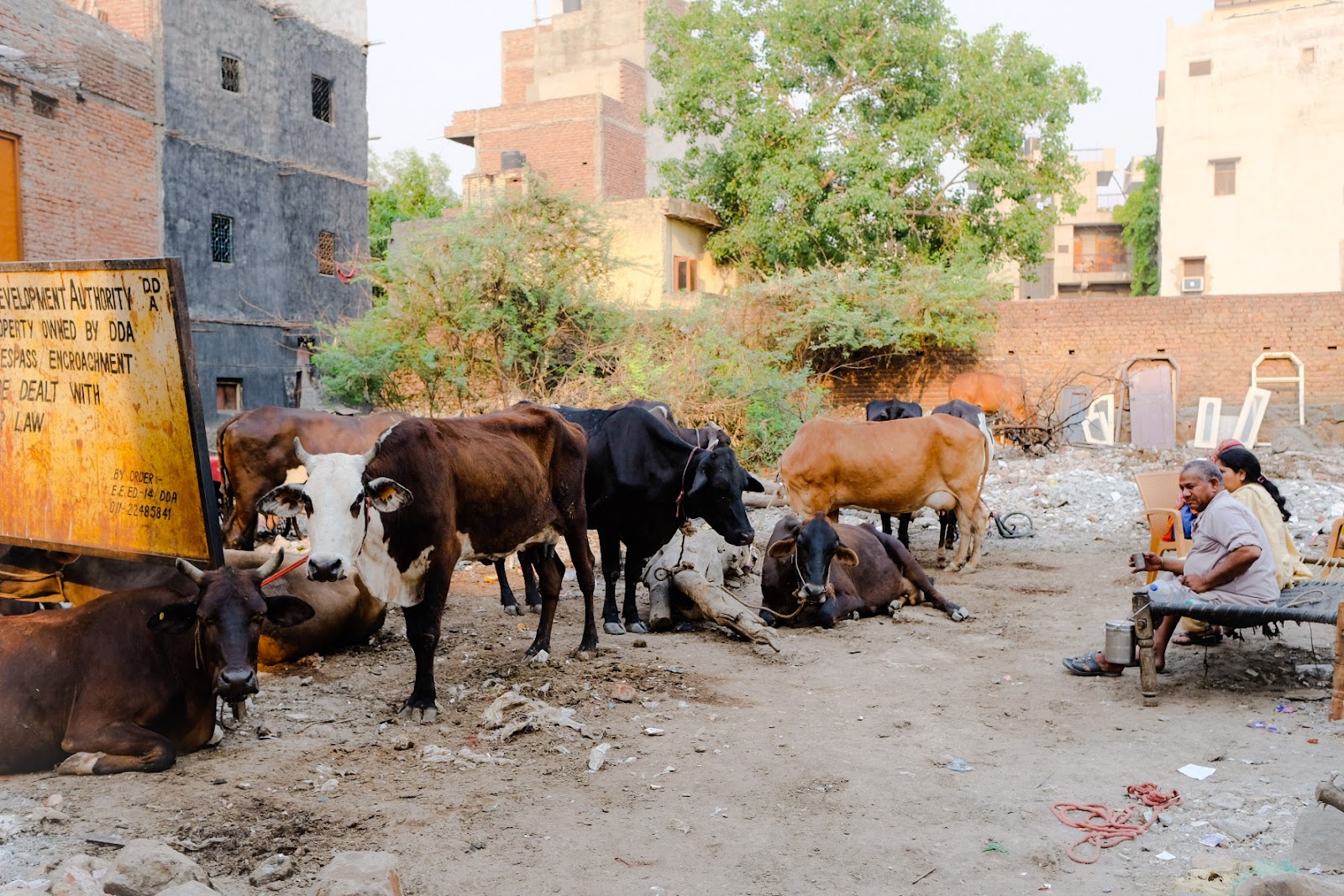 “Whenever there is a crime, like the cows being killed here - immediately after a video was made and circulated on Whatsapp. It was misused to try and spread negativity. This shouldn’t happen - all efforts should be made to spread positivity; to diffuse tensions. Peace should prevail, and the environment shouldn’t become communally tense,” Kumar said.

“If this had happened elsewhere, in another part of Trilokpuri, things could have easily escalated,” Kumar added. “There are more Muslim brothers in that part - and it’s Ramzan time. People who try and create trouble, their only agenda is to create tensions between communities and turn them against each other. We’re lucky that wasn’t successful here.” 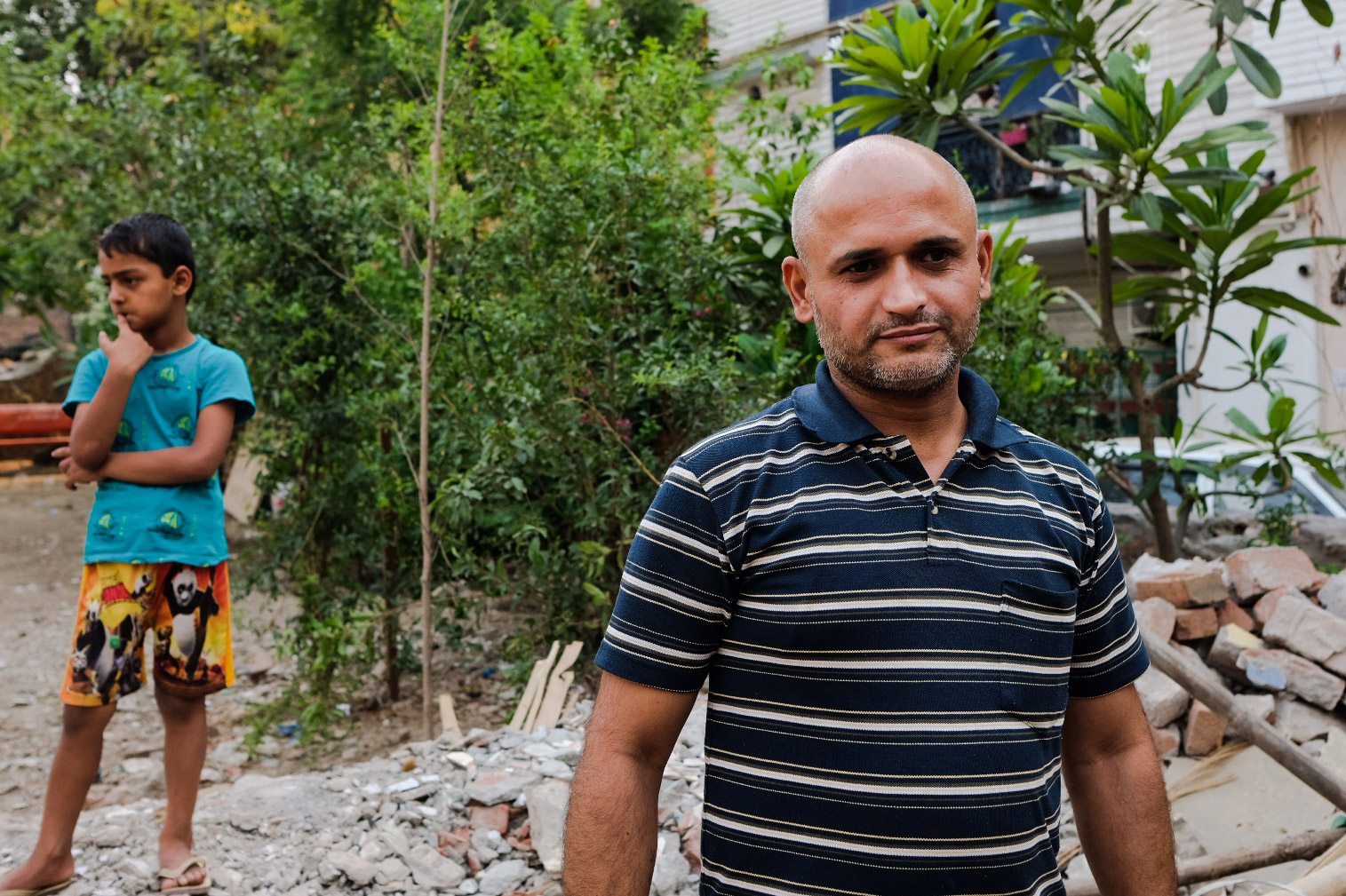 Trilokpuri is known to be communally tense - with incidents of stone pelting between communities making occasional headlines. In 2014, a riot broke out, covered in The Citizen here. In 1984, Trilokpuri was one of the localities that witnessed large scale anti-Sikh violence.

Following the incident, the effort to raise tensions were diffused by local residents, who refuse to buy into a communal narrative. Elsewhere in Kotla, Abhayraj - seated in his small shop - said that the cows were killed by “fringe elements.” “The people of this area are wiser than that,” he said, “this was fringe elements trying to stoke Hindu - Muslim tensions; it won’t work.”

Further along, at a small store selling petrol, Tatrul Hasan said there are no Hindu Muslim tensions in the area. “There’s bhaichara (a brotherhood). We all live together, and there’s no communal angle to any of this.” 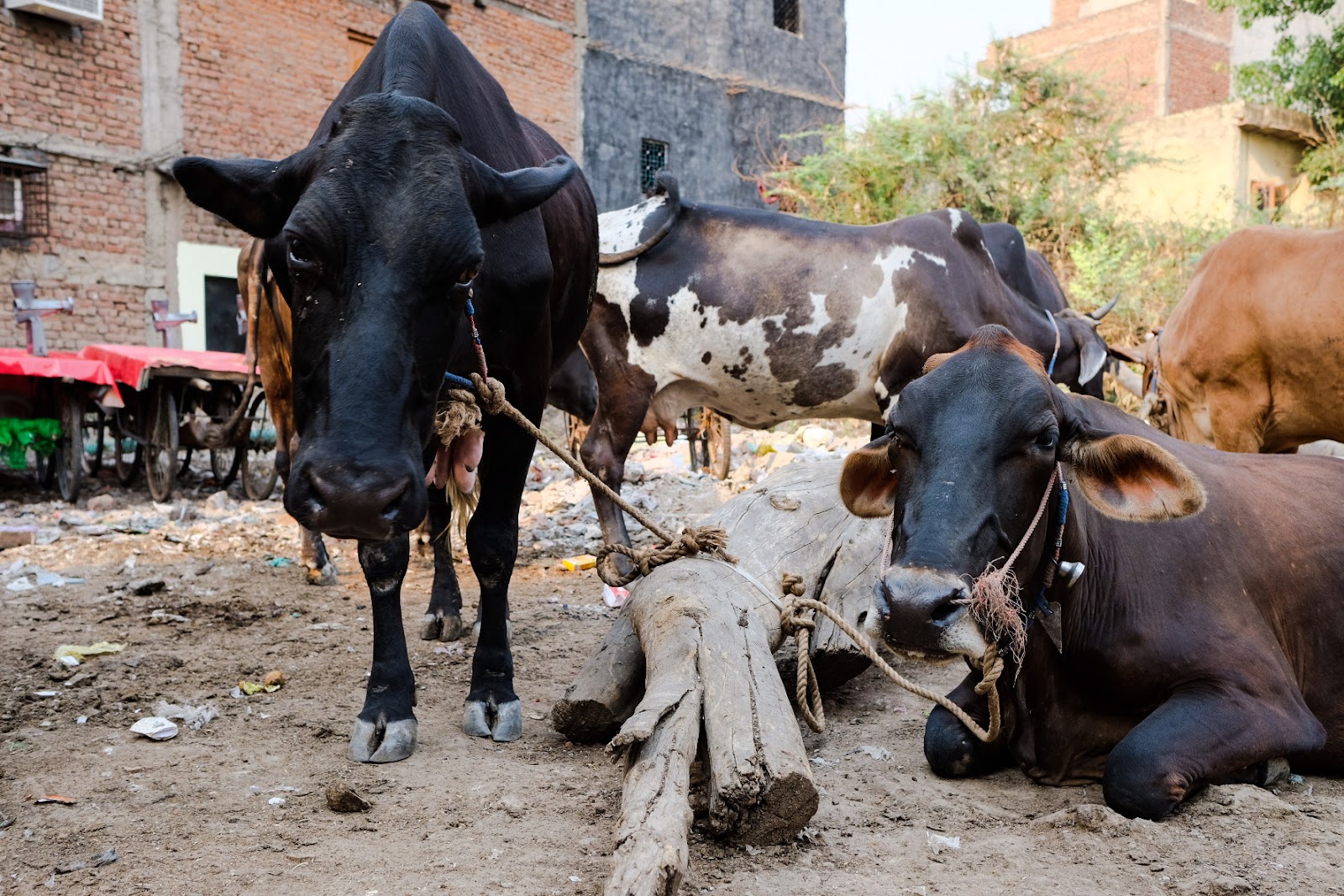