Who Really Was the Foreigner on Board an Indian Naval Vessel?

Against all regulations, former Naval Chief to The Citizen

NEW DELHI: Prime Minister Narendra Modi raised the issue by accusing late Prime Minister Rajiv Gandhi of taking a holiday along with foreign friends aboard the INS Viraat, an allegation stoutly denied since by Naval commanders at the time who were present on board. But what about the Canadian national who was entertained aboard INS Sumitra and took photographs with defence chiefs in violation of protocol and rules.

And this was fairly recently, in February 2016 under Prime Minister Narendra Modi. The confirmation, interestingly, came from those partying on board including the Canadian passport holder Akshay Kumar who himself tweeted about it, including a photograph (see below) of PM Modi tweeting his son’s ears. The delighted Bollywood actor posted, ““Proud moment in a father’s life, when the Prime Minister pulls your son’s ear in jest & calls him a good boy.” This review at Visakhapatnam was incidentally, India’s largest military exercise in 15 years at the time. 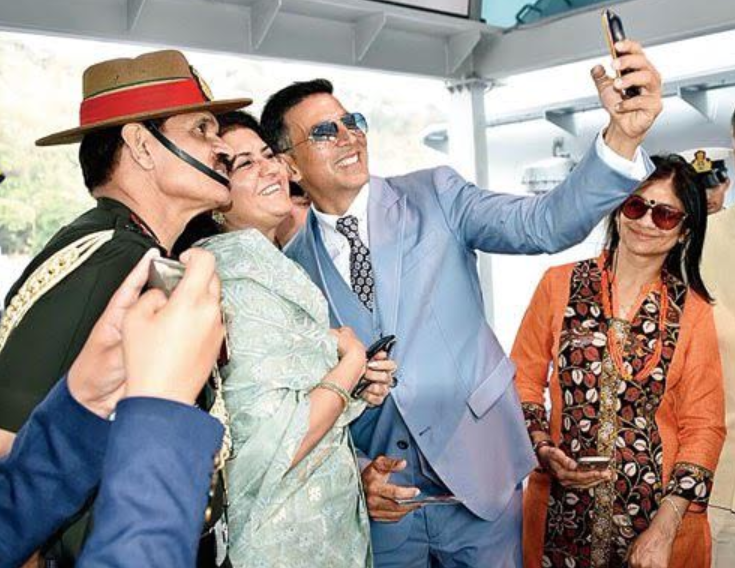 Two years later Akshay Kumar is in the news for his “apolitical” interview of the Prime Minister that was both acclaimed and trashed on the social media. Either Ways it inspired a riot of humour that poured out of both Facebook and Twitter especially on the question whether the Prime Minister liked to suck his mango, or eat it sliced!

Kumar was at that time portrayed as the brand ambassador for the Indian Fleet Review, but when questioned directly by the media, then Defence Minister Manohar Parrikar denied it. Interestingly Kumar’s presence at the review ‘party’ on board INS Sumitra came four years after a Canadian newspaper Vancouver Observer had in a report claimed that he had got his citizenship within weeks, while most persons had to wait years. Kumar got away by saying something about it being an honorary citizenship.

The Indian media stayed out of this controversy by and large, and it was left to Al Jazeera to point out that any kind of Canadian citizenship came with passports. Since the interview Kumar has been trolled mercilessly about his Canadian citizenship with Minister “Chowkidar Kiren Rijiju” tweeting in his support. “No one can question our patriotism. Your motivation to our Armed Forces personnel and the way you generated funds for our martyrs through #BharatKeVeer programme will remain an example for every patriotic Indian.” 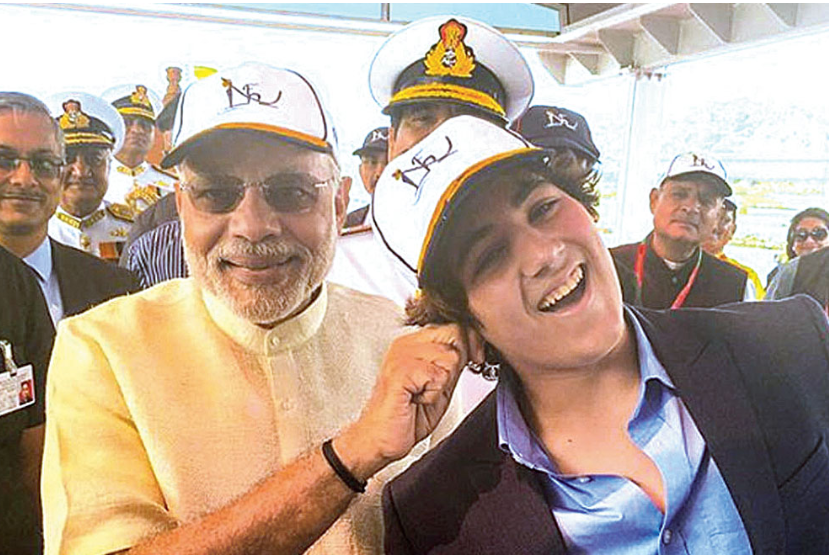 A grateful Akshay Kumar responded, “Thank you so much and I apologise for the delayed response. I am grateful for your kind words. Please be assured, my commitment to #BharatKeVeer and to the India armed forces would remain steady, no matter what.”

Photographs of the actor clicking selfies with the then Indian Army chief Dalbir Singh Suhag aboard the naval ship irked the military (the photograph was published in The Telegraph).While some claimed that he must have got clearance to be on INS Sumitra from PM Modi, others are of the view that this was totally against the norms and the rules.

Former Naval Chief Admiral Vishnu Bhagat voiced the view held by several veterans when he told The Citizen that a foreign national on board the naval ship, in the midst of the International Fleet Review was “blatant violation of the regulations to please the Prime Minister by the then Chief of Naval Staff.”

This assumes further significance in the light of the specific question asked by PM Modi at his rally: “The question is whether the security of the country was not compromised by taking foreigners on board a warship?” That foreigners were on board has been firmly denied by the INS Viraat commander, and also former Naval Chief Admiral L Ramdas. The Admiral was categorical that while Rajiv Gandhi was present on official duty with his wife, there were no foreigners on board.

This does not appear to have been the case in February 2019 when Canadian national Akshay Kumar, a foreigner, was present with PM Modi on board the presidential yacht INS Sumitra. 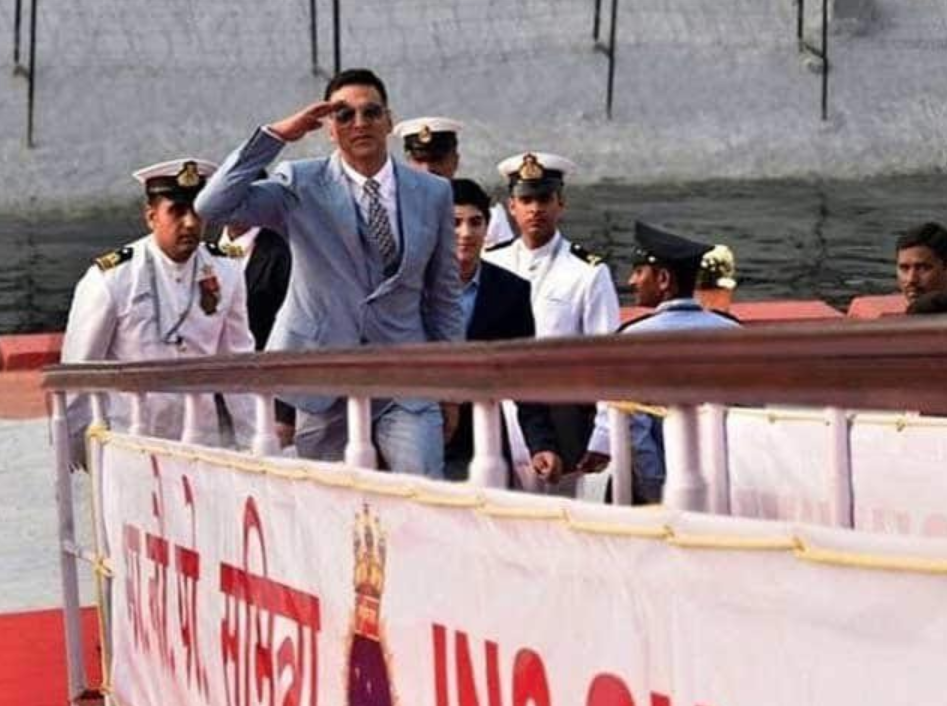