Mandi: A Contest That Defines What Is Wrong With Indian Democracy

MANDI: If there is constituency that show cases what is wrong with the Indian democracy it is the Mandi Lok Sabha seat in Himachal Pradesh. Opportunism, dynasty politics and the forces raking up real issues of the people being relegated to the sidelines, it is all there.

This Lok Sabha constituency is the second largest in the country and covers one of the toughest terrains and extreme climatic regions. It is spread over the districts of Mandi, Kinnaur, Lahaul and Spiti, Kullu and parts of Shimla and Chamba. What makes the contest most interesting is that it may head for a photo finish.

Although there are 17 candidates in fray, the main contestants are Ram Swarup Sharma of Bharatiya Janata Party (BJP) and Ashray Sharma of Congress. This is the lone seat in the state where the Communist Party of India (Marxist) is also in the fray and is trying to take forward issue based politics. 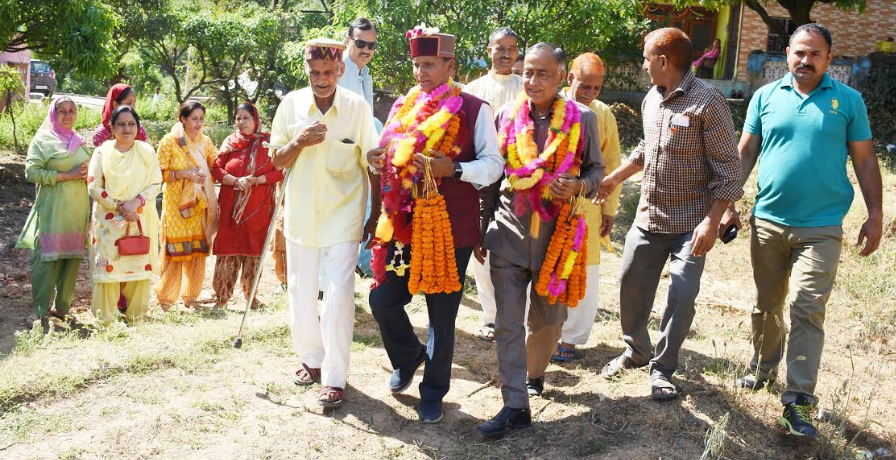 A former organizing secretary of the BJP, Ram Swarup had shot into the limelight when he had defeated Congress heavyweight Pratibha Singh who is the wife of former chief minister Virbhadra Singh during the Modi wave of 2014. He is trying his luck for the second time.

The biggest advantage for him is that Mandi had emerged as the new power centre after the 2017 assembly polls and Himachal Pradesh for the first time got a chief minister from this district in Jai Ram Thakur. This is the first litmus test that Thakur is facing and it is his popularity at stake. He is trying his best to secure a victory for his party’s candidate.

Like in the other seats, the BJP is seeking votes in the name of Prime Minister Narendra Modi who is the face of the campaign in this constituency. The party is talking of nothing else except its brand of nationalism raising Pulwama attack and Balakot air strikes at every opportunity.

The electorate is also being reminded of the ‘surgical strikes’ and the need to have a ‘double engine’ (same party government in both the centre and the state) for development. Anyone talking about supporting BJP mentions that he or she would be voting for Thakur and Modi.

The saga that needs to be told is that of the Congress since it has many dimensions. Ashray is the grandson of former union minister Sukh Ram. Just ahead of the assembly polls in 2017, Sukh Ram had joined the BJP along with his son Anil Sharma seeking a ticket for the latter. Anil won and went on to become the power minister in the state. But come 2019 and this time Sukh Ram wanted a BJP ticket for his grandson Ashray. When it was denied, he along with Ashray came into the Congress that agreed to field him as the party candidate. Anil lost his ministerial berth but remains with the BJP and has not campaigned for hiss son. 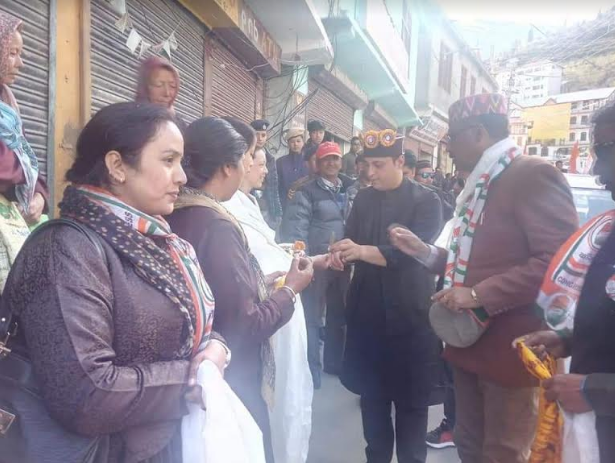 This ‘aaya ram gaya ram’ phenomenon has angered a lot of people, particularly the voters of the constituency outside Mandi district. “Has Mandi become the fiefdom of Sukh Ram family that his family would get tickets for all the elections from various parties? This is the worst example of dynasty politics at display,” is the refrain of many voters this correspondent came across.

There is no doubt that Sukh Ram at the age of 92 years continues to enjoy extreme goodwill among the people of Mandi. People look at him as someone who has contributed a lot for the development of the area.

But the popularity in Mandi alone cannot ensure a victory for Ashray and this is where the role of his bête noire Virbhadra Singh comes in. The two have been at loggerheads for over two decades when Sukh Ram had formed Himachal Vikas Congress in 1998 and had given support to the BJP to form the government under Prem Kumar Dhumal. He had later returned to the Congress.

But Virbhadra has continued to nurture the grudge against Sukh Ram and has lashed out at him at every opportunity. Sukh Ram also had ambitions to become the state chief minister but Virbhadra always emerged the leader with a pan Himachal popularity.

The biggest hurdle for the Congress this time is whether the two who have otherwise joined hands in public would actually work together in reality. It is a known fact that Virbhadra continues to retain his clout in majority parts of the constituency and has the capacity to direct voting en block.

He has reportedly said, “I cannot forgive (Sukh Ram) but since Ashray had noting to do with what happened and is a youth leader I will support him.” He has made two public appearances in support of Ashray. In fact, the majority of hoardings seeking votes for Ashray have a picture of Virbhadra and Sukh Ram hugging each other to convey the message that the two have actually buried the hatchet.

Still the Congress workers have to answer people time and again. “We are telling the people that Sukh Ram never felt at home in the BJP and has returned home to his parent party where he spent a major part of his political career to ensure a victory for his grandson,” said Vijay Pal Singh Chauhan of the Congress who comes from Jai Ram Thakur’s assembly constituency of Seraj.

Interestingly the caste factor on this seat has got nullified since both the candidates are Brahmins and Mandi even otherwise is known as ‘Chhoti Kashi’.

The Congress is otherwise largely campaigning on the issues listed out by the party’s central leadership.

But the moment one leaves the urban areas and moves into the villages, there is altogether a different scenario as one comes across CPI-M cadres and supporters moving from one village to the other on precarious heights talking about real issues with the people, while seeking votes for their candidate Kayath.

“Results do not matter. We are telling the people that the parties for whom they voted in the last 70 years have failed to deliver. Our biggest strength is that people now recognize what we stand for and we are a household name in the villages,” says Moti Ram Katwal from Railaghat who is a senior CPI-M functionary that this reporter met in Sainj valley of Kullu district.

In the villages the people know it as CITU (trade union wing) party that has led a series of agitations for farmers who lost their land when the 2150 Mega Watt Parvati hydro project came up, the right to employment under Mahatma Gandhi National Rural Employment Guarantee Act (MGREGA), the rights of ASHA workers, Mid Day Meal workers etc.

In December this year, the party workers had led an 11 day agitation at Sainj for deputation of two doctors at the Community Health Centre (CHC). After making the promises, the authorities are yet to deploy doctors here.

Sainj and Gadsa are two valleys where people have traditionally been hiking for two to three days to reach heights and collect traditional herbs for which they are paid pittance by the local traders who sell the same for lakhs in markets outside.

The villagers point out that ever since the area was declared a Great Himalayan National Park, their rights to collect the herbs have also come under threat although many people carry on with the vocation after sneaking to the heights.

This is also the area where people have gone ahead to demand MGNREGA employment and women in particular are demanding proper implementation of the scheme. The CPI-M is also the only party that has been taking up the issue of Dalit atrocities vociferously while the other parties do not even touch the issue. Very few people outside know that Himachal Pradesh is second in India in terms of high Dalit population in terms of the percentage of the total. Their population is approximately 28 per cent.

There are many other issues which are not finding space in political narrative even in main Mandi or other towns that form a part of the constituency. These include health facilities in remote interiors of Lahaul and Spiti, issues pertaining to the much promised rail connectivity, hiking the import duty on import of apples, fixing a Minimum Support Price (MSP) for tomatoes and building an airport in Balh. There are also the issues of connecting various places with tunnels like Jalori-Jot tunnel that would make travel in this high terrain shorter and convenient.

The entire campaign is otherwise lost in superficial campaign. One thing that the people are expecting is a photo finish to the contest that will have long term implications in the state politics. If the BJP candidate wins it would establish Jai Ram Thakur as a strong leader in the state.

A victory for the Congress candidate would mean a revival of the party that was badly punished by the people in 2017 assembly polls. For the Left, a good showing will lay a roadmap for the future as it has been making its presence felt for a long time in the state and it would also be a statement by the people whose issues have long being ignored.

“This is for the first time that nobody has an inkling what the results would be like. It is the seat that has caught the eye of everyone not only in Himachal but outside as well,” said Dushyant Thakur who runs a Guest House on Kullu Road in Mandi. This election is most likely also about the grand old politician Sukh Ram wrapping his innings which many would want to be on a winning note.