The Curious Incident Of Amit Shah And Lalu Yadav

NEW DELHI: The Bihar government has formed a high level committee to investigate a curious incident. On the night of August 20, mysterious circumstances resulted in BJP President Amit Shah and four others getting trapped in the lift of a state guesthouse in Patna. Shah was in the state capital to assess the BJP’s preparedness for the upcoming polls, when around 11:30 PM he and party general secretary and in-charge of Bihar affairs Bhupender Yadav, general secretary (organization) Saudan Singh, party's state general secretary (organization) Nagendraji and Shah's security in-charge Sanjeev Choudhary got stuck in the lift for all of ten minutes.

As lifts in state guesthouses are so reliable, the BJP reacted sharply to this incident, calling it a “conspiracy on the part of the state government” and “insult to the BJP chief.” The state government’s initial response was that the lift got stuck because of overloading, with the load capacity at 340kg.

The best response, however, has come from none other than Lalu Prasad Yadav, who pointed a finger at Amit Shah’s weight for the incident. “A man as fat as Amit Shah shouldn’t have entered Patna lift as Bihar lifts are not made to carry such fat people,” Lalu said in his characteristic style. You can watch the full statement below:

Lalu is in full force in the lead up to the polls, taking on BJP leader and Indian Prime Minister Narendra Modi just a few days earlier. Watch Lalu mimic Modi in the video below:

All this is reminder of the hilarity (not to mention political sharpness) that is Lalu Prasad Yadav. Here is a look at some of his funniest quotes over the years:

After actor Hema Malini called Lalu to complain about the state of Bihar’s roads, he said (and later retracted): 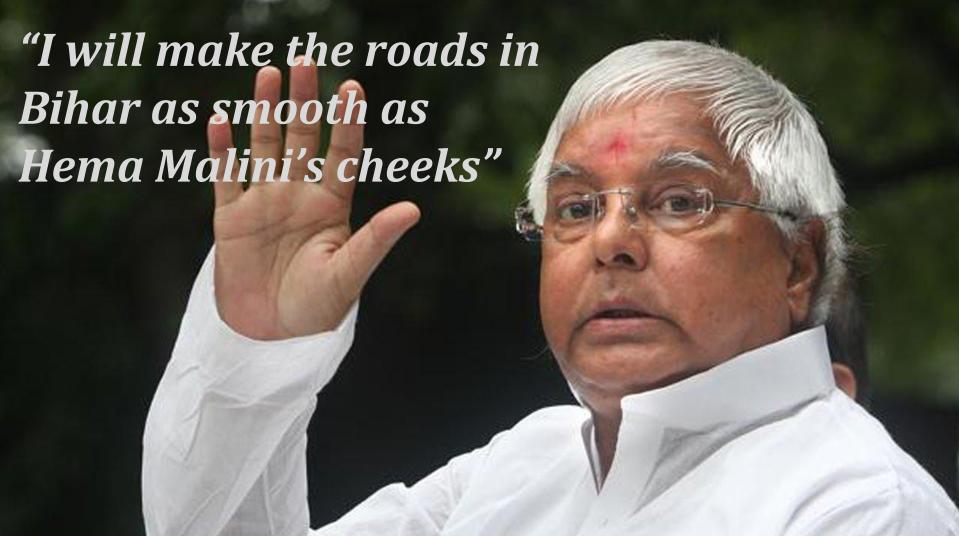 On dodging responsibility through divine attribution, Lalu commenting on increasing railway accidents whilst he was railway minister: 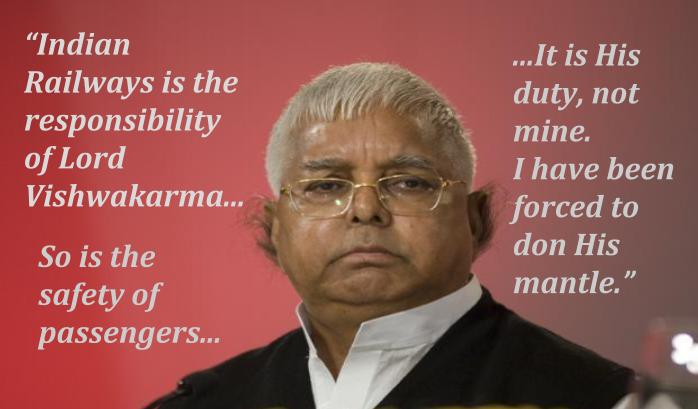 On economics, Lalu’s perfect analogy on the turnaround in the railway ministry under his leadership: 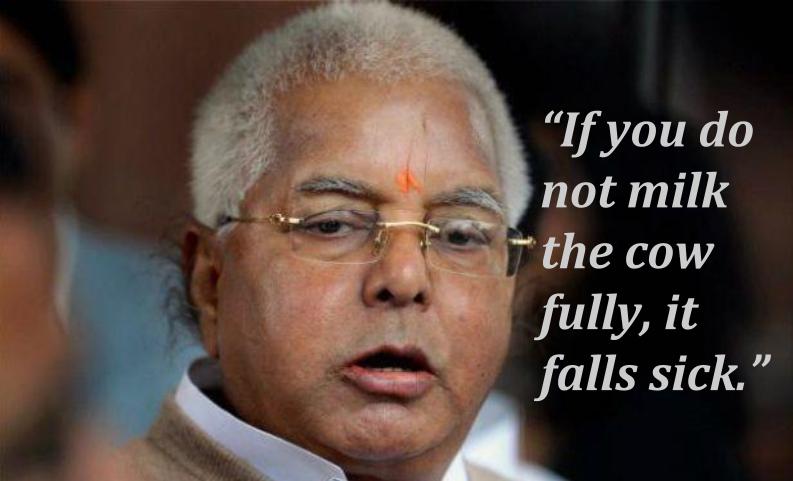 On childhood lessons, when asked about handling the railway portfolio in the UPA government: 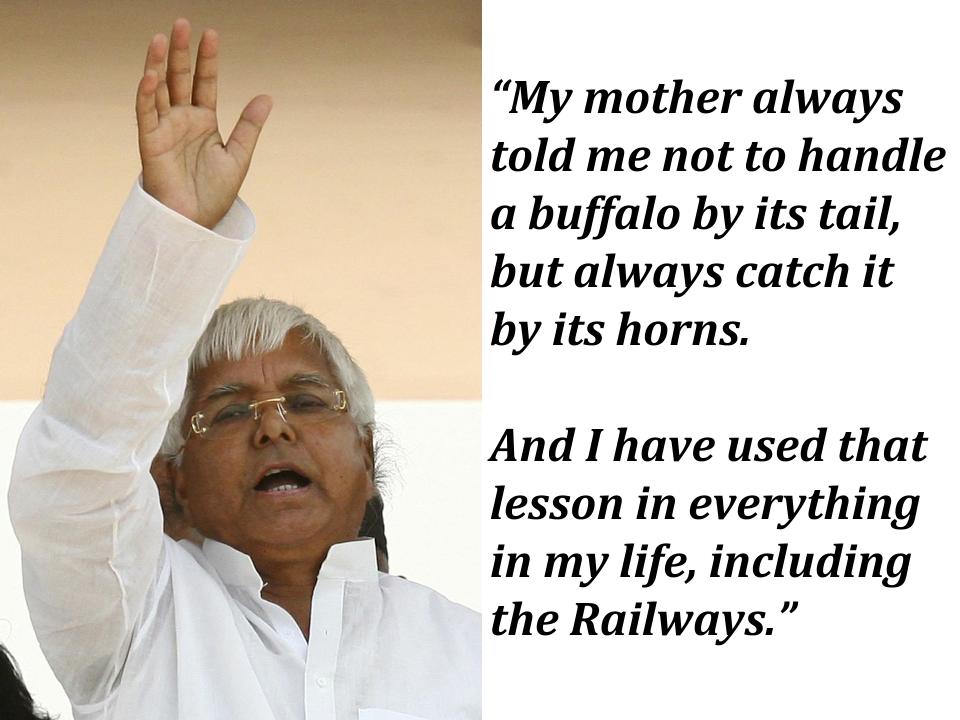 And this gem ahead of the Bihar state elections: 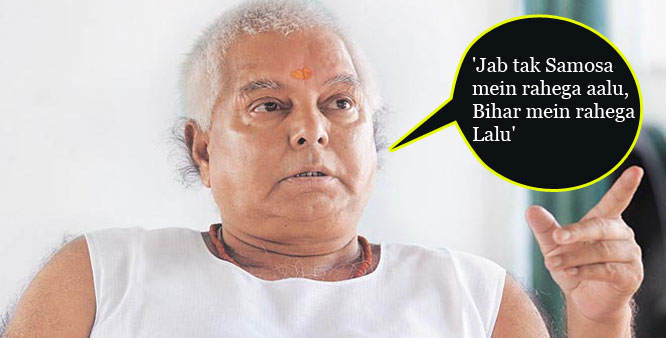