Winter Has Come: Your Guide To The Winter Session Of Parliament

Image from 1st day of winter session has gone viral

NEW DELHI: The winter session of Parliament has begun, with Prime Minister Narendra Modi taking his negotiation skills out of the legislature and inviting Congress president Sonia Gandhi and former Prime Minister Manmohan Singh for tea at his residence in an attempt to break the impasse over the passage of the Goods and Services Tax (GST) Bill. The GST Bill is extremely important for the party at the centre, as the Prime Minister’s numerous trips abroad have been complemented by a promise that the government will institute an indirect tax law by 2016.

The GST is not the only bill up for discussion, as the agenda includes 19 bills currently pending in Parliament for consideration and passage and 14 new bills to be introduced.

In the session thus far, the tolerance issue was highlighted with Home Minister Rajnath Singh saying ‘secular’ has been the most misused word in Indian politics.

Can’t keep up? Here’s everything you need to know about the winter session of Parliament:

Parliament will meet for the winter session between November 26th and December 23.

The Opposition has a clear agenda as well, including provocative statements of ministers and MPs of the BJP, price rise and food inflation, agrarian problems and farmer suicides, communal tensions, shrinking of space for democratic dissent and dialogue, the murder of the dalit children in Faridabad and Union Minister VK Singh’s subsequent remarks, rise in excise duty of petrol, foreign policy setbacks in Nepal and the Maldives, women’s safety, the Bank of Baroda scam, the black money stashed abroad issue, and the outcome of the PMs foreign visits.

Think about the Monsoon session of Parliament, and how acrimonious it was as the government and opposition butted heads. Now think about what has happened since that session of parliament -- the Bihar elections, and the role the results have played in unifying and strengthening the Opposition. Also think about the numbers, as in the Rajya Sabha the BJP has only 48 seats, and the Opposition has been able to effectively block bills when they reach the Upper House. The government knows this, and the Prime Minister’s invitation to Sonia Gandhi and Manmohan Singh for chai is in line with the BJP’s strategy to try and engage the Opposition and strike a compromise that will enable some form of the GST bill in particular to be passed. The Opposition, however, will have to be careful not to appear obstructionist.

What has happened thus far

The first two days of the winter session focused on the constitution of India, and a discussion on the tolerance issue.

Home Minister Rajnath Singh, in his speech on India’s constitution, drew attention to the words ‘socialist’ and ‘secular’ -- saying that the latter was one of the most misunderstood words in Indian politics. Singh also questioned why the Congress government in power at the time chose to add these two particular words to the preamble of the Constitution in the 1970s.

Actor Aamir Khan, who has been caught in the eye of the tolerant/intolerant storm, featured in the session as well, with Singh targeting the actor by saying, “Ambedkar too faced injustice and discrimination due to social iniquities, but kept control over his feelings, and always presented an objective point of view.” "He (Ambedkar) never said how much he is being insulted in India. He said he will live in India for strengthening the country. He never thought he will go somewhere elsewhere," Singh said.

Sonia Gandhi hit back, accusing the Modi government of deliberately attacking "the ideals and principles that inspired the country for decades". "The people who have no faith in the Constitution, who have not contributed to its making, they are talking about it repeatedly, are trying to appropriate it. There cannot be a bigger joke," she said. “What we have been witnessing from past few months is completely against the values that have been ensured by our Constitution,” Gandhi added.

In other news, an image of the PM -- where he appears to be snoozing -- went viral, resulting in memes along the following lines: 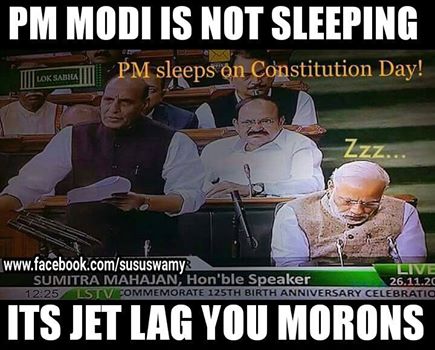 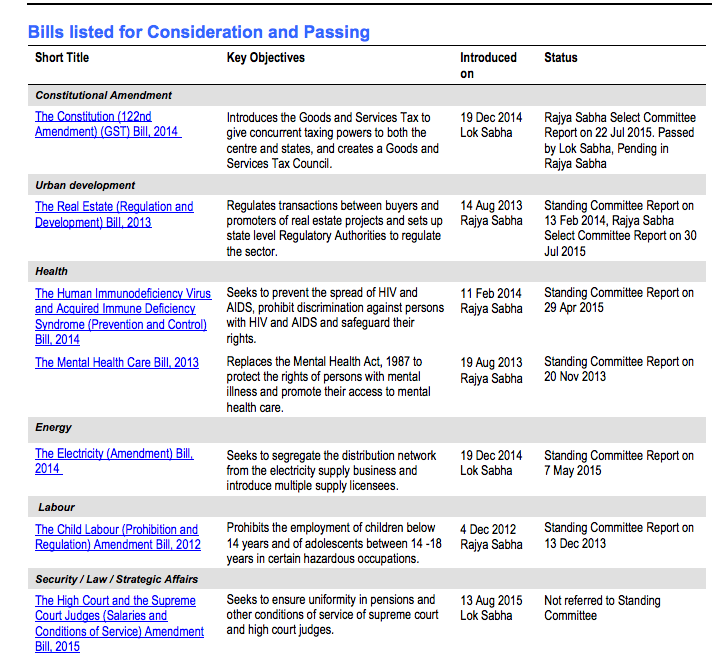 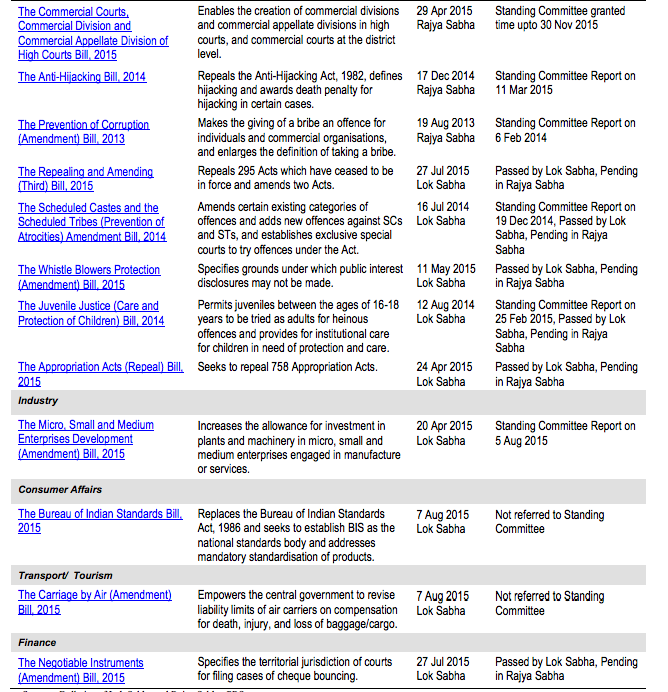