Where is Hardik Patel?

Patel who had virtually paralysed the Gujarat government with a Gujarat wide agitation for reservations for the Patel community was slapped with two sedition cases and placed behind bars. Where he remains until the next Gujarat High Court hearing on January 6.

The state government that was initially taken by surprise, recovered under what many in the state insist were directions from Delhi, to crack down on Patel. Since then the Gujarat government has taken a hard position to the point of cracking down on attempts by Hardik Patel’s supporters to stage protests.

Just recently 37 members of the Patel community were arrested for trying to sit on indefinite hunger strike for Hardik Patel’s release. And for the withdrawal of sedition charges against him.

Hardik Patel has been charged with inciting people to resort to violence with his bail plea maintaining that this charge is “politically motivated”. And that the sedition charge against him and other leaders of the agitation was an attempt by the state government to “suppress a legitimate agitation for reservation.”

The crime branch had charged Hardik and five of his key aides under Indian Penal Code sections 121 (waging war against government), 124 (sedition), 153-A (promoting enmity between different communities) and 153-B (assertions prejudicial to national integrity). However, the high court had recently removed section 121, 153-A and 153-B from the FIR, while the sedition charge was upheld, according to media reports Interestingly Patel’s Facebook page that had been dormant since October has now shown sign of activity a day ago with a poem substituting the usual self portraits carried on it. 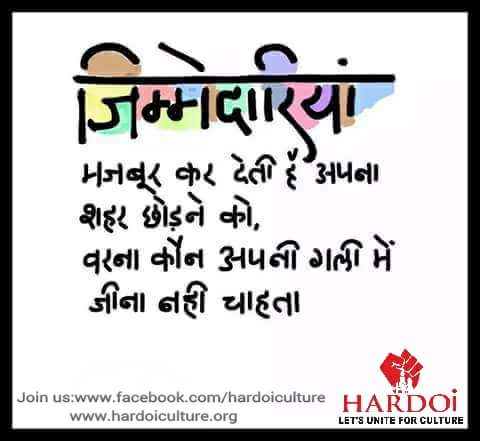 It says that responsibilities make it imperative for one to leave the city, as after all who does not want to live in his own home (street).