HCU Turned Into A War Zone by Govt, Student In Serious Condition in ICU

NEW DELHI: In what was clearly a decision taken at the top, the police was let loose on the students protesting the return of Vice Chancellor Appa Rao Podile under whose watch scholar Rohith Vemula had been compelled to kill himself. The VC of the central university had been moved out for a short while, and now been brought back in by the government sparking off protests across the campus. Two consecutive days of a brutal lathi charge on the students left several injured, and one student in ICU where he was taken unconscious. About 30 students were arrested after being beaten by the cops inside the campus -- at the time of writing, the arrested students and staff are being held at undisclosed locations. About 44 students were treated for injuries at the University health centre, including more serious injuries such as fractures and head injuries.

The authorities converted the University into a war zone, with stringent restrictions imposed on not just food, but also water and electricity. Internet access, State Bank of Hyderabad debit cards were restricted and the food mess ordered shut. Movement was virtually prohibited with the media and visitors not being allowed into the campus. The students were left at the mercy of the police, that cracked down on the protesters, thrashing them mercilessly and arresting many who were taken away to undisclosed locations.

At the time of writing, PhD scholar Uday Bhanu who was reportedly attacked by the the police for cooking food for students on campus was admitted unconscious into ICU. The Citizen was informed that Bhanu is admitted at Pranam Hospital, Hyderabad and his condition is serious. His only crime was that he was trying to ensure that the students got a meal, as this too seemed to have been prohibited by the authorities. 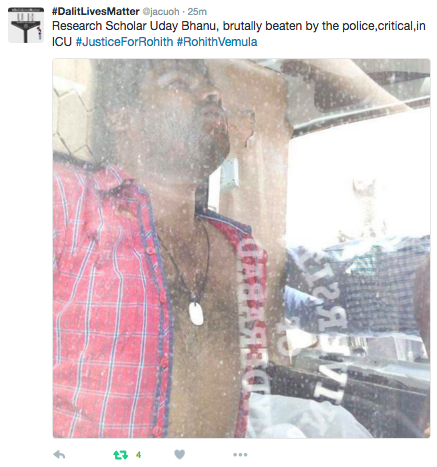 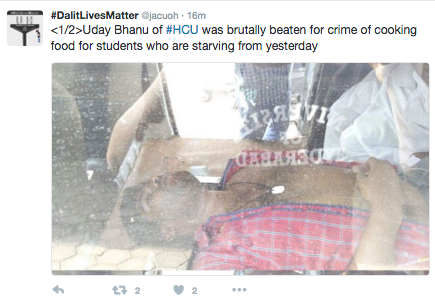 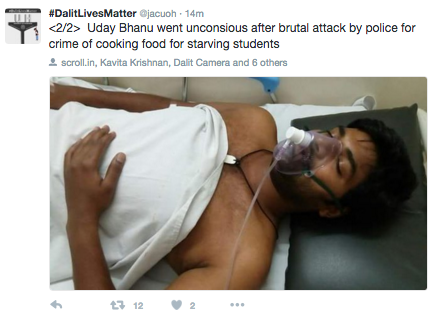 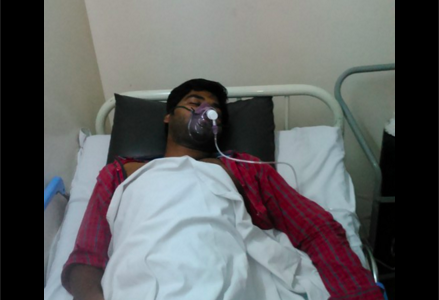 Students have been protesting the return of the VC, who is currently facing a judicial probe over the death of PhD scholar Rohith Vemula, who committed suicide in January this year. Vemula’s suicide note highlighted the reality of caste discrimination on campus, as Vemula -- along with four other Dalit scholars -- had been expelled from the University hostels. The central government came under widespread criticism, as it was revealed that the University’s decision to act against the students came after HRD Minister Smriti Irani wrote a series of letters to the Vice Chancellor demanding action. Irani’s own intervention was based on a letter by Union Minister of State for Labour Bandaru Dattatraya in August 2015, that called the University “a den of casteist, extremist and anti-national politics.”

Vemula’s suicide spiralled into a national students and dalit movement, with #JusticeForRohith becoming the rallying cry. The interference of the central government was criticised at all levels, with the recent Jawaharlal Nehru University controversy -- where three students were arrested on the charges of ‘sedition’ -- acquiring a similar context.

Given the immediate context, the VC’s return to the campus led to widespread protests, with the police quickly moving in after the VC’s residence on campus was ransacked. Students and staff members were picked up and taken to an undisclosed location, with protesters criticizing the high-handedness.

The administration then clamped down cutting off electricity, internet access and food supplies, and restricting entry into the University campus. The following letter was sent to the Commissioner of Police, prior to the attack on Bhanu and others. 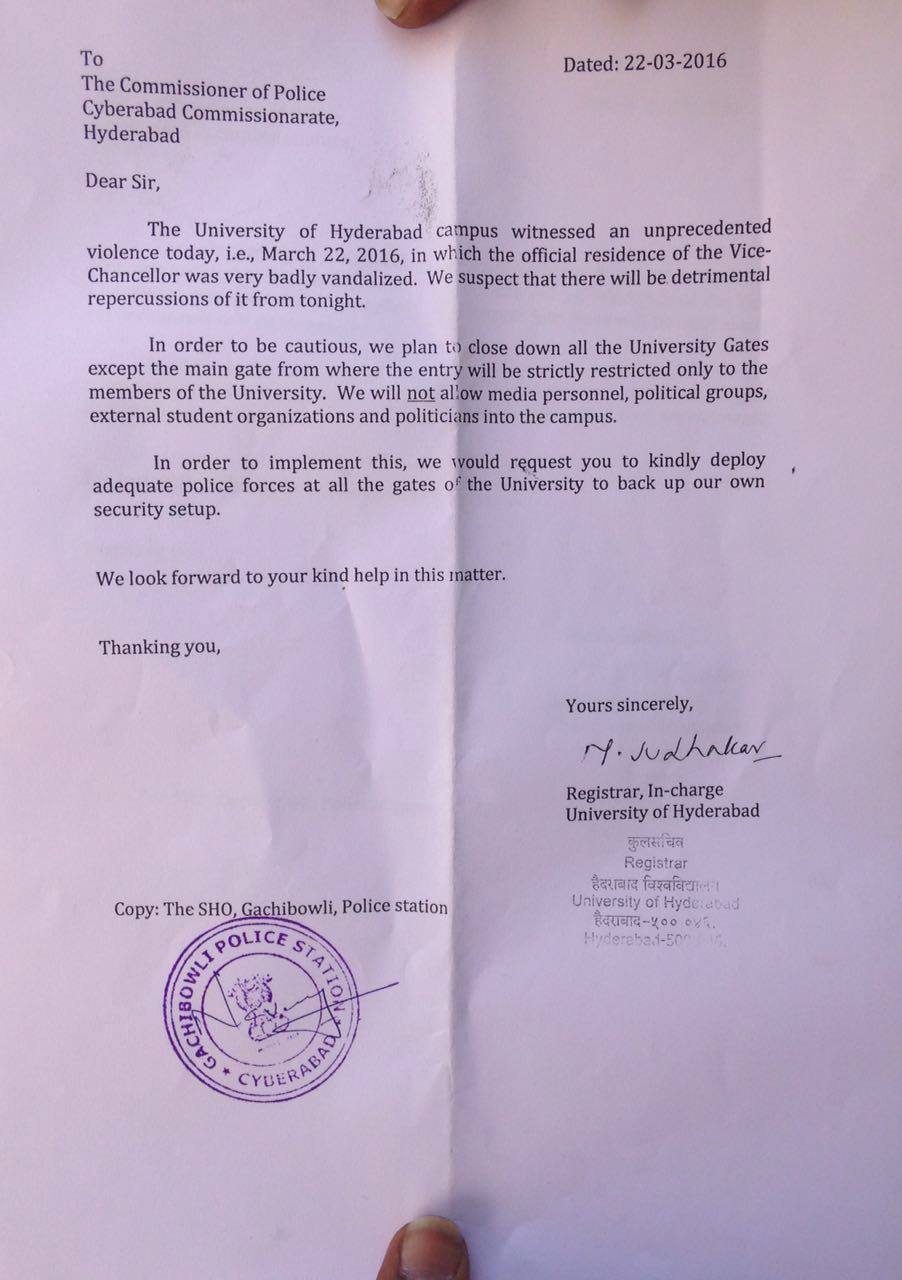 Videos from the confrontation between students and police show students being lathi charged and badly beaten.


Meanwhile, JNU Student Union President Kanhaiya Kumar -- who had arrived in Hyderabad -- was not allowed to enter the campus. Despite the crackdown, protests continue -- peacefully -- at the university. At the time of writing, Rohith Vemula's mother joined a sit-in protest outside the Hyderabad University main gate. 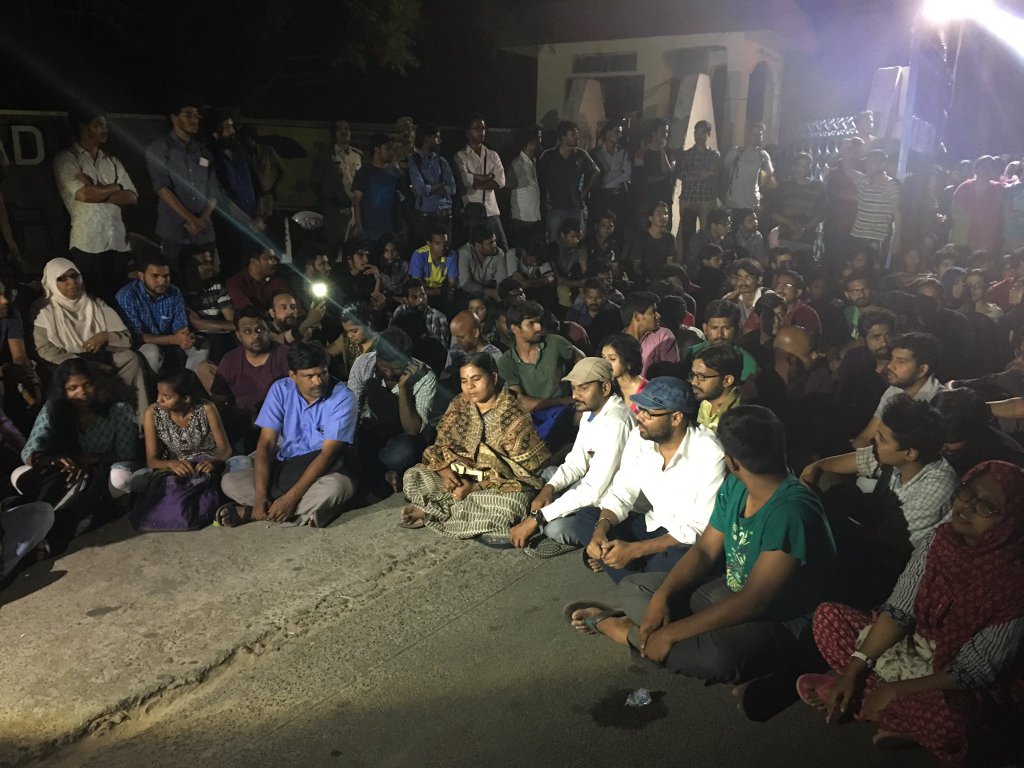 If you’re at Hyderabad University and have updates, please email us at editor@thecitizen.in or tweet to us here.

(UPDATE FROM HCU: Following the widespread condemnation, food and water supplies have been restored as of Thursday morning (24.03.2016). The Food mess has been re-opened. Students are still recovering in hospitals across the city. The locations of the arrested students and staff still remain unknown).