From Hard RSS Baiter to Supporter, Swamy Completes the Circle

NEW DELHI: A varied inconsistent trajectory that has hurtled Janata Party’s original Subramanian Swamy from one leader to another, one government to yet another, and from one thought to a contrary viewpoint within months, has now brought him again into the Rajya Sabha, this time as a Narendra Modi acolyte. And perhaps the most radical shift has been in his views on the Rashtriya Swayamsevak Sangh, where from being a harsh and unrelenting critic he has now turned into an admirer, even an advisor on issues such as the Ram Janambhoomi controversy.

For those who have seen Swamy over the years, the consistency lies not in his views but in his willingness and desire to be an appendage to power. He has been seen at the side of Chandraswami during his heydays, the godman with big corruption charges against him; he has been at the side of former Congress Prime Minister Narasimha Rao, almost like a shadow; his relations with Janata Dal PM Chandrashekhar are legendary; and his friendship with late PM Rajiv Gandhi as deep as it is now anti- Sonia Gandhi. He turned against BJP’s Atal Bihari Vajpayee when he did not get a berth in the 13 day government, or so media reports at the time claimed,and remained opposed to him till the end.

Perhaps only three individuals in Swamys book have defied the laws of power, and remained in his target sights for years now: Sonia Gandhi, Tamil Nadu Chief Minister Jayalalithaa and till recently at least Finance Minister Arun Jaitley. Swamy has not bothered to disguise his animosity towards Jaitley and scribes on the beat insist that he is has been placed in the Upper House to keep the Finance Minister’s unbridled power in check. That Swamy is close to PM Modi is well known---or at least close enough to get the RS nomination---but it is his relations with the RSS that continue to be of interest. 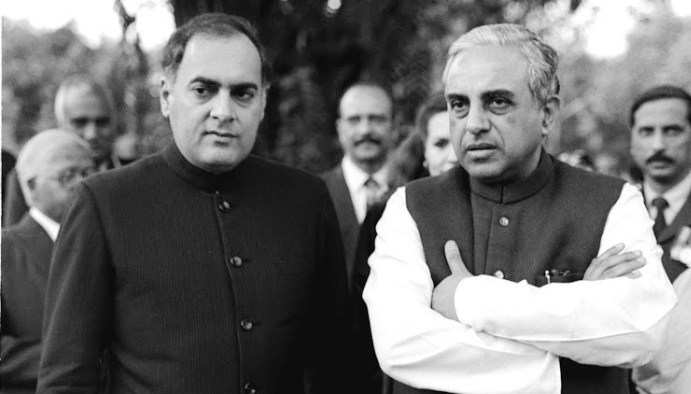 Sixteen years ago in January 2000, when Swamy was not of tender age---being all of 60 years old---he had written a strong, no-holds-barred article on the RSS for the Frontline magazine. In his criticism he has surpassed perhaps even those he now accuses of being anti national. Excerpts: “Today the creeping fascism of the Rashtriya Swayamsevak Sangh (RSS) is coming upon us not as gradually as imperialism did, nor as suddenly as did the Emergency. Its spread is being calibrated adroitly by seven faceless men of the RSS, the RSS "high command". We barely feel it. Some yesteryear civil liberties such as Arun Shourie have been co-opted. Others are being wooed or chased.”

“But the RSS leaders are now in their late seventies, some not at all in good health, and so in a mood of frustration. Their glide to a total capture of Delhi's gaddi (throne) has been interrupted and put on 'hold'. Symbolically, the bhagwadhwaj (saffron double triangle flag) does not yet flutter from the Red Fort; but the hated tricolour which no RSS office can hoist even on August 15, still does. The climb to total power is up a slippery slope. Having come so close, the RSS could lose it all in a sudden throw of the electoral dice. That is the frustration; so close yet so far.”

”The RSS cadre is disillusioned and disspirited with the compromises and the stunting. India is nowhere the Hindu Rashtra that the high command had been promising, and on which they had been weaned and brain -washed. The cadres' patience is now wearing thin. They want to strike “Christians are being targeted by the front organisations of the RSS in order to terrorise and ghetto-ise all minorities. Since Osama bin Laden is stalking the Hindustan peninsula with his millions of dollars and narcotics, for the wily and cautious RSS. Christians are an easy target because there are no Christian terrorists to retaliate. As the period of the Emergency clearly demonstrated, the RSS is astute enough to know when to hunt with the hounds and when to run with the hares. They are smarter than the German fascists in this respect.” 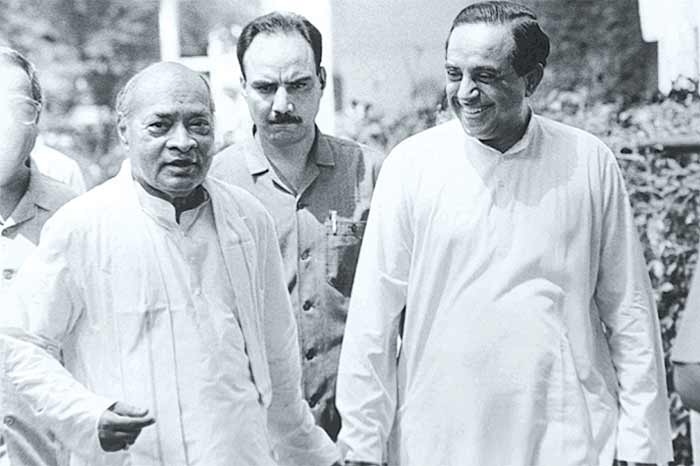 “According to a draft circulated at the 1998 October conference of the Akhil Bharatiya Vidyarthi Parishad (ABVP), an RSS front organisation, the following measures are planned: The present bicameral Parliament would be replaced by a three-tier structure. At the apex will be a Guru Sabha of sadhus and sanyasis (read VHP activists) nominated by the President who is elected by a Lok Sabha constituted on a limited electoral college of primary and secondary school teachers, the rolls of which will be prepared by the HRD Ministry and not the Election Commission. All legislation and money bills will have to originate in the Guru Sabha and be passed by it before being sent to the Lok Sabha. The Guru Sabha will also be the judicial commission to nominate Supreme Court Judges, and impeach them. In between the Guru Sabha and the Lok Sabha, there will be a Raksha Sabha of serving armed forces chiefs and retired soldiers who can decide when to declare an Emergency. India would be, it seems, converted into a state which is a cross between the Taliban and the Vatican. It is for this scheme that they will seek a mandate in a mid-term poll.”

“Prime Minister Vajpayee will as usual waffle and wobble, but he will not resist. That is his nature; he is a mask for the RSS, as Commissar Govindacharya had once said.”

“Of course, the good news is that the game plan can fail. I live on the hope that in India, no well-laid plan ever works. India, after all, is a functioning anarchy. That has been the undoing of every attempt to straitjacket its society. That is why we ar e still the longest continuing unbroken civilisation of over 10,000 years. The RSS is, luckily, our counter-culture. The vibrations of Mother India will, I hope, be its undoing.”

Swamy has clearly overcome the handicap that seems to be woven into this viewpoint, and is now one of those whom he has decried in the above article. The change has been evident for a few years now, with Swamy tweeting his support for the RSS chief Mohan Bhagwat in January 2013 with, “Now everyone who condemned RSS chief Mohan Bhagwat without reading his original statement on rape epidemic should now apologise publicly.” A man of strong likes and dislikes, he has decided to like Bhagwat and has been defending him in controversies such as his reservation remark during the Bihar elections. The fences seem to have mended rapidly with mainstream newspapers crediting his appointment to the Rajya Sabha to Bhagwat, PM Modi and BJP president Amit Shah. 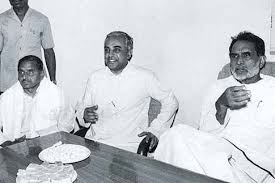 Swamy still remains distant from the BJP Ministers, but then he knows which side the bread today is buttered. He has managed not just to get onto the right side, and as luck and opportunity has always favoured this Harvard graduate, he has even ensured a light spread of jam! 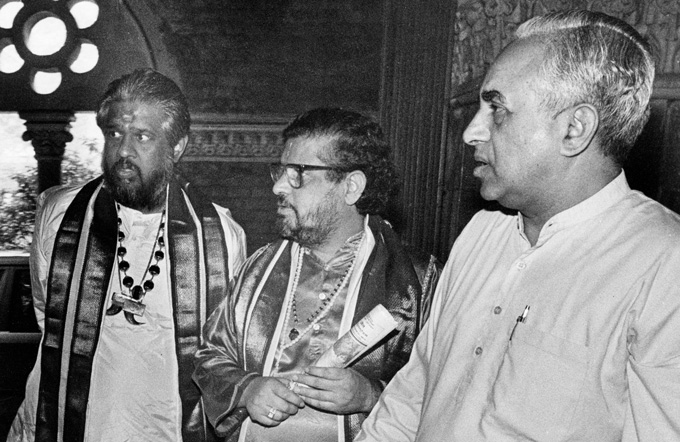