Revolutionary Terrorist: Ironic That Those Who Did not Oppose His Hanging are Now Trying to Appropriate Bhagat Singh

NEW DELHI: Changing the content of a book, or a demand to change the phraseology in a book, is not the business of a government or even the Vice-Chancellor of a University. It is a matter for discussion between the author/s and others in the same professional specialisation, in this case, historians.

The reason is obvious. A descriptive phrase, such as “revolutionary terrorist”, has a specific meaning in a specific historical context. In a different historical context and after a significant period of time, its usage may change in meaning and intention. When that happens, the change may be explained in the text or, alternatively, such an explanation may not be considered necessary.

The updating of a historical study is entirely the concern of the author. A good historian would not remove the phrase, but if thought necessary would, explain the context of its earlier use and differentiate it from its current use.

Even in today’s times, almost a century after Bhagat Singh, the description of “revolutionary terrorist” has a very different meaning from the term “terrorist”. The context of terrorist activity has changed from assassinating British officers as an act of support to the Indian national movement for independence, to the terrorist actions of today that are meant to silence people and spread fear in society. 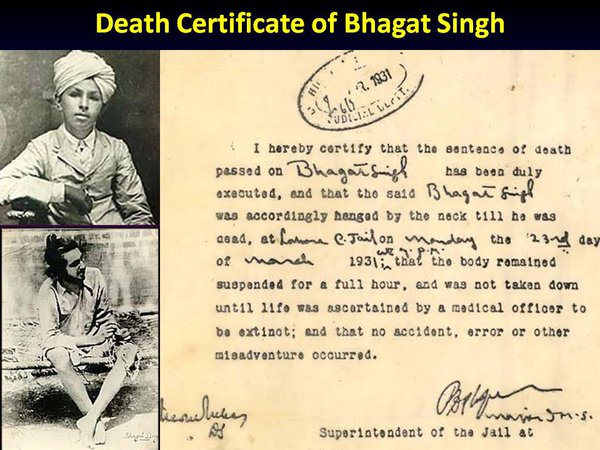 In the earlier instance, there was a particular person targeted for a particular reason. This continues in our times as we know from recent instances in India. But today’s terrorists more frequently kill people on a larger scale. This is generally random and intended only to assert power through terror and hold society to ransom. Related to this is the question of whether the government in power condemns acts of terrorism as was done in the past, or whether it remains silent.

It is ironic that the demand to ban the book comes from those whose ideology was far from anti-colonial, or in sympathy with establishing a secular democratic nation, the kind of nation that Bhagat Singh was working towards. At that time, they did not oppose the hanging of Bhagat Singh. Today they are trying to appropriate him as a political forebear.

A historically rich example of a change of context is the label used for the events of 1857. The British saw it as sepoys of the British Indian army rebelling against those they were contracted to serve. They therefore called it a mutiny, and the same term was initially used by some Indian writers. Then it came to be referred to as the first war of independence, a label that perhaps swung to the other extreme. It has now settled somewhat as “the revolt of 1857”. But should some historian choose to call it a mutiny and explain why, the choice is that of the historian. It does not call for the banning of the book that refers to it as such.

Even the qualifier “radical” seems to be undergoing a change. Earlier, it referred to views of a clearly left-wing variety; but now it is used for extremist movements within a strong religion-based identity, often right wing.