Ms Mufti What Now? Even Your Hometown Has Turned Against You

Your short televised address on Day 5 of the violence that has claimed 34 lives in the Valley merely demonstrated that somehow, the full impact of the current crisis, has not penetrated the walls of your official bungalow. As it appeared to be the usual “I am not at fault” assertion laced with homilies to agitated and grieving parents not to allow their children on to the streets. This came with just a vague, “the government will do what it can.” 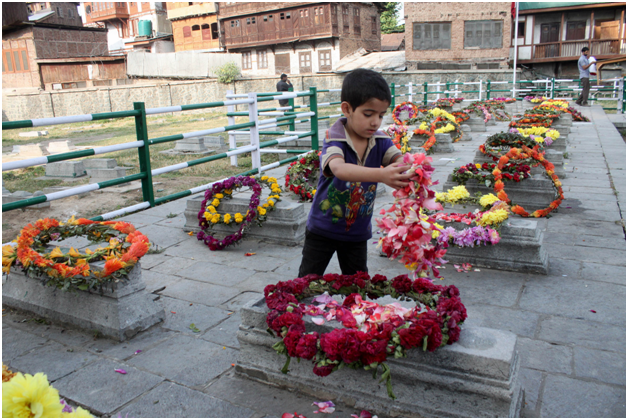 The parents I am sure are doing as much as they can in the circumstances as no one wants a dead body of a child arriving at home. The question here is what you as the Chief Minister of Jammu and Kashmir, are doing, will do, and have done.

Lets start with what you have done, with the impact of this being felt now from South Kashmir. CPI(M) legislator M.Y.Tarigami who is a sane voice in Kashmir during troubled times,shares the view of others in Kashmir that one of the primary reasons for the violence spreading across South Kashmir in this manner comes from a deep anger within for believing your campaign during the last elections that with their vote you will keep out the BJP. As has been recorded by the media at the time, there was a good and high percentage of voting for the PDP from these constituencies, as people asserted their faith in you and your party by trying to give you the strength to do as you said.

To cut a long story short, this did not happen. And if confirmation of this anger today is required, it comes again from your home town Bijbehara where a young Delhi University student Aamir Nazir Lattoo, injured in police firing, died in hospital. His parents say he was not even a protester, just a bystander who was hit when a posse of policemen fired at a group of boys jeering them. The police of course have denied this. Well while the truth will not be known in the two parallel narratives that have come to define Kashmir and the people, the cause of worry for you Ms Mufti should be the fact that the people refused to allow the cleric who had read the funeral prayers for your father and former Chief Minister Mufti Mohammad Sayeed’s prayers to perform the same rites for the student.

There were reportedly heated exchanges with ordinary people of your hometown who had come for the young students last rites saying openly, “you either belong to this side or that. Time has come to draw a line.” After the burial clashes were reported, tear gas and pellet guns and bullets again used to disperse the protesting youth.

You are the chief minister and the home minister of Jammu and Kashmir Ms Mufti, and a powerful person by any count. For you to say that you had no idea of the operations that killed Burhan Wani is unbelievable as there can be just one of two responses to this assertion. One, that you are not speaking the full truth. Or two, you are not competent and are kept out of the picture by your own forces. After all Burhan Wani, as you should know as we outsiders have known for a while, was an extremely important figure precisely for the support he had managed to command amongst sections of the youth. In his life there were many who were sceptical about his bonafides, some even insisting he was close to the intelligence agencies. But in his death, as often happens in the Kashmir, he has become a hero. The question is not of the right or the wrong of this perception as now the boy is dead. The problem is the perception that you have strengthened with your approach unfortunately.

Restraint in Kashmir has rarely been exercised by the forces as you know, having been in the opposition till just recently. So this call is meaningless, as is the call now to the parents to control young adults. The clock has moved far beyond and unfortunately there was little in your televised address to even remotely suggest that you are, in official parlance, in control of the situation. As the old knee jerk reactions are not going to work, just as the firing into the crowds will not.

CPI(M) legislator from Kashmir M.Y.Tarigami, often a sane voice in troubled times, is amongst those who is surprised at your response. You waited until you were clearly told by New Delhi to say something, and for four days there was not a word of any consequence from you.

You have expressed “deep disappointment” in the government's failure to control the clashes and said that the police will be held responsible for the use of excessive force. What government Ms Mufti, we thought you were the government and the police was under you. Surely it has been visible to you, as it has been to us from 2010 that the situation in the Valley is deteriorating. You said as much when you were in the opposition, but the moment you came to power it all became a clean slate for you as if all the problems concerning the Kashmiris had disappeared.

Instead you were part of the new agenda that raised the issue of separate colonies, that was unable to refute statements about the abrogation of Article 370 convincingly, and in the process you steadily lost ground even amongst the last vestiges of support. As Tarigami said, no one believes you. I am deliberately not quoting National Conference leader Omar Abdullah and his many tweets against you, as for those of us who have covered Kashmir for decades it is an instance of the pot calling the kettle black. But he did make a point yesterday when he wondered why you were not present at the meeting called by Prime Minister Narendra Modi. Why was Jammu and Kashmir left politically unrepresented at such a crucial meeting, and why did you not insist on being there to ensure that at least your point of view was heard?

The answer to the last I am afraid seems to be that you had no other point of view to offer, except to go along with the simplistic assessment that has emerged from New Delhi. That is:

In this grand mesh of a population, angry and hurt and now grieving, the task for any government is cut out. The choice again remains between the use of state violence, (with or without restrain is so absurd that it need not be mentioned here), and dialogue and peace.

There was nothing in your address to even suggest that you are grappling with a solution Ms Mufti as what you said seem to be addressed more to us sitting here in New Delhi, than to your people whose responses might not be understood by those of us wearing blinkers here but should surely be transparent to you as a Kashmiri.

One would have expected you to explain the reactions of the Kashmiris to those of us outside Kashmir, instead of repeating the usual political rhetoric that does not soothe, only divides.

Do not let peace and dialogue become a bad word for you too Ms Mufti. Retain your Kashmiriyat that has more to do with tolerance and inclusiveness, than with conflict and anger. Do not pass the blame on to the people, as leaders bigger than you and others in power today said during the Constituent Assembly debates and later, it is for the governments to reach out to the people, to assure them of their safety, to assuage their anger and their concerns. Not the other way around.