Of Drugs, Dope and Athletes: How To Avoid the Trap

BENGALURU: When the Udta Punjab fever almost died out, Indian athletes (unknowingly) took a leaf out of its book. After having all the logistics in place, grappler Narsingh Yadav and shot-putter Inderjeet Singh failed the dope test leading up to the Rio Olympics scheduled to start on August 5.

Though the prospective Olympians believe it is a conspiracy to mute them, reports say sample tampering is a rare occurrence.

Inderjeet is known to be blunt and he asserted people were wary of his ability to leak out matters relating to internal politics in associations, hence there were reasons for him to be a victim of foul play. 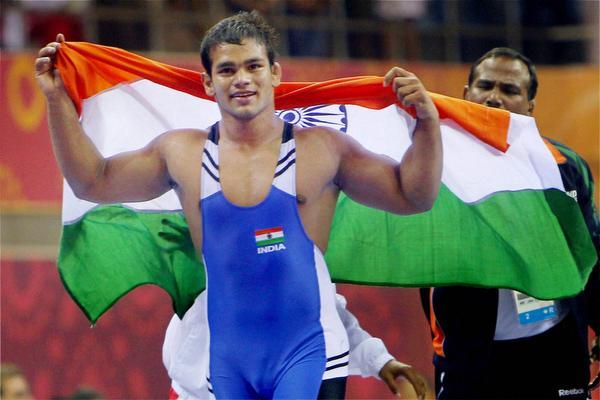 When the Delhi High Court ruled out two-time Olympic medallist Sushil Kumar, the qualification saw mixed reactions in the country and the young Narsingh was provided police protection. The training centre at Sonepat believed his life could be at stake.

But what could be the reasons behind the athletes being ignorant about the chemical in their bodies?

“I cannot talk about any particular athlete. If any athlete feels their samples were tampered with, they can get their ‘B’ sample tested. In my experience I have never come across a case of tampering. There is absolutely no possibility of tampering as the system is foolproof,” said NADA director general Navin Agarwal.

In today’s world, lack of knowledge about medicines and steroids could land any athlete into trouble. The Sports Ministry could have organised a verification module before the final round of tests.

Despite measures, no sporting event has been drugs-free – from Tour de France to Olympics.

"I have been speaking out against the politics in sports in India and how badly athletes are treated and their poor training facilities, and this has riled many powerful people in the country,” Inderjeet said in a recent interview.

On the other hand, Narsingh believes somebody contaminated his food and water.

“Someone has sabotaged my food supplements and water intake. I am a responsible athlete with an understanding of the country’s expectations and hopes on me. I would never dream of betraying that hope,” said Narsingh, who won gold at the Commonwealth Games in 2010.

However, the Rio Olympics have been stuck with doping controversies from the onset with the ban on the entire Russian track and field athletes. The contingent was shown the door over doping charges. According to reports, over 500 athletes tested positive since NADA came into the act in 2009.

What can the athletes do to avoid the trap?

At least, two out of every 10 world class athletes have a genetic greasepaint which allow them to get away despite injecting steroids for their entire career.

The European ancestry rules the roost in terms of doping activities but now, the virus trickled down to Asia as well.

Research says that 50 per cent of the tests turn out to be positive due to the presence of anabolic agents in the body. Steroids may sound like a thing of the past but it has participated in several high-profile cases, the best example is that of former American 100m world champion, Tyson Gay.

His was an advanced test (carbon isotype) which is usually done when T/E ratio test is unsuccessful. But athletes with cosmetics in their genes could be lucky to restrict the tests to T/E and hence, avoid the advanced procedures.

An old study in Sweden found that the doping with impunity gene variation is present in 66.7 per cent among the Asians.

However, there is still no clarity on Narsingh's flight to Rio. A source close to Wrestling Federation of India said the grappler may just be let off.

"He could be let off with a warning but we understand that a ban cannot be totally ruled out," he said.

Narsingh's lawyers filed an affidavit saying that his water, drinks could be contaminated but the appeal wasn't satisfactory for NADA or WADA due to lack of evidence.

Rio bound or not, drugs can call curtains on a career but if dealt with smartly, one may remain a champion forever. Maria Sharapova may agree.