LUCKNOW: Three years after the carnage organised in Muzaffarnagar, the role of the Uttar Pradesh government in rebuilding human trust was questioned at an event hosted at the Lucknow Press Club by Rihai Manch, a political platform for resisting repression.

Speakers wanted to know why the government is siding with those guilty of perpetrating the violence?

“Very little criminal justice has been carried out against those responsible for murders, rapes and arson,” said Harsh Mander, social worker and author.

Mander added that 30,000 people had fled violence and fear from different villages of the western UP district to live today in extremely difficult circumstances in 65 refugee colonies in Muslim majority villages. These self-settled colonies are poorly provisioned and are without elementary public services like clean water, electricity and roads. 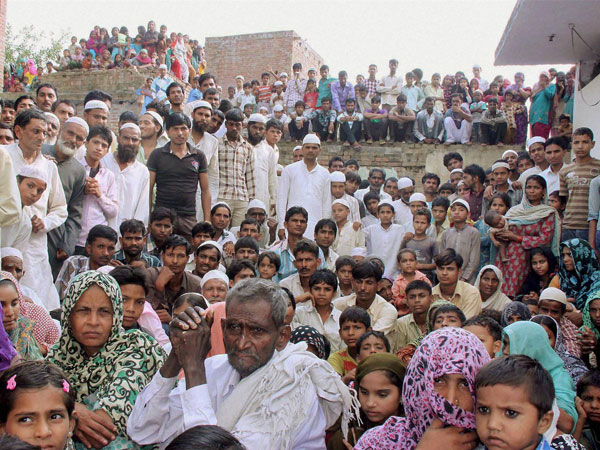 A report titled Living Apart: Communal Violence and Forced Displacement in Muzaffarnagar and Shamli districts released on the occasion concludes that the contribution of the state government in rebuilding lives of displaced persons is shameful.

Because there is no public record of the new settlements, Aman Biradari and Afkar India conducted a detailed survey of the resettlement colonies formed after the riots and published it into a book. The four authors, including Mander noticed during the research that religion did not unite people but humanity did.

Muslim charities closed their offices after fatigue over took them, and Muslim land owners hiked up prices when Muslim survivors wanted to buy land next to other Muslim villages. 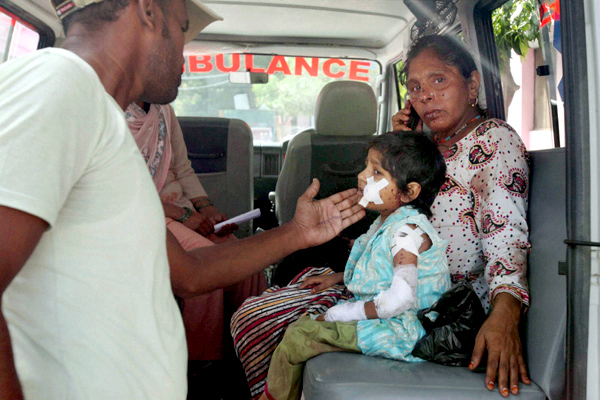 It may be recalled that three years ago today on September 8 violence broke out in Muzzafarnagar, Shamli and neighbouring districts of western Uttar Pradesh, forcing nearly 1,00,000 Muslim residents to flee their homes and ancestral villages.

In the last two years some survivors did return to the village but most Muslim families from the 10 most affected villages have not returned out of fear and also out of extreme poverty in the countrside. In a strange gesture that defies the idea of unity in diversity and living together, the state government gave some of the internally displaced people compensation of Rs five lakhs per family only after they signed affidavits stating that they would not return to their ancestral villages!

Later the mandatory signing of the affidavit was withdrawn by the same government.

With the compensation money some families bought small plots of land in new locations and close to other Muslim villages to pitch plastic tents. This brought to end the shared community way of life followed here for centuries by Hindus and Muslims. The displaced Muslim people now had a plastic roof over their head but no means to build homes. According to people working in the riot affected area, the country has no rehabilitation policy for people displaced due to targeted violence. This is despite several episodes since the partition of the country in 1947 that affect populations all over the country and people of all ethnic groups and religious communities. 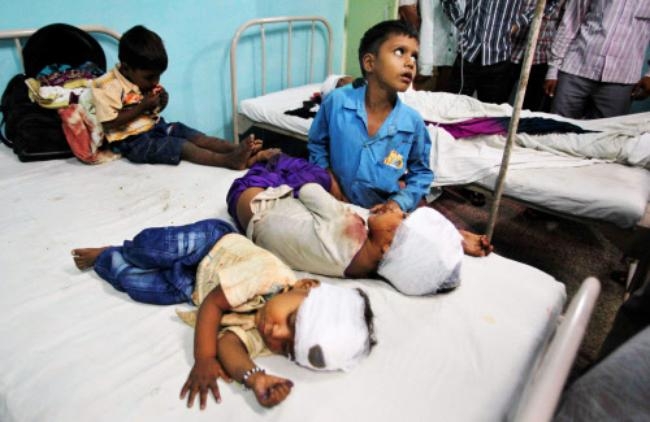 What is not talked about enough today is forced and permanent displacement that has long term consequences like a tattered social fabric, distrust of each other and lifelong fear. Both the central and state governments have a habit of turning away from riot survivors after arbitrary compensation for the loss of many lives and property. The right to reparation and comprehensive rehabilitation of people who have lost homes, communities, livelihood and histories are ignored.

“Rehabilitation is not just about giving money or building a house but about replanting the tree of life in its entirety,” said Mamta Verma from Vanangana, the Chitrakoot based NGO that supported 230 families on three sites to build homes under the This is My Home project.

There is little understanding of how much hate manufactured within communities and violence alters the course of people’s lives forever. Years, decades even generations pass after hate violence is unleashed on targeted families and communities, but their suffering does not end. It divides, impoverishes, scatters and embitters them in ways which are imperfectly understood and rarely tracked.

The report concludes that murderous attacks in September 2013 on Muslim settlements mainly of poor agricultural workers in the two districts of Muzaffarnagar and Shamli were based on a toxic hate campaign, after false claims that Muslim boys were enticing Jat Hindu girls in a ‘love jihad’ . “A people who had never fought each other in history suddenly became bitter enemies: estranged, fearful and angry. Not even during the partition riots of 1947 did a drop of blood flow in our villages,” survivor after survivor told the authors.

Despite that, nearly a hundred people were killed, women were subjected to sexual violence, thousands of homes and livelihoods were burnt down and ruined, and a large community of people are unable to return today to the land of their ancestors out of fear.

The state government did terminate all relief camps three months after the carnage, which if the government had wanted need not have taken place.

However several thousand displaced persons continue to live in fear and unwilling to return home because they feel unsafe. Thousands of people stayed on through two winters in unofficial camps where children died due to the cold. Even in the immediate months after the conflagration, state support was restricted to food supplies or a few blankets in many camps, and only after national outrage followed over the death of many children in the winter cold, medical teams visited the survivors. Charitable organisations, even faith-based Muslim associations soon closed their offices, leaving fugitives to fend for themselves. The other ordeal was to survive two consecutive monsoon seasons in camps under plastic sheets.

The confidence of survivors was further shaken because of low numbers of arrests and convictions of men accused of murder, rape, arson and looting.

Without justice, survivors of communal violence say wounds do not heal, and fresh violence is not deterred. The saddest part is that the police and even the judiciary was found to display a communal bias.Survivors believe that the police would informally tip off villagers before arriving to make a show of arrests.

However it was difficult for the authors to verify this allegation of survivors but there is no denying that the police has been obviously soft in acting against politicians who were allegedly directly involved in the rioting.

Why? Remains the question.