Trolls Not Able To Silence Anurag Kashyap: "I Refuse to Live In Fear of Blind Fanatics"

NEW DELHI: Filmmaker Anurag Kashyap joined the long list of famous personalities who have recently been the target of abuse, threats and intimidation at the hands of self-professed ‘nationalist’ trolls on Twitter.

The filmmaker came out in support of separating business and politics this Sunday following the Cinema Owners and Exhibitors Association of India's decision not to screen movies with Pakistani actors. The move hit a number of films, most notably Karan Johar’s "Ae Dil Hai Mushkil" which features Pakistani actor Fawad Khan.

Kashyap came out on Twitter on the side of Johar, saying “the World must learn from us.. We solve all our problems by blaming it on movies and banning it.. #ADHM . With you on this @karanjohar” and adding that PM Modi should apologise for his trip to Pakistan where he met with Pakistani Prime Minister Nawaz Sharif.

The one-sided conversation with the PM continued:

The tweets led to a flurry of abuse in classic Twitter style, with several people slamming Kashyap for the comments. The abuse laced often with threats are being used increasingly on social media by right wing trolls usually describing themselves as PM Modi’s admirers, to intimidate and harass those who tend to speak their mind. The volley of threats have often pushed individuals who cannot cope with the abuse, to file complaints at police stations with a view to protect themselves.

The well known film maker who has refused to be intimidated till this point at least has gotten more than his share of abuse: 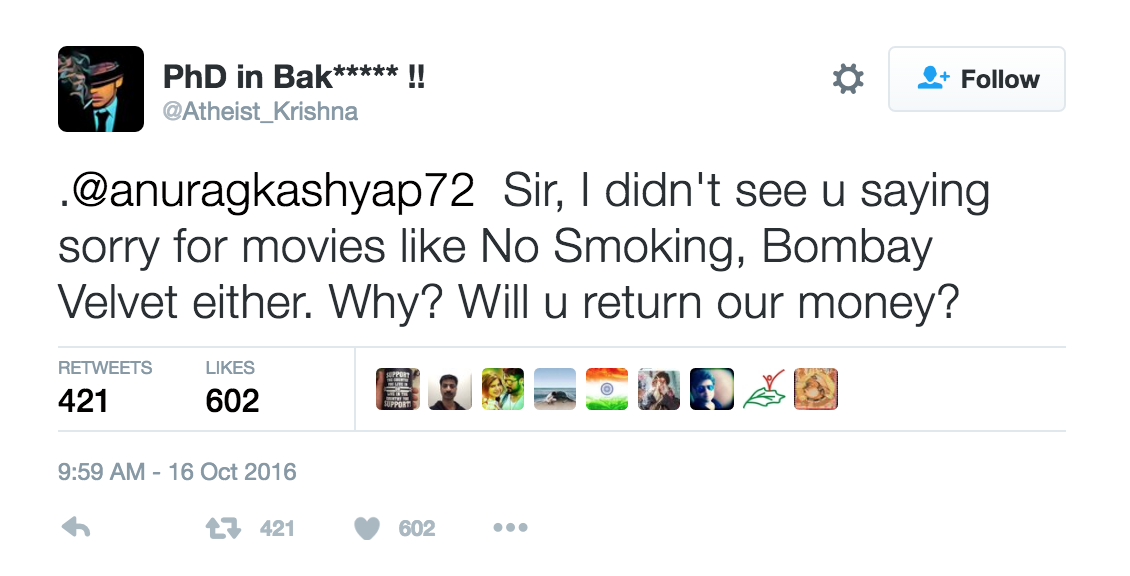 Kashyap responded to the controversy through a series of tweets.

While Kashyap continues to face the jury on Twitter with a large number of hate-filled tweets directed at him, a lot of people have come out in support as well. 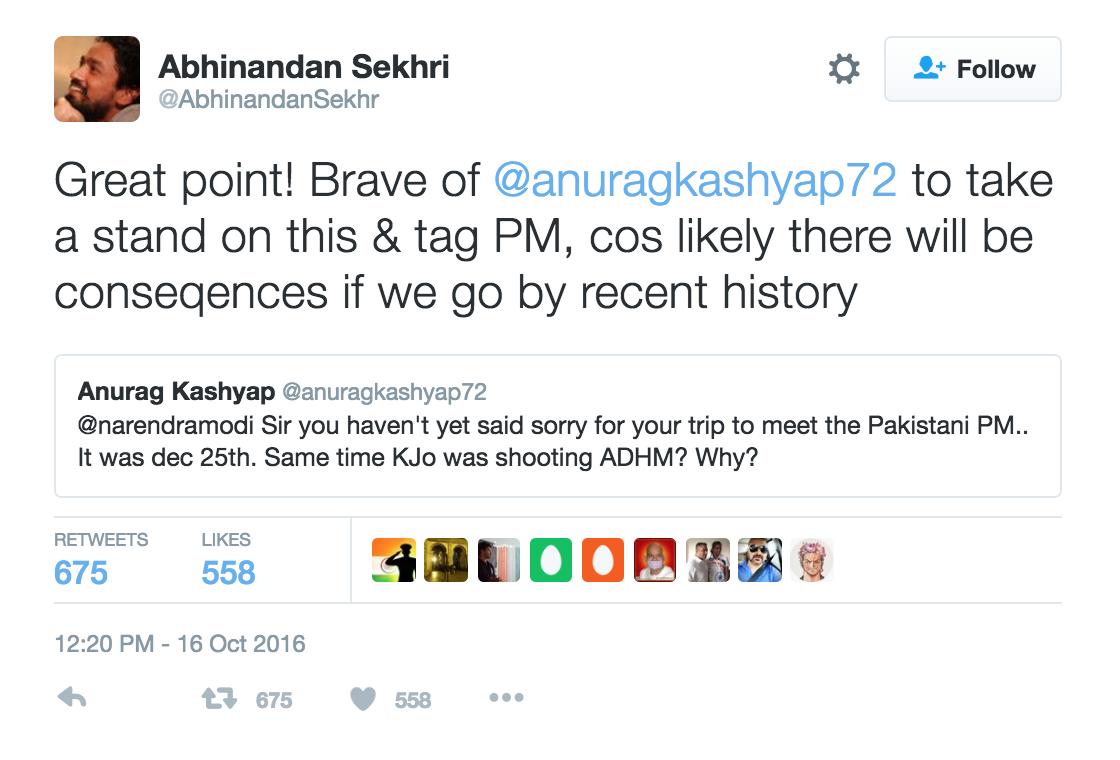