NEW DELHI: Dalits have fled for their lives with mobs being joined by the police to strike terror in Nashik since over a week now. Dalits were beaten up, their homes vandalised, vehicles burnt first by the Maratha protesters and then by the local police.

Till date many of the Dalits, fearful of their lives, have not returned to their homes. No arrests have been made by the police, with the BJP-Shiv Sena government in power in the state presiding over the developments in silence. The Opposition parties--Congress and Nationalist Congress party in particular---have remained silent as well for fear of antagonising the powerful Maratha vote in the state, or conversely the Dalit voters. The result is a shadowy silence with the political leaders ignoring the violence that has continued non-stop.

Large scale violence of the Nashik kind also now got little space in what passes for the mainstream media that has remained stuck on war, Pakistan, China and issues that have little to do with the oppressed community on the ground. In fact the Maratha protests across Maharashtra and the subsequent anti-Dalit has found just the odd mention, with more reliance being placed on official versions than on the use of abundant resources to obtain on the spot reports from the ground. 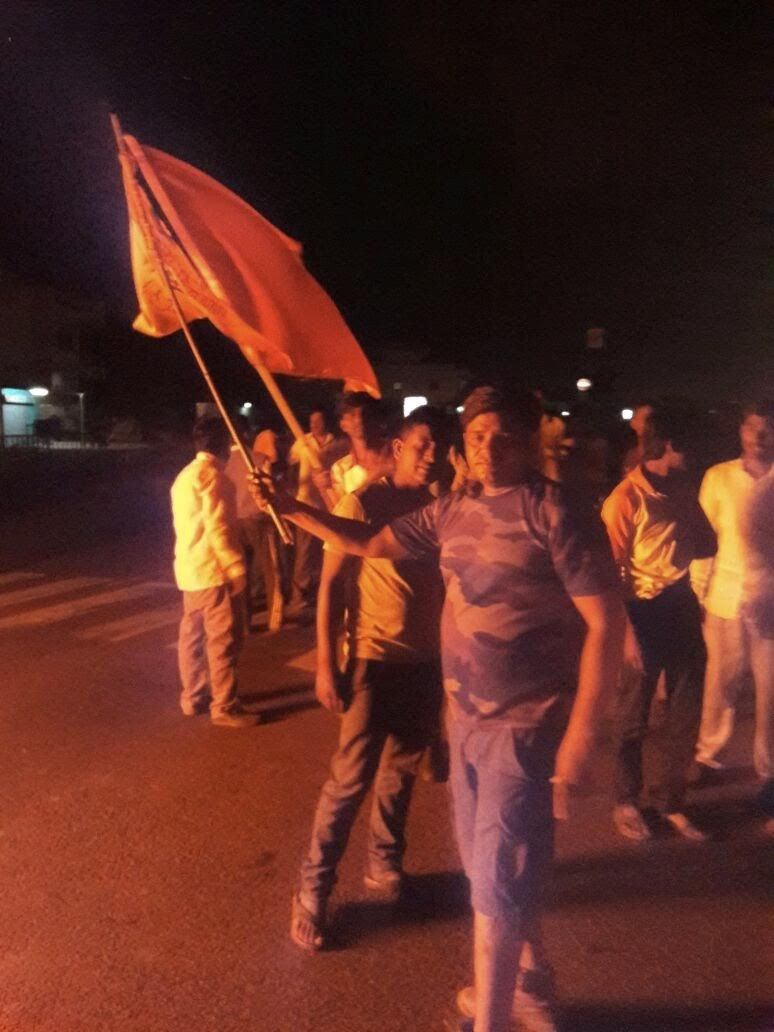 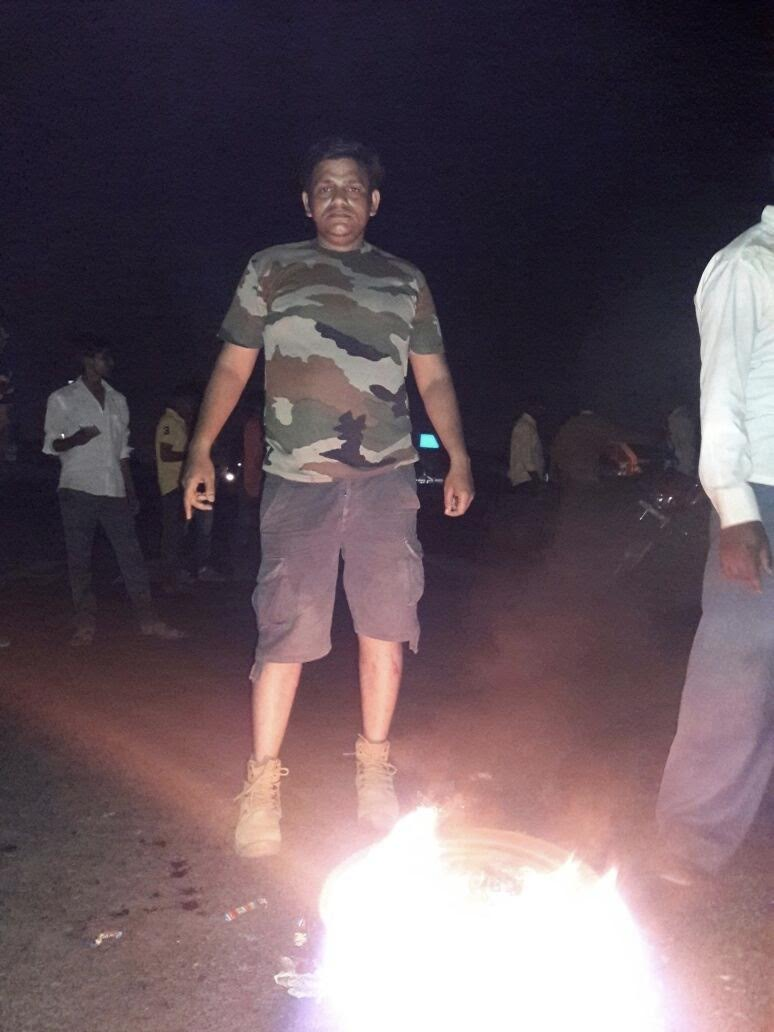 Nashik in Maharashtra has been boiling for days, with aggressive Maratha rallies adding to the insecurity of the Dalit population. A second rumour that a Dalit youth had raped a Maratha minor---very much on the lines seen in parts of Uttar Pradesh where the Muslims youth are held responsible---swept through the area further fueling belligerent Maratha sentiment. This followed the gang rape of a Maratha minor by a Dalit youth in the first instance.

In the absence of government and even an opposition, it has been left to civil society and Dalit organisations to collate the facts. According to several organisations that have now written to Chief Minister Devendra Fadnavis to take action, the sequence of events in this second phase of violence is as follows:

- On Saturday,October 8 2016, a rumour spread across social media that a 14-year-old Dalit boy had molested a minor girl in Talegaon (Nashik district, Maharashtra).

- The guardian minister of Nashik, Girish Mahajan later stated that the medical authorities have reported that rape has not occurred, and the issue is under investigation. 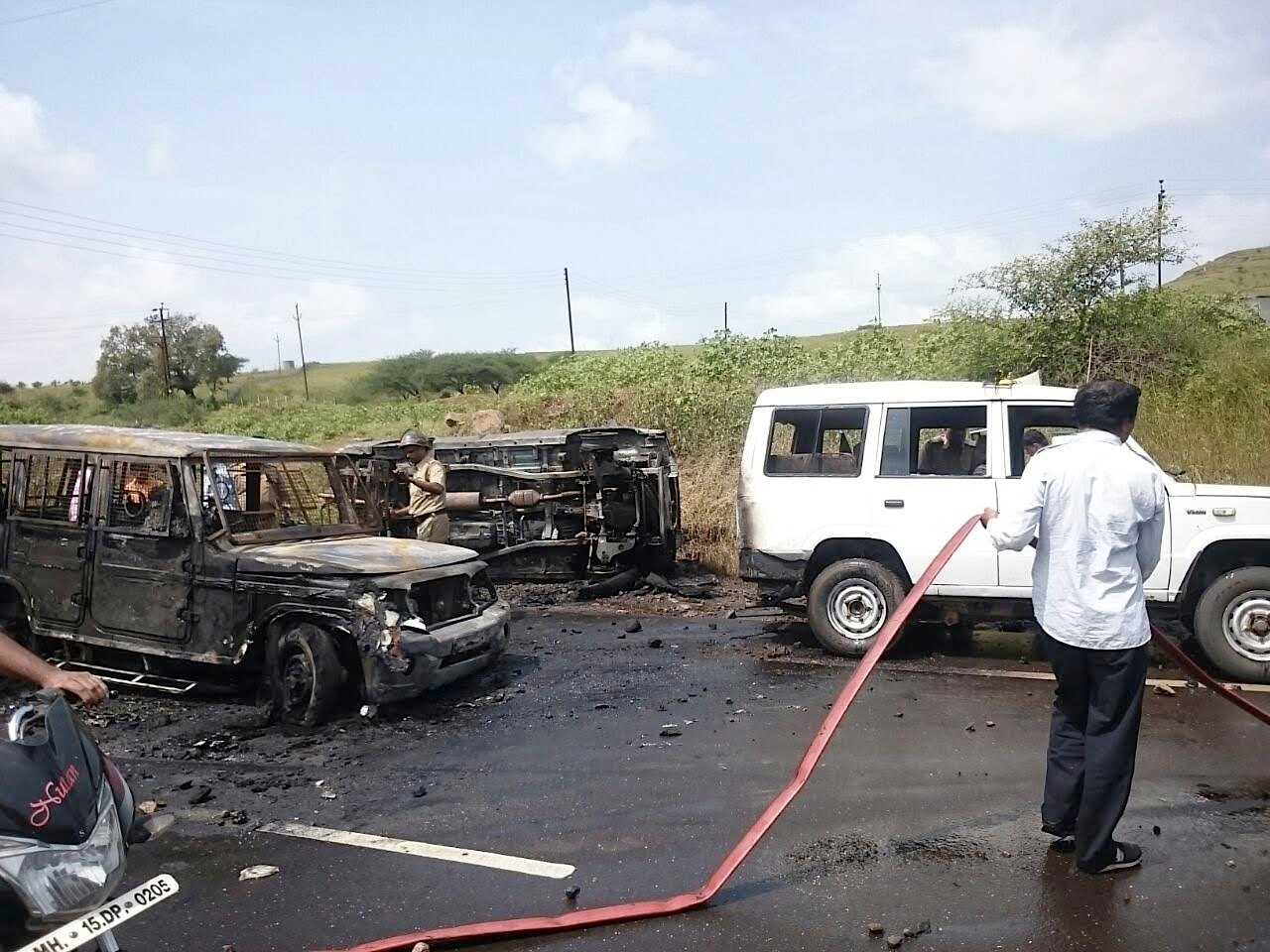 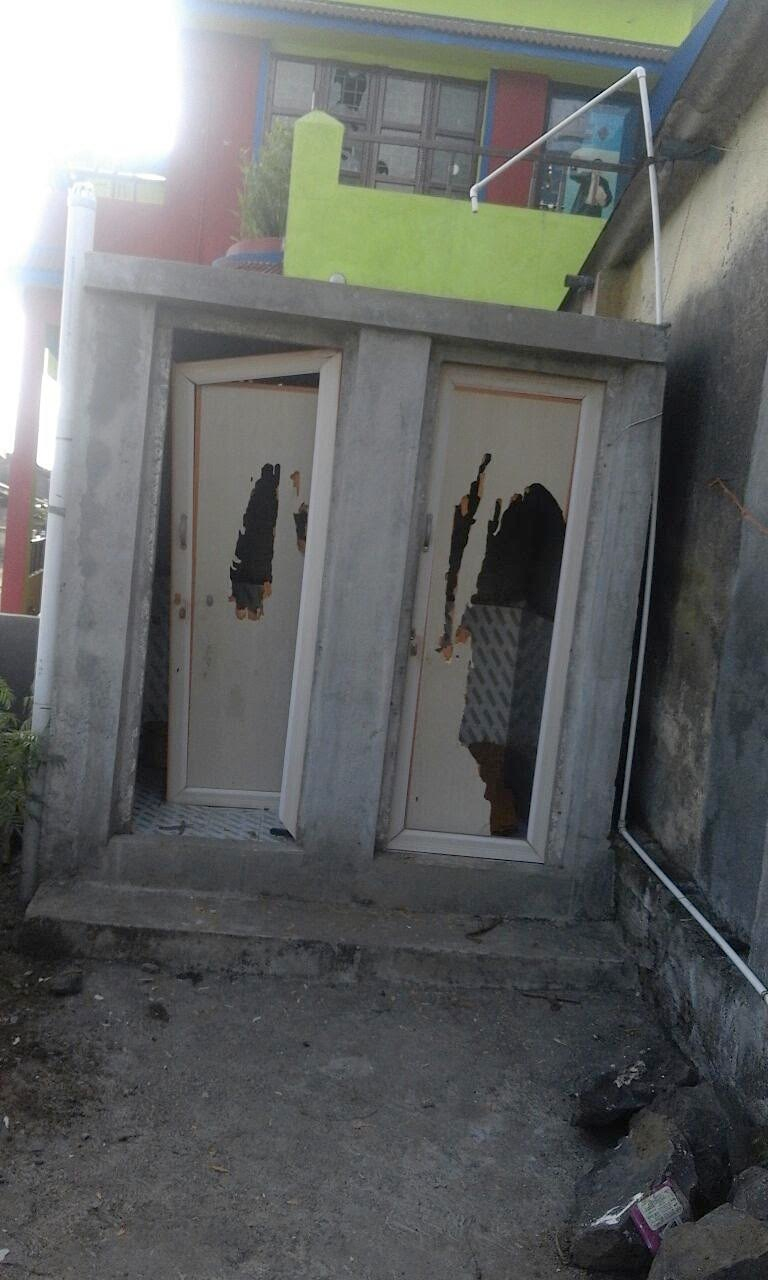 - However, inflammatory messages regarding this incident had already spread.

- Ambedkarite Buddhist Dalits were immediately targeted by mobs from the dominant Maratha caste.

- In some parts of Igatpuri, the caste rioters burnt Dalit Buddhist residential houses and vehicles. They entered the houses of the Dalit Buddhist community in Igatpuri brandishing swords and knives and abused and beat them and ransacked their homes. A statue of Dr B. R. Ambedkar was also desecrated. 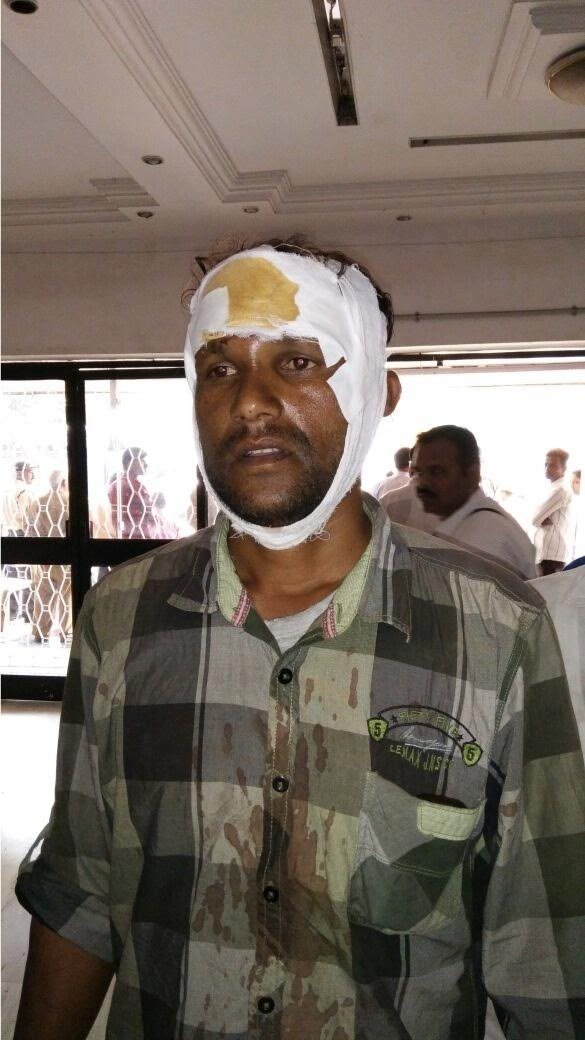 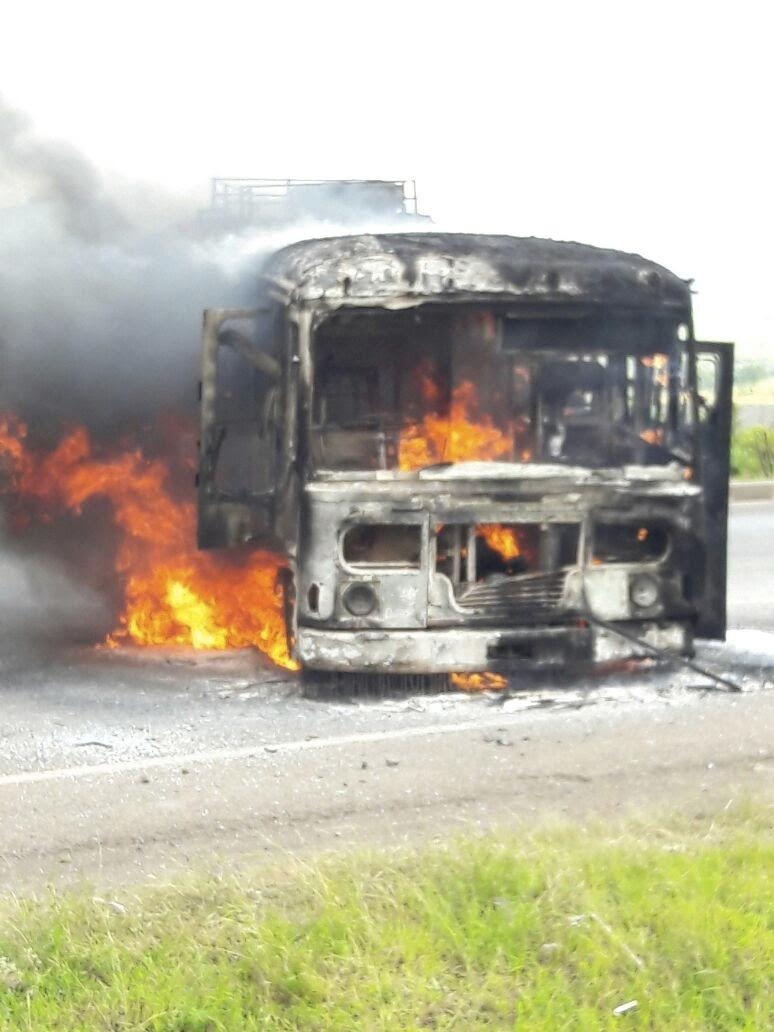 - From late afternoon of October 9, the caste rioters blocked the Talegoan road. They targeted vehicles displaying Buddhist symbols like Ashok Chakra, pictures of Buddha, Ambedkar, Blue Flags, and Dhamma Flags, and attacked and burnt them.

- Nearly 20 vehicles were burnt on the Nashik-Agra highway. The caste rioters burnt down nearly 20 homes of Dalit Buddhist families.

- Most of the Dalit Buddhist families in Talegaon have been forced to leave their homes. 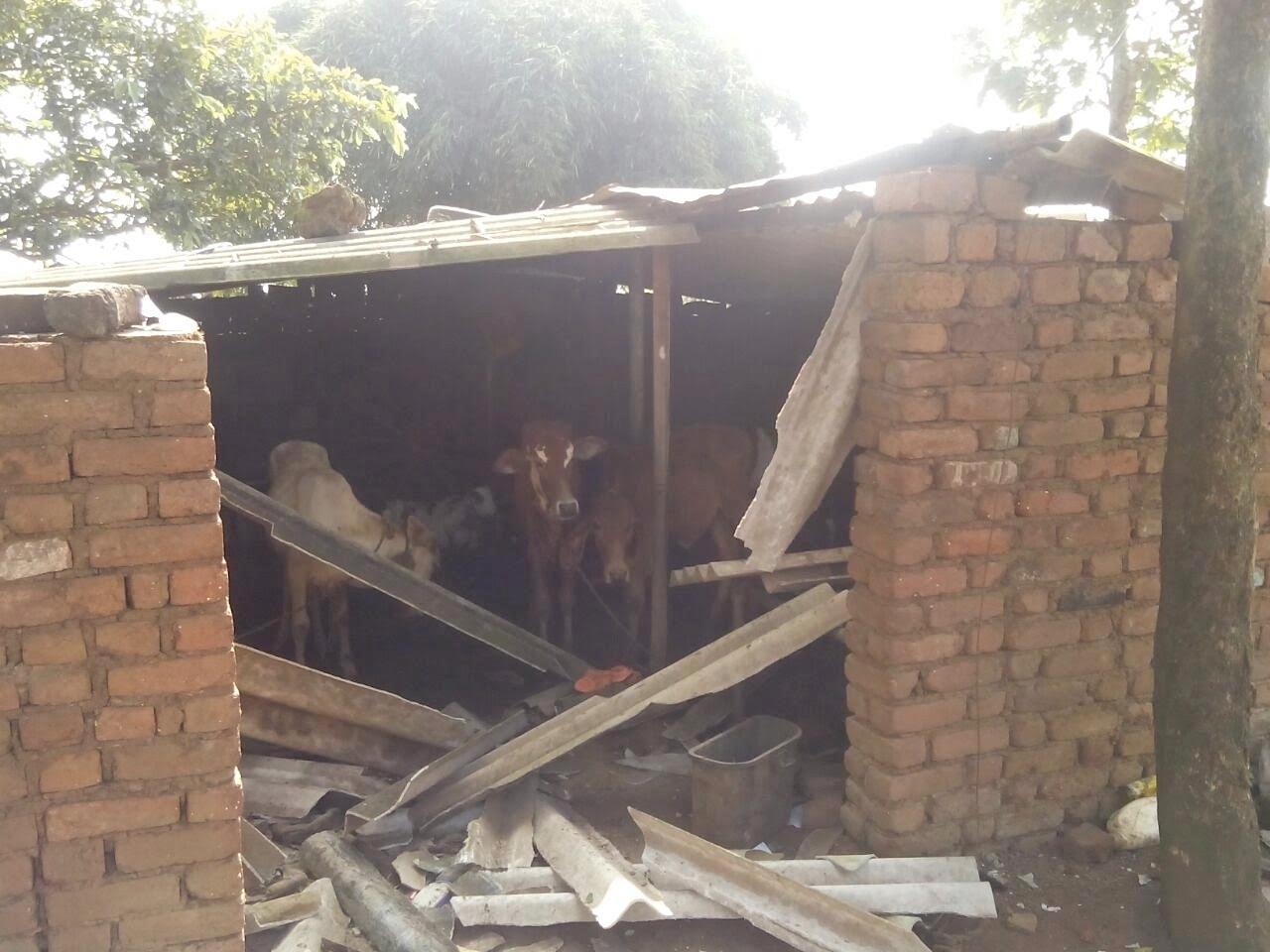 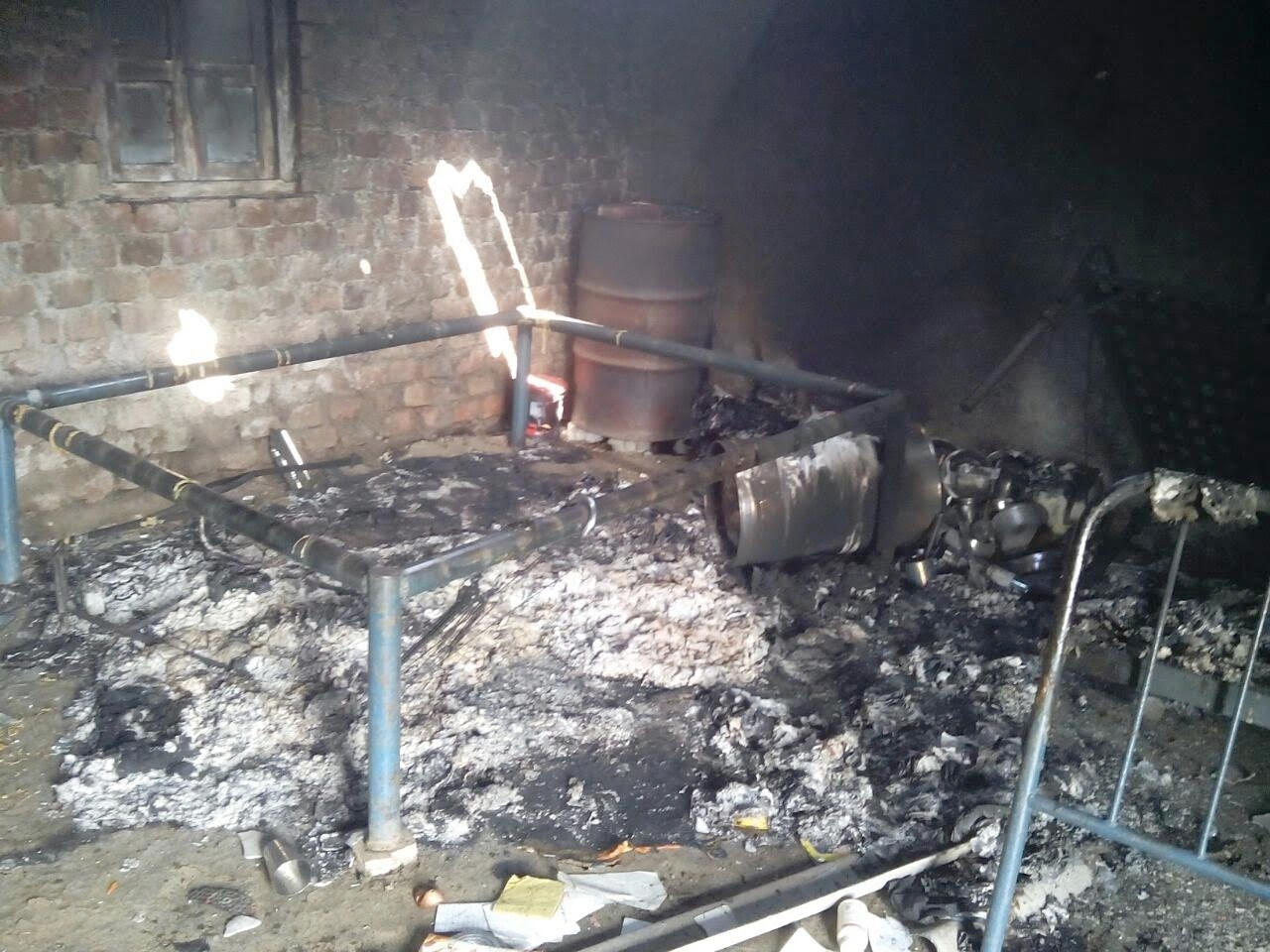 - Police refused to register any FIRs nor did they arrest a single member of the violent Maratha gangs. The district administration failed in their legal duty to visit the affected areas within 24 hours. 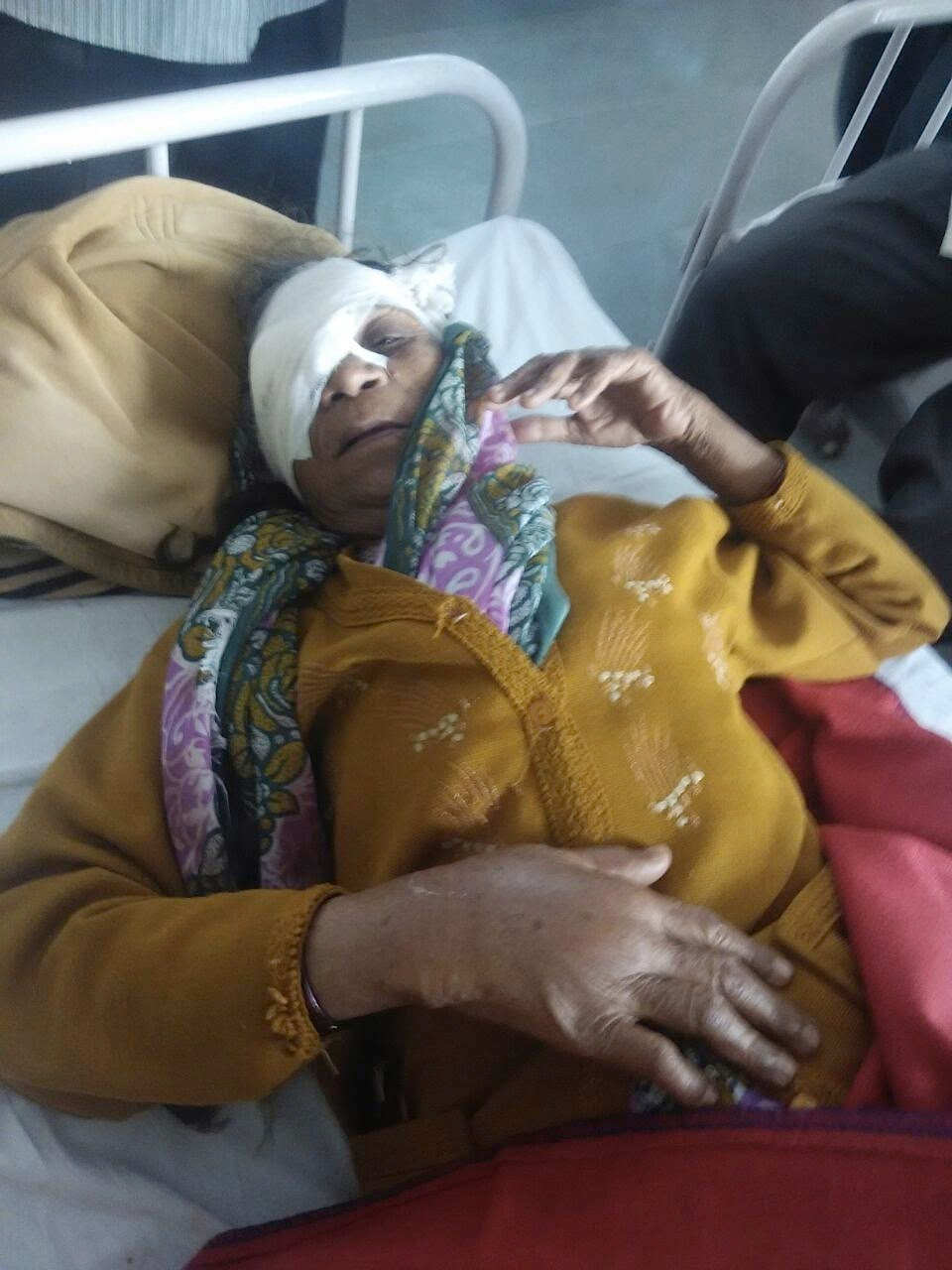 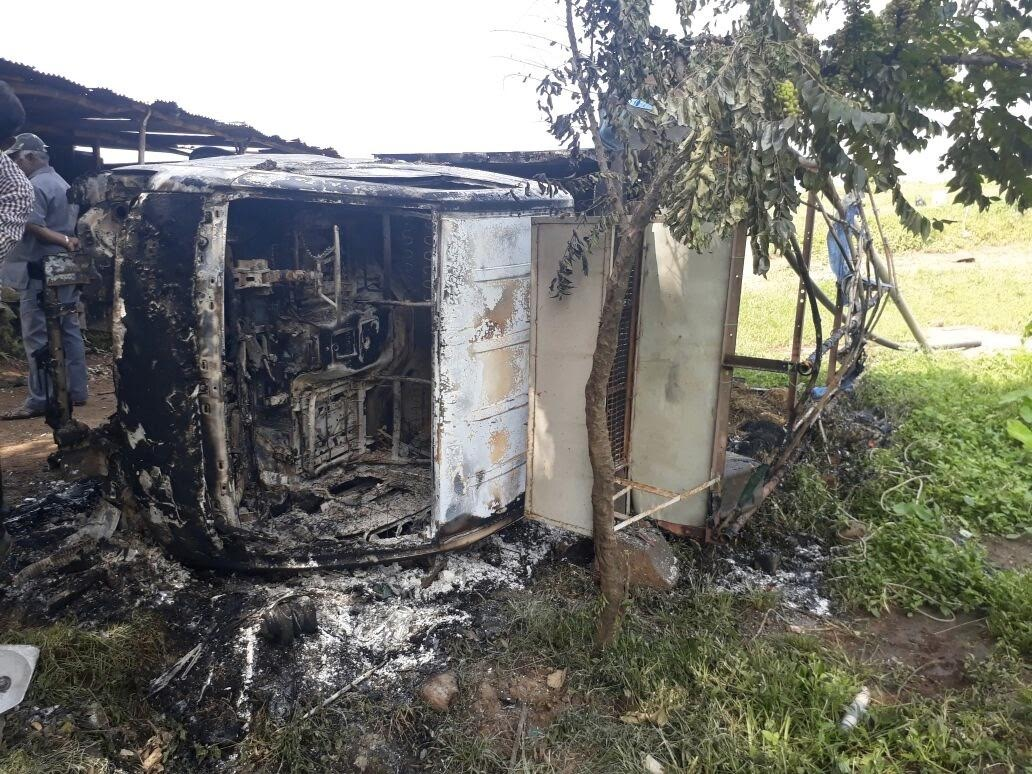 - On Wednesday October 12, in the Nashik Road area, the local Police Department targeted the Dalit Buddhist residents in the name of combing operations. They forcibly entered their houses and beat men, women, and children, injuring many and arresting a number of innocent people.

- On the same day, around 500 Police Personnel staged a flag march in the Nashik Road area.

- The Police beat up Dalit Buddhist residents of Bhim Nagar, Kuber society, Nalanda Society, Adarsh Society and various wards. These attacks on the Dalit Buddhist community in Nashik by the police are continuing on a daily basis since then. 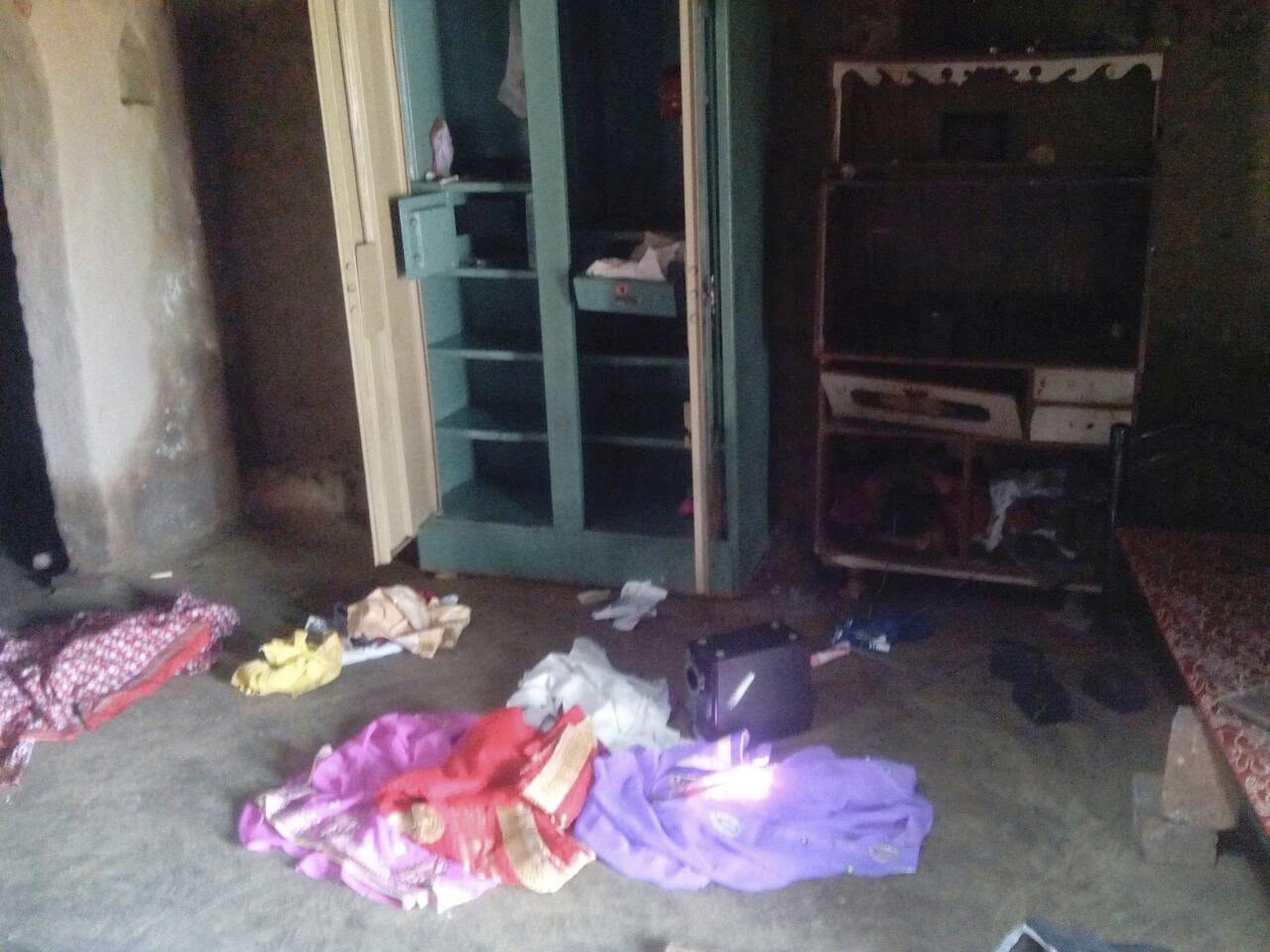 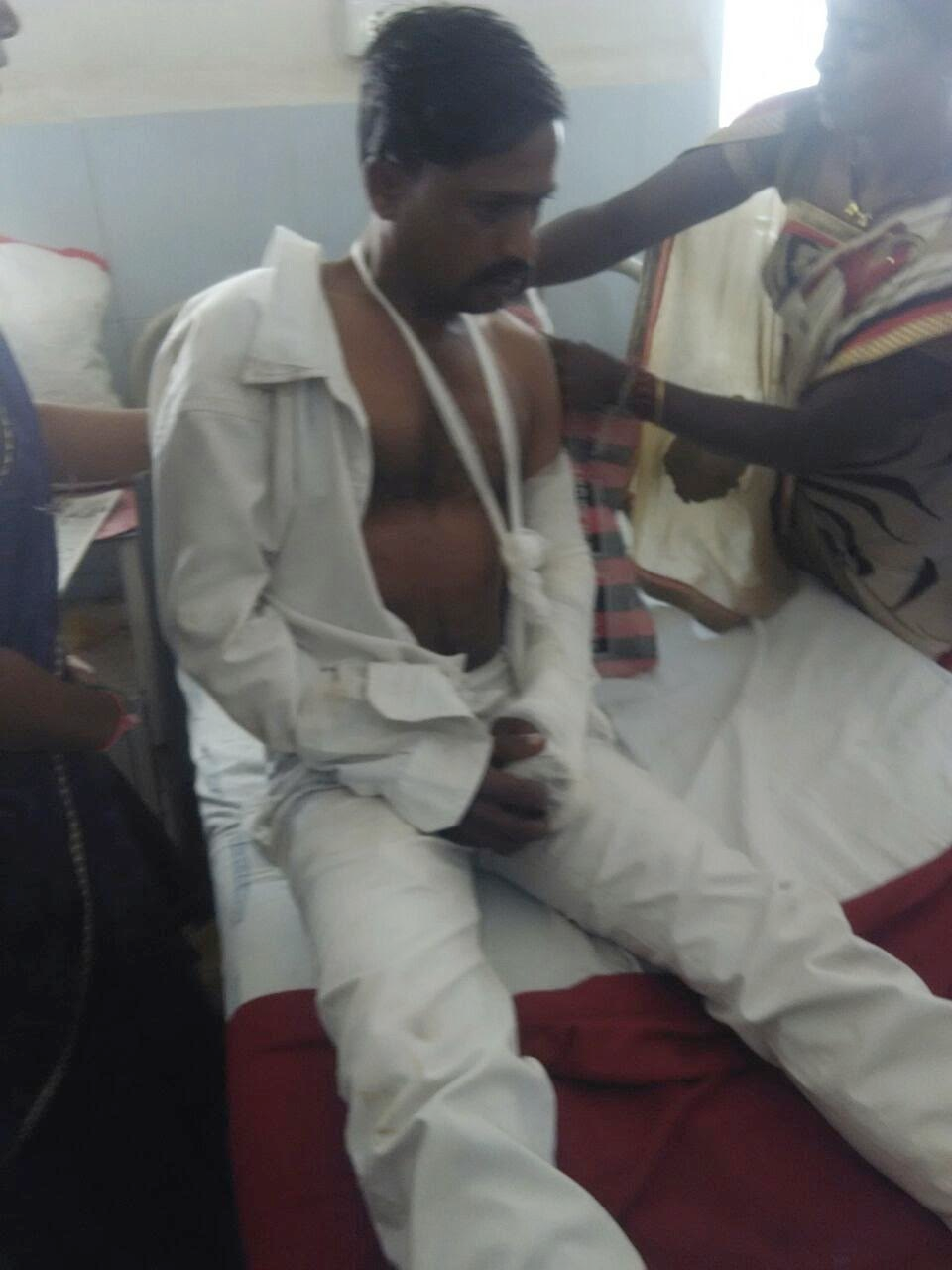 This agitation by the Marathas according to local politicians, is now being politically exploited. The fear and terror amongst the Dalit community is palpable but has not evoked a response from the main leaders. The agitation first started following the gang rape and murder of a Maratha girl by Dalits in Kopardi, with large processions being taken out demanding the scrapping of the SC/ST )Prevention of Atrocities) Act. The Marathas also demanded reservation. As reported in The Citizen at the time, Dalits had also joined these protests to condemn the rape and murder, and express their solidarity. However, as the protests got more aggressive, the Dalits sensing danger started staying away.

Within days the protests have taken a anti-Dalit turn, with the police also joining in to ransack houses, and strike terror. The combing operations were restricted to the Dalit community, with not a single attacker from the privileged caste group being arrested. This despite photographs of the vandalising mobs, some of which appear here. 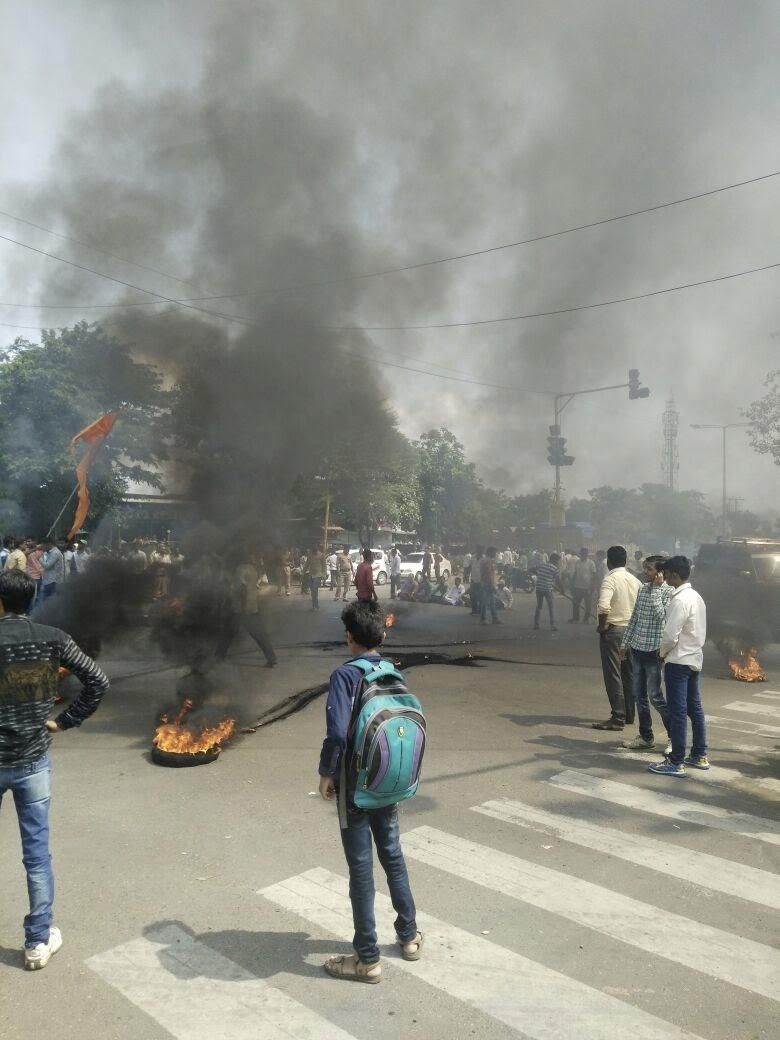 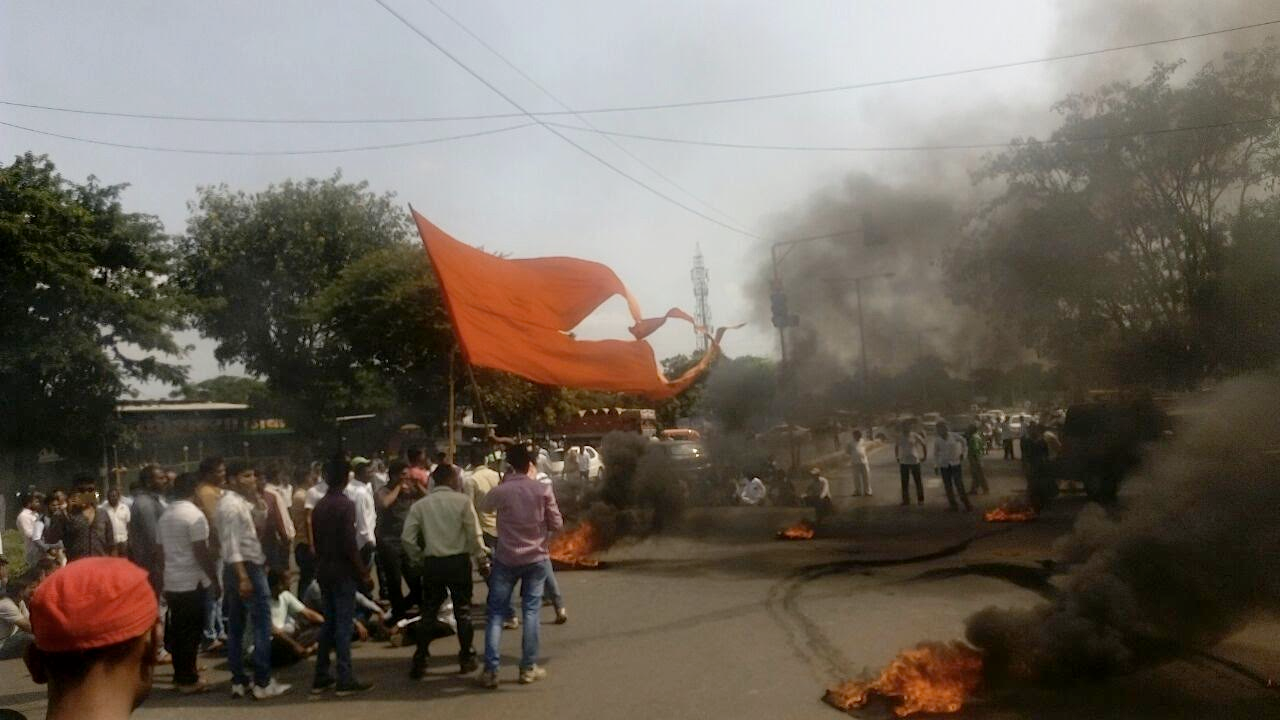 The letter to Fadnavis points out that the “rallies are also extremely well planned and organized and resemble political rallies rather than an organic peoples’ movement.”

The letter further states: “We are extremely concerned about the emerging reports from the ground of police collusion in atrocities against Dalits in Nashik by Maratha mobs, which have been taking place since 8th October. Not only has not a single arrest been made by the Maratha dominated Police force till date, but we have strong evidence that the Nashik Police is actively beating up Dalit families in their own homes instead of protecting them from the Maratha mob. The BJP-Shiv Sena Government of Maharashtra has been sitting on the fence and allowing this dangerous situation to escalate, while a number of other parties and politicians are covertly providing support to the Maratha agitation. More details of recent events are set out below.”

- Police personnel responsible for Dalit atrocities must be arrested and charged

- The Marathas involved in systematically instigating and executing violence against Dalits must be immediately arrested and brought to justice.

- Politicians conspiring and instigating this targeted violence against Nashik’s Dalits must be brought to justice.