Rights Groups Celebrate The Passing Of The Disability Bill

New Delhi: A rally was organized on Friday at Jantar Mantar where several rights groups gathered to celebrate the passing of Disabilities bill, 2014. The Lok Sabha passed the bill on December 16, the last day of winter session. During the discussion of the bill, silence was maintained despite the recent furore in the session due to arguments about demonetization and Kiren Rijiju’s involvement in a corruption case. 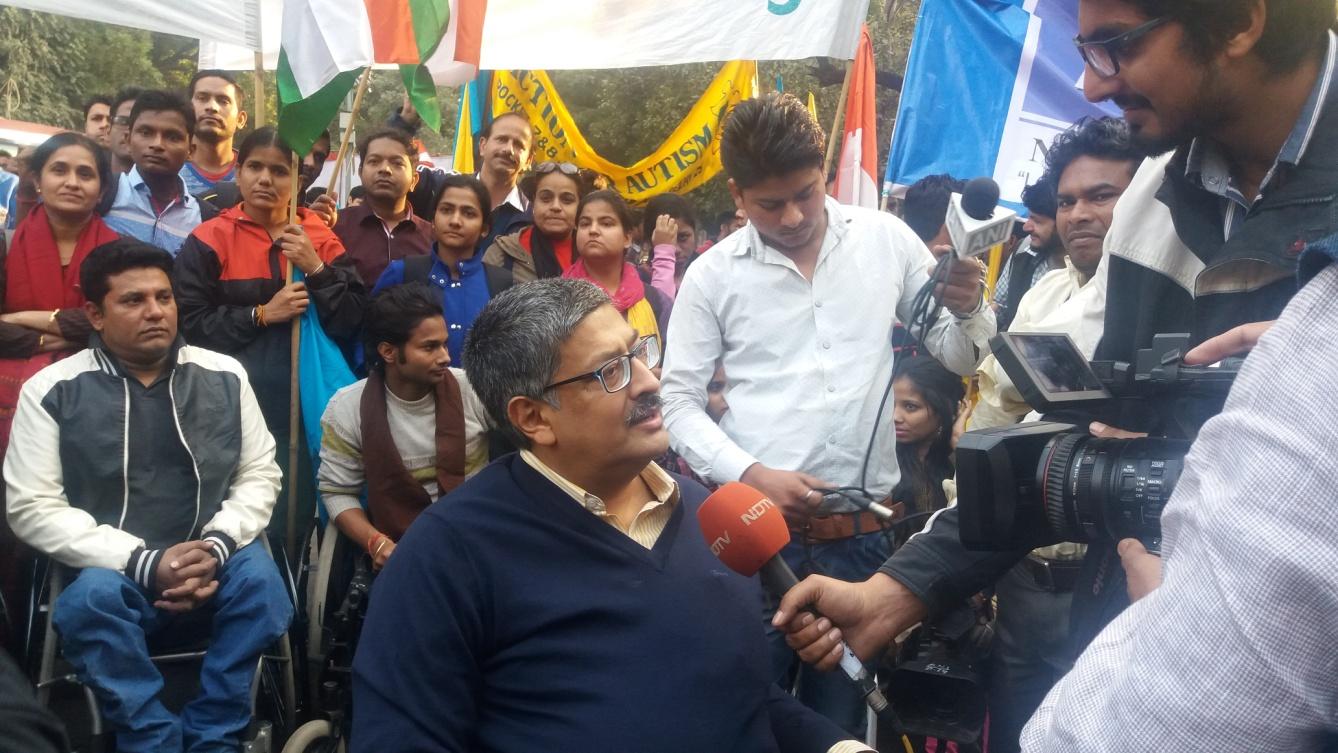 The bill will now be in place of Persons with Disabilities (Equal Opportunities, Protection of Rights and Full Participation) Act, 1995. The number of disabilities recognized has gone from seven to 21 which now include cerebral palsy, haemophilia, multiple sclerosis, autism and thalassaemia among others. Disabilities resulting from acid attacks and Parkinson’s disease are also acknowledged. 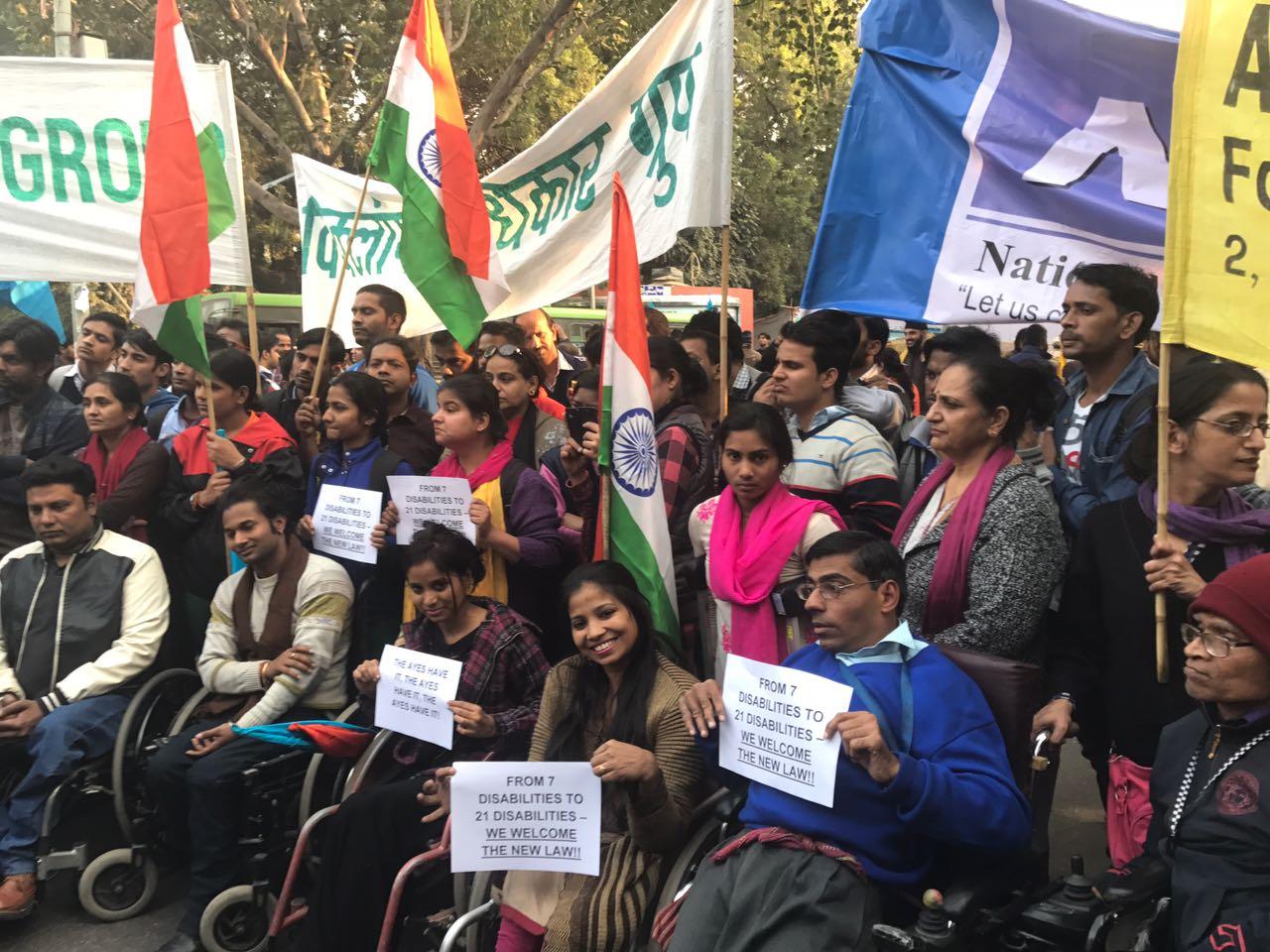 Also, the government has the provision to notify any other condition as disability. It will make a greater amount of people eligible for reservations and other benefits. Up to two-year jail term is allowed and a maximum fine of Rs 5 lakhs for discriminating against differently-abled persons. Prime Minister Narendra Modi was also in the house during the passage of the bill. The amendment of increasing the reservation from 4 to 5 percent was proposed by Congress and TRS members but was defeated. Offices of chief commissioner and state commissioners for Persons with Disabilities have been given more power. 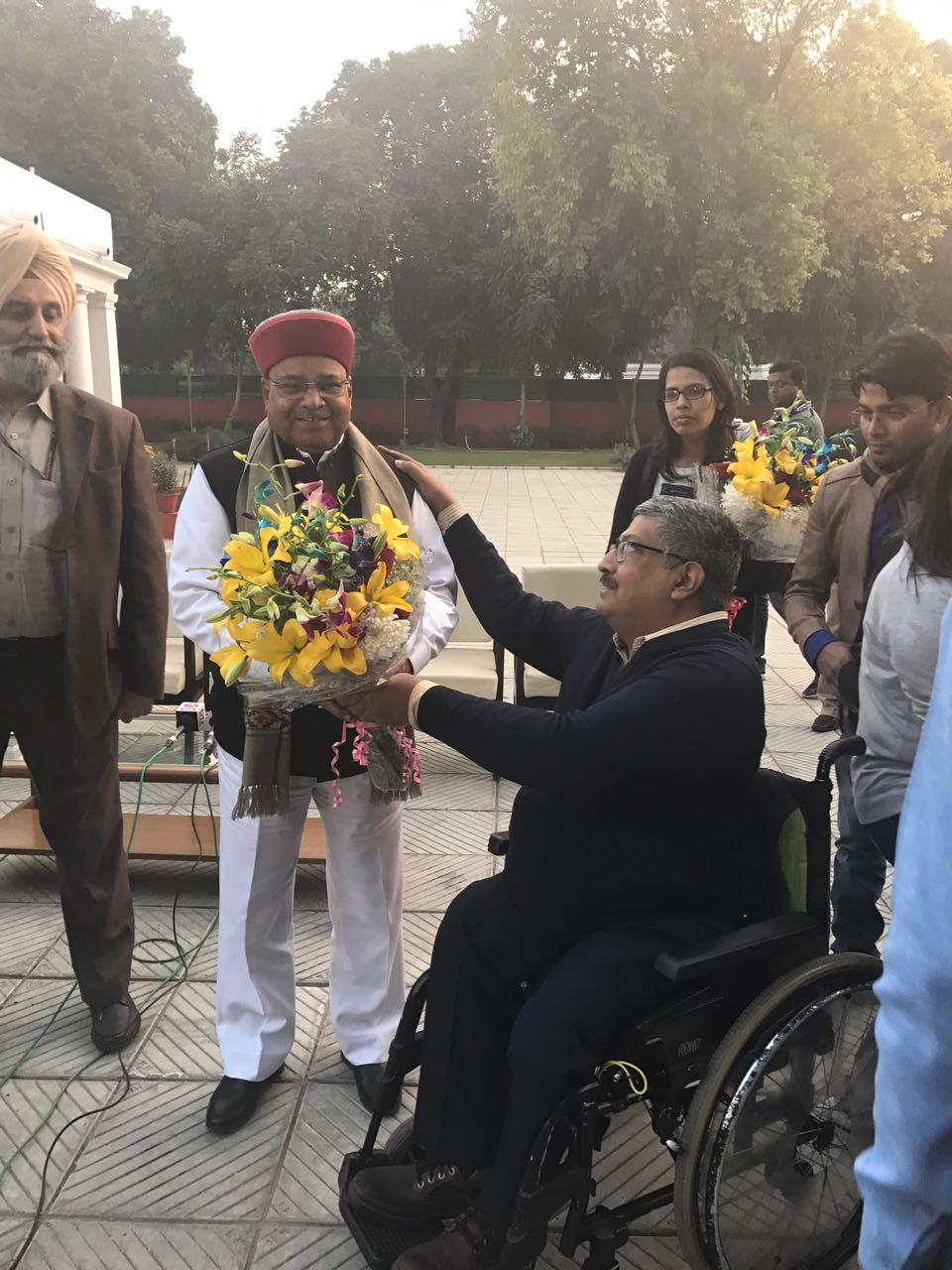 Javed Abidi, chairperson of Disabled People’s International (India), in today’s rally chose to focus on the positive,” When the parliamentarians want, when the political parties want, they rise above their differences and their political agendas which strengthens our faith in our democracy.” He is also the chairperson of National Centre for Promotion of Employment for Disabled People. For him, now, the disability movement has become a mainstream movement and has gained a lot of support. He got emotional while saying that this achievement seems almost unbelievable.

It has been a long fight since 2010, when Disabled rights group went to the minister and talked about the need for a new law. He said,” The differently abled are a part of this country; I have equal rights to education, employment, cinemas, shopping malls. We are not fighting for any kind of charity or pity, but for equal accessibility to the surroundings.”

Abidi thanked the government and the parliamentarians and said the movement also grateful to the prime minister and Thawar Chand Gehlot, Minister of Social Justice and Empowerment. As he explains, the previous government played a role in this historic movement -- the UPA introduced the bill and NDA completed it. “Now, the bill also talks about physical accessibility to infrastructure, transportation, captioning and sign language for the deaf, accessibility of ICT to the blind. All these will be a bit challenging and the vastness of this task requires a separate ministry. But today we just want to rejoice, everyone here wishes to sing and dance.”

The atmosphere at the gathering was full of happiness and celebration where various rights groups were present like National Association of the deaf (NAD), Action for ability development and Inclusion and Disabled Rights Group. The people danced to the tune of dhols and hailed disabled people’s unity.

After the gathering, the groups headed to Thawar Gehlot’s residence for a celebration and a press conference.