Demonetisation Hits The Poor At AIIMS, In and Around

NEW DELHI: All India Institute of Medical Sciences is the last call for the poor patients from across North India, who camp in sub-human conditions for a bed, and the medical treatment that despite delays makes the difference between life and death for countless patients.

Overcrowding has always been an issue on this over burdened medical institute, but demonetisation now has added to the poor patients litany of woes as most queueing up outside have no recourse to plastic, and remain dependent on the cash savings they have brought with them.

Shiv Kumar Paswan, a 70 years old kidney patient from Chapra-Bihar, has been in Delhi for the last 3 months for treatment but the past 30 days have been particularly stressful. He has been borrowing heavily for his treatment, with the amount totalling almost Rs 3 lakhs already. But now even this has dried up since the demonetisation, with Paswan waiting for Emergency treatment without a penny in his pocket.

“I need around 5,000 each day for my treatment and now I have nothing, I am soon going to die.”

Mukesh Kumar, who is the only attendant with Shiv Kumar, said, “ we are from a poor family and having no bank account either, earlier at least money was available on high interest rate, but now, even those people also refusing to lend at any rate. People like us have fallen into trap and are on verge of collapse.” he said, his quivering voice reflecting the tension that the family is under. 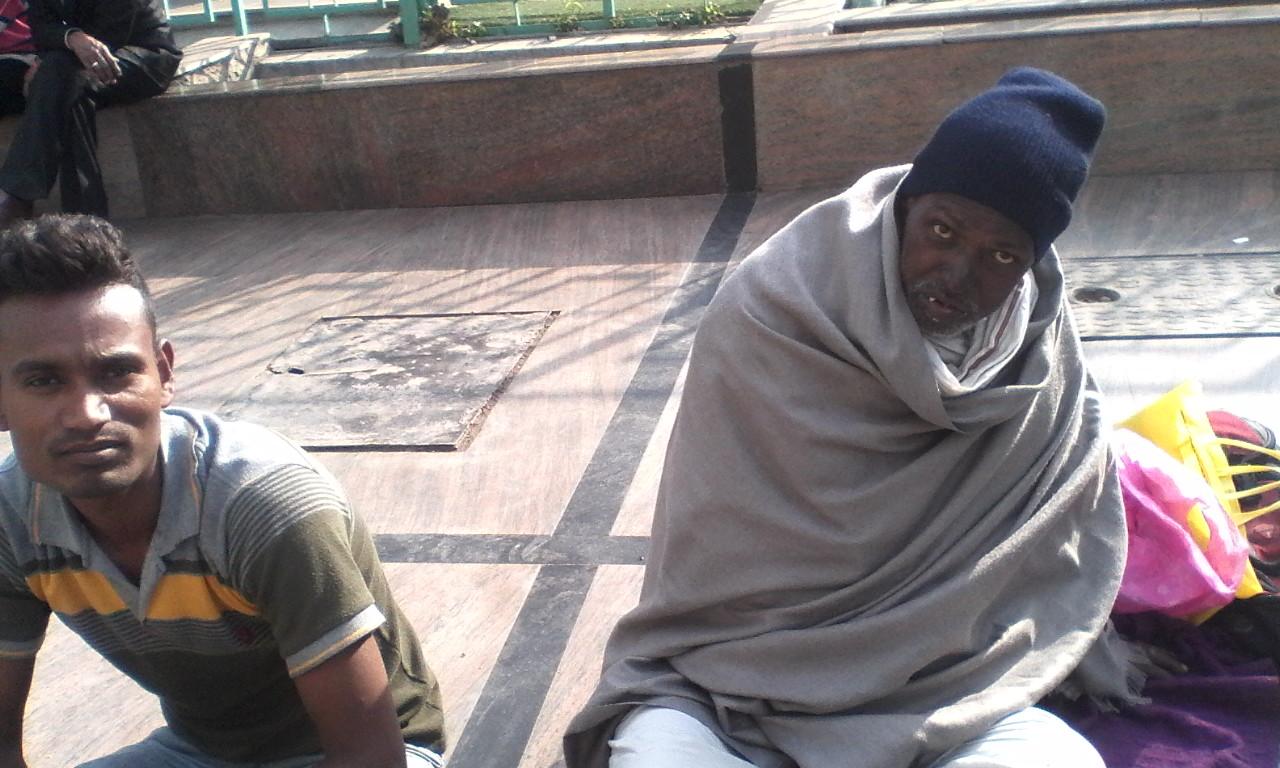 Mawarlal Jatav and his wife have come all the way from Madhya Pradesh to get his eyes treated in the Out Patients Department of AIIMS this weekend. He is carrying a letter from Congress MP Jyotiraditya Scindia that he hopes will help with the financing of his treatment.“Our Babuhas did this, keeping notebandi in mind, yet we’re facing great problems in purchasing food, as our cash is limited, and we have nothing else,” Jatav said. 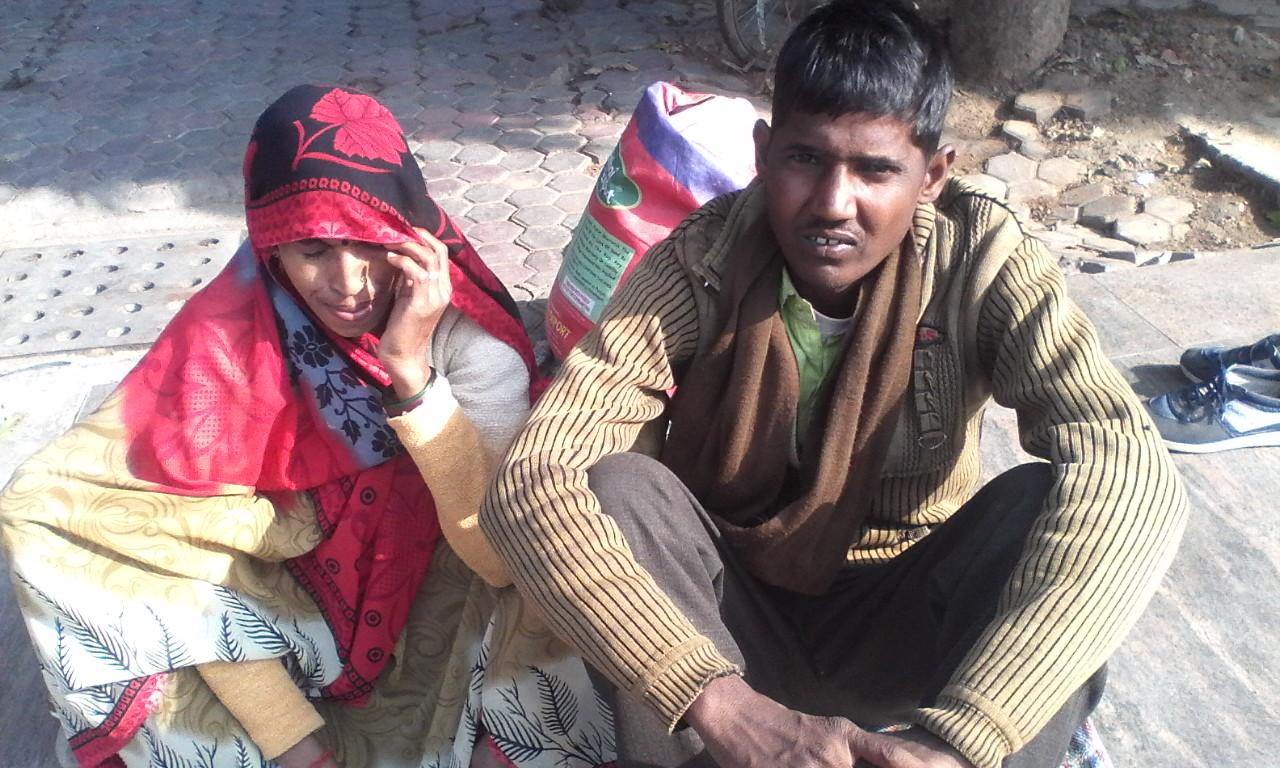 Mawar Lal Jatav with his wife

Even so Jatav is more fortunate than many others seeking treatment. Dinkar Yadav, a Lucknow resident, has been camping outside AIIMS for his father’s surgery and has had to rush back home twice since the demonetisation to arrange money. He said, “I was carrying Rs 15000 in cash, mostly in Rs 1000 currency, but this notebandi crippled us. I have had to go back home to now carry every little thing we need to survive, even groceries with whatever little money I was able to exchange.” He said that it is a major relief that the hospital is accepting old notes, but “for medicines and food, I need new money as I have no ATM card either”.

Zarina, an elderly patient from Saraharpur is in AIIMS for an operation to remove stones in her kidney. She said, “I am paying very little and it is a great relief for poor people like us, but my son is facing severe difficulties in living with me. He has an ATM card but he spends hours trying lining up, and more times than not he comes back without any money as the ATMs run out of cash.”

Other than outstation patients, locals too are facing problems of a slightly different nature.

Rahul Kumar said he along with his mother is moving up and down from his East Delhi residence to AIIMS for more than 20 days. His brother is admitted for treatment of his lungs. “I am the only earning member in my family and I am solely responsible for arranging all the finances. Since demonitisation, it has become really tough to mobilise cash even though I have my own bank account. Especially standing in long queues outside ATM when the family is so distressed is just not an option.” he said.

However, the level of inconvenience is not the same for everyone. A vegetable vender from Tughlaqabad, has been lying outside the emergency ward for a week. Mobeen Yusuf is suffering from a leg injury. He said he has 5 kids and all are school going. “I was earning nothing 3,000 with sufficient profit per day, but after Prime Minister’s decision to invalidate the banknotes of 500 and 1000, I am hurt most, my sale has dropped drastically and debt is rising. My family is managing with the past savings but I am earning no more. No one cares for people like us” he said.

It’s not only patients at AIIMS who are suffering but the vendor business around it has also been severely impacted. “My sale has dropped by half since demonetisation. Earlier my customers were buying my chat plates worth Rs.20 but now most of the customers are paying only f Rs.10” said Manvir Yadav, a snacks vender outside AIIMS gate. He further added, “I don’t know what will be the impact of this decision of this notebandi but I am sure, my business will be in ruins in a few days.” 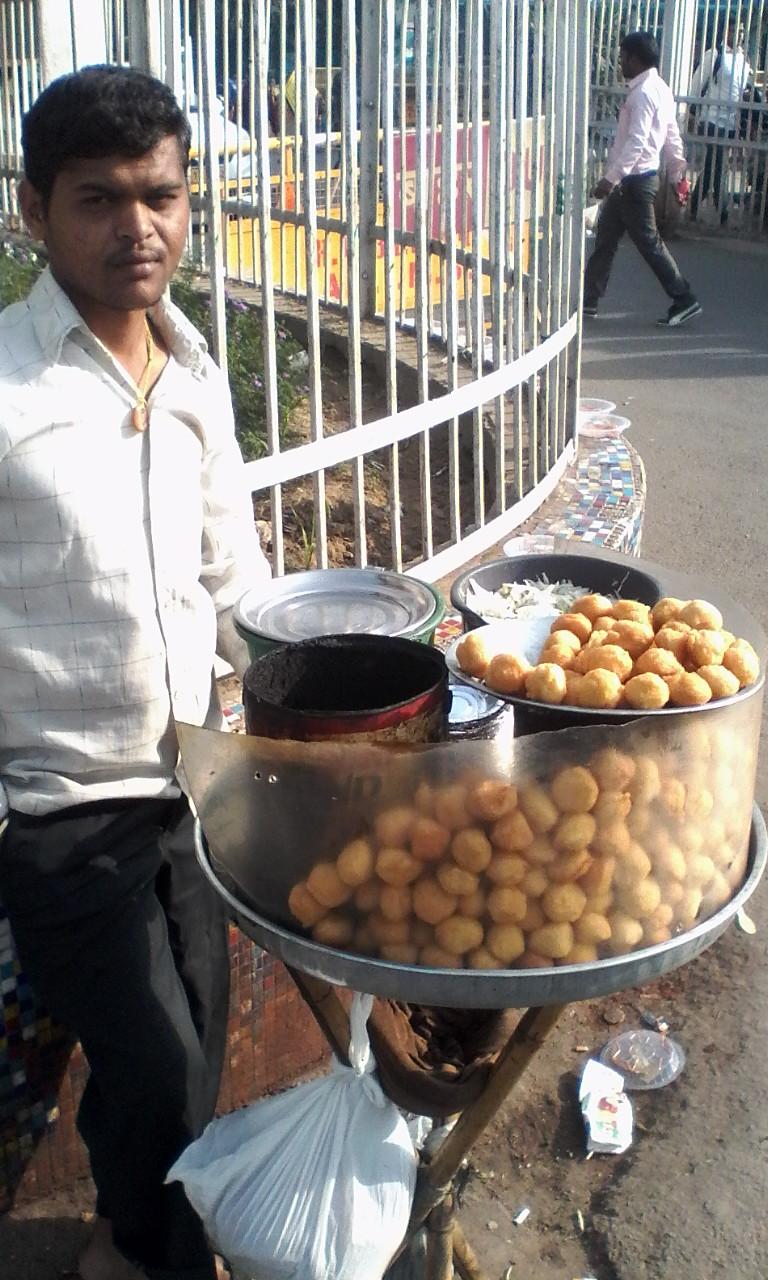 The chemists outside AIIMS gate usually do flourishing business supplying medicines for patients inside. On condition of anonymity, a drug seller said, “I am really irritated to see big notes of 2,000. We already had scarcity of small banknotes like 50 and 100 but now our business is being hit, as often we do not have change, and the customers leave.” 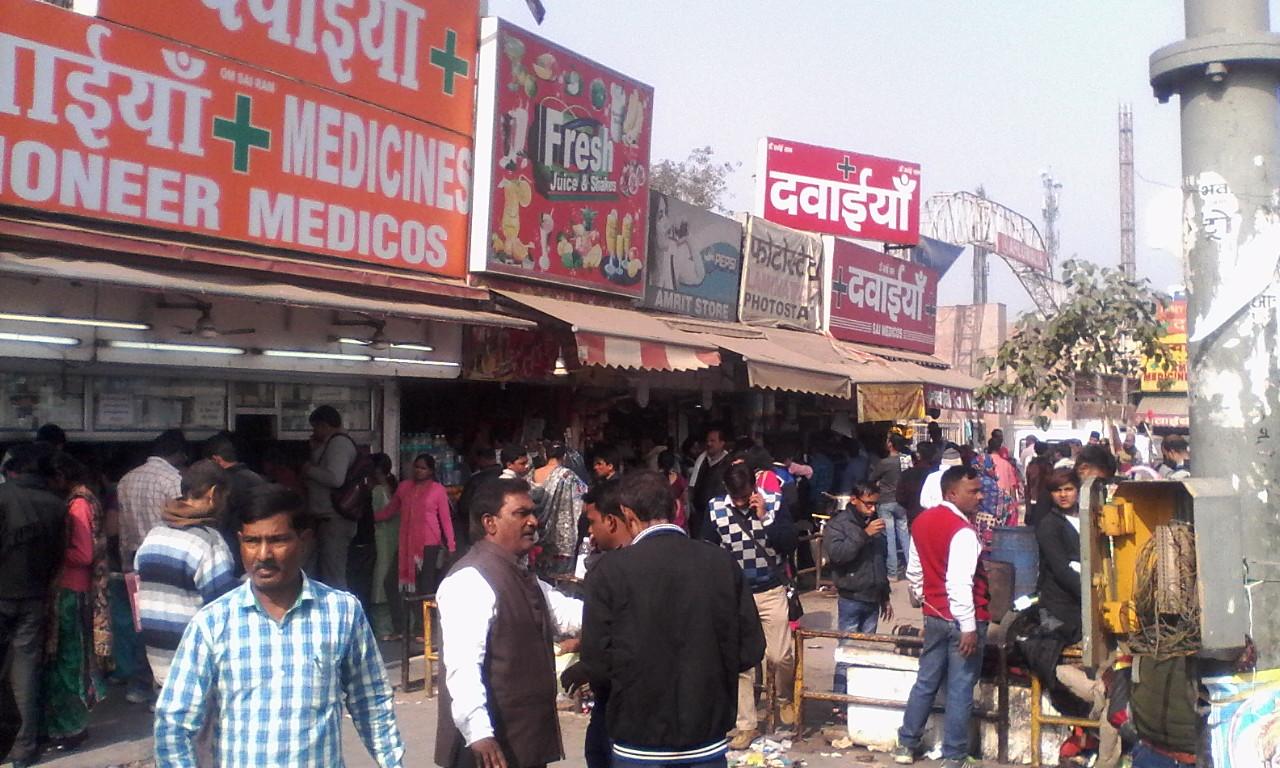 Medical shops outside the AIIMS

Another drug seller in the row said, “We are not accepting old banknotes but offering card swipe machine for digital payments. However, using this adds up extra financial cost to us and I am forced to pay additional amounts to my bank for using this machine, when my business is already dropping.