Demonetisation: Body Blow To Those At The Bottom End of the Monetary Scale

NEW DELHI: The voiceless have been most impacted by Prime Minister Narendra Modi’s demonetisation who continue to remain far below the radar of the media and the politician.

The workers in the wholesale market of the Old Walled city of Delhi belong to this section, badly impacted, but too poor to be heard in the corridors of power in New Delhi. The handcart pullers are at the bottom of even this neglected scale, with the cash crunch eating drastically into their meagre earnings.

Many are without work, hundreds of carts are lying idle in the marketplace, and for most of these handcart pullers life has taken a downward turn. They have no idea when this crisis will be over, or whether it will be over at all. They only know that their lives are lying in ruin as a result, and there is no alternative job for them as the daily wagers in all enterprises have born the body blow of demonetisation. 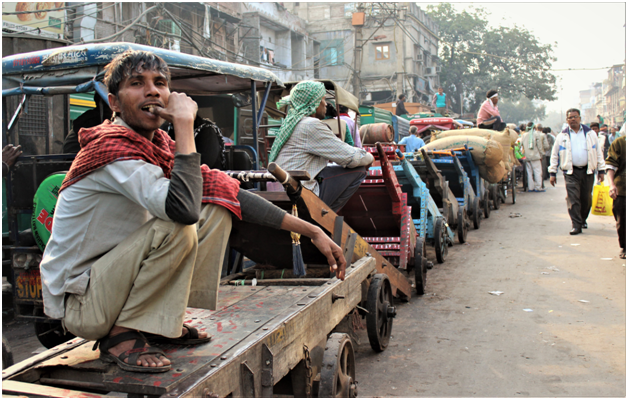 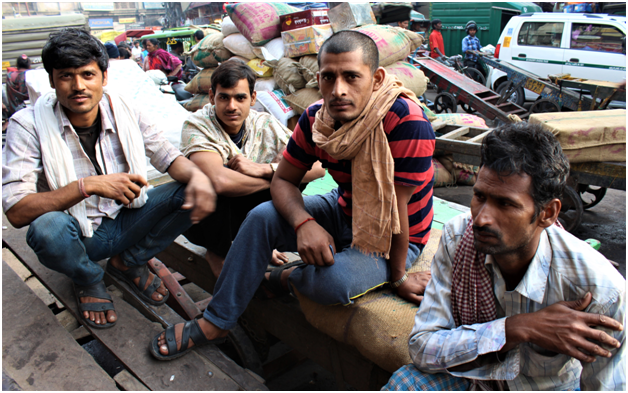 -Sagar Jadav (2nd left) along with other daily-wagers from Bihar have been doing this job since years but claims they have never seen "such harsh days". 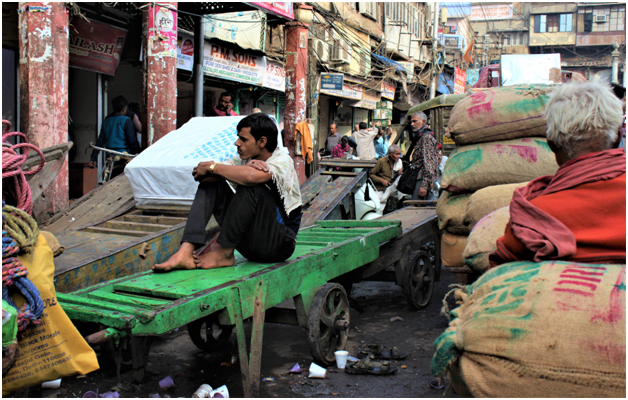 -Jitendra Sahu (name changed) sitting idle on his wooden handcart. “By withdrawing all 500 and 1,000-rupee notes from circulation, the government is trying to break the will of a common man. No one from the elite class is standing outside ATMs to withdraw money,” says Sahu. 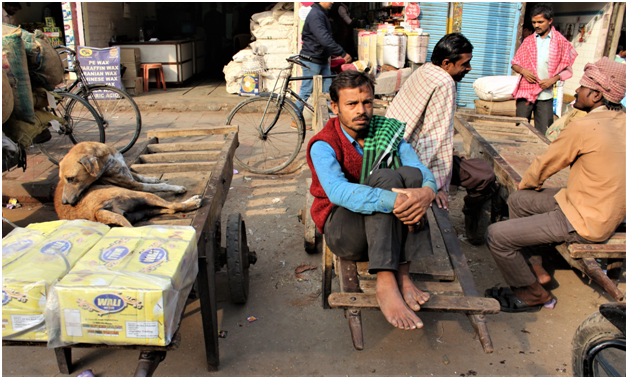 -Beja Kumar, a handcart-puller from Bihar transport goods through the narrow lanes of Fatehpuri market everyday. Since November 8, he has been badly affected by the demonetisation exercise. 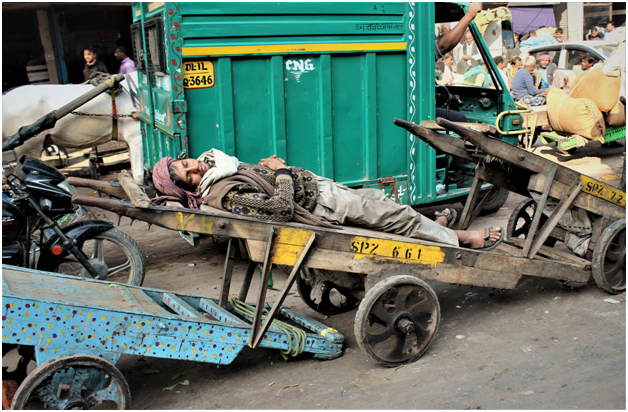 -Lack of business activity in this commercial hub has meant that the daily wagers are left to fend for themselves. 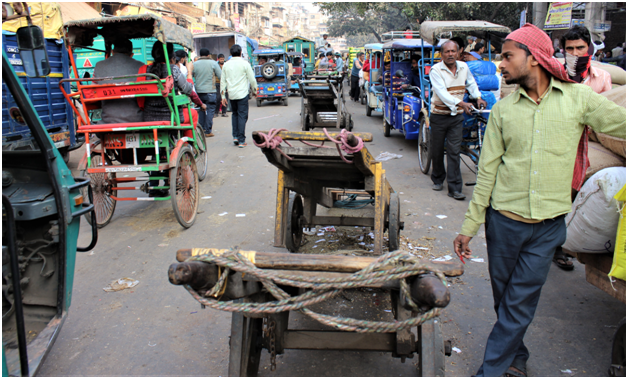 -Hundreds of carts are lying idle in Khari Baoli as pullers have already left for their native places. 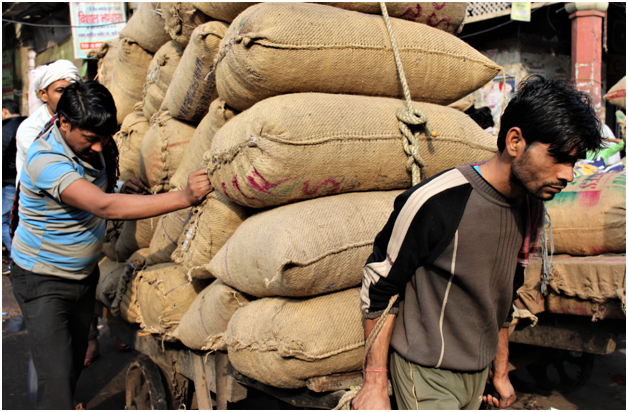 -Handcart-pullers who deal in cash suffers because of non-availability of change. 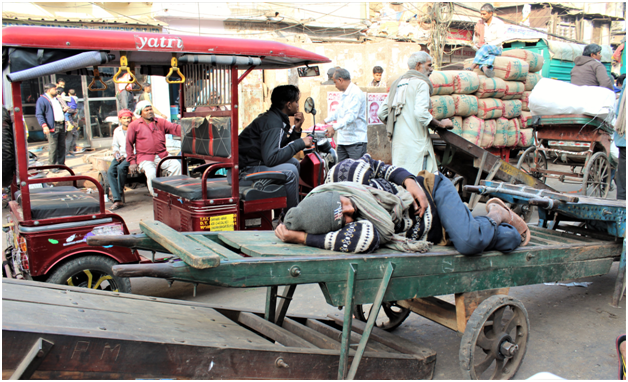 -Many workers have been rendered jobless by the demonetisation move. 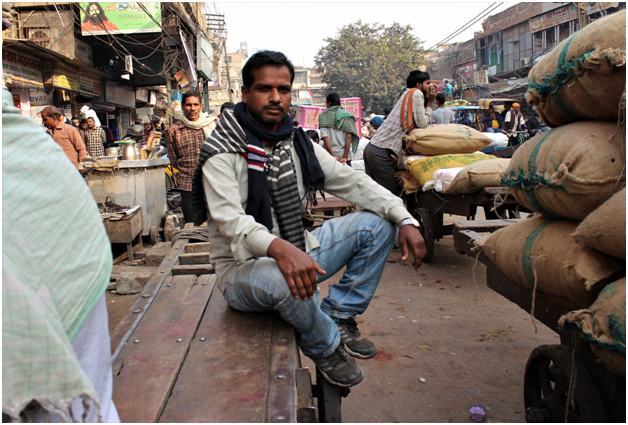 -“We don’t have access to banks. We earn and spend in cash,” says Asif Khan, a handcart-puller. 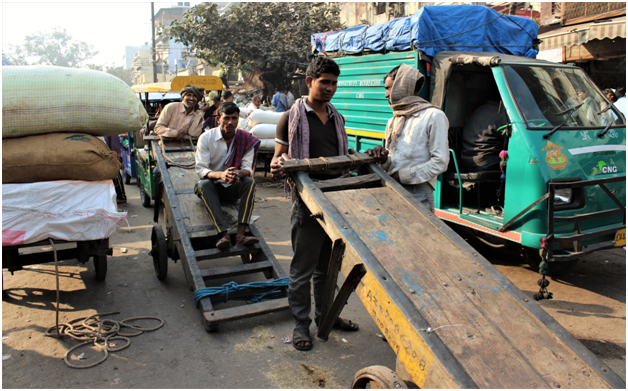 -“Markets has gone down by 50 percent and there is not enough work in the walled city,” a group of workers said.

(Cover Photograph: Handcart-pullers in the Khari Baoli wholesale market are the lifeline of Old Delhi's trade)