CHANDERDINGA (Dhubri, Assam): Abdur Razzak, in his mid 40’s has been living here ever since he was a kid. After losing his land to erosion Razzak and his families had shifted to Chanderdinga in 1978 but now after several decades he has no home.

The Dhubri district administration has demolished the houses of at least 56 families in the locality on forest land on December 28, 2016.

After that all the familiese have been taking shelter in makeshift camps on the bank of the river Brahmaputra, braving the fierce cold and sub-human living conditions. 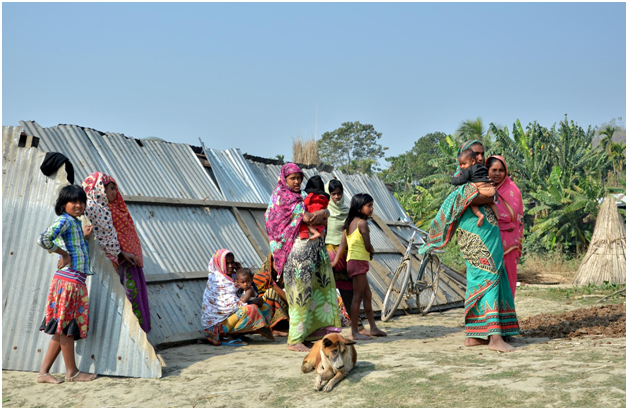 “This is totally inhuman,these circumstances in which we are living now. We are not criminals. We came here after losing lands due to erosion. We are not rich enough to buy new land. Where do we go now? We had requested that at least some rehabilitation should be provided before our houses were demolished. But no one listens,” Razzak who shifted from Roukhowa Chapori told The Citizen.

Dhubri deputy commissioner Dhiraj Choudhury said that the families had been occupying forest land so they were evicted. “Since they illegally encroached the land, the government will not compensate them. However, if they can prove that they are landless, the administration will arrange the rehabilitation process within the district,” said Choudhury.

In 1997, some families were evicted but later again they came and settled down. “As we don’t have any resources or anywhere else to go,” Razzak added. Successive governments allowed the families to stay on the land since over 30 decades now. 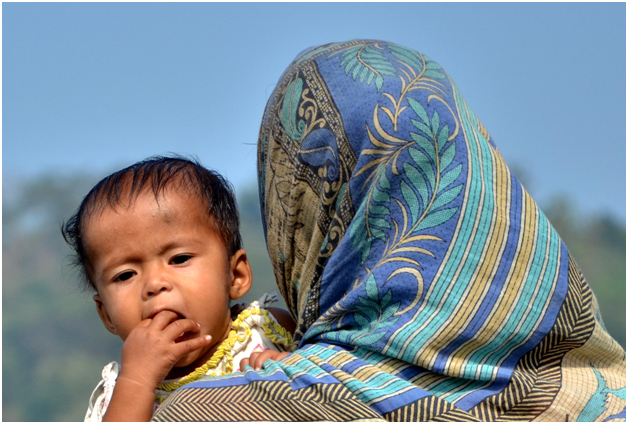 Bhabani Devi (44) didn’t even have the time to save her meagre belongings.

“We are not sure of our future now. We have very old people and infants here. We have just been thrown out of our houses. We don’t have land papers but we have been living here for more than 30 years now,” said Devi.

Devi who lives with her husband after the marriage of their two daughters said that the administration has not even arranged for rehabilitation, even in the form of temporary shelter. “Only a few NGOs and organizations have extended their helping hand. We have been made to look like criminals by the government. Even the criminals get the basic needs of life but we are even worse off than that,” she added.

There are 25 children who are below one year of age, and at least 42 children within the age group of one to five years besides 12 pregnant women taking shelter in the makeshift camps on the river bank. 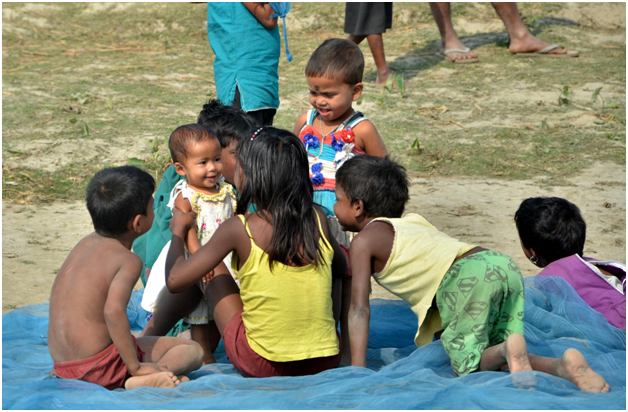 Ashraful Hussain, a blogger and activist said that a lower primary school with more than 100 students has also been demolished.

“These people have been suffering like hell. We want rehabilitation for these people at the earliest. With pregnant women and babies shivering in cold, who will take the responsibility for their future,” said Hussain.

Since 1950, erosion across the state which has affected around 20 lakh persons.

Hussain said that so far more than 20,000 people have been evicted from five locations in the last several months by the Assam government. During the course at least three people have died. Two were killed during police firing while a three-day old kid died due to poor health conditions in Sipajhar. 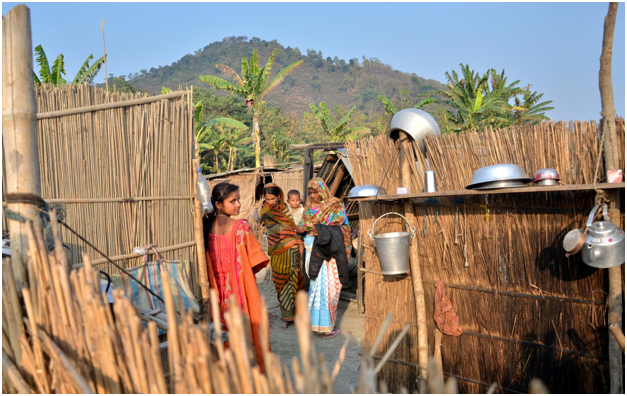 The eviction drives were carried out at Kaziranga, Mayong, Hajo, Shipajhar and Chanderdinga.

“Previous governments issued circulars in 2003, 2006 and 2015 to provide land patta and rehabilitation land grant to the erosion affected char people in Sipajhar. But due to pressure and mobilization of right organizations none of the circulars have been followed and executed. The last government of Assam served a notification in 2015 regarding rehabilitation of landless people especially erosion victims to allot at least 3 bighas land per families for their settlement; surprisingly the new government has brutally evicted the same people without providing any means of settlement and rehabilitation,” Hussain said.

(Cover Photograph: Women shift their belongings to a safer place by the river side.

Other Photographs: People standing near their makeshift tents on the river bank of Brahmaputra;Children in the camps play under dirty condition;A child with her mother at the camp on the bank of river Brahmaputra;An evicted family takes shelter on the river bank.ABDUL GANI)