CHENNAI: The Bay of Bengal is known for forming very rough and strong waves. But the calm Marina Beach of Chennai, along the Bay of Bengal, has never seen such high and revolutionary waves that the Jallikattu upsurge has unleashed.

The beach as well as the adjunct road is flooded with agitators, raising their voice and their fists in support of the traditional bull-taming sport - Jallikattu. Over days and nights, the people gathered at the Marina beach to lift the ban on Jallikattu and impose a ban on PETA initially.

With time, the protest that started a week ago shows little sign of abating, and is instead attracting more and more people cutting across class and culture. The social media is flooded with angry tweets and posts from the people of Tamil Nadu.

The protests have acquired a second and yet related dimension. The agitators, holding placards, were requesting people not to drink the products of MNCs like Cocacola and Pepsi. Activists threw away the drinks in a united show of protest.

A young student protestor said to this reporter,“MNCs that deal with Food and Beverages intend to bring Jersey cows to India which will replace the Indian native breeds of cattle. These MNCs are interested to ban Jallikatu through organizations like PETA.”

“We don’t consider bulls or cattles as animals, but as our family members,” said a farmer at the protests.

Taking the protests yet another intense step forward, many are now threatening to boycott Republic Day. Agitators termed January 26 as A “a black day for Tamils.”The agitators also threatened to move into the sea to boycott the Republic Day celebrations, if the police marched forward.

This Monday morning a large number of police personnel were engagged to evacuate the students and agitators at Marina beach. The days turned violent, as protesters threw stones at the police, who used batons and tear gas to control the agitators. 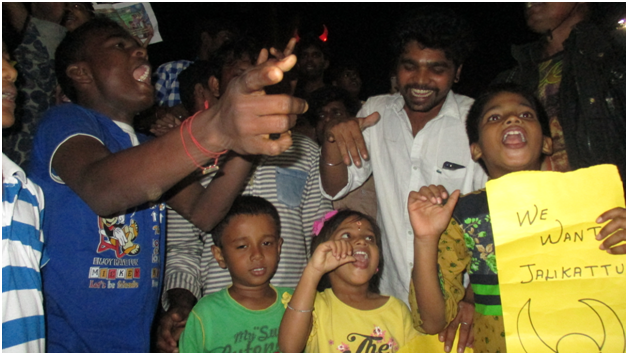 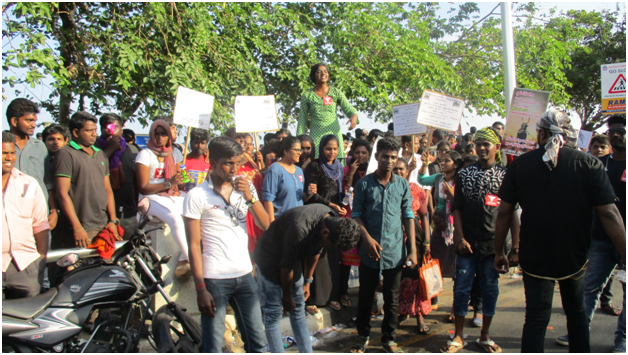 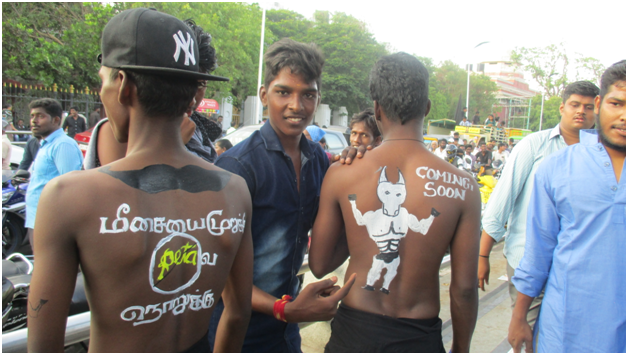 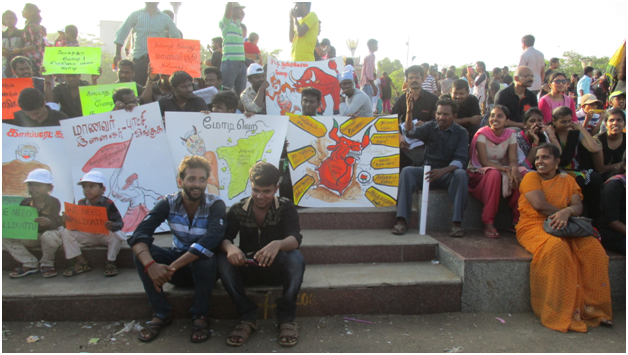 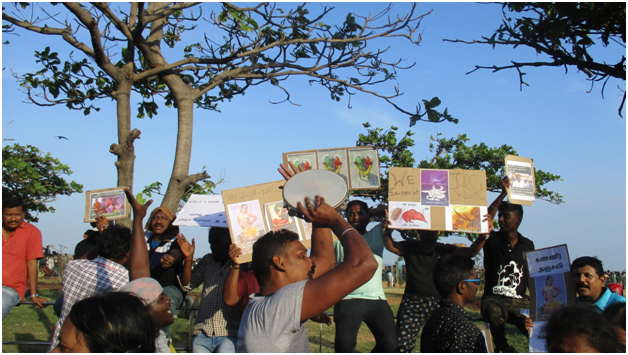 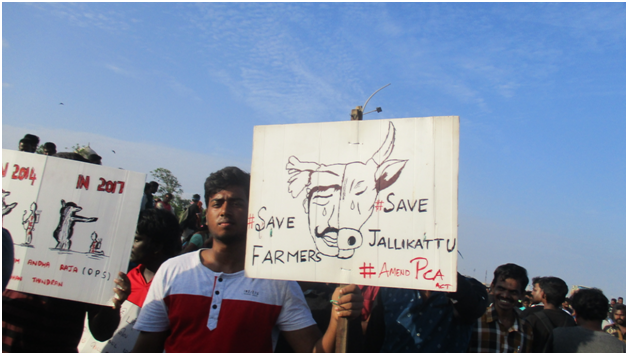 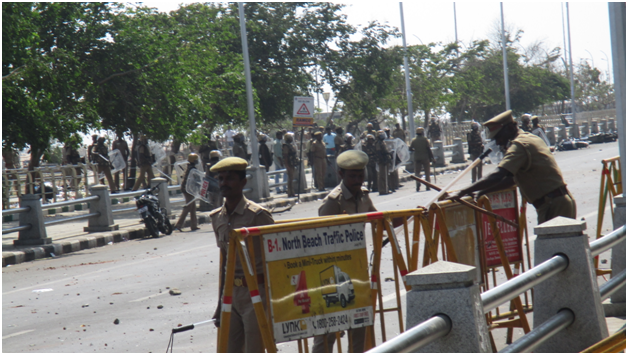