Why The Gathbandhan in UP is Not Maha

NEW DELHI: Uttar Pradesh (UP) and Bihar are two states that are mostly spoken in same breath —not only in political circles but also in Bollywood songs. As UP goes to polls next month, many are predicting that it would go exactly like the Bihar polls of 2015.

Now that the much touted Samajwadi Party (SP) - Congress (Cong) alliance is sealed in UP, comparisons are being drawn with the mahagathbandhan in Bihar.Much is being talked about how Priyanka Gandhi could become a savior for the Congress party following the alliance victory.

A little careful juxtaposition, however, will show that poll-bound UP isn't exactly like Bihar despite being its neighbor. Here is why. 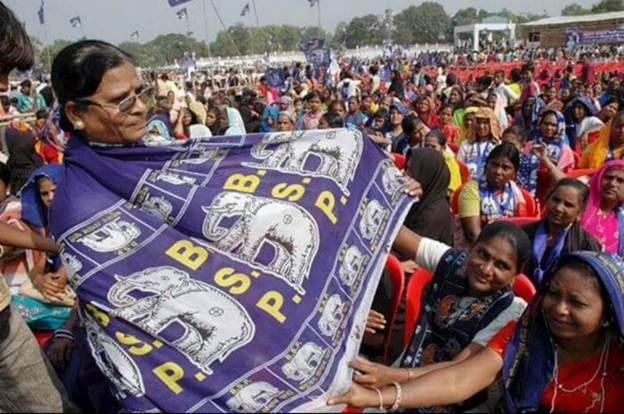 1. SP-Cong Alliance is neither Grand nor Timely.

The Bihar grand alliance or mahagathbandhan between Lalu Prasad’s RJD and Nitish Kumar’s JD-U had begun on May 16,2014 - the night of the general elections results. The BJP had swept Bihar trouncing both RJD and JD-U that had contested separately. Nitish Kumar had telephoned his bête noire Lalu Yadav and discussed ways to stop the BJP in the Bihar state elections in 2015. Lalu Prasad agreed to this next day. In the by-elections held three months later, the grand alliance of RJD-JD(U)-Congress won 6 out of the 10 seats. This gave all the three parties confidence that the grand alliance was the way forward to defeat BJP.

For the next eighteen months, Lalu and Nitish toured the state, telling their workers to unite and forget the differences for sole and greater purpose of stopping BJPs ascendence. In the Dec 2015 elections, the unity bore fruits as the mahagathbandhan captured power with full majority and Lalu Prasad’s party won most seats.

Alliance is not just a press conference of seat distribution. Alliance also means seamless amalgamation of the workers of the parties. It is not a quick process. While Bihar got around 18 months of time before the assembly polls, UP’s much talked alliance was formed barely eighteen days before the first vote gets cast in Western UP.

Will workers of both parties, give their heart out in the constituencies that has been lost in the seat sharing? Will the workers work for party rebels or official alliance candidates?

Reports suggest that haggling was still underway at the time of writing this, at Amethi, RaiBareli and Saharanpur as SP has not withdrawn several candidates, leading to resentment in the Congress rank and file with many fearing that the infighting will help the BSP (or the BJP) in some constituencies.

All this leads to speculation if the political bickering in the Yadav family took too much time and will the alliance actually work on the ground.

2. Myth of the Congress Vote bank

The proponents of the alliance are boasting that 29% of SP votes and 11.65% of Congress votes — as per 2012 state elections —would prove to be a winning formula, taking the alliance share close to 40% votes. Well, not quite.

Let us go back and check the results of the 1993 and 1996 state elections. In 1996, the BSP formed an alliance with the Congress in UP. Three years prior,in the 1993 elections were won by SP and the BSP which had a pre-poll alliance. The BSP had won 67 of the 164 seats it had contested leaving the rest to SP. But in 1996, the BSP won the same number of seats despite contesting 296 seats along with the Congress. This means that in the additional 130 seats, the Congress vote did not ensure the BSP candidates' victory. The Congress however gained by the alliance — it had won only 28 of the 421 seats it contested in 1993 but in alliance with BSP, it won 33 out of the 126 seats contested.

The 1996 alliance also proved that one plus one is never 2 in political calculations. The total votes polled by BSP and Congress in 1996 were less than total votes polled by BSP and Congress when they fought separately. BSP realized in 1996 that BSP’s vote is committed and gets transferred to any party but other party’s vote isn’t transferable in an alliance. The party has not done any pre-poll alliance since 1996.

Despite being home to Gandhi family’s VIP constituencies, the Congress party’s vote share has been declining since 1996. Unlikethe BSP and SP, no major community forms the party’s base. Until the 1990s, the Brahmins formed the base of the party but they have deserted it already. Dalits had already deserted Congress with the inception of BSP. In this situation, it is difficult to imagine that in the 300 seats that the SP is contesting, it will gain any significant votes from Congress. Also in the 104 seats the Congress is contesting, the Muslim voters, on whom the alliance is heavily banking, have another strong option in the BSP.

Anyone who has followed the Bihar elections closely will know that Nitish played the Development man role while Lalu stuck to his social justice champion role and attracted huge crowds across the state. While Nitish was academic, often ridiculing PM Modi’s lack of knowledge on Bihar history, Lalu was quoting Golwalkar exposing RSS’ views on the Constitution and Reservation in rallies. He made reservation a key poll plank. Lalu-Nitish complimented each other very well.

Compare that to the Rahul-Akhilesh Duo. The campaign slogan calling Rahul-Akhilesh as Apne ladke versus Bahari Modi (Our boys vs outsider Modi) is making rounds. This is In Line with Nitish-Lalu’s powerful message Bihari versus Bahari (Bihari vs Outsider) which had resonated very well in Bihar. In UP however, the presence of Mayawati who is UP’s very own will mean that it will not cut ice with many.

While, Akhilesh and Rahul are both trying to emulate Nitish Kumar’s model of development for all. A Lalu Prasad is missing in the UP alliance. And Mayawati is the Lalu Prasad that the alliance doesn’t have. While both Rahul and Akhilesh have spoken about development of UP, the social justice message which is key to a state like UP is missing from the alliance.

Interesting to note that the biggest rebuttal to RSS spokesman Manmohan Vaidya’s remark on quota came not from Rahul Gandhi or Akhilesh but from Mayawati. She said loud and clear that BJP’s morale will be so high if it wins UP that Centre will immediately end reservation for SC/ST and OBCs. Her party was quick to capitalize on this and created catchy slogans like Arakshan Bachane ko, Bahenji ko anne do. (To save reservation, Maywati has to be the CM)

The BJP on the other hand has put all the eggs in PM Modi's basket and none of the state leader has any appeal. The election commission has made it worse for the pary with its directive not to announce any new schemes in the Budget for poll-bound states.

The fourth and important different between UP and Bihar and the one media is not discussing much is Mayawati. Poll pundits and psephologists have always underestimated Mayawati’s BSP in the context of UP elections. 2017 is no different.

Mayawati is the difference between Bihar’s grand alliance and UP's alliance. In Bihar, those disappointed by Modi’s rule had only one choice.

In Uttar Pradesh, they have two options. SP-Cong and BSP. Very few disagree that law and order remains much better with Mayawati at the helm. This factor assumes greater significance given that this is the first state elections after Shamli, Muzaffarnagar riots.

Mayawati has been wooing Muslims to the party big time as is evident from her 97 seats distributed to the community. She has been stressing in rallies and press conferences that only BSP can defeat BJP. The party campaigns heavily on the Expressway projects, universities and other development activities done by Mayawati. Also, for the first time, BSP social media teams have been formed unlike in the past where it confined itself to traditional ground campaign.

Not to be seen as an older party compared to Samajwadi Party’s Akhilesh Yadav, Mayawati has given a free hand to a young leader Afzal Siddiqui, son of her trusted lieutenant Nasumiddin Siddqui. Afzal has been made in charge of multiple districts in Western UP which goes to poll first. A lawyer by profession, he speaks well. At each rally he explains to the largely Muslim crowd how voting for SP or Congress is like putting their vote in a ditch — as it will help BJP. He adds that only the BSP has committed votes and if they add their votes, it will be a winning combination. This appeal could dash the hopes of Rahul-Akhilesh who are vying for the same Muslim votes.

Apart from Dalit-Muslims, the BSP is systematically targeting other social groups through a ground plan.

The only similarity between Bihar and UP seems to be a depleted BJP compared to 2014. Demonetization has further alienated lower middle class voters who are mostly impacted by this decision taken by PM Modi.

​(​Ravikiran Shinde is a postgraduate from IIT Bombay, an independent writer and socio political commentator.​)​