BJP Wants Rohingyas Evicted, Is That The Official Policy Of New Delhi?

NEW DELHI: Communal politics bent on irrevocably dividing Jammu and Kashmir into segments has found a new target in Jammu. The right wing parties, with Bhim Singh and his Panthers Party being the first off the block, are now whipping up a campaign for the eviction of the hapless Rohingya Muslims who had taken refuge here from Myanmar state brutality six years ago.

The BJP legislators of the state have raised the issue in the Assembly demanding action against the ‘Rohingyas and the Bangladeshis.’ Ironically the Jammu and Kashmir government, of which the BJP is a part, has stated that the issue is humanitarian. At least for the moment.

This open attack on the Rohingyas coupled with the usual slogans against “Bangladeshis” comes at a time when the Myanmar military has unleashed new violence on the hapless community with estimated “thousands” reported dead. As Reuters reported the Myanmar military is reported to have killed “thousands” of Rohingya Muslims in a campaign of rape and destruction described as ethnic cleansing by the United Nations.” The news agency quoted a UN official as saying, “the talk until now has been of hundreds of deaths---this is probably an undestimation---we could be looking at thousands.”

In a new first hoardings have appeared all over Jammu with the clarion call “Wake Up Jammu” urging that Rohingyas and Bangladeshis be evicted from the state. Bhim Singh who has taken flip flop political positions is now pursuing an unabashed sectarian agenda, with the J&K National Panthers Party taking ownership of the campaign. The Shiv Sena has also joined in, with the BJP in the lead. 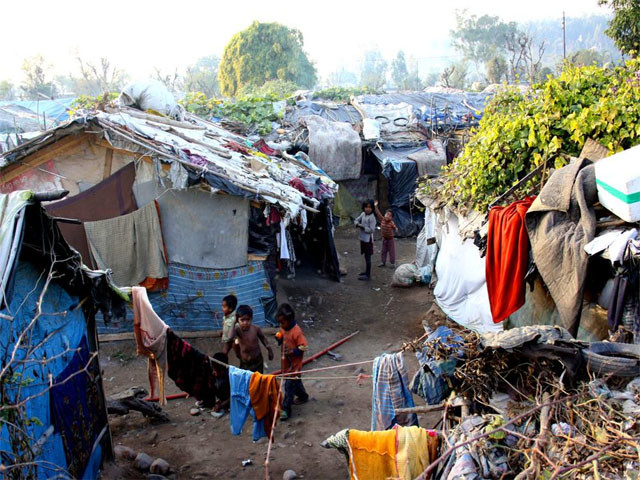 Despite the campaign that seems to suggest that the state is being swamped by the Rohingyas, there are only 1200 families living in the Jammu region.

The campaign is picking up in the face of studied silence from the Ministry of External Affairs on an issue that has brought even Myanmar’s de facto leader State Counsellor Aung Saan Suu Kyi under question for her silence on the issue. In a persecution that has driven the Rohingyas literally into the sea, the Myanmar military has come under human rights focus with criticism growing against its persecution of Rohingyas within the UN and across the world. The issue was not raised by either Prime Minister Narendra Modi or Foreign Minister Sushma Swaraj when they met the State Counsellor last year. At least not officially.

The BJP line is now being spelt out vocally in Jammu and Kashmir, with the issue being communalised with the hoardings appealing to “Dogra pride.” The hoardings state, “Let us all Jammuites unite to save history, culture and identity of Dogras.”

The loud campaign against the Rohingyas in Jammu has taken an ugly turn with the hoardings and demonstrations. Interestingly, the National Conference in Jammu is on similar lines, in that it is using the issue to attack Chief Minister Mehbooba Mufti for not taking action against “illegal settlers.” However, the Rohingyas who have been living in relative peace for almost 6 years now are not illegal settlers, as they have been recognised as refugees by the United Nations High Commissioner for Refugees. As many have been living in Delhi , Jaipur and other parts of India as well for a similar or longer period of time.

All Rohingya families spoken to by The Citizen in Delhi have a story of despair and suffering. They have been living in slums, quietly and just happy to be alive. Most of them were clear in both Jammu and Delhi that they feel secure in India as it is a “tolerant, democratic” country unlike the neighbours. However, this conviction has been dealt a sharp blow with the open campaign in Jammu against a persecuted people who have nowhere to go.