Raebareli: BSP Gives A Fight to A Congress Backed Don

RAEBARELI: This Congress bastion perhaps gives a good idea of the complex politics of Uttar Pradesh impacting on every single seat. Where the party might matter, but where the individuals often matter more.

The Government Inter College grounds were packed with Congress supporters as brother and sister Rahul Gandhi and Priyanka Vadra came in to support the local candidate, one Aditi Srivastava daughter of Independent don Akhilesh Singh. Srivastava, dressed more for a party than a political rally, giggled her way through as Priyanka smiled distantly, leaving it to Rahul almost entirely to solicit the crowds with a wave, a direct ‘how are you’ and a smile that was a little more embracing.

The grounds were packed, although people gathered just outside the venue insisted that it had been even more so just a few days ago when Bahujan Samaj party leader Mayawati had come to Raebareli for her candidate Mohammad Shahbaz, a new entrant into politics. But first about the Congress party.

Raebareli has expanded, but remains without the amenities one would have associated with a constituency being nurtured by the Congress First Family. And as many in the town remarked, Aditi Srivastava---a dummy for her notorious father---had little to offer except the alliance, and the First Family. 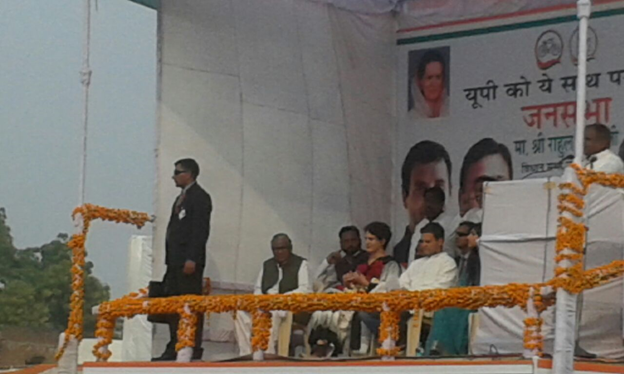 Akhilesh Singh has had a long chequered careeer, with elections dotting a criminal record. He was interestingly arrested in connection with the murder of badminton player Syed Modi along with neighbouring constituency’s Raja Sanjay Singh. Sanjay Singh went on to marry Modi’s widow, who is contesting the elections again from Amethi. (http://www.thecitizen.in/index.php/NewsDetail/index/1/9969/Drama-in-Amethi-A-Rapist-And-2-Wives-of-A-Raja-Slug-It-Out)

Singh who has been in ‘power’ for a continuous 25 years in Raebareli was suspended from the Congress party for six years, but continued contesting and winning either directly or through proxies. He has acquired the clout to swing the votes, but locals now insist that finally the ageing don’s influence is waning. Even though this time his proxy, daughter Srivastava was supported directly by Rahul Gandhi and his sister with many supporters of the party in the little town questioning the ‘wisdom’ behind this move.

For the first time the don and hence the Congress party is being challenged in this Assembly seat, not really by the BSP but by the candidate Mayawati has given a ticket to. Shahbaz comes from a rich family of contractors, is one of four brothers and a sister, and has the wealth and the confidence to take on Akhilesh Singh in his home turf.

The first indication that he is in the fight again came from the locals who when spoken to kept referring to the BSP candidate as giving a “good fight.” How good, of course is unpredictable but he is working hard on the Muslim vote that is shifting, the Dalits who are consolidated behind Mayawati, the Brahmins who do not like Singh, and the other backwards and the sizeable number of Yadavs to support him and end Singh’s hegemony. 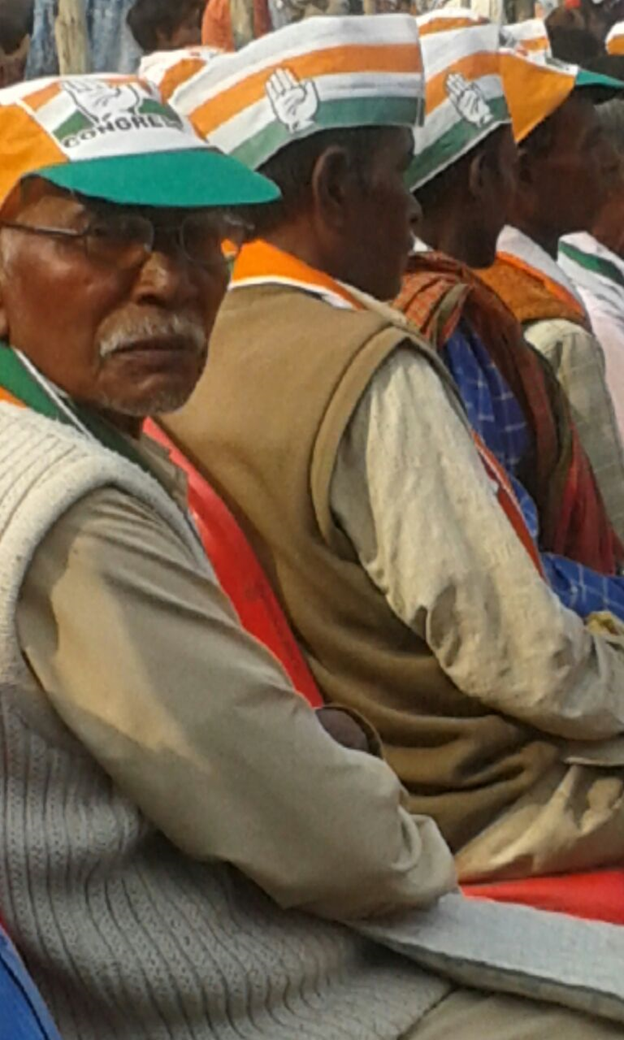 His brother Mohammad Shanawaz Khan, the eldest and clearly the political strategist, is fairly confident. Interestingly, he does admit that if the seat had gone to the Samajwadi party in the alliance, “we would have found it very difficult.” The BSP has fielded candidates before, but this is the first time according to the local people, that it has put up a person with the resources, and of a known background. Interestingly, this is also the first time ever in the history of this Assembly seat that a Muslim has been given a ticket by any party.

The BSP candidate thus is being heard from in Raebareli and focusing largely on the silent vote in the villages. The response has been encouraging, but in a don-controlled constituency like Raebareli, the results will really lie in the ability of the Khans to bring this vote into the polling booths.

The BJP is not heard of or from in Raebareli. It has a vote, and a few small shopkeepers defended the party by defending demonetisation. Most others were very upset with notebandi as it is popularly referred to, insisting that they had suffered huge losses, and as one of them said passionately, “we will ensure that this notebandi is turned into votebandi.”

Asked about the fast spreading rumour ---one that SP leader Akhilesh Yadav corroborates as well---that Mayawati will ally with the BJP after the elections, Shahnawaz Khan insists that this will not happen. Mayawati herself has been working to contradict this in all her recent meetings in UP by insisting that she will sit in the Opposition if she is defeated. This is to assure the voters, particularly the Muslims whom she is aggressively wooing in these polls, that she will not be with the BJP, win or lose.

To this of course the young CM in his meetings has wondered “why is she talking of sitting in the Opposition when four phases of the polls still remain, she has conceded defeat” even as he goes on to speak of the Rakhi Mayawati will tie on the BJPs wrist after the elections.

However, the fact that the candidate herself is weak, the Congress as popular or unpopular as before, and there is a certain vote that wants to get out of the Akhilesh Singh yoke, seems to have woken up the Raebareli voter to some extent. To what extent will be determined by the hustings, but as pointed out most constituencies in UP are seeing a hard battle on considerations that are missed by the casual visitor, who mistakes the main road for the villages.