Even As Kashmiri Doctors Respond to Attacks on Kashmiris Outside the State, Nomads Assaulted by Cow Rakshaks

SRINAGAR: The violence against Kashmiris continues outside the Valley, with now a nomadic tribe being assaulted by a mob of cow vigilantes as they were travelling with their cattle, goats, dogs, and belongings in the state. They were badly beaten including a 9 year old girl, a 10 year old boy is missing, with the so called rakshaks taking off with the livestock, leaving the family lying there battered with broken bones.

The video below details the full story of this attack:

Kashmiri students were beaten in Rajasthan, hoardings asking Kashmiris to get out of Uttar Pradesh came up in Meerut, all adding to an environment in which it is being made clear to the Kashmiris that there is ‘zero tolerance’ for them in the other states.This as all political parties, and the governments of course, insist that Jammu and Kashmir is an inaliemable part of India. But the opposition too does not lift a tiny finger to speak out on the issue, and pressure the government to start a political dialogue to bring down the levels of violence . 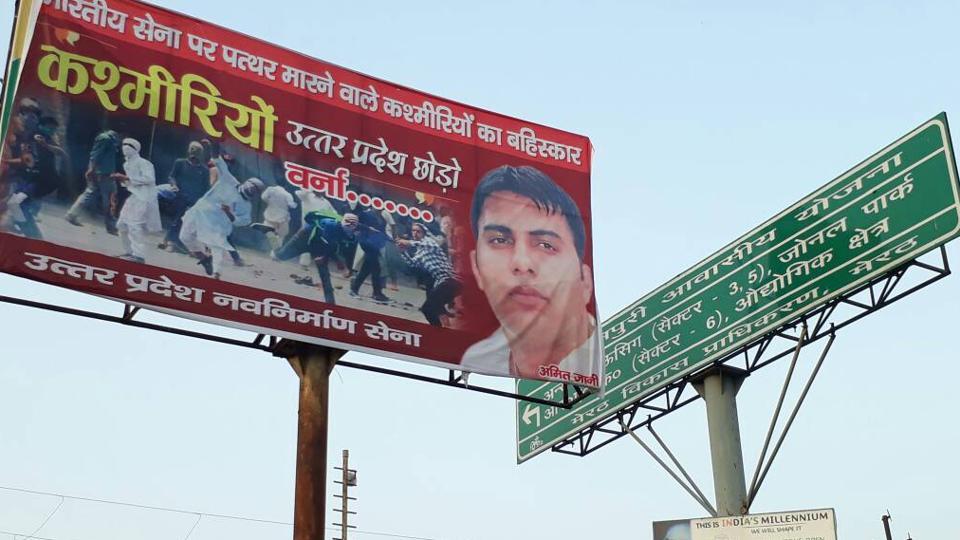 Responding to this young doctors in Kashmir, men and women, protested silently with hand written placards questioning this doube standard. 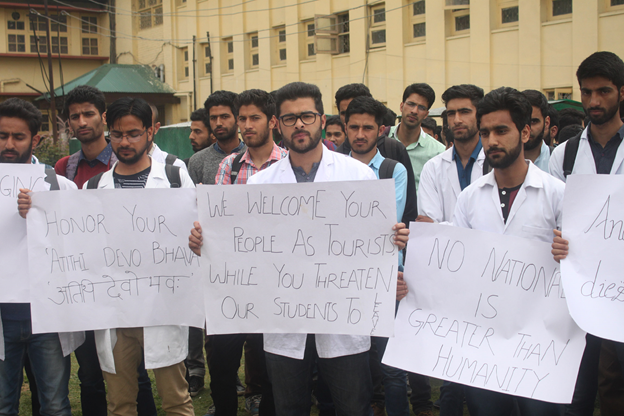 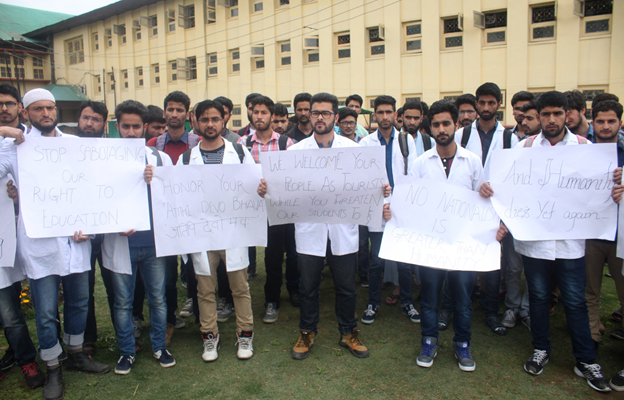 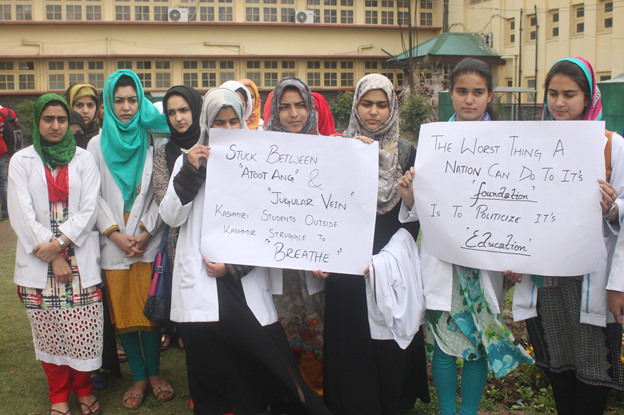