Lessons From The Riverbanks Of Flood Hit Assam

BARPETA (ASSAM): The annual flood has ravaged everything yet again – killing at least 84 people and affecting more than 1.7 million this time around.

But as they say, all is not lost. “The hope is still there. I’m happy that my daughter this year didn’t miss her classes due to the flood. That is a reason of happiness for my family,” Rahmat Ali, an inhabitant of sandbar or char called Tapajuli Pathar on the bank of Beki river in Barpeta district of Assam told The Citizen.

Students are amongst the worst sufferers during the flood as schools remain closed for more than a month, and in some areas even for two months.

But this time, these flood affected students got a new classroom during the flood in the form of a boat floating along the river bank. These students who live in the nearby char areas attend the boat class daily.

“We feel lucky not have missed our classes this year during the flood. Though we could not go to school due to flood for at least a month, we have a class here in the boat,” Anjuwara, a class IV student told The Citizen inside the boat class. 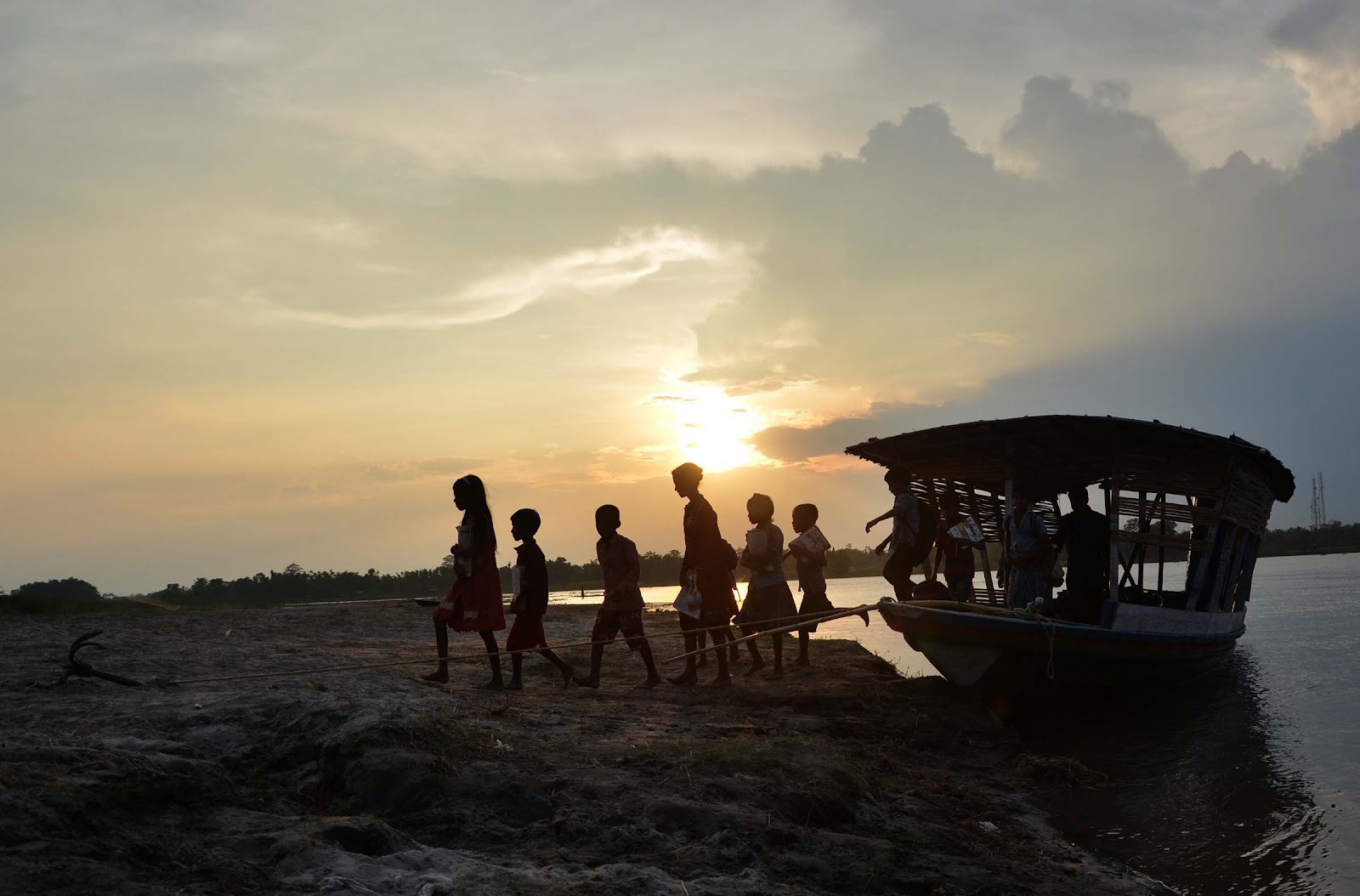 Though the flood water has receded and schools are re-opened, the classes continue to take place for these students daily on the boats.

“We have started it around six months back to help the students besides their regular classes in this locality where almost all the families are financially poor. And it was a great help during the flood as the schools were closed for more than a month,” Jahidul Baig, a teacher in the boat class said at Beki river, a tributary of river Brahmaputra.

The boat class is a concept initiated by Jhai Foundation, an NGO in the char areas to enhance education amongst the poor kids. Besides this boat, there are two other centres where they teach the kids of the nearby chars including Tapajuli Pather, Mazidbhita, 4 No Bhera and Balikuri.

Anjuwara, who has been attending the class on the boat, said that they have had a tough time during the flood and their houses had to be shifted due to erosion.

“My father is a carpenter. Every year we suffer a lot during the floods. We lost our properties and cattle,” added Anjuwara.

Another student Alabdin said that they enjoy the time on the boat as they get to learn several new topics. “We are taught with videos on laptop. These are very interesting and we want to continue coming here,” said Aladin, a student of class VI.

This year at least 84 people have died in flood which affected altogether more than 1.7 million people in 29 districts of the state.

At present at least 45 students are attending the boat classes. “We are poor people. Besides, we don’t have time to look after our kids’ study. But these youth have been of a great help in taking care of our kids,” said a father whose daughter attends the classes.