GUWAHATI: Azmal Haque, a 49 year old retired Indian Army officer, is proud to have served the nation for 30 years. But little did he know that he would face a day where his Indian citizenship would be challenged by the state.

Junior Commissioned Officer (JCO), a resident of Chhaygaon in Assam’s Kamrup district was served a notice by the Foreigners’ Tribunal to prove his citizenship. With the warning that if he is not able to he willl be sent to the detention camp for illegally residing in India.

The notice claimed that Haque had entered India after March 25 of 1971 without any papers. So he needs now to prove in the court that he is indeed an Indian citizen. 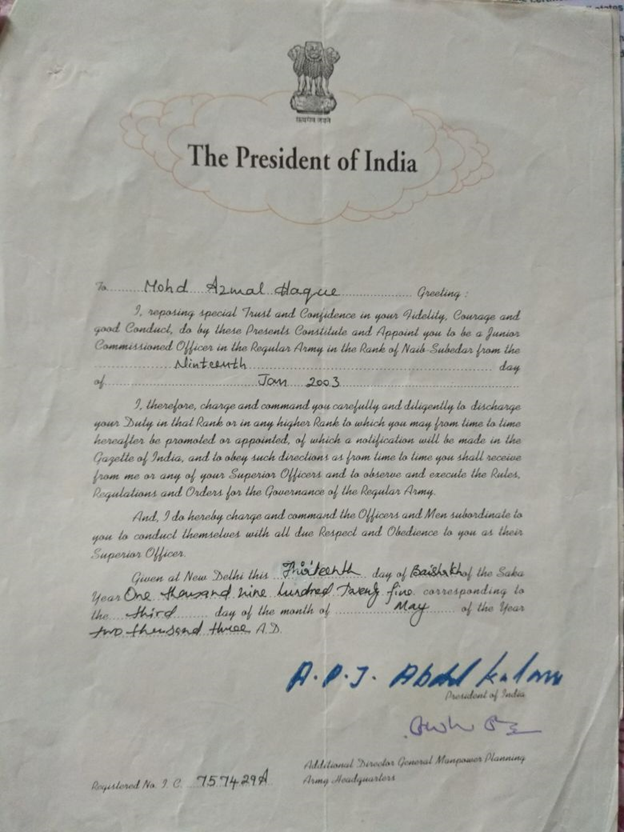 “This is shocking and humiliating. This is what I got after serving the nation for 30 years. We had pledged that the country comes first before anything else when we joined the forces and we take pride in that,” a sobbing Azmal Haque told The Citizen from his residence, some 70 kilomtre from the state capital Guwahati.

The notice was issued on July 6 this year.It was delivered late and he missed the first date of appearance on Septmember 11. As a result he now has to appear in the court on October 13. Co-incidentally he had joined the Army on the same date in 1986.

His elder son is studying at the Rashtriya Indian Military College (RIMC) and younger daughter is at Army school in Narengi, Guwahati. 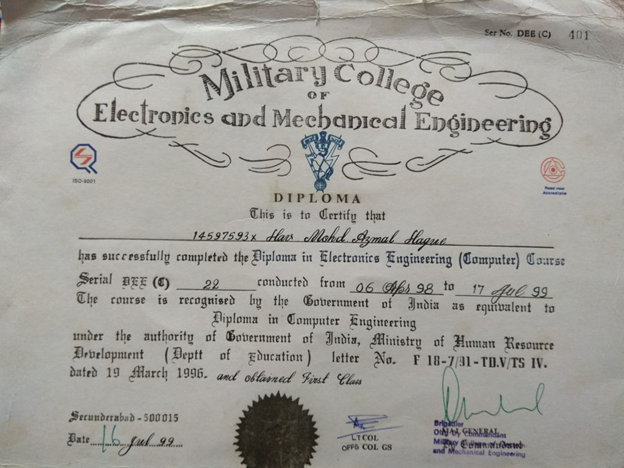 Before being promoted as an JOC in 2003 by then President APJ Abdul Kalam, Azmal had served in Secunderabad, Gurdaspur (Punjab), Kota (Rajasthan), Tawang (Arunachal Pradesh) and Meerut (UP) among others.

“During my posting at Gurdaspur, I have been to the Pakistan border on various assignments. I was posted in Meerut during the time of Kargil war,” he said. 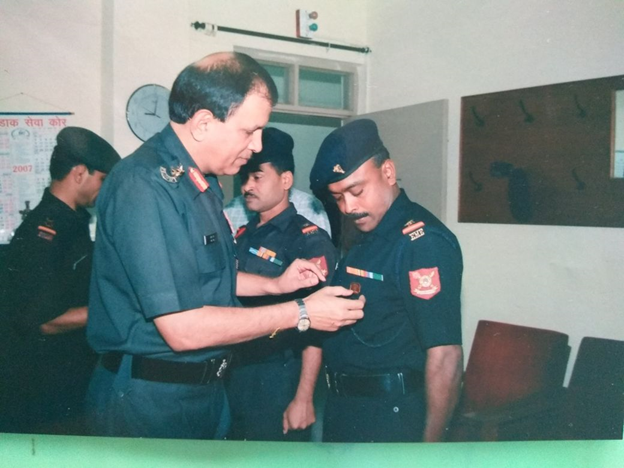 Before this, in 2012, his wife Mamataj Khanam was also served notice when Haque was posted in Chandigarh. “I had to take leave and come down to home to sort it out. This is nothing but harassment,” Haque said. He had joined the Army as a mechanical engineer.

This is not the solitary case, there are hundreds of others who have been served notice in spite of having valid papers. Earlier this year, Abu Taher Ahmed, a constable at South Salamara Police station in western Assam was also served an illegal citizen notice.

According to the government data there are altogether 1,41,733 doubtful voters present in Assam. An official document published by Assam government in October, 2012 says that more than 92 percent of the resolved cases of ‘D’ Voters have been declared as genuine Indian nationals.

Lawyer Aman Wadud said that it’s the modus operandi of Assam police. “Without any investigation whatsoever, Indian citizens are being accused to be illegal immigrants,” said Wadud. – ends