NEW DELHI: Peasant rights activist Akhil Gogoi has been arrested on charges of sedition for allegedly instigating people in a public speech to take up arms against the government, and 121 other charges at a rally held in Dibrugarh on the 12th of September.

This is not the first time that Gogoi has been in prison. On October 2, last year, Gogoi was arrested at the KMSS headquarters in Guwahati and released after 78 days of imprisonment.

News about Gogoi's rearrest led to protests in different parts of Assam and Delhi. In New Delhi, the number of protesters were relatively fewer than the police force that was already assembled at the demonstration site. These policewomen/men and CRPF were authorised to employ tools of repression - water cannons and batons, to name a few.

Support for the protests came from numerous student unions and social initiative groups and prominent social activists like Krishna Prasad (AIKS), Bhupendra Rawat (NMFPA) and Dr. Sunilam. The protesters submitted a memorandum to the Assam government that was received by Assistant Resident Commissioner, Ajay Shukla at Assam Bhawan. 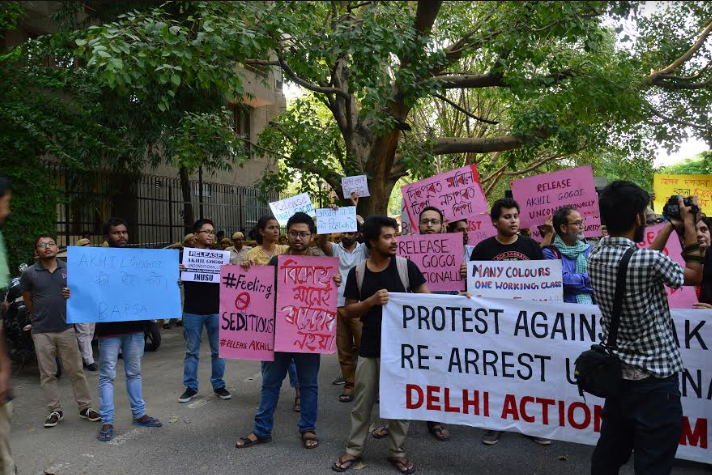 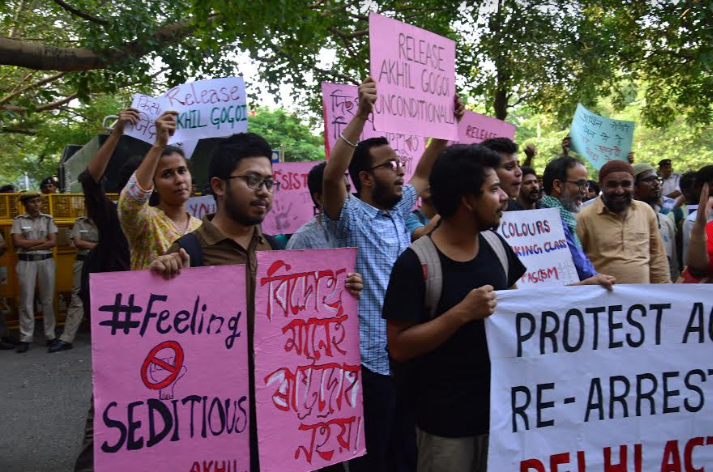 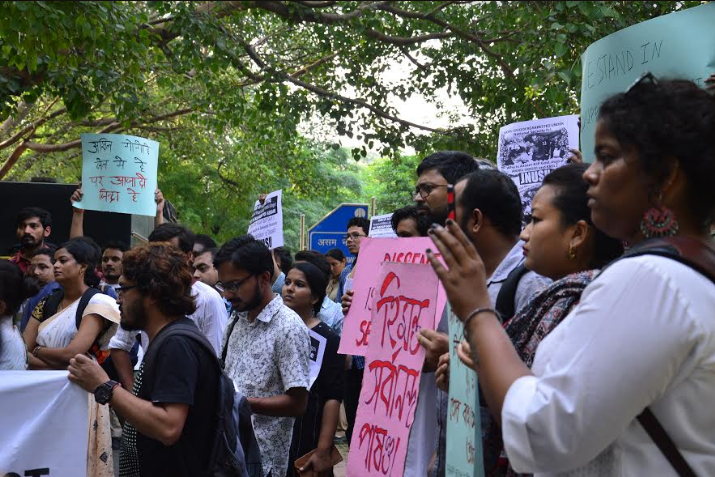