The Jammu and Kashmir Police has no clue as to who is responsible. There have been no arrests even though more than 100 braid chopping incidents have been reported in Jammu and Kashmir. Women in particular now feel very insecure and unsafe in the Valley, are scared of going out alone.

Kashmir reported its first braid chopping in September, about a month after Jammu had reported several similar incidents. It started from South Kashmir where more than 18 cases of braid chopping have been reported so far.

One such incident happened in central Kashmir just outside the Central University of Kashmir caught 25 year old Nazima by surprise in her house when out of the blue, 2 masked men arrived in her kitchen where she was doing her household chores. She was terrified and asked them not to use the spray which they allegedly used to make the victim unconscious. Nazima said, “I pleaded them not to use the spray as I was not well being a heart patient, there were two of them wearing black masks, one remained on guard at the door other one chopped of my hair". 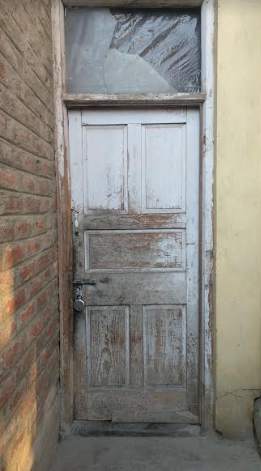 Her husband, Mohammad Ibrahim wasn't home at the time of the incident as he had gone to drop their daughter to the school in the morning. According to the victim they were not locals they spoke in Hindi. Soon after the news of braid chopping spread across the area, the locals came out on roads to protest.

Mohammad Ibrahim is the sole owner in his family who lives hand to mouth. “I am not able to do my routine work as I am afraid something might happen again, I don’t know whether I should work or stay with my family,”he said.

This incident has left a deep scar on Nazima not just physically but mentally also. She went to her maternal home right after the incident; she was in a trauma and had to visit a doctor. They live in a rented house at Nowgam, Srinagar. After the incident the family has shifted to their native village just to get a respite from the trauma.

Experts and doctors say that these victims are more prone to depression as such incidents leave a deep scar on them mentally.

“In a conflict zone where people are already stressed these things add more to the anxiety levels of women. When somebody is exposed to such an unfortunate incident, they obviously become traumatized. It is hard for a victim to forget what happened to them and they are not able to perform daily activities. The government has failed to handle this situation, they should have involved professionals and psychiatrists to tackle this situation, they are doing the opposite and all this has created more fear among the people.” said a senior psychiatrist working at Government Medical College (GMC) who wanted to remain anonymous.

“We are not safe in our own homes now, where should we go now?” asked a Wazeera, a relative of Nazima.

Alarmed by the number of incidents people stopping going for morning walks in many areas. In rural areas, women and young girls have stopped going to the fields to harvest paddy crops. The fear is such that people have even started locking their entrance gates.

Many are expressing their fear on social media.

As there have been many unsuccessful attempts reported from various areas. To keep a check on such incidents locals in various have formed a Vigilante groups armed with axes and rods try to keep a check on such attacks. If any suspect is seen, announcements are made on loud speakers of local mosques to be alert.

On October 6, A 70-year-old man was killed by a vigilante mob on Friday in Jammu and Kashmir’s Anantnag district after he was mistaken for a braid chopper, police said.

These incidents have sparked protest all over the Valley. In many instances the police had to use tear gas shells to disperse protesters. Separatists had called for a shutdown on October 9. The united Hurriyat camp has postponed the proposed rally at TRC grounds in Srinagar to October 14 in view of the braid-chopping scare in Kashmir Valley. They asked the students to protest on October 12-13 respectively. Educational institutions were shut down but the students registered their protest.

Separatist leaders, militants and many others allege a 'conspiracy’ by security agencies and the RSS.

On Oct 2, Riyaz Naikoo, operational commander of the militant group Hizbul Mujahedeen, released an audio statement saying the chopping of women’s braids was aimed at “weakening” the separatist movement in the valley.

IGP, Munir Khan told the media that we are looking at these cases closely, we are also looking at cases which were reported from UP and other areas. Khan claimed that all the suspects detained so far turned out to be innocent and had no connection with braid-chopping. Investigation is going on and we will soon nab the perpetrators soon ”

In the wake of the spike in the incidents, the J&K police on 1 October, doubled the cash reward to Rs 6 lakh for credible information to nab people behind braid incidents.

(Note: Mobile internet was also banned in some areas and on October 6, Friday internet was blocked in entire Kashmir).