SRINAGAR: Neelam, Broadway, Palladium, Regal, Amrish, Khayam and Nishat are some names that have faded into the memory of the residents of Kashmir Valley. They were all names of Cinema Halls that closed down in the 1990.

Today’s Kashmiri youth knows them as security camps, hotels and in one instance, a hospital. That lost culture of going for movies in the Valley is now seeing a slight ray of hope in the form of the on-going Kashmir World Film Festival (KWFF).

The first edition of the KWFF was in July, 2017, why then are we having its second edition within the same year? Are not film festivals an annual event? The question brings a smile to the face of Festival Director, Mushtaaque Ali Ahmad Khan.

“With no movies being screened in Kashmir for nearly three decades, Kashmir has fallen much behind the world when it comes to Cinema. That is why two festivals in a year. We have a great deal of catching up to do,” he says. Khan was happy with the positive response of the first edition of the film festival, and the second he says is going even better.

Saeed Akhtar Mirza, eminent filmmaker and one of the guests at the festival says, “There is a need to understand the pain of the Kashmiri people. In the present context it is very important that local stories also come out. Cinema can help substantively in this direction.” Those stories are a long time coming.

After the summer of 1989, under the threat of militancy, all 19 cinema halls in Kashmir Valley (such as in Sopore, Anantnag and Baramulla), out of which a total of 9 were in Srinagar closed down. In the late nineties three of them (Neelam, Broadway and Regal) were reopened, but they did not last too long. Neelam was the last to close down.

Though old timers may get nostalgic about Cinema halls, a whole generation has come up in the Valley which has never known the experience of watching a movie on the big screen. Despite this the love for cinema has never diminished. Post 1990, the experience of watching cinema in the valley went indoors. First using rented Video tapes on VCDs and now using pirated CDs or through internet downloading. 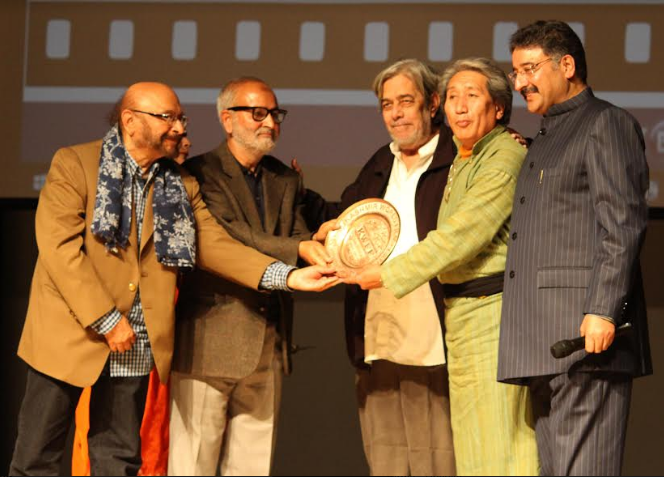 Shantiveer Kaul, a retired officer from Doordarshan, who grew up watching movies in cinema halls in Srinagar, is now a resident of Gurgaon. Says he, “I go to Kashmir almost every year. I feel really sad seeing all the closed cinema theatres. Watching movies was a family outing in Kashmir. As a child I watched many movies with my family. Palledium, Regal and Amrish were very popular cinema halls located in central Srinagar. As I grew and started watching movies with friends our patronage shifted mainly to Broadway, where mostly English movies ran.”

He is happy with this attempt to revive Cinema. “There have been past attempts to revive cinema culture using the film festivals as a medium. I recall a similar attempt some eight years ago when a film fest with the name Harud was planned. But it never materialised. I hope this new attempt succeeds as the people of Kashmir are fed up staying indoors. They will definitely welcome this positive change,” Kaul said,

After nearly three decades, people in the Valley are again talking movies. People have been coming to the festival, specially the youth, as this is a novelty for them.

The festival opened with the screening of a 1964 produced Black and White movie in Kashmiri called Mainz Raat. It was a standard family drama with a love triangle. The auditorium with a seating capacity of 500 was full.

Poet and scientist, Gauhar Raza another invitee to the festival is also impressed. “I am impressed by the enthusiasm among the youth. For the first movie screening, almost 80 percent of the audience was made of youth. The early morning workshop on cinema conducted by Govind Nihalani, was also brimming with local youth. Youth,” he said.

Narendra Mohan, a noted writer and playwright, is one of the eminent people invited to the festival. He was there for the first edition of the festival too. “I loved the enthusiasm I saw in the organisers for making the festival a success and in the youngsters, for the Cinema. This time round it is much better organised and is bigger. I must say it is going in the right direction, also it is a much-needed thing in today’s time,” he said.

The chief guest on the opening day was Naeem Akhtar, Minister for Public Works. Besides the minister, many Bollywood celebrities were present during the festival including Rajit Kapur, Muzzamil Ibrahim, Saeed Akhtar Mirza, Govind Nihalani, Rahat Kazmi, Talat Rekhi, Anwar Jamal and others.

According to the organizers of the event, around 25 films will be screened in the festival.

(Cover Photograph: The present condition of Neelam cinema theatre that closed down in the 1990's)