SHANGUS, ANANTNAG: A pall of gloom fell on the restive village of Brari angan village in Shangas Anantnag when the news of killing of a local policeman reached the village. 28-years-old Babar Ahmad Khan was killed in a militant attack in SMHS hospital Srinagar on 6 February. He along with two other cops was escorting an LET militant prisoner to the hospital for a medical check-up. As soon as they reached the hospital premises, militants opened fire on them resulting in the death of two cops including Khan.

Approximately twenty kilometers from the Islamabad town of Anantnag district, Brari angan is a calm and pristine village located at the base of a mountain. A bumpy road slithering through mud houses leads to Khan’s single story house. A man in his early fifties, probably a relative, showed me to a room full of mourners. There were sunken faces and teary eyes all around. In a corner, reclining against a TV sat Babar Khan’s old father, without a slight hint of tears in his eyes. 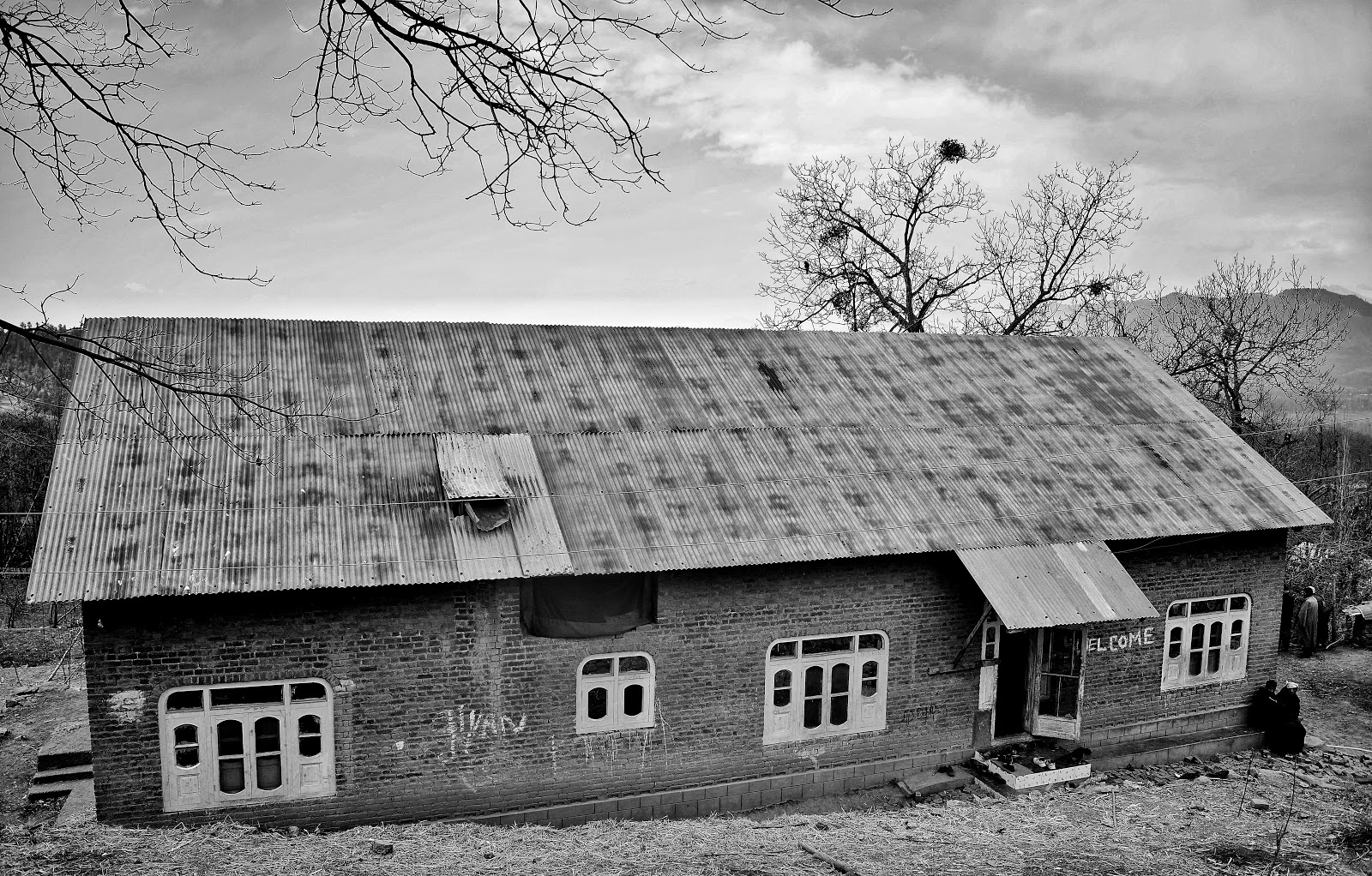 Muneer Ahmad Khan, Babar’s elder brother almost melting in a corner said, “Babar called me in the evening of 4 February and told me that he is coming home tomorrow. I never thought that a slight change in his schedule would land him in a deathtrap.”

The family sees a security lapse which according to them is most likely a deliberate and planned one. The thought of a betrayal from close quarters is bugging them the most. It has been three days since khan was killed but not a single Government representative or a police official has visited the family yet. 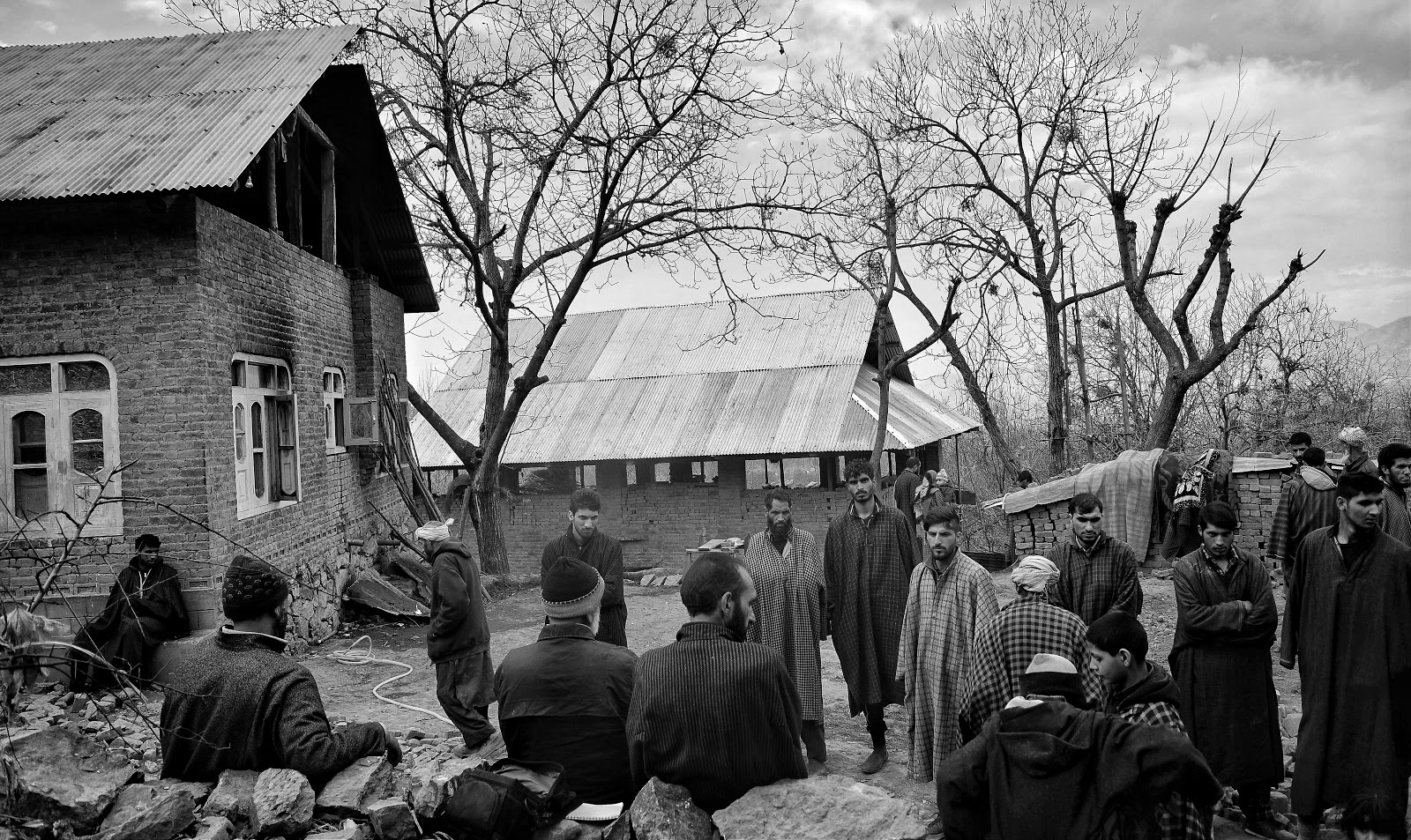 (Mourners gather at the residence)

“How did the attackers know about the police schedule of taking the militant to hospital? On top of everything, why didn’t the officials let them carry weapons? We need the authorities to answer these questions. It won’t bring our son back but we want to know the truth.” a relative said.

Babar Khan is survived by a young wife Shakeela and two infant daughters; 2-year-old Saaiqa Jan and 3-year-old Aasiya Jan. The infants are totally oblivious to the tragedy that has befallen them. 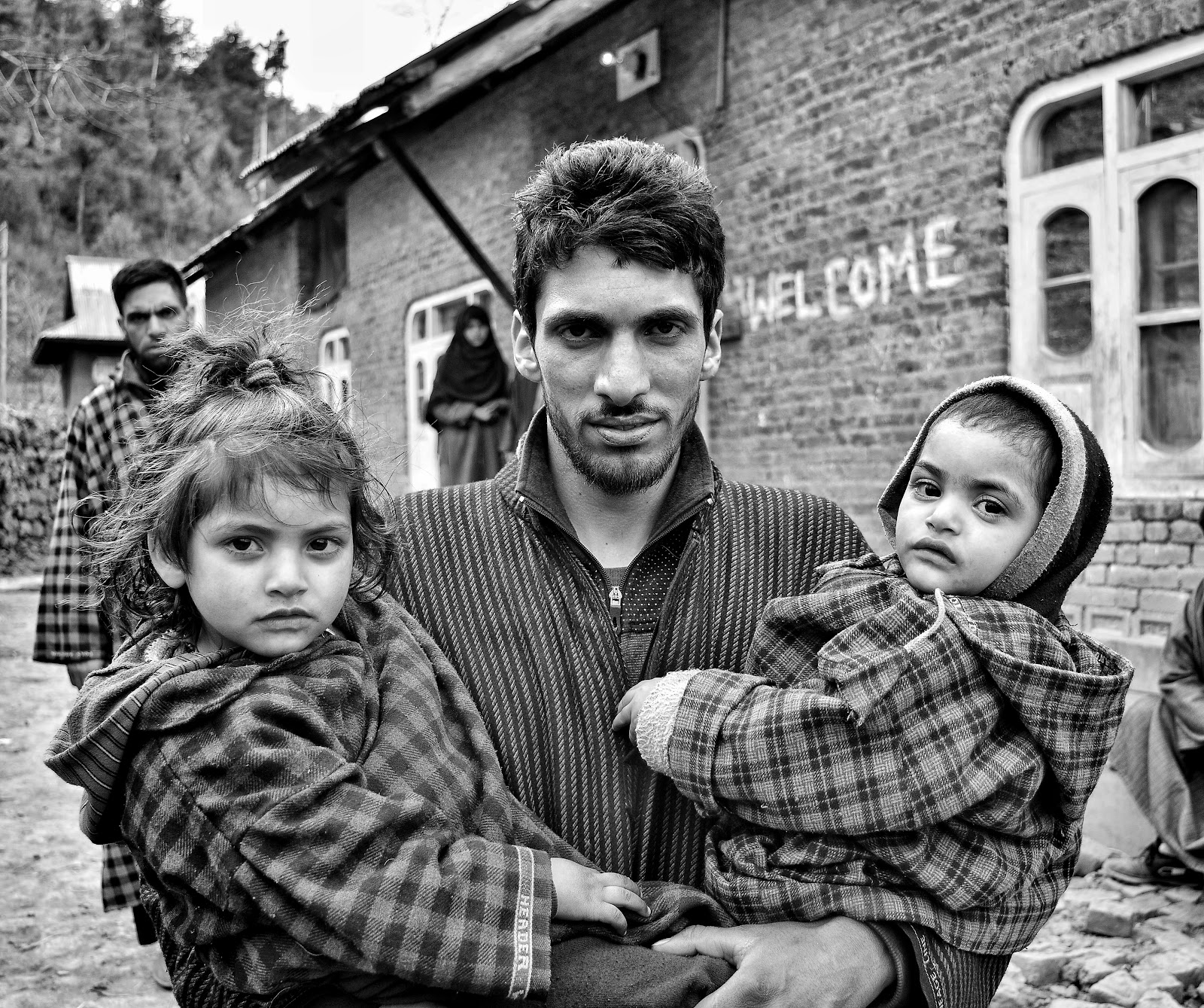 “After every two days, Babar would call his wife and talk to his daughters and listen to their gibberish for hours on a stretch. They are probably waiting for the two day break to end. Now who will tell them that the call is never coming!” Babar’s brother-in-law said as tears welled up in his eyes.

(Photos and text by AAQIB HYDER)