Pall of Fear Engulfs Rohingya Camps in Jammu: 'Where Will We Go, What Can We Do'

Media in front of campaign for their deportation

JAMMU: Imagine your country is at war, you are being forced to leave it, you have to leave your home where you have been grown up, your family members, relatives, friend and other near and dear ones were killed in front of you and somehow you managed to enter another country just to be alive. But the people of the country don’t welcome you, you are being abused and humiliated. They play different tricks to kick you out of their country. How would you feel?

These were the questions posed by 48 year old Rohingya refugee Mohammad Saleem of Pangi, Myanmar. Saleem along with his wife and three children is presently living in a makeshift shanty in the Narwal area of Jammu. He came to India in 2009, fleeing from persecution that was rampant even then but had not assumed a genocidal form.

As I knocked on his door, basically three pieces of wood knocked together, at about 6am I could see Saleem and his wife in a panic through a crack in the door. They got up but were looking at each other in terror, not sure whether they should open the door. 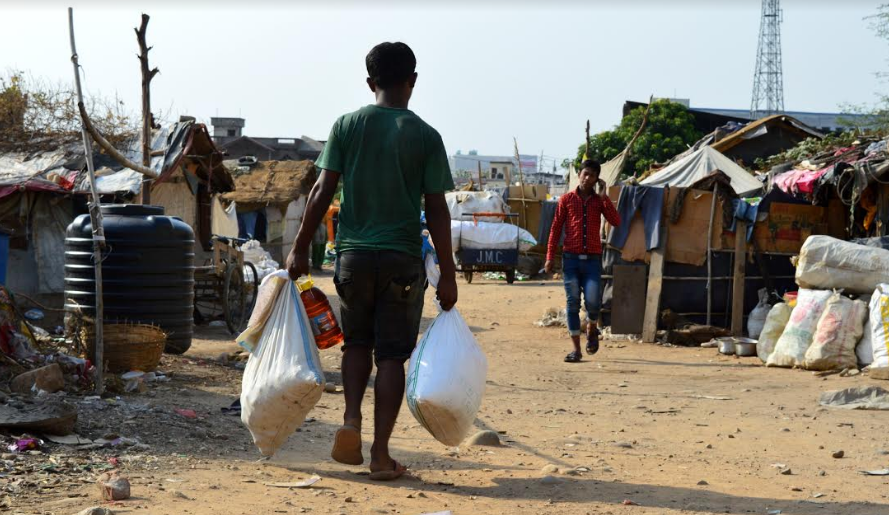 Life was fairly calm for the five-member family until February 10 when a group of 4 heavily armed militants stormed a military station in the nearby Sunjwan area of Jammu. The militants managed to enter the camp with the encounter lasting two days. The firefight killed 10 people including the four militants.

“Some people tried to set ablaze some of our tents that night, they accused us of being involved in the army camp attack, we were very frightened although police reached on time and foiled their attempt,” Saleem said now fearful for his and his family’s safety. who is still frightened by the incident.

Fear has gripped the Rohingya refugees in Jammu since the day of the attack.

As the encounter was still underway, the right wing parties and some local media channels without any official confirmation started blaming the Rohingya refugees for the security breach at Jammu, insisting they were responsible for the attack as has been the larger propaganda against them now in India. 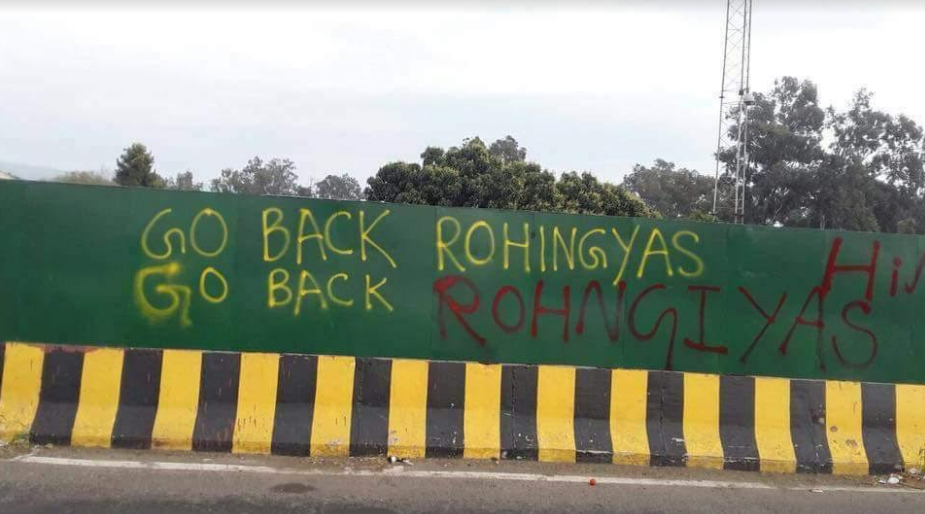 "There are complaints about them. In a way the government has also accepted that the number of Rohingya and Bangladeshis is increasing and that they pose a security threat," he told the media on the morning of February 10.

Gupta’s blaming Rohingya for the attack sparked an uproar in the state Assembly. He had to take back his remarks by expunging them after he was cornered by the opposition members.

Another BJP leader, Ravinder Raina, was also quoted by the media insisting they be deported by the government.

"There have been warnings from intelligence agencies that Rohingya could potentially be exploited by terror groups in Pakistan. We demand their immediate deportation," he told reporters.

Hate graffiti written on walls which reads “don’t save Rohingyas” “Rohingyas go back” have surfaced in different places in Jammu.

Saleem believes that they are being targeted because of their religion.

“West Pakistan refugees who are Hindus by religion also live here but they were never told to leave Jammu, why are we being targeted by political parties as well as thel? Is it because we are Muslims and so they hate us? Saleem asked.

Mohammad Rafiq,48, said that the media just started propagating this without any evidence.

“Show us the evidence about our involvement in the attack? Do they have any proof? We know they are doing it to deport us from here but I want to tell them we are just here to live, we are not terrorists and will never go against the country that has given us space and food to live,” Rafiq said.

“After the Sunjwan attack right-wing parties tried to set ablaze the tents but we were saved by J&K Police. But fear is still in our hearts that they might come again in large numbers and where will we go along with our children.” asked another refugee Mohammad Zubair voicing the fear that has gripped everyone here.

Rohingya being a “security threat” was initially supported by the BJP unit of Jammu and Kashmir. The Regional Jammu Kashmir National Panthers Party later joined the cause and is till date holding demonstrations for their deportation.

At the same time, JKNPP said Rohingya were a threat to the demography of Jammu, which is a Hindu-majority region. In February, the party set up billboards across the area calling for Rohingya and Bangladeshi refugees to leave the city.

At a press conference on April 7 last year, Rakesh Gupta, the president of the Jammu Chamber of Commerce and Industry, declared that the Rohingya refugees were “criminals”. He threatened to launch an “identify and kill movement” if the government did not deport the refugees.

After a month of the militant attack some sections of Jammu based media seem to have launched a special campaign to deport the Rohingyas from Jammu.

The state houses 1,219 Rohingya families comprising a total of 5,107 people, according to official records.

Most live in makeshift shanties on roadsides and eke out a living as daily labourers or collecting scrap.

“No official from the security agencies had raised any finger at us , not even the Chief Minister, but now some communal forces are hell bent on kicking us out from here, “ Abdul Salam living on the edge of poverty said.

According to a Médecins Sans Frontières survey conducted in 2017, almost two-thirds of Rohingya refugees interviewed were fearful of returning to Myanmar in the foreseeable future. Likewise, the International Rescue Committee showed in a recent survey that few refugees were willing to return to Myanmar, given the absence of guarantees that living conditions for them will improve in their homeland.

A senior police official from Jammu who is investigating the case said on condition of anonymity, “We are looking into all angles, but can’t say whether Rohingya Muslims were involved in the attack or not as the investigation is going on.”

In January, Chief Minister Mehbooba Mufti told the state assembly that the Rohingya are being kept under “strict surveillance” and “no instance of radicalising” has been reported so far. However, sections of the media and right-wing parties have not been deterred and continue their campaign against the refugees.

Since August 2017, hundreds of thousands of Rohingya Muslims have been forced to flee from Myanmar to neighboring Bangladesh due to widespread persecution.

A large number of these refugees fled to India after violence erupted in the Rakhine state of Burma in 2012. At least 40,000 Rohingya Muslims are estimated to live in the Indian states of Telangana, Haryana, Uttar Pradesh, Delhi, Rajasthan, and Jammu and Kashmir.

(Auqib Javeed is a Srinagar based Journalist)