Batti: A Man and A Mission

The Batti project in Arunachal Pradesh

ITANAGAR: Almost two-and-a half years ago, when members of The Batti Project were successful in lighting up over 250 homes across 23 villages in eastern Arunachal Pradesh distributing solar home lighting systems, they set themselves a new goal to take their work to the western part of the state. While they realised that they had a difficult task ahead, the thrill of spreading their work far outweighed the challenges.

Coutinho, who grew up in places like Mumbai, Mangalore and Bengaluru before a motorcycle road-trip in 2010 brought him to Arunachal Pradesh and the north-east region, has spent much of his last few years trying to find ways to make rural life here more ‘bright’.

Apart from rural electrification, Coutinho and his friends from Bengaluru have also been involved in conducting awareness campaigns on better waste management systems.

After the success of their first electrification project, they turned their sights to East Kameng district on the western part of the state on the invitation of Vijay Sonam, a local politician who also runs the Arunachal Pradesh Society for Education and Development. 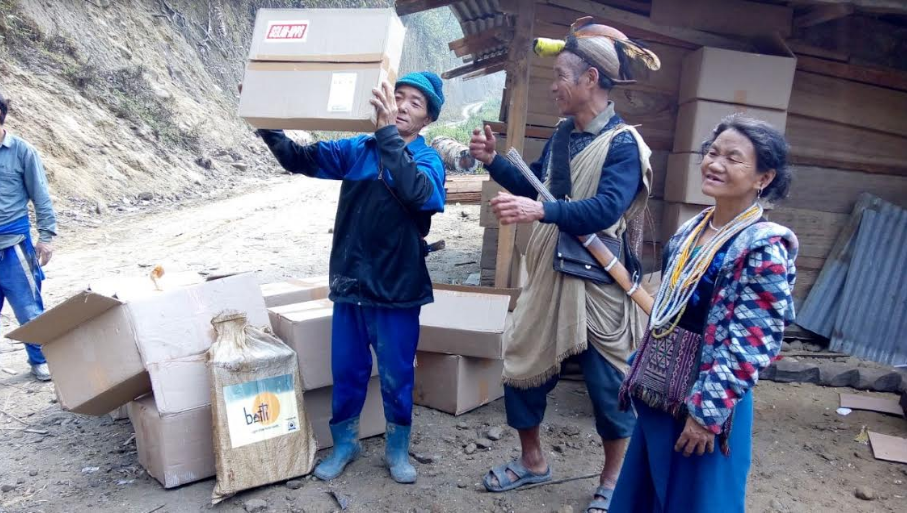 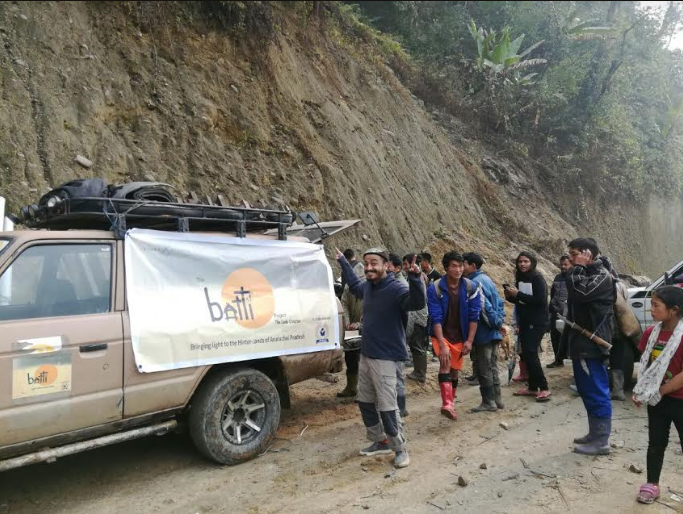 Coutinho informed that the survey for their East Kameng project was conducted two years back and much of the funding came from last year’s ‘Ride to Light: Mishmi Hills Challenge’ cycling expedition. The Batti Project organised one more ‘Ride to Light’ expedition earlier this year.

For the East Kameng project, a team of six people including Coutinho and a local guide, walked for a week from February 11 to 16, covering a total of 90 kilometres across ten villages in Lada administrative circle. Their first pit stop was Chete village, located around 260 km from the capital, Itanagar. From there, the team trekked up and down an unforgiving terrain for the next seven days, handing out 86 solar home lighting units. Along the way, they chanced upon some ground realities.

For one, the state government’s claims that the state is now 100 percent Open Defecation Free (ODF) in line with the Centre’s Swachh Bharat Mission, may not necessarily be entirely 100 percent true.

While the state government did declare that Arunachal Pradesh was ODF, officials have said that the declaration was made because the government met the requisite benchmarks of constructing a certain number of individual household toilets across the state. Turns out, as The Batti Project team found out, there are still several villages where open defecation is still in practice in the absence of functional concrete toilets.

As the six members of the team reached their last destination, Besai near the Sino-India border, they stumbled upon a little known fact. 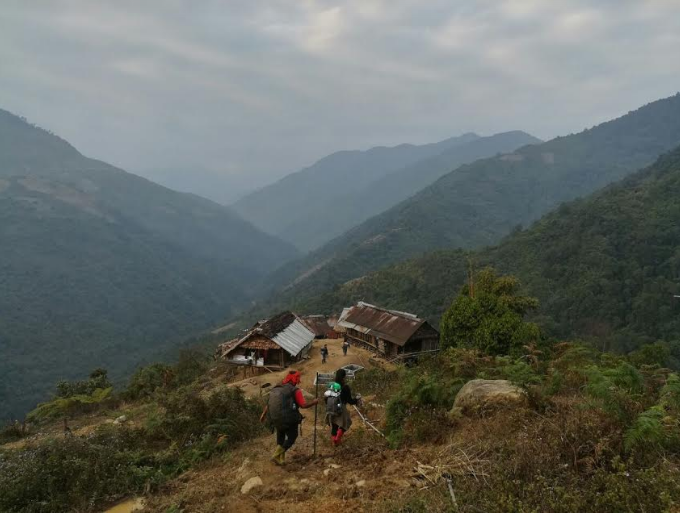 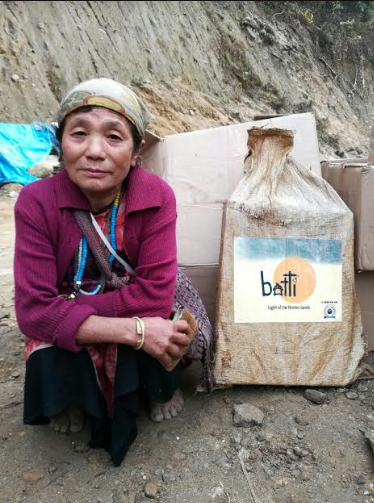 Besai is home to the ethnic Miji/Sajalong people. Around 35 years ago, an outbreak of a disease that Coutinho suspects was bloody diarrhoea, led to residents fleeing their homes and settling in nearby villages. It was only three years back that they began to return home.

Currently there are 18 families living in 15 houses in Besai. The gaon burrah (akin to a village headman) told Coutinho that he plans to build 47 more houses there.

Learning about the people and the places that the electrification project takes him is something that Coutinho enjoys. However, he also wants to expand the scope of The Batti Project’s work from solar units to other power sources including pico, micro and mini hydro projects that have a longer shelf life for villages that are off-grid, i.e. not connected to any power distribution network.

He also said that he does not want to get in the way the government’s plans where it is already working to light up villages through solar units. 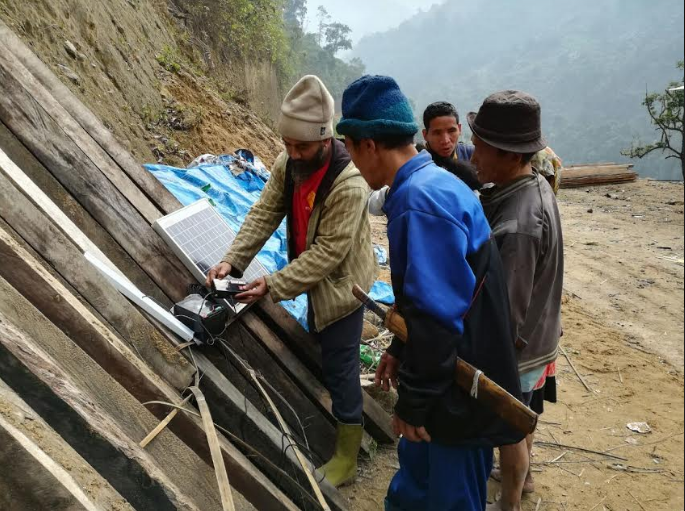 Currently, under the Centre’s Deendayal Upadhyaya Gram Jyoti Yojana (DDUGJY) there are a total of 3,957 villages in the state that are under its rural electrification projects. Under the DDUGJY’s Decentralized Distributed Generation scheme that is aimed at villages not connected to the power grid, some 16,582 homes in 1,176 villages will be covered at a cost of over Rs 15,931 lakh.