Bloody Friday of Ramzan: 70 Injured In and Outside Srinagar Mosque

SRINAGAR: Two police officers among nearly seventy persons suffered injuries in clashes that erupted outside the historic Jamia Masjid in downtown Srinagar and culminated with bloodshed in the mosque itself.

Worshippers at the mosque alleged that the police and paramilitary forces fired pellets and teargas shells inside the prayer hall of the mosque located in Nowhatta locality where forces are deployed every Friday to deal with law and order situations.

Witnesses and police sources said a group of youngsters indulged in sloganeering outside the mosque soon after the Friday prayers concluded. When police tried to catch them, the unknown protesters, many of them masked, started pelting stones. 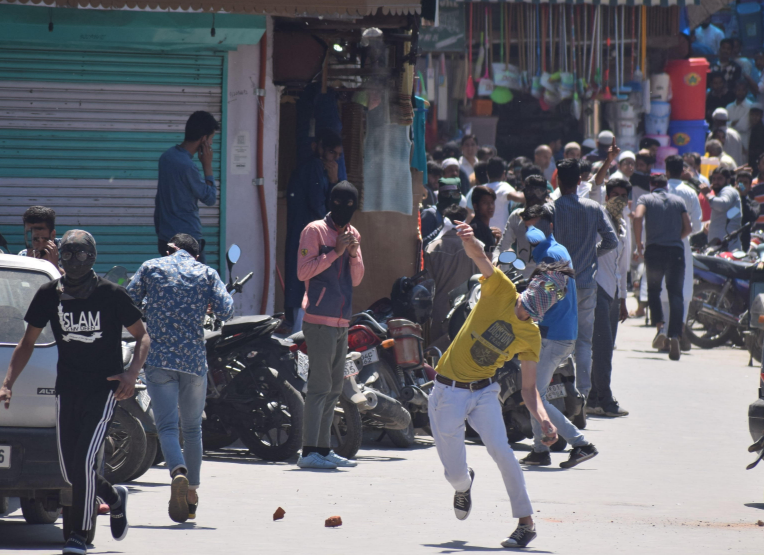 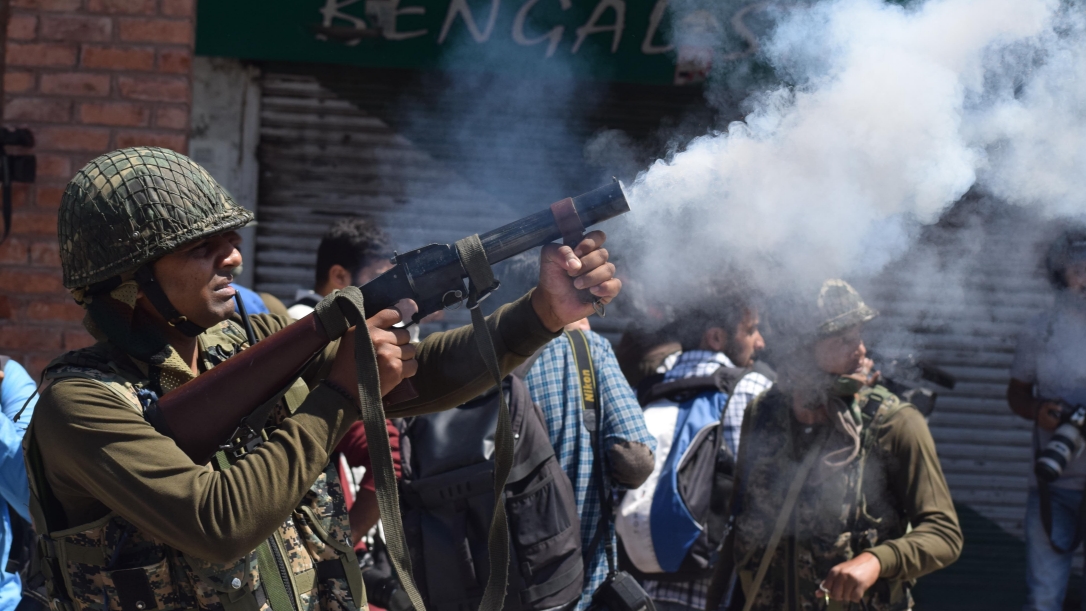 “During stone pelting dozens of CRPF/police personnel including SDPO Khanyar, SHO Nowhatta got injured. One of the CRPF personnel namely HC JD Gurcharan Singh F/28 suffered grievous head injury. Then miscreants about 700 to 800 in number assembled near the main gate of Jamia Masjid and again started heavy stone pelting on the security forces,” a J&K police spokesman said this evening.

Witnesses said the protesters ran towards the mosque as clashes intensified in the area with forces chasing them right into the thousands of worshippers who had come from different parts of the Valley to offer the second Friday prayers of Ramazan at the historic mosque. “Several civilians injured after police fire pellets inside Jamia Masjid premises from main gate. I saw atleast 5 people with pellets in eyes. #Kashmir protests and shelling intensifies. Locked inside Jamia,” Mohammad Rafi, a Srinagar-based journalist, who offered prayers at the mosque wrote on Facebook.

Witnesses said the pellet fire resulted in eye injuries to at least ten persons, “The floor of the prayer hall was bloodied due to shelling by forces,” sources said. 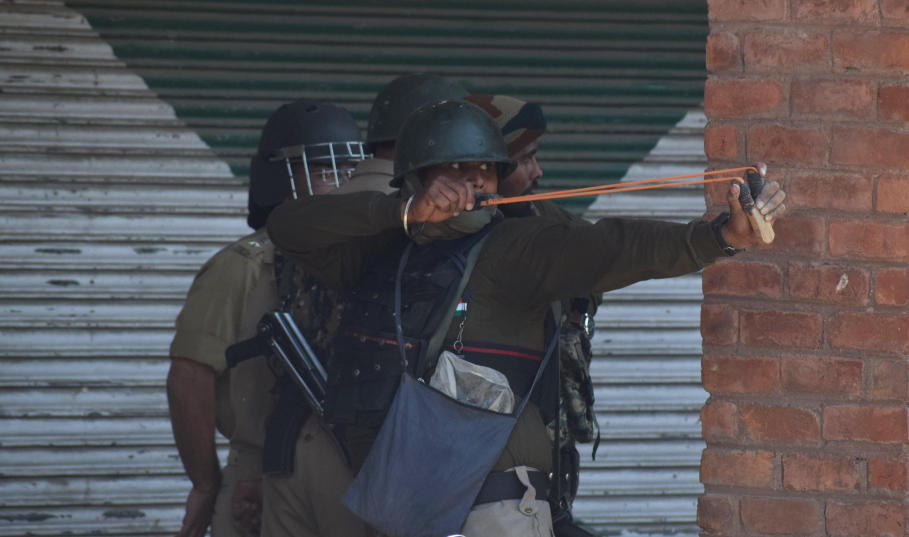 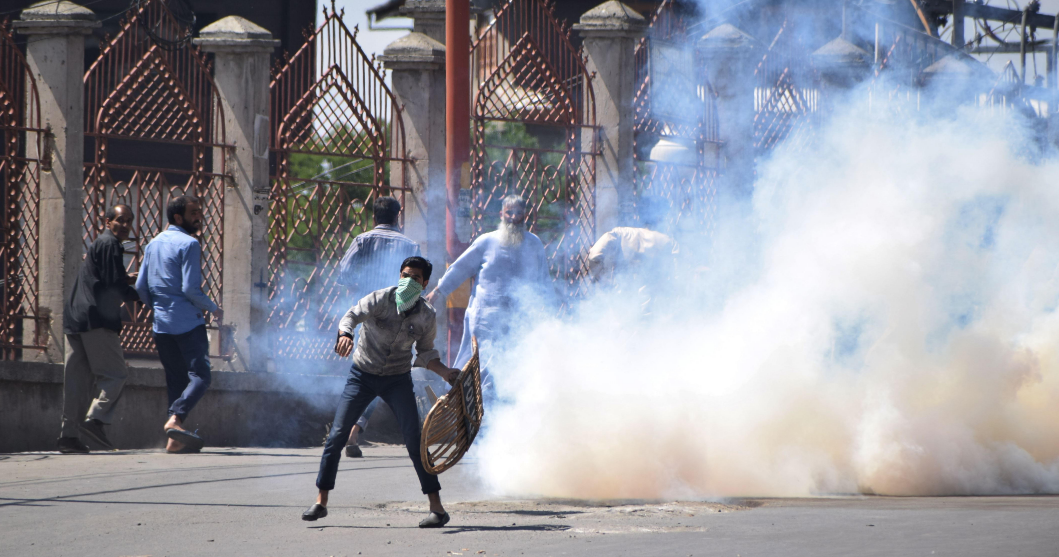 Moderate Hurriyat chief Mirwaiz Umar Farooq blamed the forces for the highhandedness, “Heavy deployment of Govt forces around #JamaMasjid even in this holy month leading to tension & agitation.Dozens of civilians injured after forces resorted to pellet &tear gas shelling!large number of people unable to come out of the mosque.Condemn the deployment and forces action,” he said on Twitter. 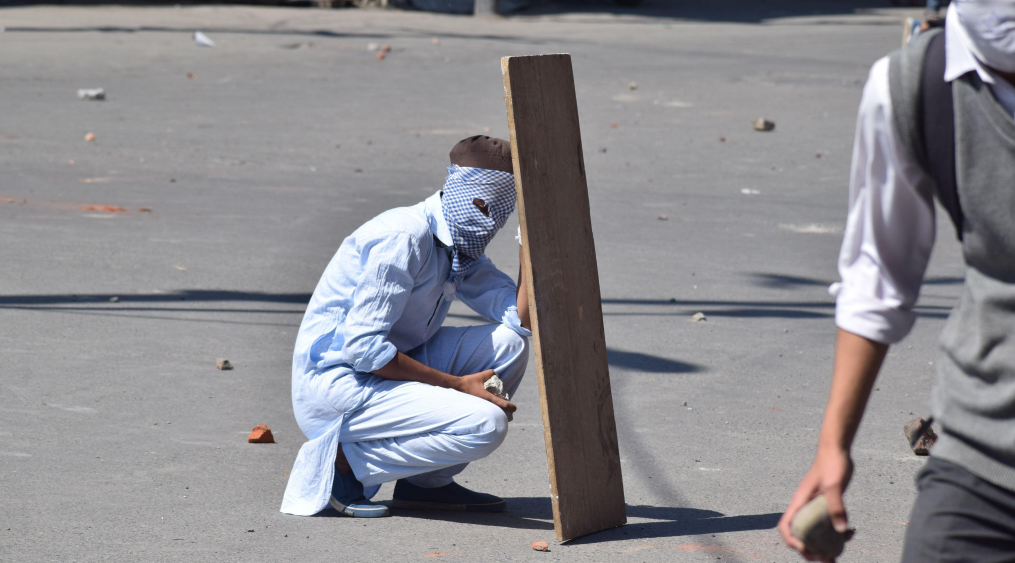 Reacting to Mirwaiz, J&K police chief SP Vaid said police will “try to respond positively to the remark of Mirwaiz.“Keeping in view the past experiences it is though very difficult to act on the suggestions like the one proposed by Mirwaiz but even then I will ask SSP Srinagar to keep in view the suggestion of Mirwaiz in taking the decisions on deploying forces in Jamia Masjid area on the eve of weekly Friday prayers in the afternoon. It is easy to say than to act in dealing with violent situations,” Vaid told a local news agency.