In Photos: The Kathua Rape Brought The Bakarwals Into The Headlines, But Who Are They?

As the Kathua rape trial begins in Pathankot, we look at the harsh lives of the Bakarwal tribe

The Bakarwal tribe was in the headlines recently, after news emerged that a eight year old girl from the community was gangraped and murdered in Kathua. The horrific incident exposed, yet again, the deep communal divide that exists in the state, as police investigations revealed that the rape and murder was carefully planned and meant to instill fear in the nomadic minority Bakerwal community.

The narrative quickly took a political turn, with protests staged in Jammu in defence of the rapists. These protests were joined by BJP leaders, sparking a huge political controversy in the process. In the din, what was lost was the narrative of the Bakarwals -- who are a marginalised minority, with the horrific rape driving them further into the fringes. 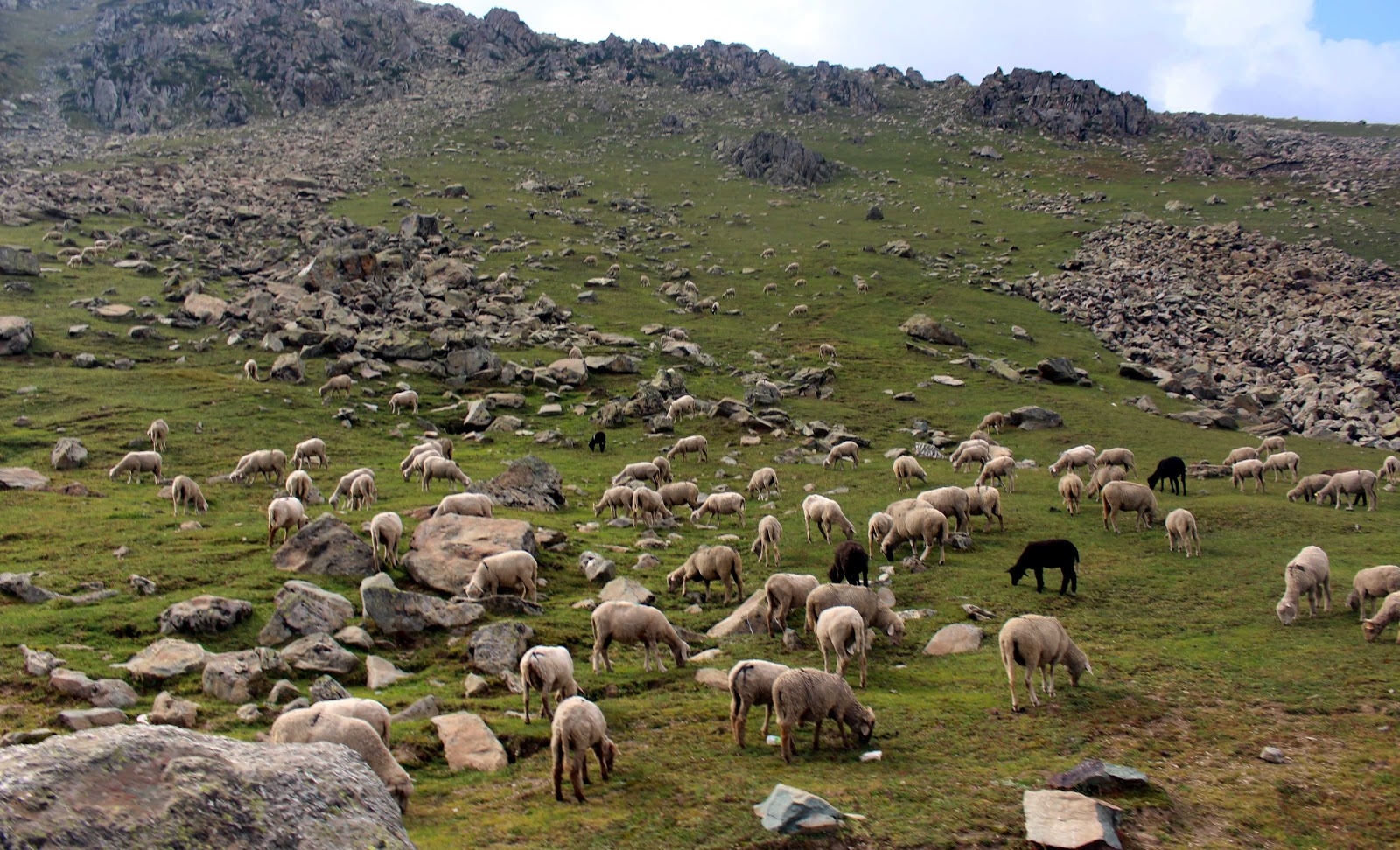 The Bakarwals are nomadic herders in Jammu and Kashmir, who wander in search of good pastures for their cattle. They are easily recognisable, travelling large distances with their animals through out the year. Every year in April - May, more than one hundred thousand people from the nomadic Bakarwal tribes arrive in the meadows of Kashmir and parts of Ladakh from areas of the Jammu region with their flocks of cattle and sheep. The Kathua rape had targeted the tribe while they were still in Jammu earlier in the year, with investigations pointing to a motive to try and drive the community out of Jammu by instilling a sense of fear in them. 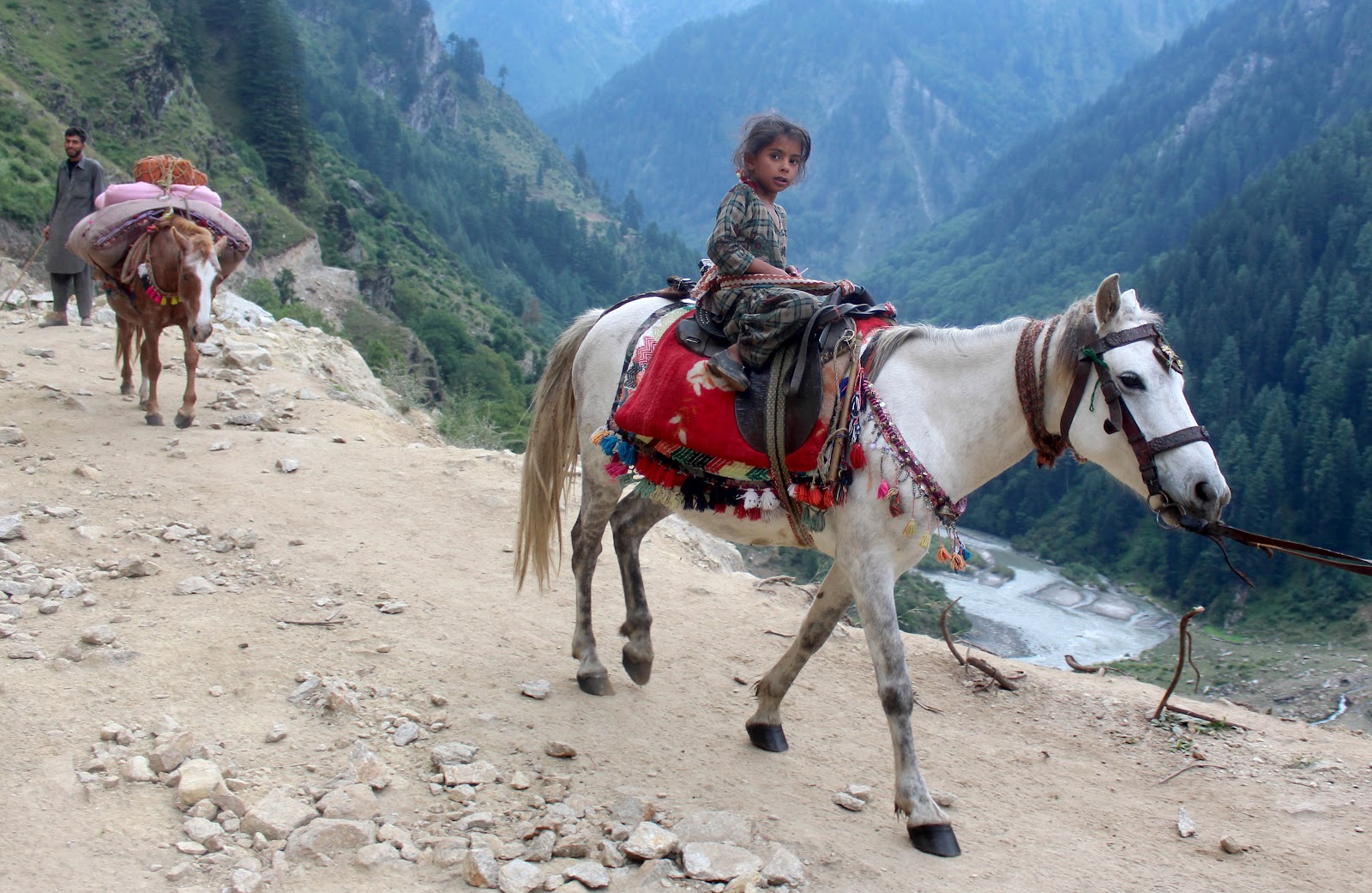 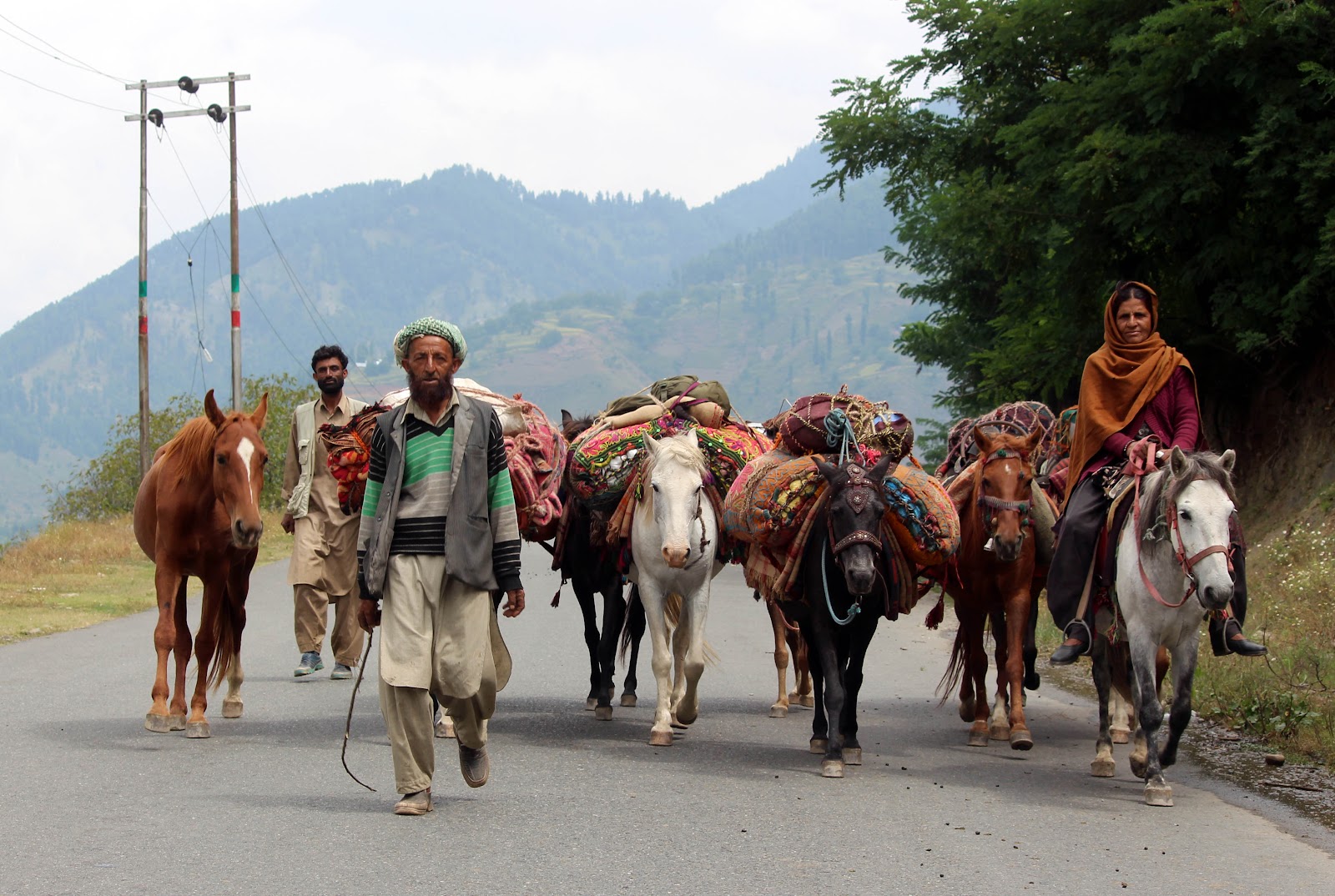 After crossing snowy mountains with their cattle and belongings, Kashmir valley's lush green meadows become their home from April to September, after which they begin their return journey. This seasonal shifting of “homes” ensures a regular flow of income for the families, but in recent times, livelihood has become hard. 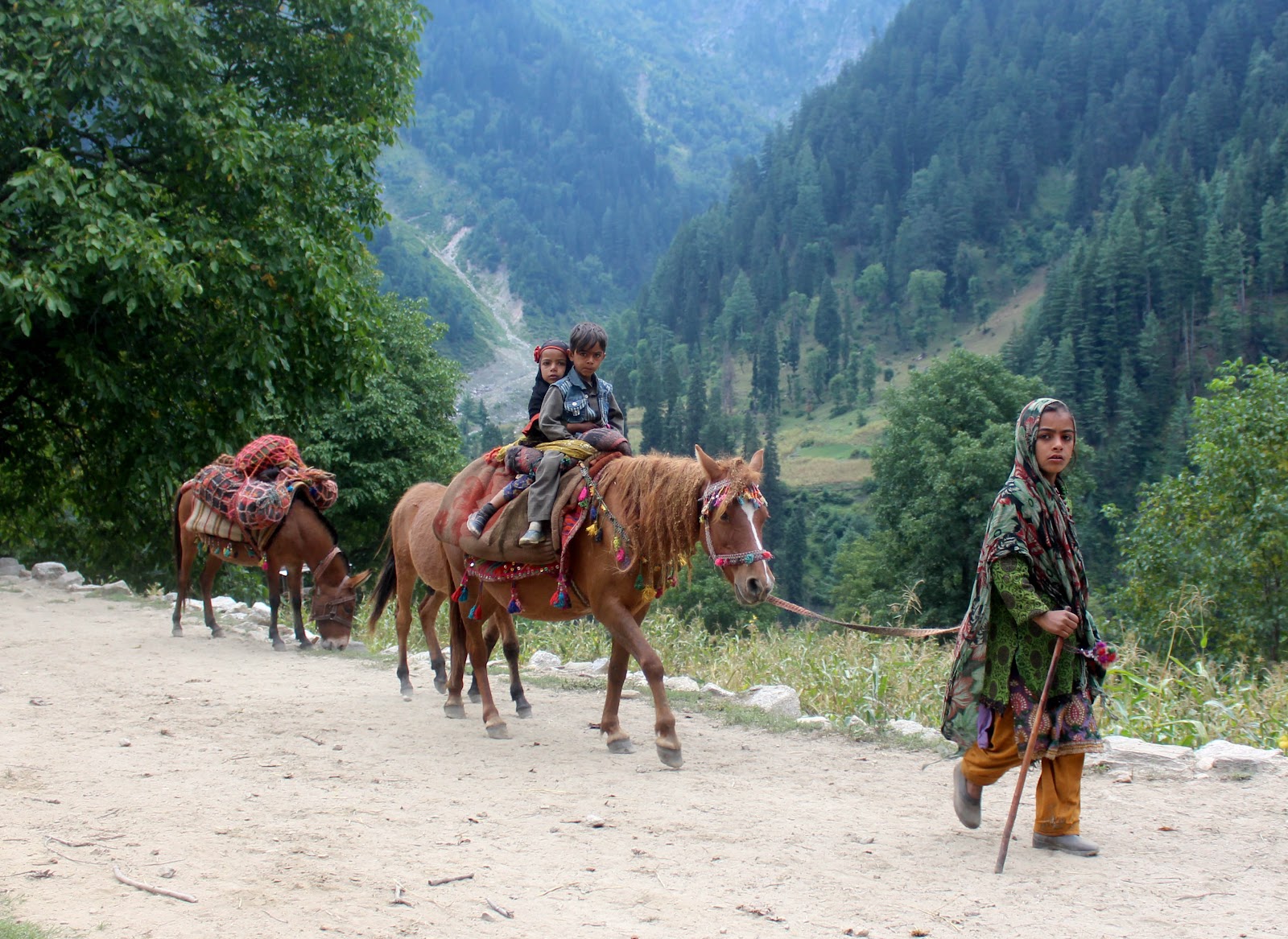 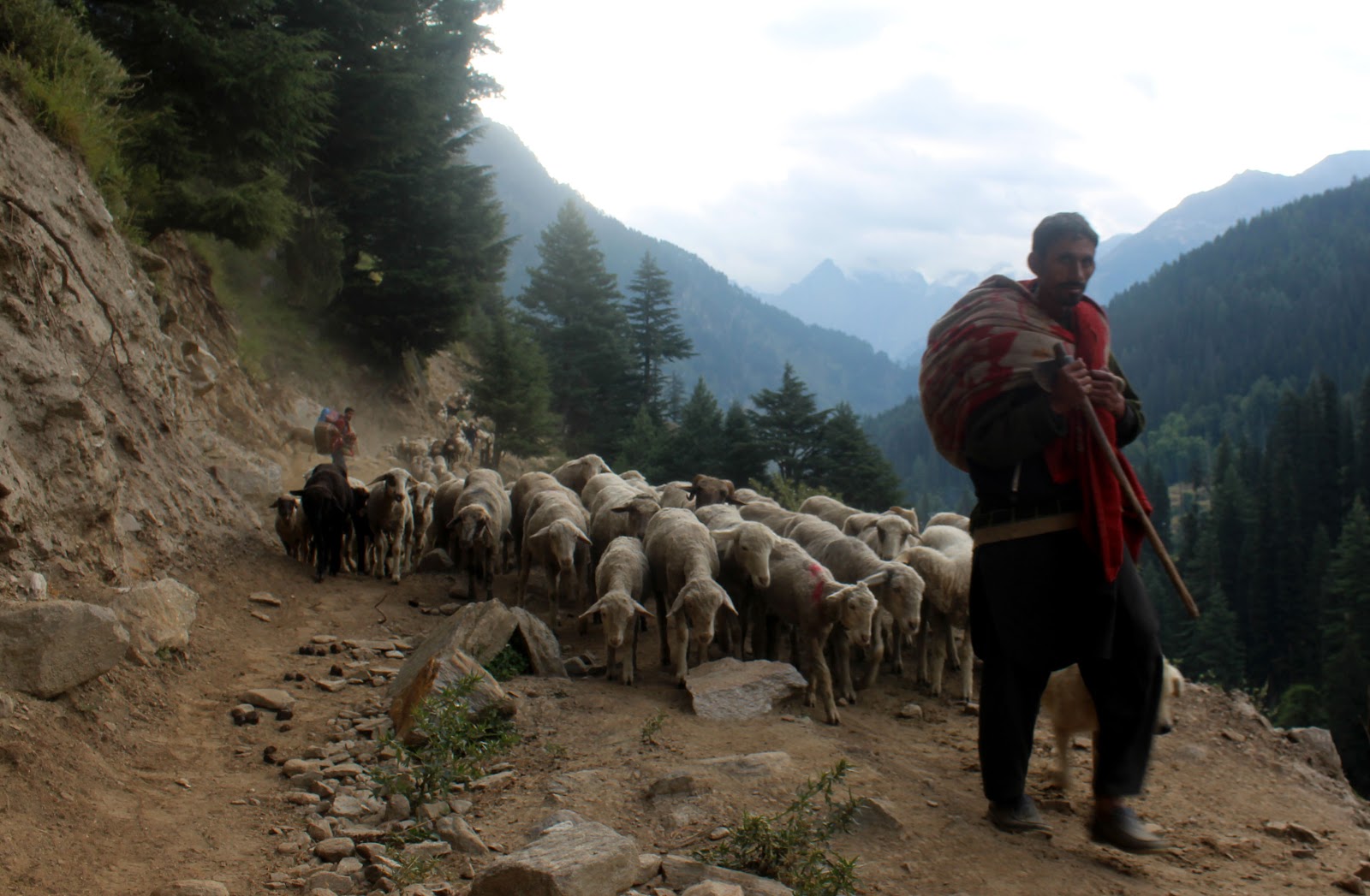 Often confused with one another, the Gujjars and Bakarwals are the two unique ethnic groups that rear flocks of sheep and goat between high and low altitudes of the Western Himalayas. In the summer, these groups migrate to the upper reaches of the valley and in winter, they take their flocks to the lower areas of the valley to protect themselves from the harsh cold. The Bakerwals are actually known to be part of the larger ethnic group known as the Gujjars. Interestingly, Gujjars follow Islam, Hindiusm and some even follow Sikhism, proving that the tribes are diverse. In Jammu and Kashmir, these tribes follow Islam, but have retained several parts of the Hindu belief system that are followed by other Gujjar tribes in other parts of the country. 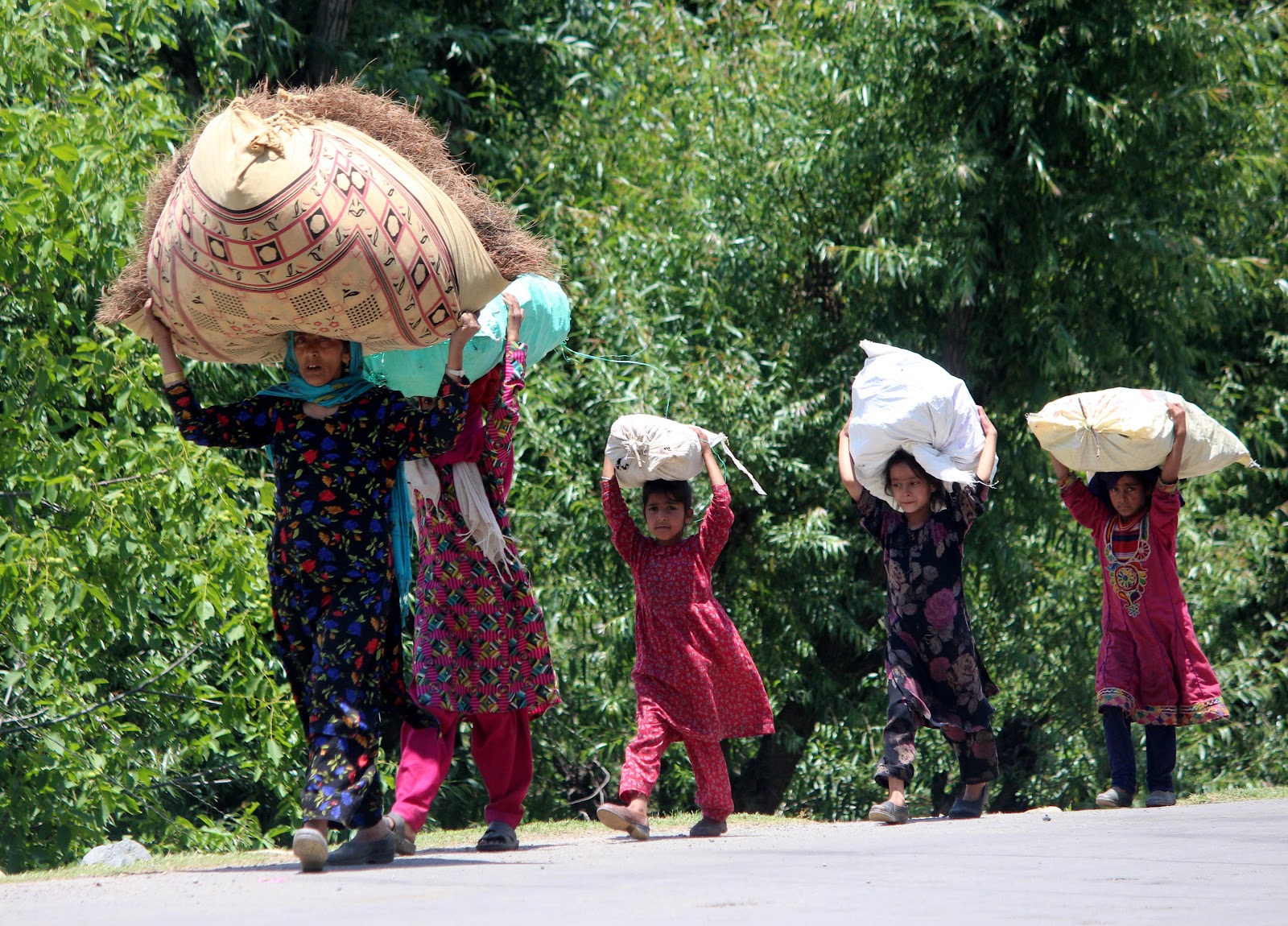 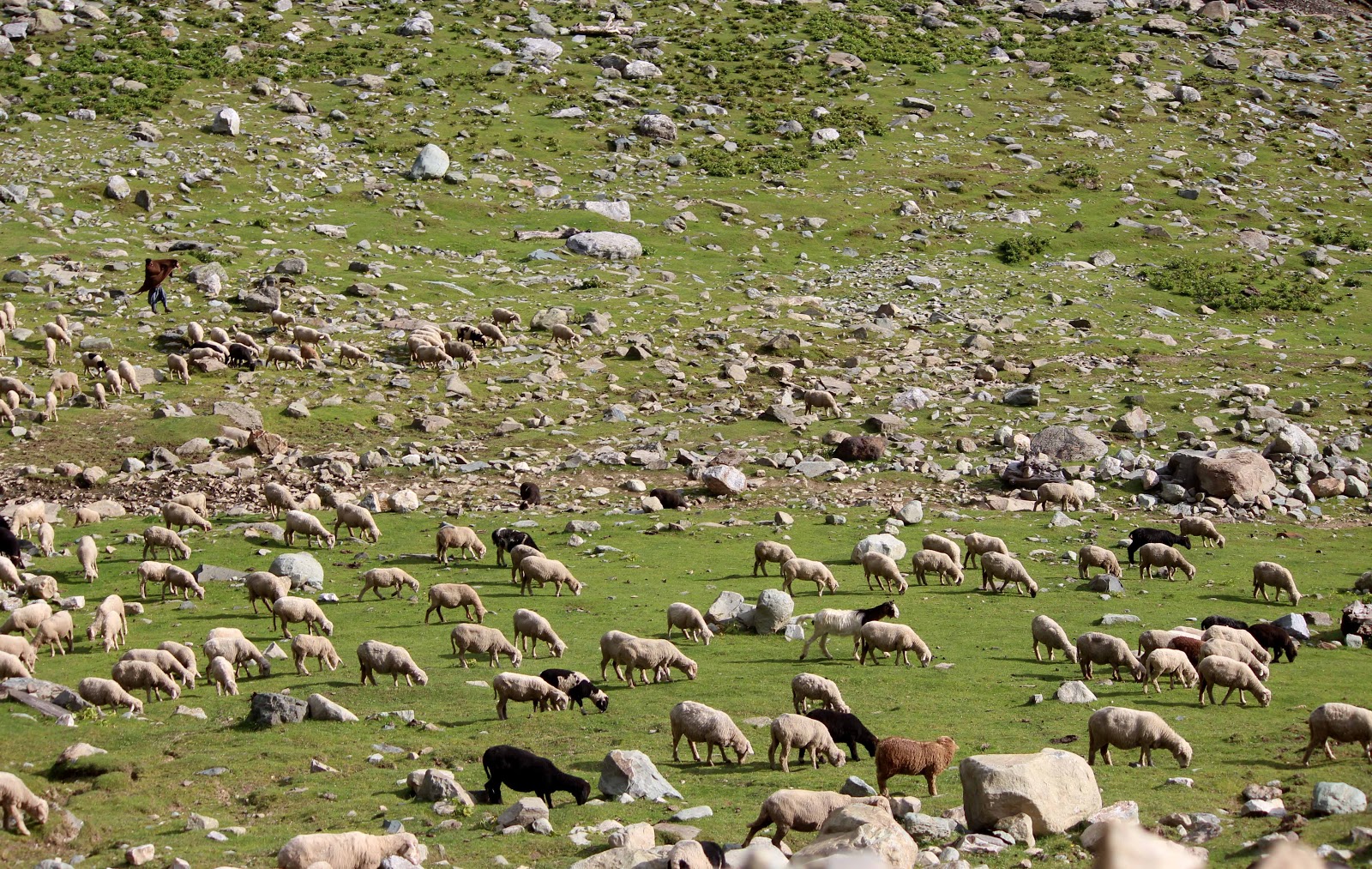 Karim Chopan, 40 - a Bakharwal nomad, said: “Our life revolves around our flocks. We setup our camps wherever our flocks are safe." Unfortunately, the recent violence targeted at the community shows that it’s not just the safety of their flocks that the group needs to be concerned about. 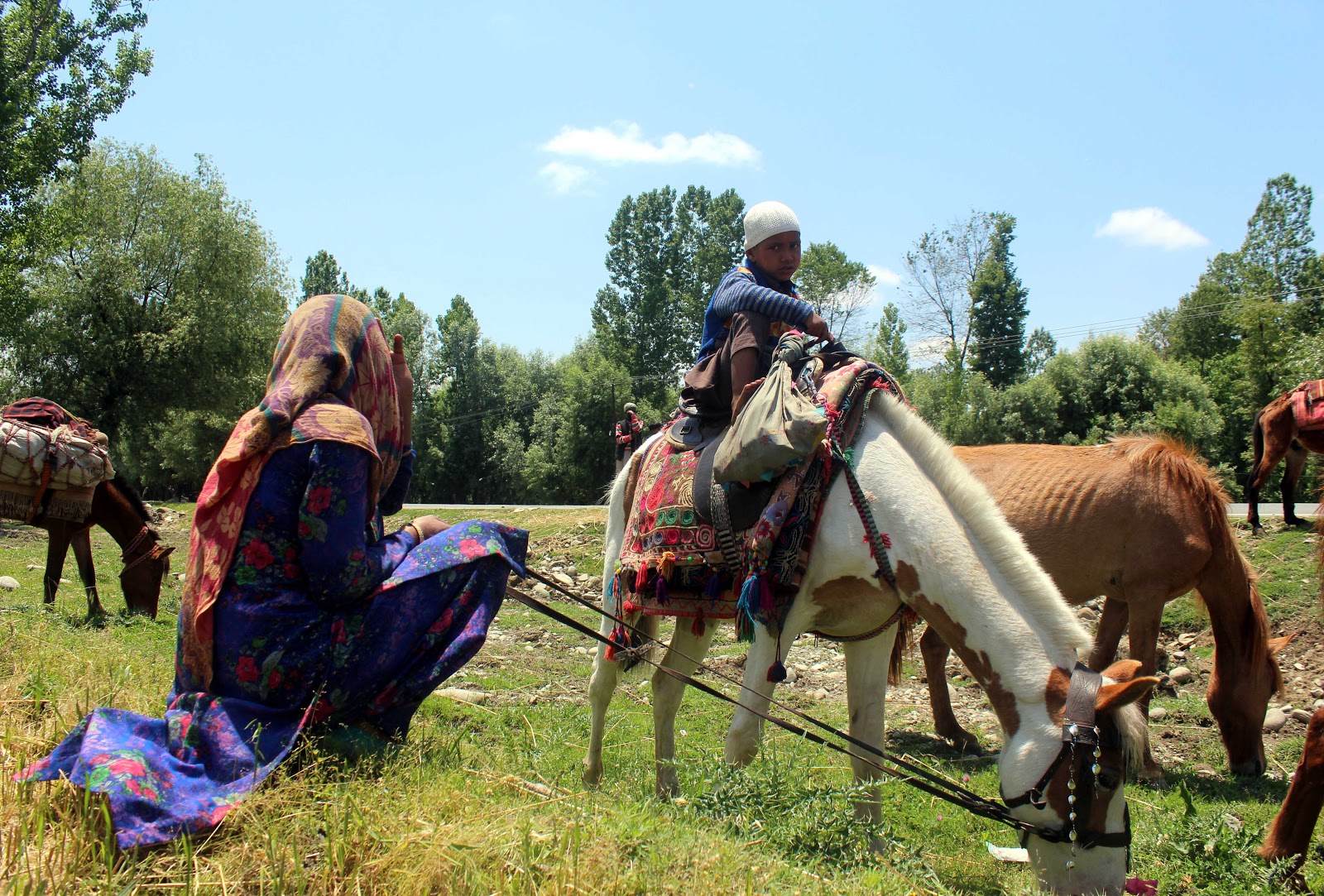 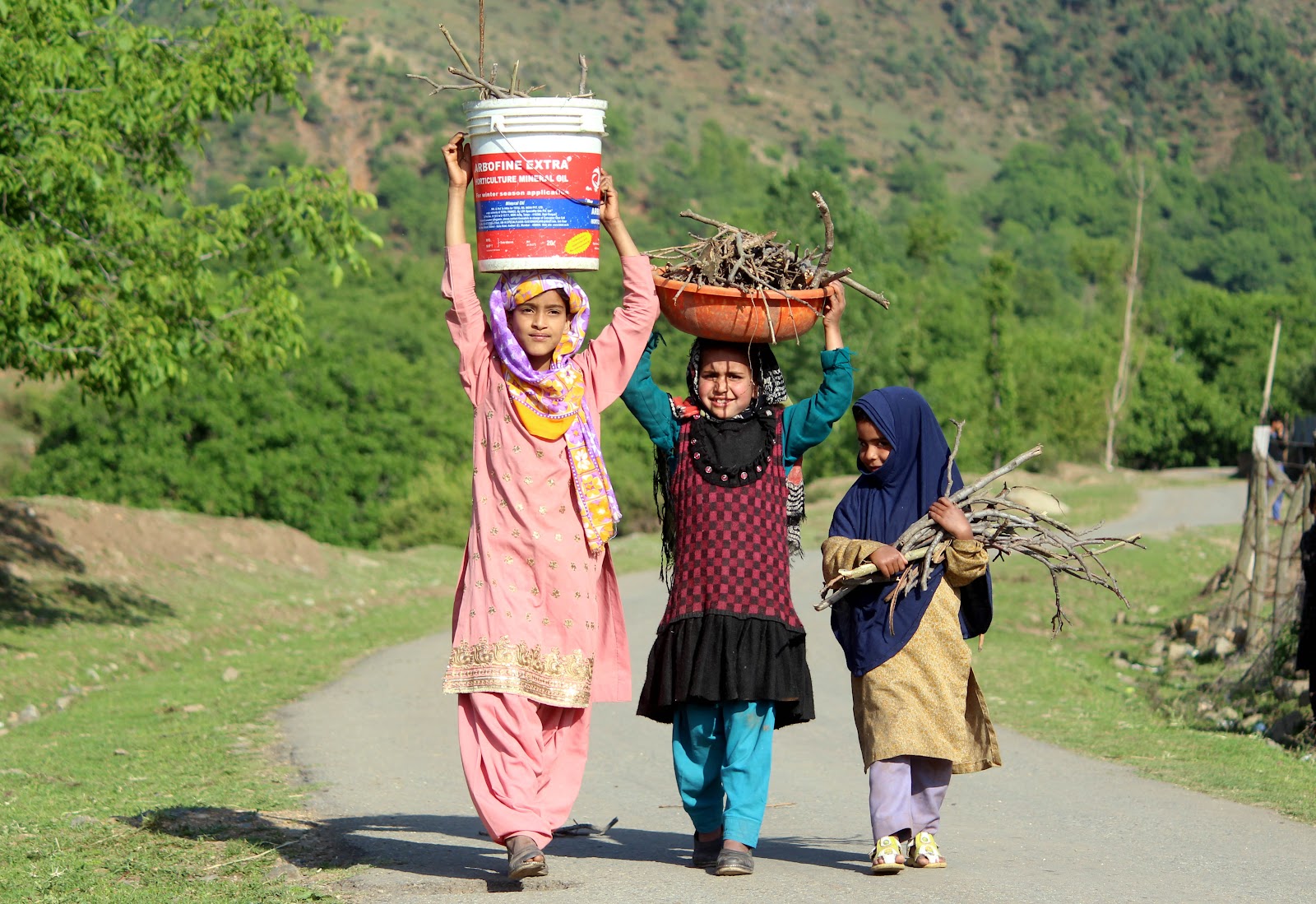 The annual migration starts when the summers hit the northern hemisphere in the months of April and May and the tribal people start their migration from the hotter areas of Jammu region to colder, mountainous region of Kashmir. As with all nomadic communities, the lifestyle of the Bakarwal shuttles between intense movement and utter stillness - it is like being privy to completely different ways of living. 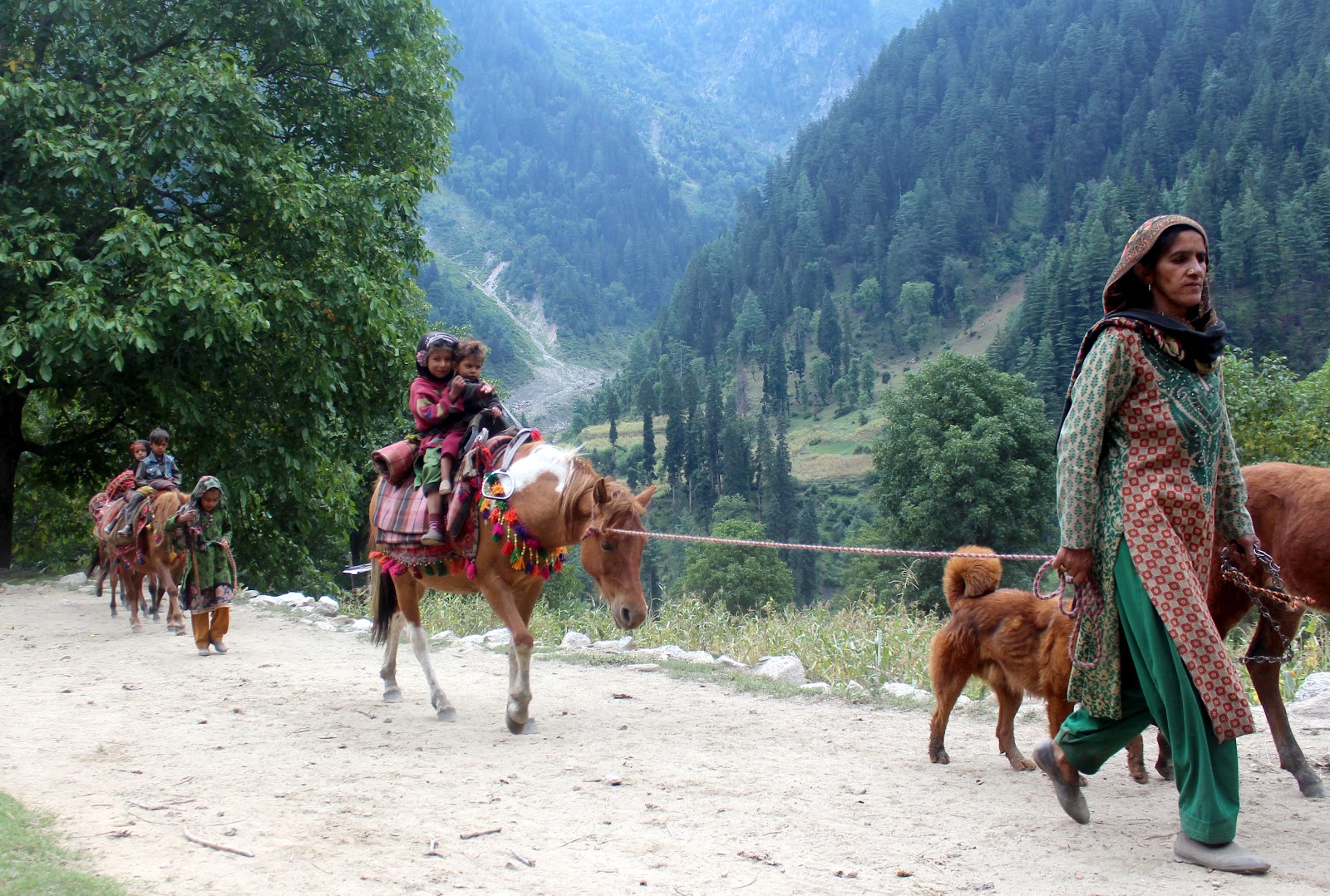 There’s a lot about this tribal community that is fascinating -- from their woolen shawls that are woven in a manner to make them almost water proof, to their knowledge of the mountains and the many herbs that grow, they are a repository of knowledge of the environment they inhabit. 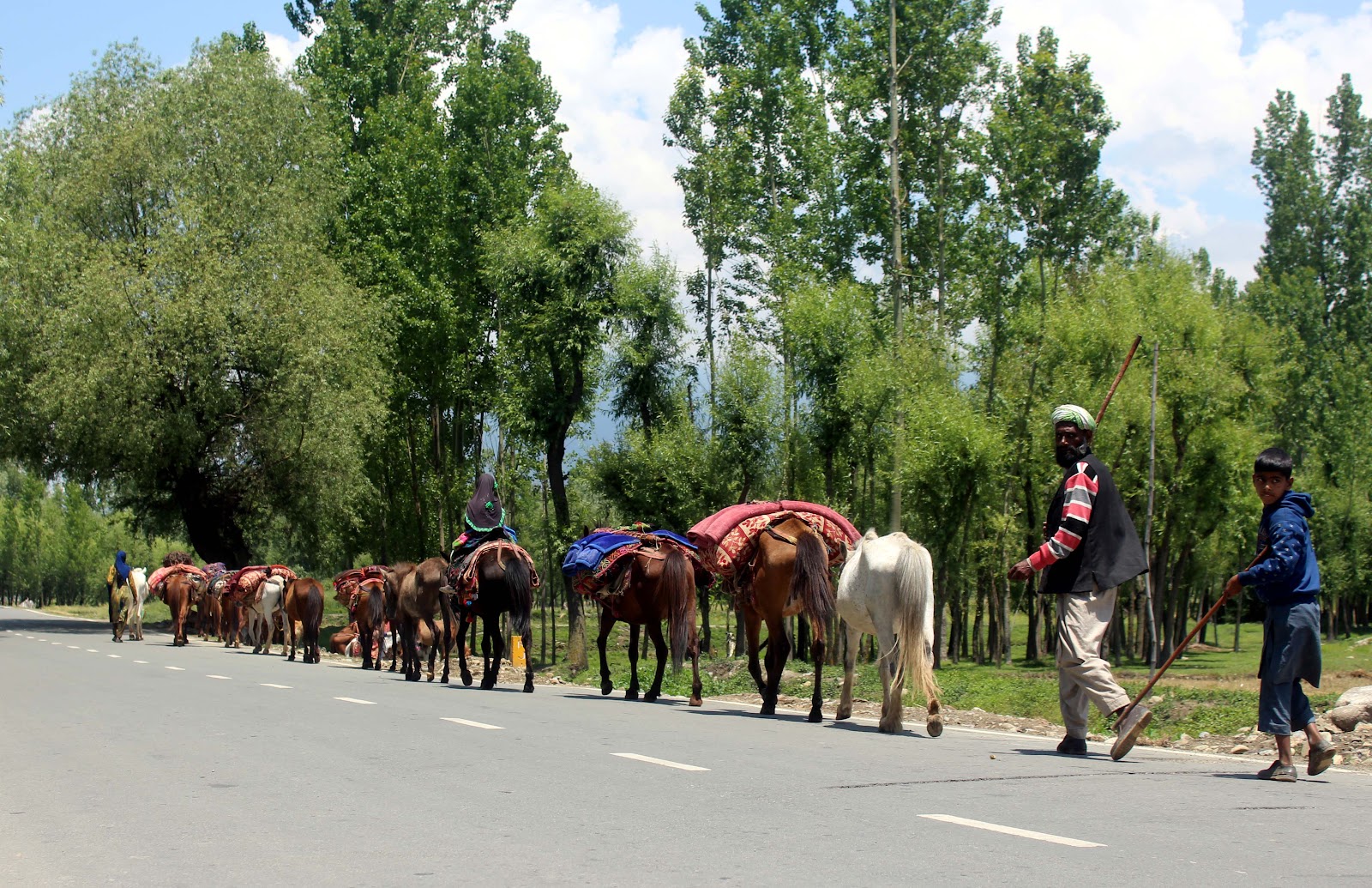 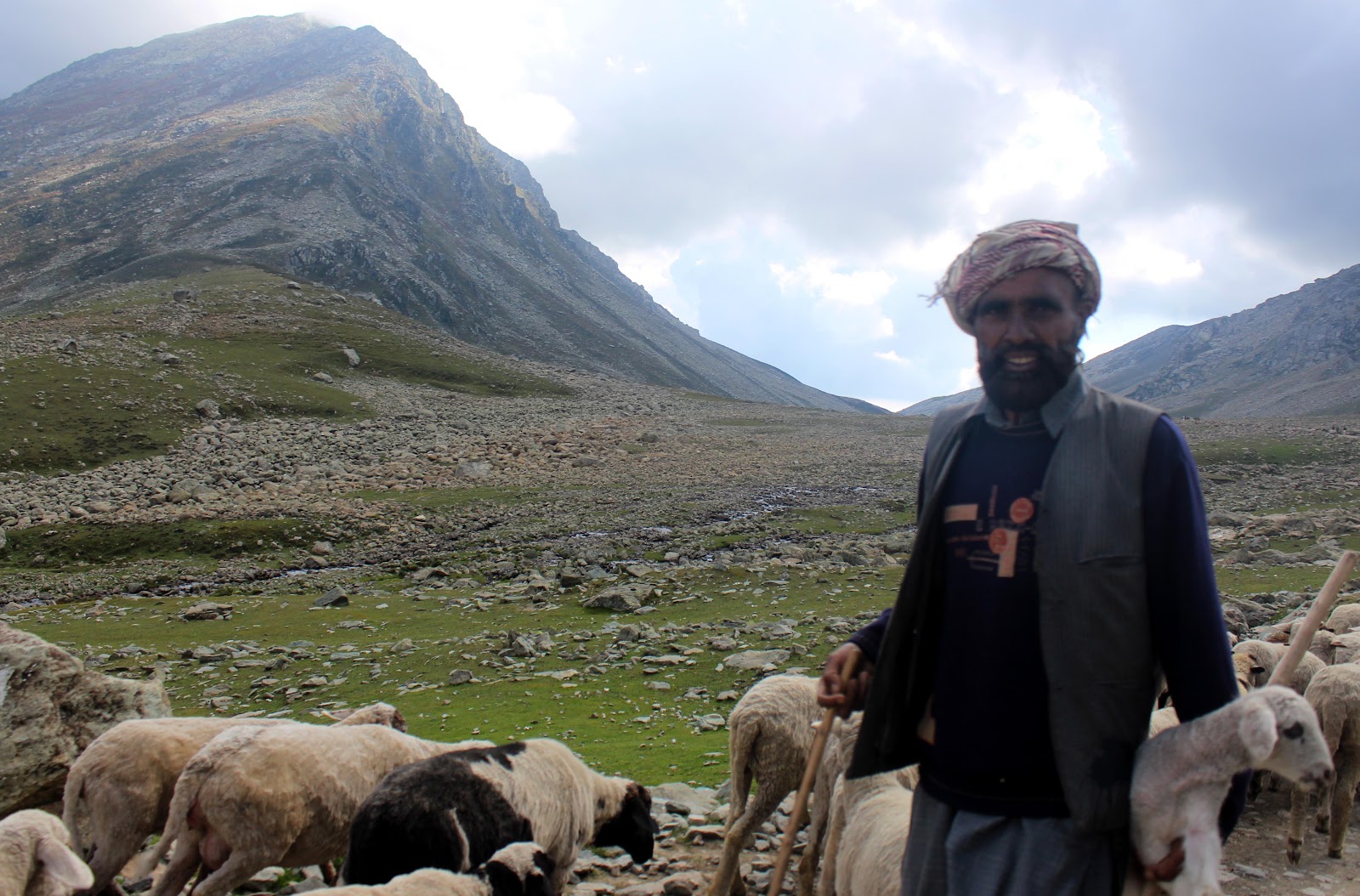 Being forced to contend with habitation more often than ever before, the Bakarwals say they often run the risk of their sheep being stolen, and their dogs being poisoned. The Kathua rape adds an additional layer of worry. 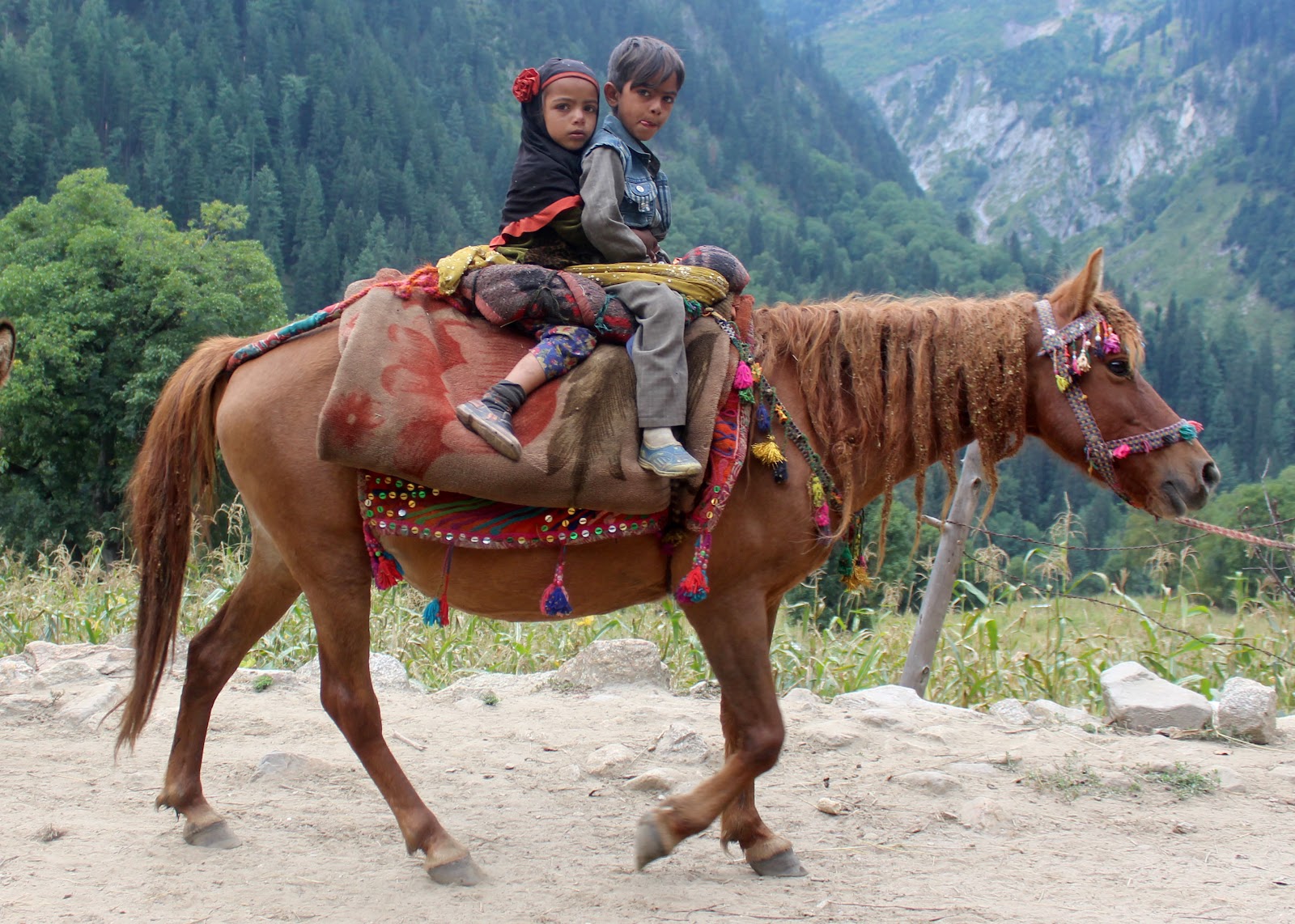 Like so many of India’s nomadic communities, the Bakarwals too are gradually being squeezed out of their niche. Many have already safer, sedentary life, with many working as unskilled labour for the road builders. 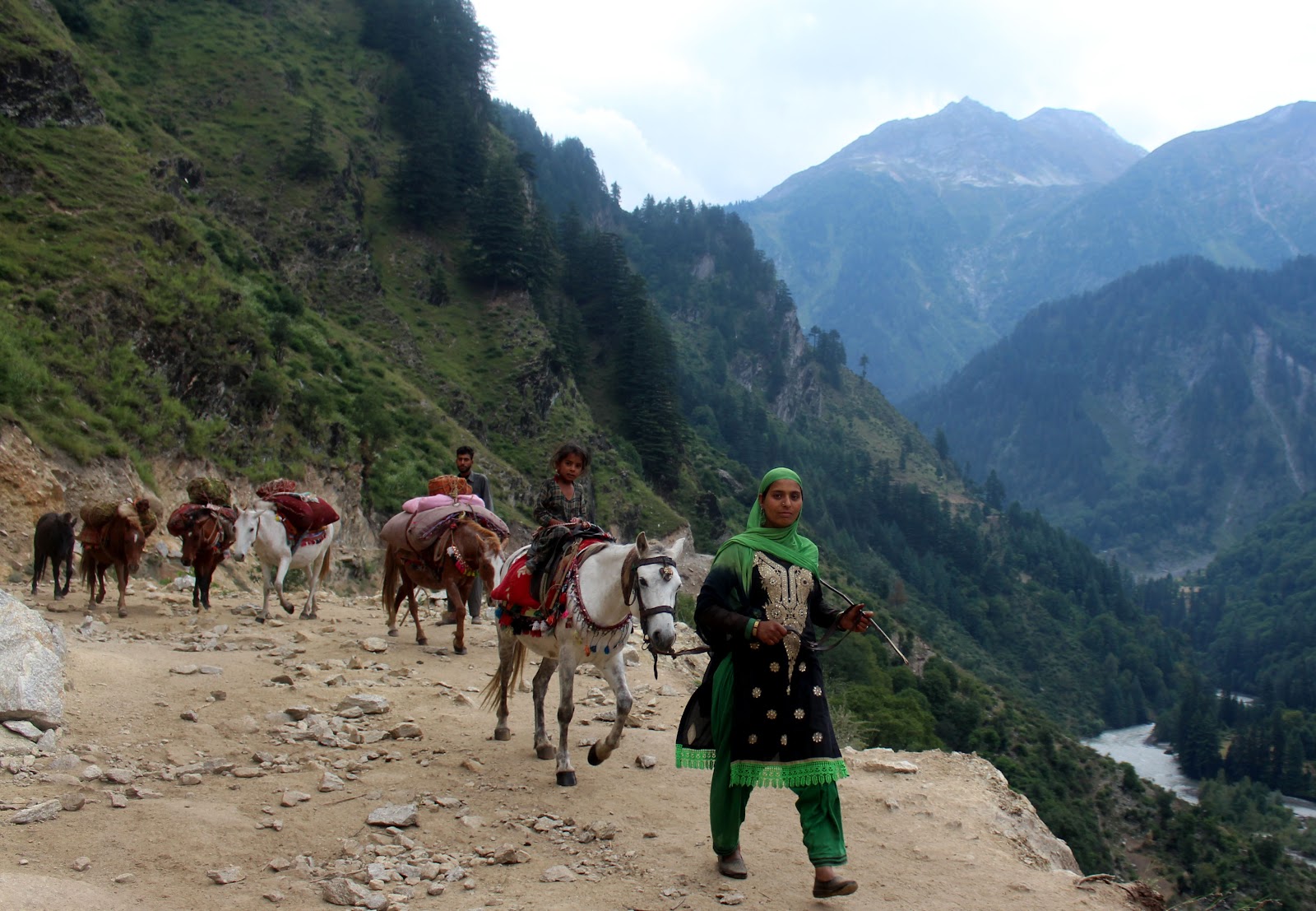 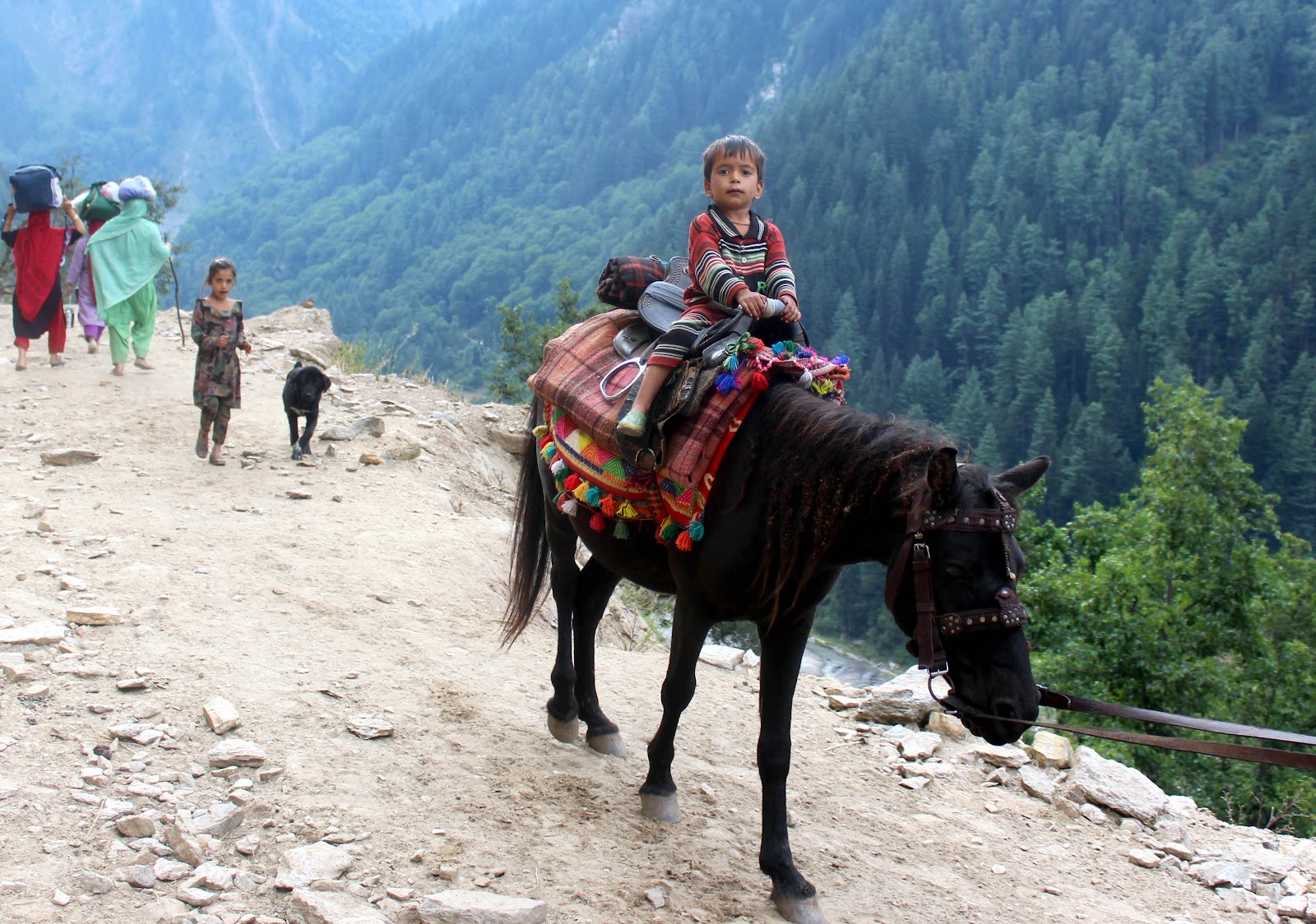 As the summer has set in, their caravan is on its way to the panoramic Marwah Valley of Kishtwar district. They will return to Kathua before the first snowflake begins to fall in the Valley in the winters. 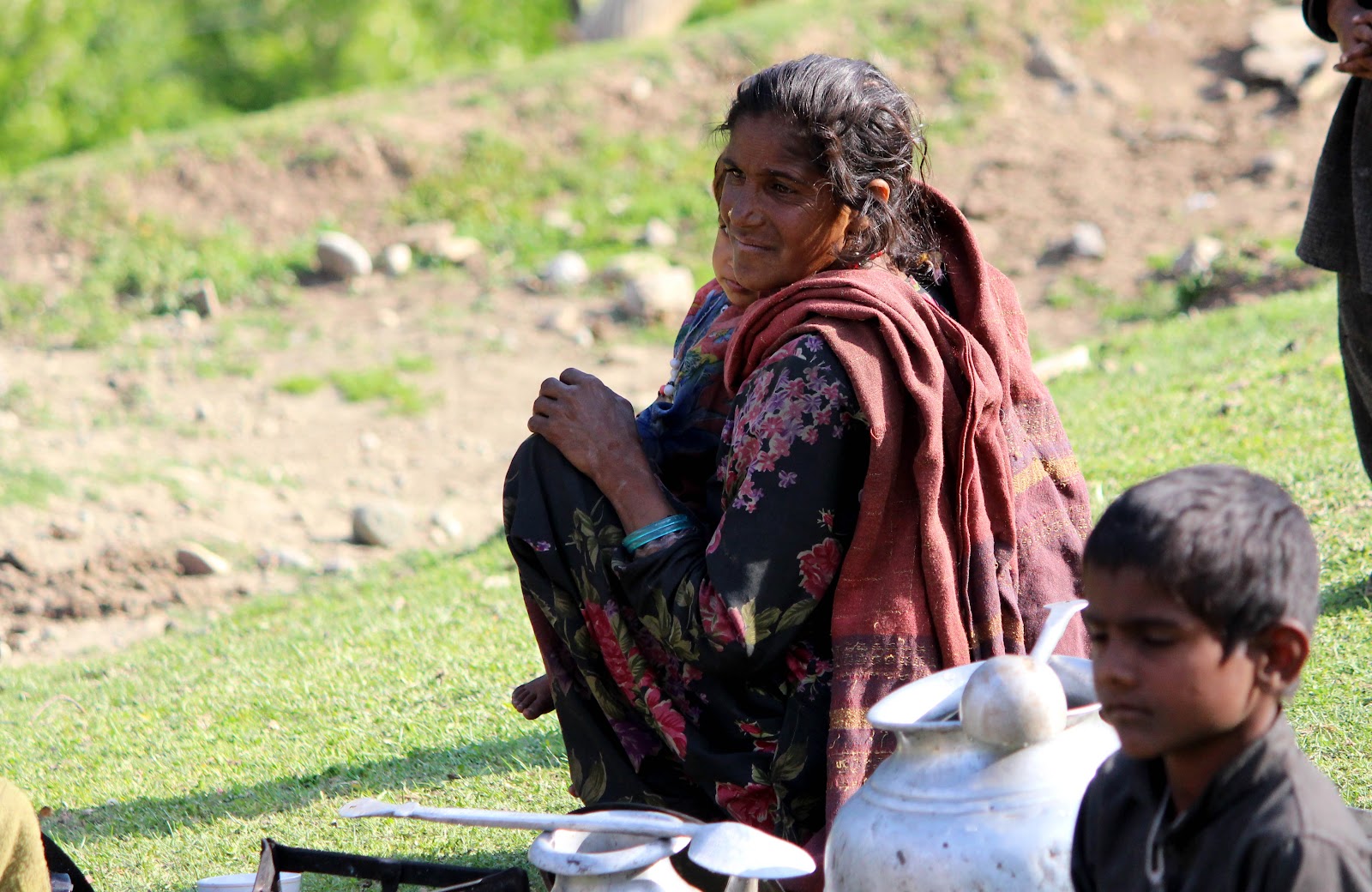 A group of Bakarwal women are having their morning namkeen sabz chai (green tea with milk and salt). Ropes made out of goat’s wool and sickles are lying nearby. Smoke billows from a dug-up earthen chulha (stove). 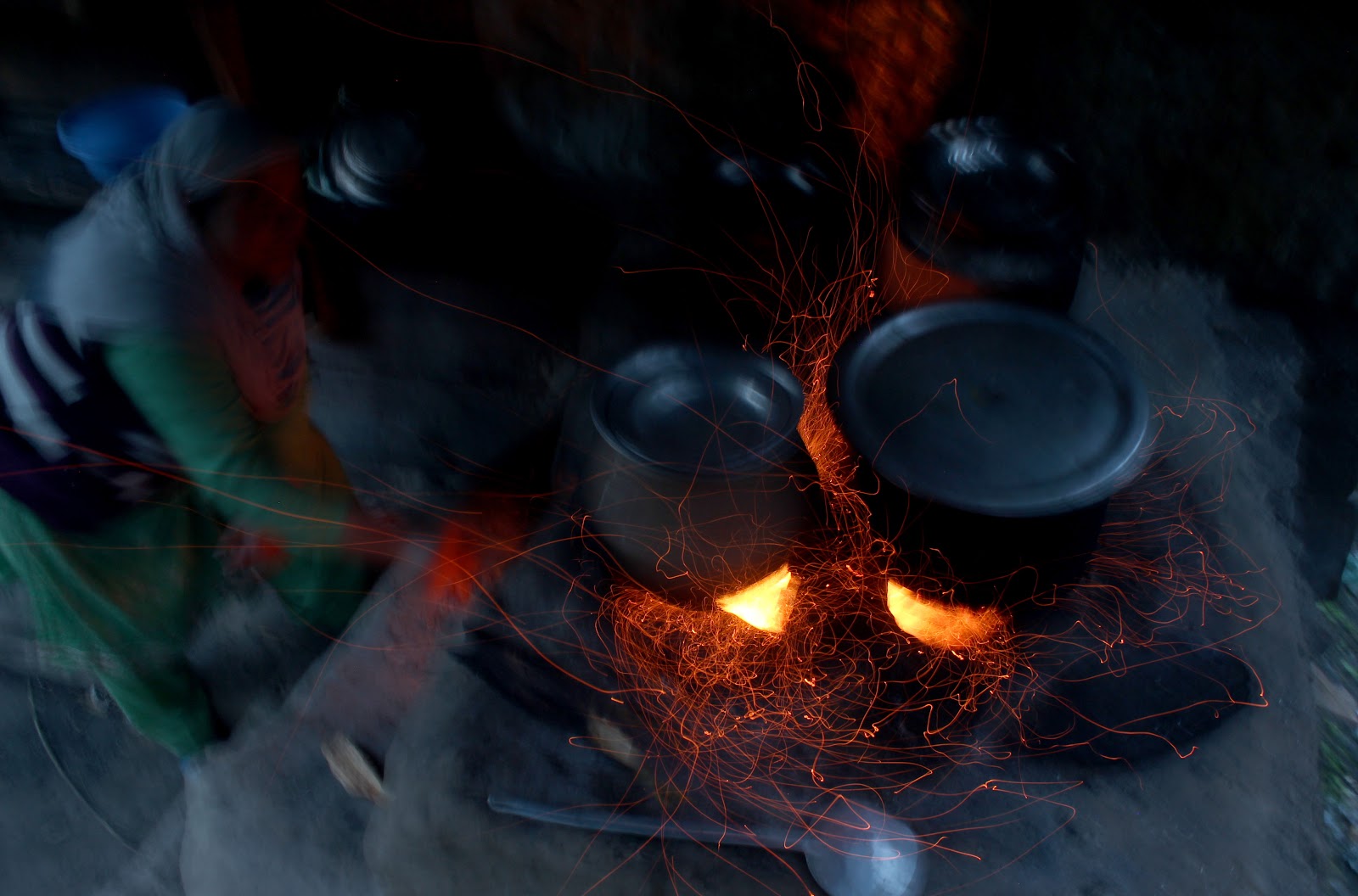 Karim Chpan,tells me about the challenges which he faces while migrating through Nagrota, Sayara, Bani, Sarthal, Bhaderwah, Thathri, Kishtwar and then Marwah. “Forests have been fenced out by the department. It has made our journey difficult. Over the years, vehicular traffic has increased on the national highway. It has become very difficult to move with the caravan during day,” he tells me with a sombre face. 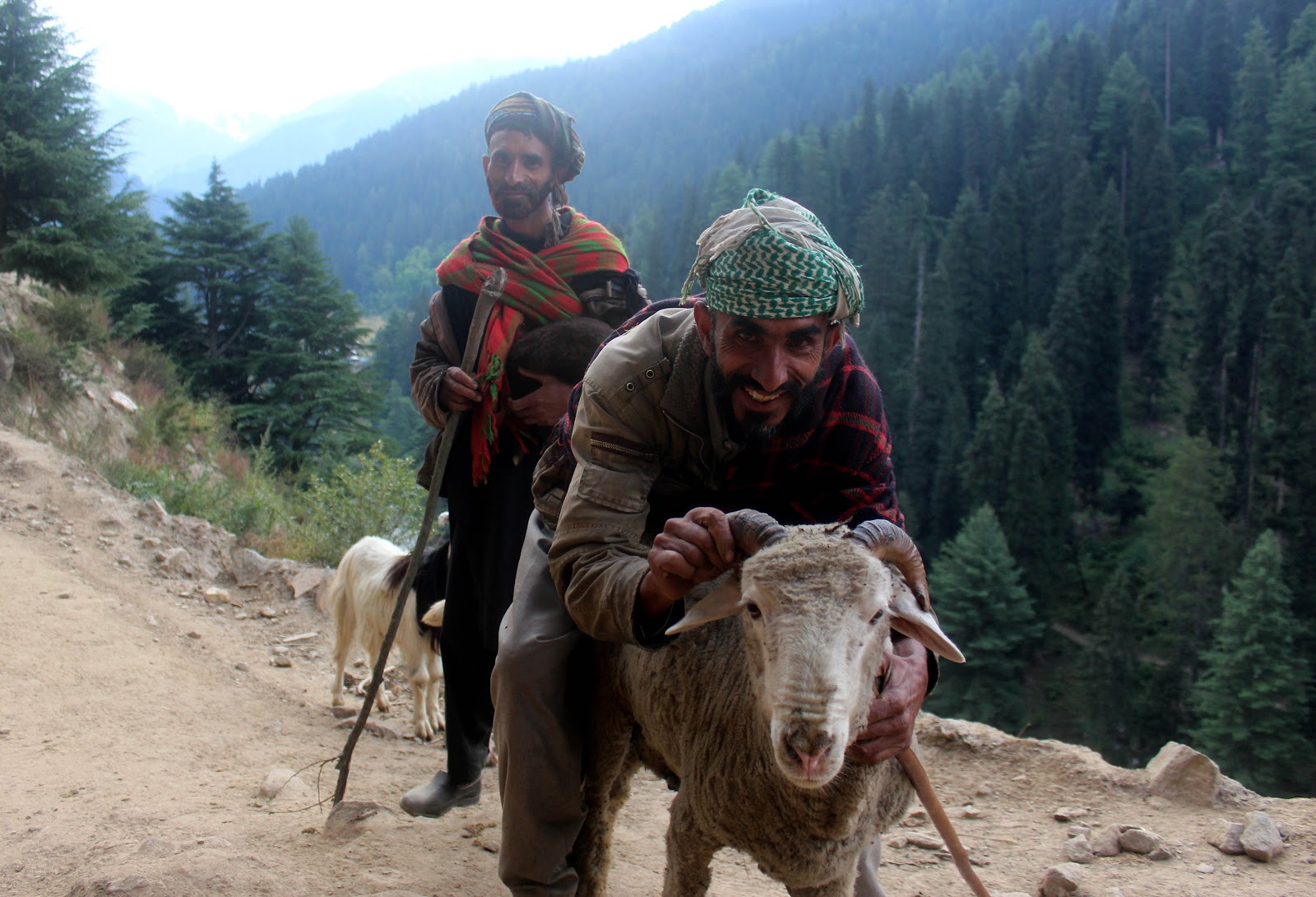 (All photos by AASIF SHAFI)